The Xbox Scarlett has already been announced by Microsoft, and the company's 9th generation console is a machine! But when does it arrive? What are the specs? And the launch games? So you don't miss out on Xbox Series X news, we've gathered everything that has officially come out so far in this article. And, of course, some very interesting rumors!

The exact release date of the Xbox Scarlett is still a mystery. At E3 2022, Microsoft just announced that the console's likely arrival on shelves would be around Christmas. However, we have to ask ourselves if this will actually happen as planned, now that we are going through a Covid-19 epidemic.

Experts point out that there may be a delay, as several companies are paralyzed indefinitely. With this it will be difficult for the mass production of consoles to happen. In this sense, it is possible that instead of end of 2020 the launch will only take place in 2022.

Or, as a last resort, much fewer Xbox Series X units are released, just to meet a minimal demand, but at a VERY high price.

As stated above, price is something that can also be affected by the Coronavirus. If Scarlett is launched at the end of 2020, in a scenario of economic crisis, it is natural that the price will be very high. If all goes well economically, let's remember that both Xbox One and Xbox One X hit the market for $499.

Phil Spencer, Xbox's Big Boss, has already given interviews in which he says he doesn't want to sacrifice performance for a cheaper video game. In other words: it will be a really powerful machine, even if it means having a higher price. Therefore, it is not wrong to assume that the console, being much superior to the One, will cost between US$ 550 and US$ 600.

If you thought the Xbox One X was amazing, forget it: Scarlett is going to be much better. Just take a look at everything that was officially released recently:

But what does all this technical information mean? All this confirms what had already been revealed previously, that the Xbox Series X will have 12 teraflops on its GPU, which is practically twice as much power compared to the Xbox One X. but at 120K, depending on the game in question.

We can also say that Scarlett will feature accelerated Ray Tracing technology, in addition to variable and adaptable shading rate, which guarantees greater performance and graphics at the same time.


Other pertinent information is that the Series X may have a proprietary card, which means that expanding the console's storage will not require it to be opened. Something that happens on One these days.

If none of that convinced you, let's show you a demo revealed by Microsoft itself, in which we can see the differences in loading screen from Xbox One to Xbox Scarlett:

For now there is little information about which games will be part of the initial line-up of Xbox Series X. However, it is known that there are 16 Microsoft partner studios developing exclusive games for the new console.

Anyway, we already have 2 titles more than confirmed for the launch of Scarlett:

Backward compatibility will be total

Backward compatibility is another point that interests players a lot. What we know from the start is that backwards compatibility will be virtually complete. That is: all Xbox 360 and Xbox One games will be playable on Xbox Series X, just like those on the original Xbox!

In addition, Phil Spencer hinted that the One accessories will also be able to be used on the Xbox Scarlett. This can represent an interesting economy for players who are already "boxists". 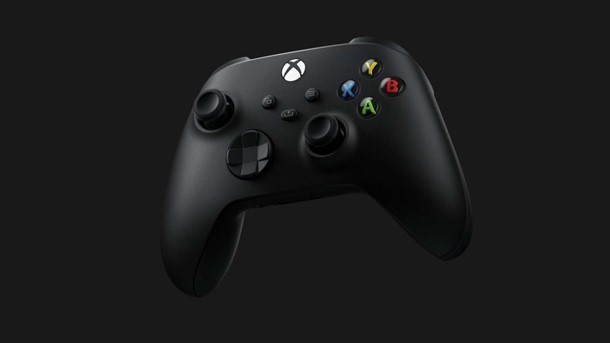 The image above shows the initial look of the Xbox Scarlett joystick. You might think that not much has changed, but the differences to current models are in the details.


We have, for example, a unique share button right in the center. Now posting and connecting to your social networks or video streaming channels will be much easier and faster. It will basically take seconds to spread screenshots or video clips to your followers and friends.

Another difference is in the D-Pad. The directional pads, important in many games, have been given a design that will allow for greater inclusion. The more "concave" and edged format will allow for more precise movements, which is essential in online shooting games, for example.

Finally, you will be able to use the new controller also on Xbox One and Windows 10 computers.

Design: Xbox Scarlett will be a gaming tower

The design is something that worries some players, mainly because of the size. After all, not everyone can set up a spacious game room. Anyway, Phil Spencer commented that the idea is for the Series X to "disappear" from your view while you play, camouflaging itself to the environment.

That's why it looks relatively smaller compared to the company's previous consoles. Which doesn't mean it's not great! Exactly to put an end to the doubts of gamers, Microsoft released a comparative photo: 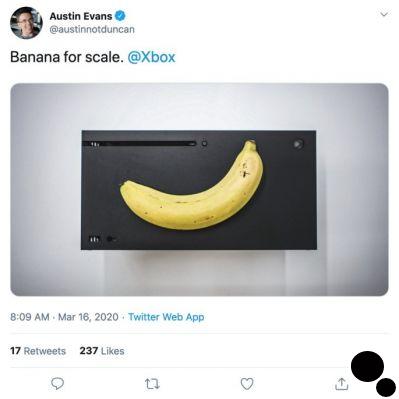 Despite the tone of joke, you can already see that Xbox Scarlett will not be as big as thought.

What to expect from Xbox Scarlett?

The Xbox Series X promises to be the best console of the 9th generation. Experts and developers are divided in opinions regarding it and the PS5. There are those who claim that Scarlett is slightly superior in technical terms to the Sony console, keeping what we saw in relation to the One and PS4 dispute.

Of course, technical specifications are not everything. We need to wait and see what the Xbox Series X exclusives will be, how it actually behaves in practice, selling price, among other factors. However, we can say that the scenario is promising, since the video game specs make it a console twice as powerful as the One X.