What does FPS mean in games?

If you're new to gaming, whether it's console or PC, you've probably heard or seen the acronym "FPS” used in games and hardware discussions.

Even if you've heard of framerate or FPS, it can be hard to be sure what it really is. After all, there are a number of factors to take into account when choosing a frame rate.

Not clear what exactly FPS is about? Want to know what that means in the game? Then read on, as we will answer almost every FPS-related question in this article!

Let's tackle the most elementary question in gaming – what really is FPS?

The acronym stands for “frames-per-second” (translated into our language to frames or frames per second) and denotes how many frames your graphics card can render every second and/or how many frames your monitor can display every second. The former depends on the processing power of your graphics card, while the latter depends entirely on your monitor's refresh rate.

FPS can also refer to the First-Person Shooter game genre.

A good example: Remember those cool little flipbooks where a pad of paper had a picture on each page, and when you flipped through the pages quickly, the picture looked animated and moved? 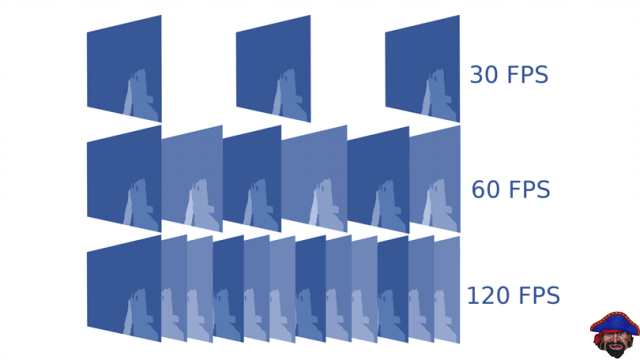 That's how video works. Whether digital or traditional film, video is a series of still images that, when viewed in order at a certain speed, give the appearance of movement. Each of these images is called a “frame”.

The frame rate, then, is the speed at which these images are displayed or the speed at which you “flip through” the book. So if a video is captured and played back at 24 fps, that means that every second of video shows 24 distinct still images.

The speed at which they are shown tricks your brain into perceiving smooth movements.

What FPS should you have in a game?

FPS ratings are usually rounded up to the following:

“In the game, the FPS determines how many frames (images) your monitor is displaying each second. The higher the FPS, the smoother and more responsive the game will feel.

In contrast, low FPS will make it feel like the game is crashing and by extension will make it more difficult and less enjoyable to play.”

Keep in mind that it is physically impossible to maintain a completely stable framerate and that it will fluctuate regardless of the power of the system you are playing on or the level of optimization in the game. Also, the higher the frame rate, the less noticeable these fluctuations will be.

What is the difference between the frame rates? 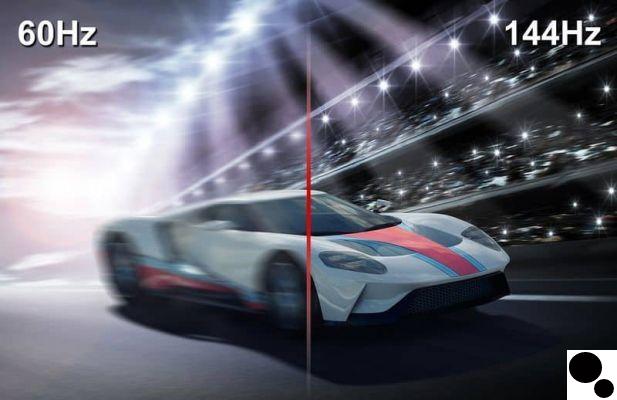 As we already explained, FPS constitutes how many frames are displayed on your screen every second. In essence, the more there are, the smoother and more responsive the image will appear.

Imagine, for example, if you were watching something running at 1 FPS. That would mean you would only see one image every second, which would result in what felt more like a slideshow than an interactive experience.


But not only will the high frame rate affect the responsiveness, it will also affect the visual experience, especially the animations. As long as a game has natural looking animations, they will appear to flow perfectly at high framerates, although more outdated games with cruder animations can actually look worse.

Do you get a high FPS advantage? 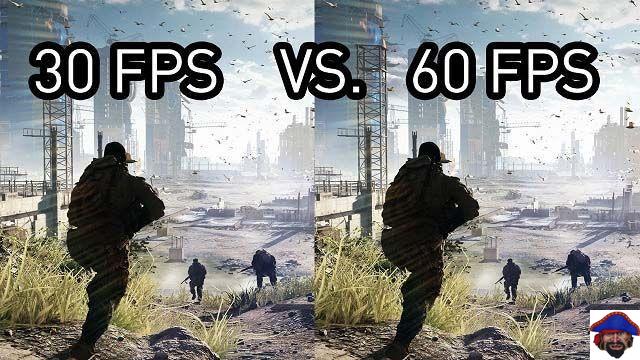 the answer is definitely Yes, but it may be more or less than you expected, and some people may not get any benefit.

So how does high FPS help?

By seeing more frames on the screen, you will be able to react more quickly to any changes that occur. In addition, a more responsive gaming environment allows you to better observe and analyze in real time.

Most would unanimously agree that the higher the better. However, the truth is that sometimes a lower FPS is better in some cases. 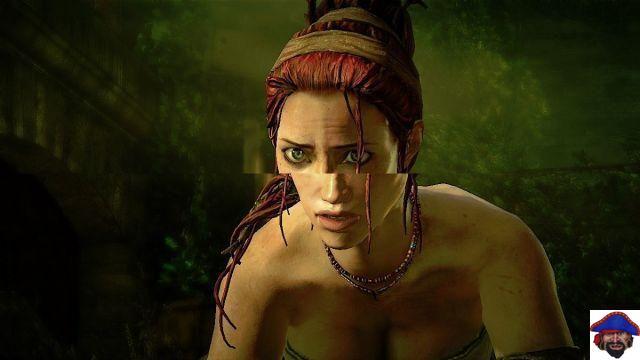 When your graphics card's frame output is out of sync with your monitor's refresh rate, you will see the screen falling apart . When this happens, you'll want to enable V-sync in the graphics card's control panel or in the game's own settings menu.

Audio Video What does FPS mean in games?
The 10 most fun challenges to do in The Sims 4 ❯

add a comment of What does FPS mean in games?