Bind is one of three maps available in Valorant's closed beta. With a theme based on the Middle East, the map has a great balance of closed, open, wide and narrow environments. Both bombsites are quite large and can be accessed via two different routes.

Attention: The region names on the map below are the official names that appear in the game. As the game progresses, it is very likely that the community will replace most of the names. Check the map. 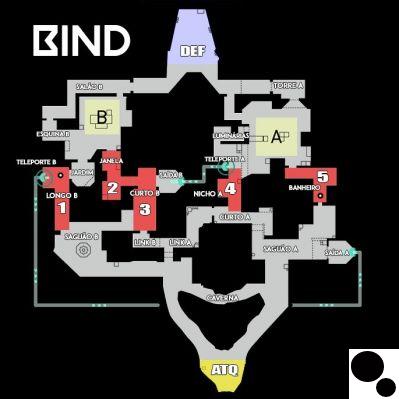 Bind's big difference is that, at least so far, it's the only map that has teleporters (circled in green on the map above) that instantly take players and projectiles to another point:

Teleporters allow automatic rotations and the execution of fakes (pretend to attack one bombsite and take the bomb to another). However, the strategies are only viable if the team that wants to rotate has control of the Window and the Bathroom, two intermediate regions between the teleports exit and the objectives. 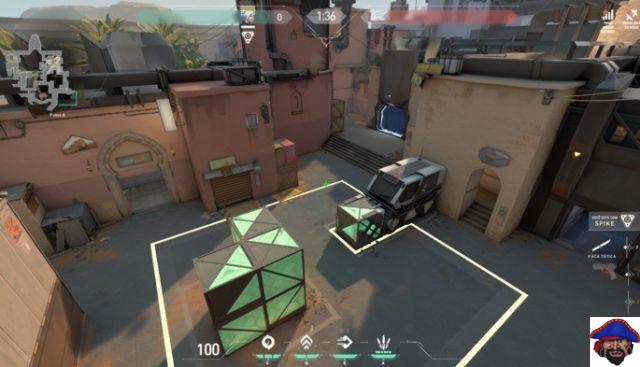 Accessed through the Bathroom and Short A (also called the Middle), Bombsite A usually has Defenders within the site, in Tower A, and in the Luminaires (also called 3D). 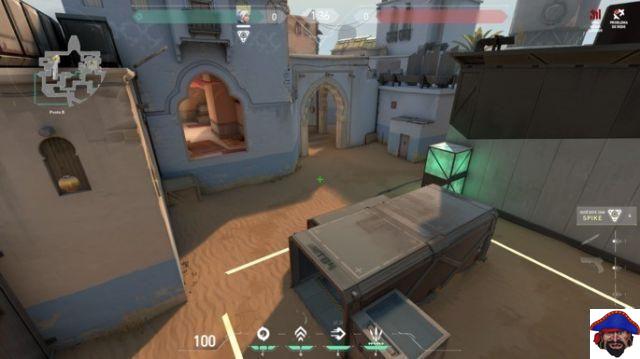 As large as A, Bombsite B is a little easier to defend due to the narrow entrances through the Window (also called the Hookah) and the Garden. In addition, any Attacker that enters through the Window will be vulnerable at the time of the takedown, which gives a great advantage to the defense. Defenders are usually found inside the site, on Corner B or back in Hall B. 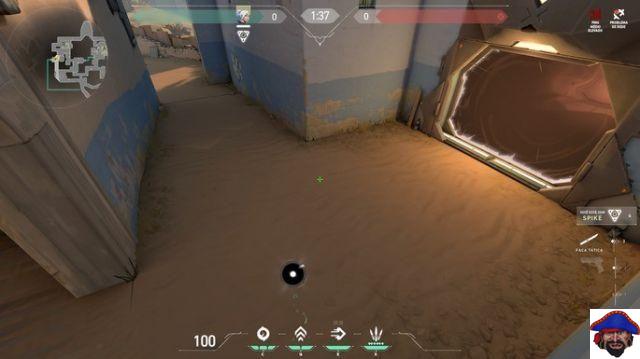 Long B is an unpopular region on the map as Attackers need to expose themselves very early to control it. It gives access to Bombsite B and Teleporter B (which leads next to the Bathroom). The region also contains an Ultimate Orb more accessible to Defenders. 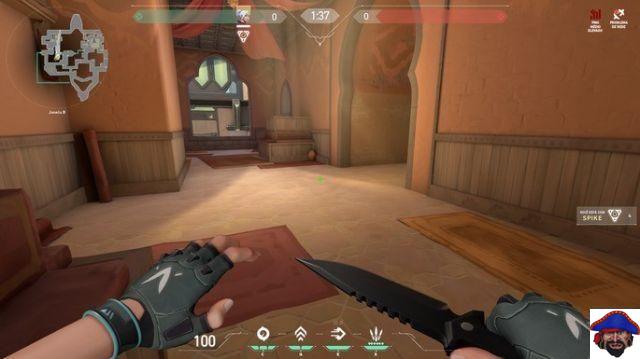 By far one of the most important regions on the map. The Window, also called the Hookah, is the main entrance to Bombsite 2 and is one of the places where skills are most spent on both sides. The defense can choose to actively defend the Window (from inside) or even from outside, retreating to Bombsite B, as Attackers need to jump out of the window to invade.

Window Control is essential to Attackers as it allows quick rotations and fakes via Teleporter A. 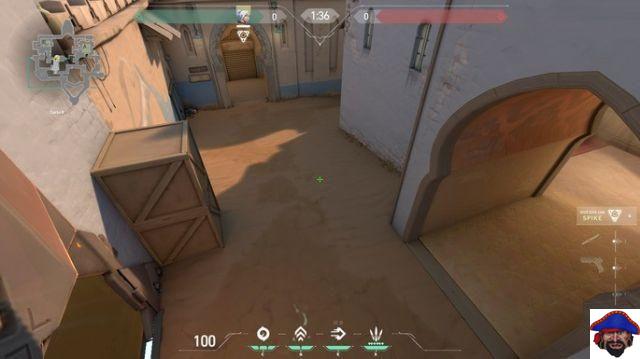 An intermediate region before the Window. Here there are only combats if the defense has chosen to advance the Window region. 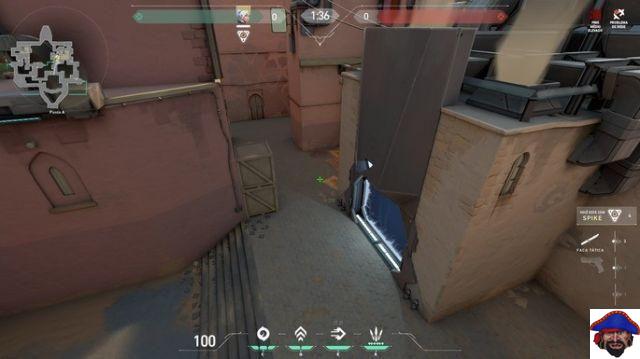 Another extremely important point, Short A is also called Middle by some players. The region is the most viable entrance to Bombsite A and gives direct access to the Teleporter. Any Attacker entering through this point should be on the lookout for Defenders in Tower A and the Luminaires, especially. 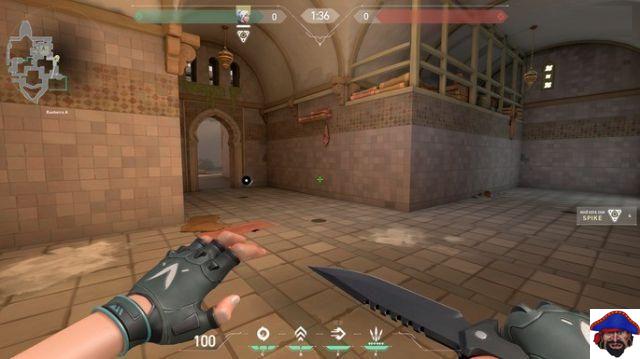 The Bathroom is the most difficult entrance to Bombsite A, as the exit is very narrow and easily defended by snipers. The location is closed and has an Ultimate Orb more accessible to Attackers. Having control of this area allows the attack to make fakes on B and use the Teleporter to return to A.

Valuable tips about the Bind map

Audio Video Valorant: Complete Guide to the Bind Map!
See 10 rare Minecraft items and how to get them! ❯

Know all the Elos (patents) of Valorant!

Learn all about the Split map in Valorant!

add a comment of Valorant: Complete Guide to the Bind Map!