In addition to being super innovative, the Nintendo 3DS has a huge library of amazing games that go far beyond Nintendo's exclusive titles. Adventure, Action, Thriller, RPG, Fighting and Strategy are some genres that you will find in this list of the 20 best games for 3DS. Check out!

1. The Legend of Zelda: A Link Between Worlds 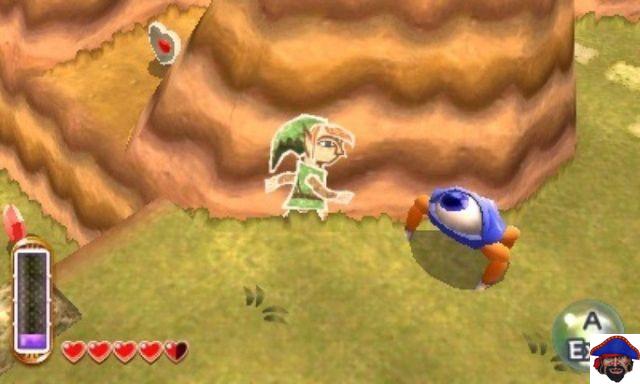 The Legend of Zelda: A Link Between Worlds is much more than a simple Zelda reproduction for the 3DS. The game is surprisingly original and has managed to add many new facets to the series, without leaving aside all the classic elements that make Zelda such a success.

It's worth mentioning that in addition to A Link Between Worlds, you can also play Majora's Mask and Ocarina of Time on 3DS! 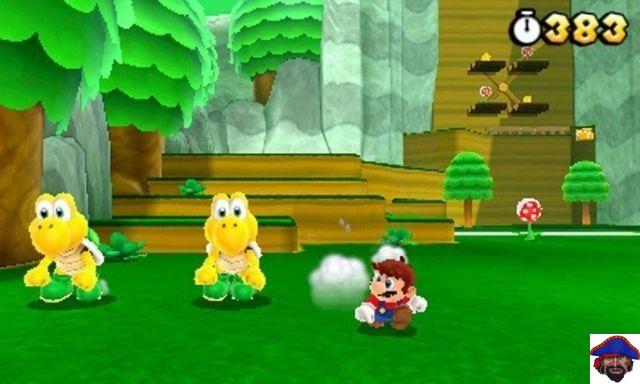 Super Mario 3D Land is another game that managed to innovate on the 3DS. With very creative level design that varies between 2D and 3D, the game looks very much like a mixture of New Super Mario Bros. with Mario Galaxy with its numerous minigames, puzzles and high level of interactivity with the environment. 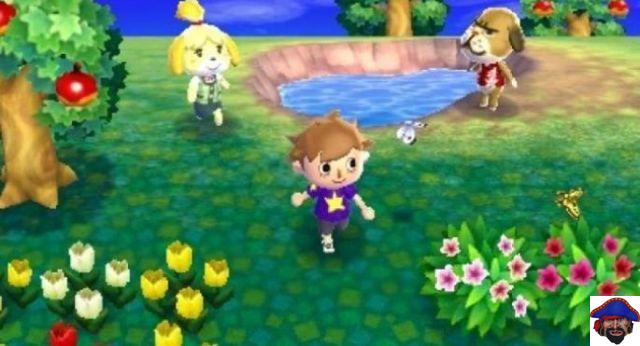 Animal Crossing: New Leaf is one of the cutest and most addictive games on the 3DS. With its captivating characters, numerous customization options for characters, houses and even the village, the game has kept its lovely and simplistic style, but has not left out the great content. 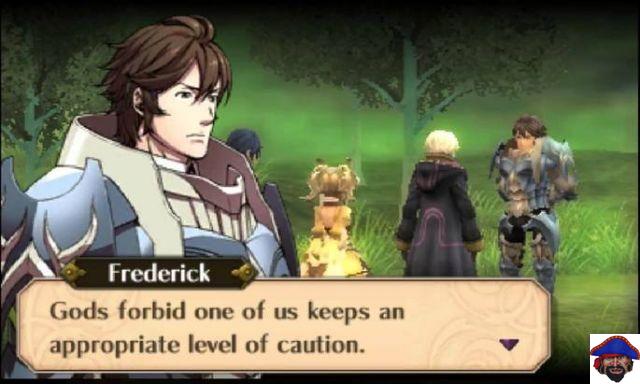 Nintendo's famous RPG could not be left out of the 3DS. Fire Emblem: Awakening continues in the tradition of turn-based combat combined with elements of board strategy games. Undoubtedly a mandatory game for fans of the genre and a great success at the time of its release. 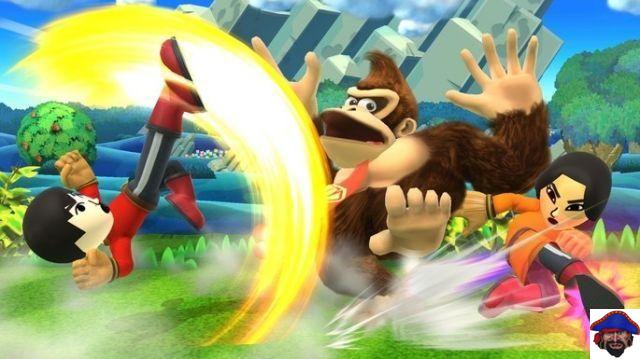 Nintendo's biggest fighting game franchise has successfully adapted its complex gameplay to the 3DS. Here you can compete in extremely fun combats using your favorite Nintendo characters like Mario, Link, Pikachu, Donkey Kong and MANY others. Traditionally, Super Smash Bros. offers one of the best multiplayer experiences to play with friends, and its 3DS version is not far behind. 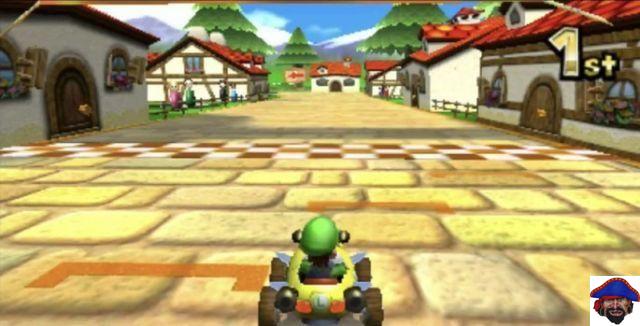 Nintendo's biggest racing game franchise, Mario Kart lands at number 7 on the 3DS. This time the game has more than 30 tracks, car customization options and the option to play using the device's gyroscope. 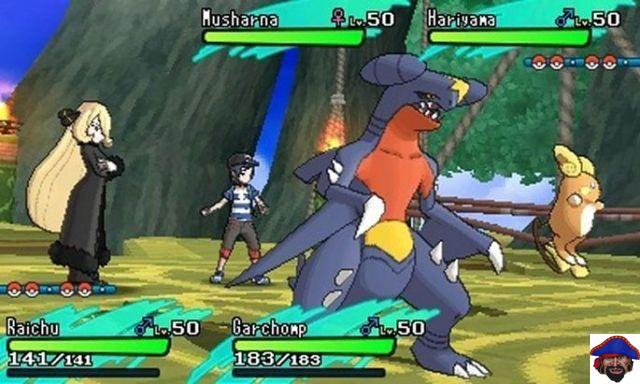 Sun & Moon is one of the best Pokemon games for 3DS. The games kept all the traditional elements of the series and introduced character customization options, new moves known as “Z-Moves”, among other mechanics. 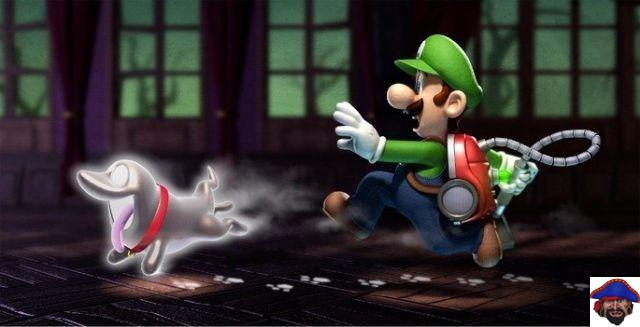 Dark Moon is the continuation of the first Luigi's Mansion game and has 5 missions, each with a different theme. The levels are still full of secrets that can be discovered through a new black light mechanic. For those who like multiplayer, the game also has a mode in which up to 4 players compete to see who hunts the most ghosts. 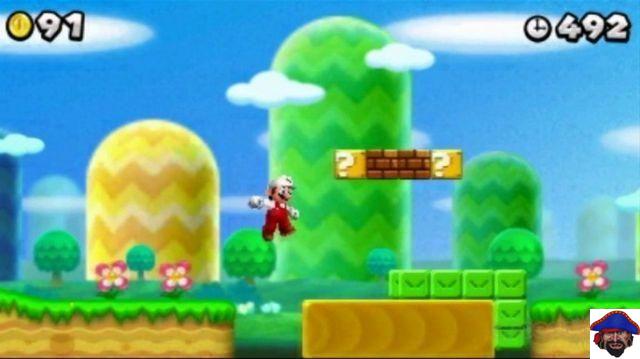 New Super Mario Bros. 2 offers the classic Mario platformer experience, but with greatly improved graphics. The story remains exactly the same (saving Princess Peach from Bowser's hands), but this time the game also puts a lot of emphasis on collecting coins. All in all, New Super Mario Bros. 2 has 85 levels, most with secret areas and more than one way to get through. 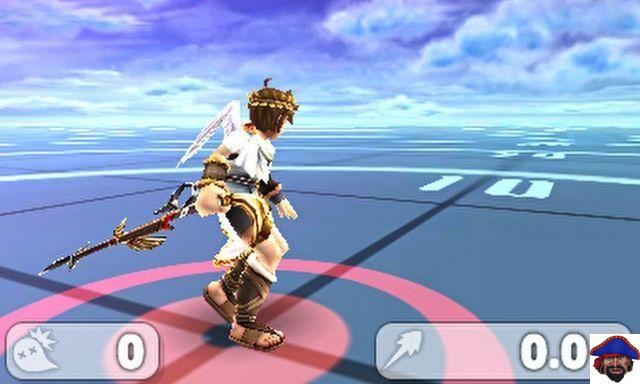 From the creator of Super Smash Bros., Kid Icarus: Uprising belongs to a not so well-known Nintendo franchise. This time, we control the angel Pit in a third-person 3D game in an action-packed adventure, lots of content to unlock and great multiplayer components. 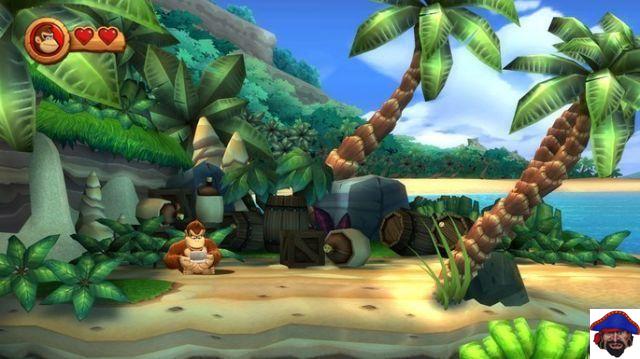 Nintendo's famous apes have returned to the 3DS in a classic platform adventure. The game has almost all the classic elements of the series (like hanging vines, minecart stages, the famous golden KONG letters, etc.), but it also presents several new mechanics, in addition to the well-known multiplayer support in which each player controls a monkey. 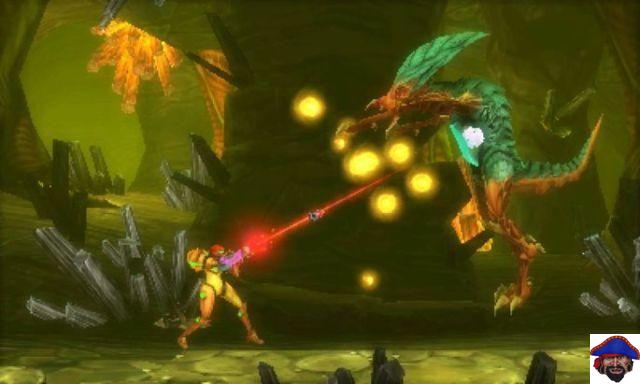 Metroid: Samus Returns is a treat for any fan of classic games from the famous bounty hunter. The game basically does not innovate in anything compared to the first games and has remained extremely faithful to elements that appeal to players' nostalgia. As a small differential we can mention the 3D graphics and a new mechanic that reveals secret regions on the map. 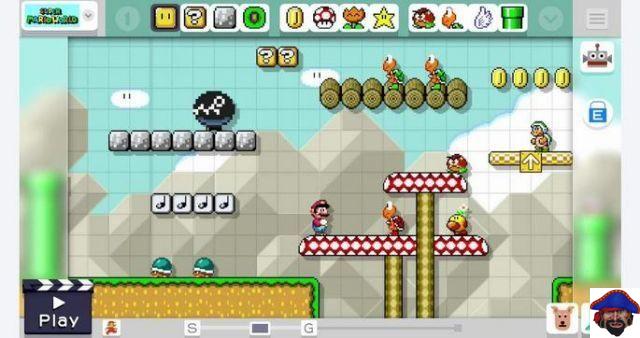 Super Mario Maker also replicated its success on the 3D handheld. The game follows the same platform style as the classic titles of the franchise, with the great difference of allowing players to create their own levels through a tool-rich editor. All in all, you can build your stages using elements from Super Mario World, Super Mario Bros., Super Mario Bros 3 and New Super Mario. 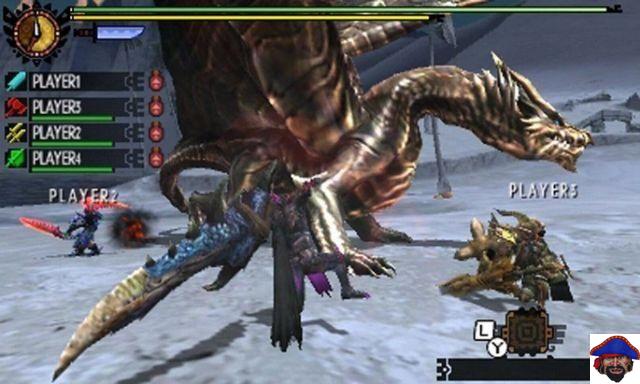 Monster Hunter 4 Ultimate is one of the best action RPG games created for handheld devices. The game has great graphics for the platform, with flashy visual effects and electrifying combats. The content is also extremely vast and the amount of equipment you can customize your character with is massive. 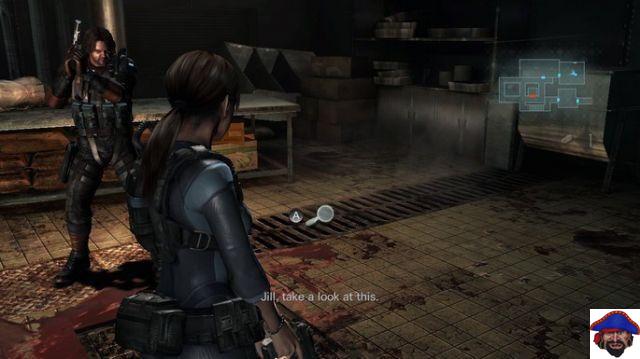 Resident Evil Revelations explores the highest quality graphics that the 3DS can offer. The game maintains the classic Resident Evil style and its 12 hours of gameplay maintain a great balance between action and suspense. The game also has a multiplayer mode called “Raid Mode” in which players can cooperate to advance in the scenario and reach the objective. 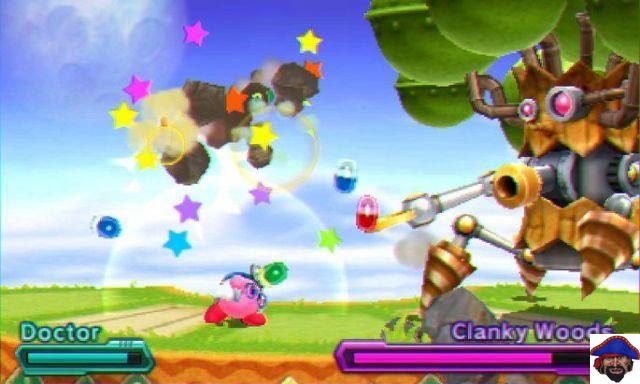 Nintendo's pink ball could not be left out of this list. In Kirby: Planet Roboblot our hero will have to fight a cyber invasion that has turned his world into a scenario full of robotic traps. This time, in addition to his powers, Kirby has the help of the game's star: a robot armor with numerous abilities such as flamethrowers, saws, electric beams and that can even transform into a car or a ship! 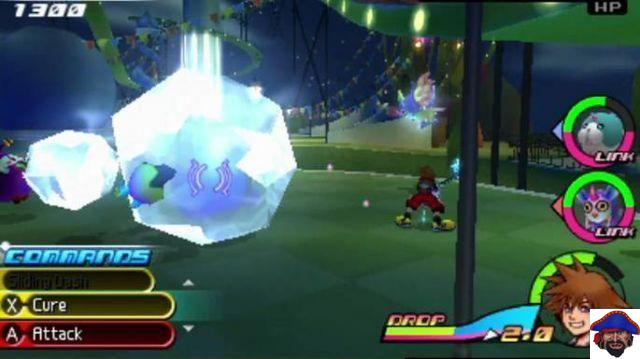 Kingdom Hearts 3D: Dream Drop Distance is a third-person action RPG that puts you in contact with different Disney characters and settings. In the midst of countless frantic battles where you can use combos and spells, you will find famous characters like Pinocchio, Hunchback of Notredame and many others. 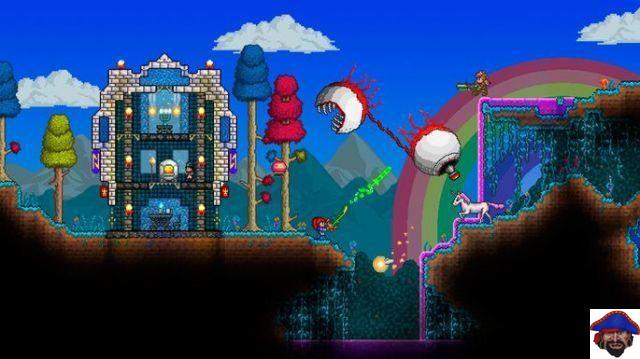 Terraria can very well be described as a 2D Minecraft. In it you also farm materials to build numerous buildings, in addition to being able to explore the world in an almost unlimited way. The game also has a lot of Minecraft-like survival elements and, overall, quite a lot of content. 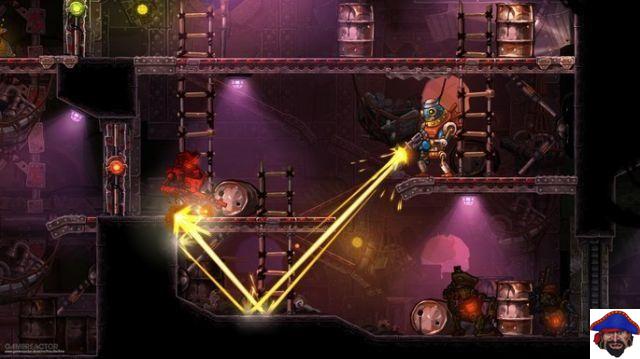 Steamworld Heist is an indie shooter and strategy game in which you control robots dressed as police officers, cowboys, etc. In it, the player needs to combine each character's own abilities with specific weapons for each situation, and the combats involve much more strategy than reflexes or speed, as the actions follow the typical turn system of RPGs. 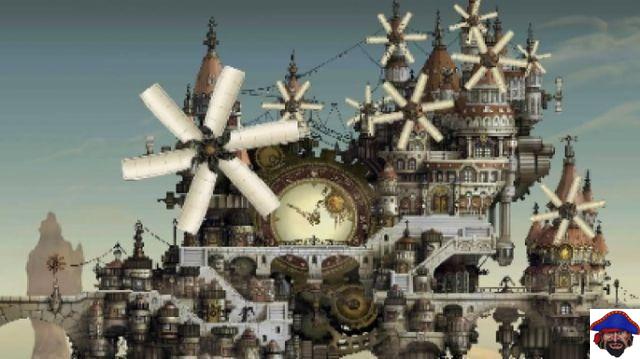 Bravely Default is an RPG with all the classic elements of the genre, but which managed to innovate the turn-based combat system through a great balance between risks and rewards. Here, you can also choose from several classes, each with its own characteristics and advantages. The cartoonish graphics and chibi-style characters are quite captivating and add to the game's immersive atmosphere.