The Digimon franchise has some good games for the most diverse platforms! We've brought you a Top 10 with the ones that stand out the most to players. From Digimon Adventure to the most recent seasons, see the great games of the series for those who like little monsters like Agumon, Gabumon and many others! 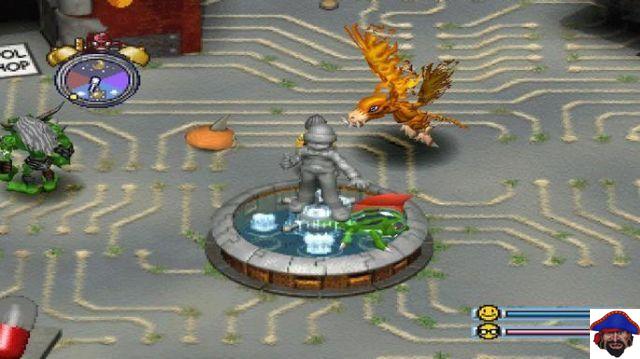 Without a doubt the best Digimon game ever made! In it you woke up in the digital world, in the city of Digimon, and had to help them rebuild their city. For that, he trained and evolved a little monster, battling and recruiting other creatures to work and to live in the city. There were still dozens of collectibles to get! 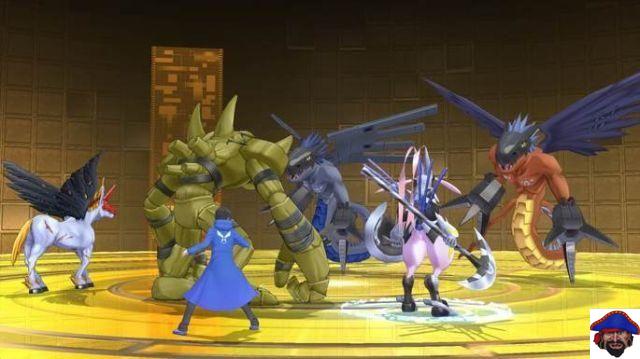 Digimon Story: Cyber ​​Sleuth is an RPG in which you control a human, who must train his Digimon in various battles and missions. Initially you can choose between Palmon, Terriermon and Hagurumon, although you can unlock a total of 341 creatures in the full edition of the game. 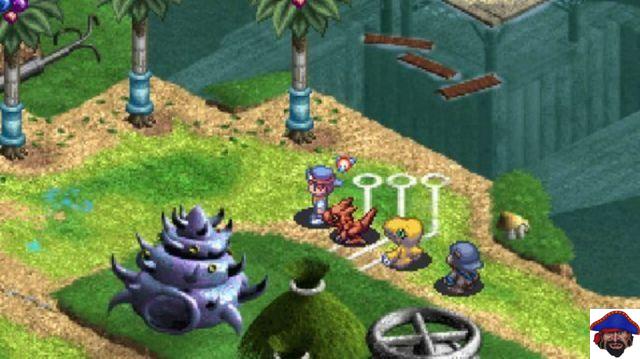 Digimon World 3 tried to recover the franchise after the failure of Digimon World 2. You control a boy who is trapped in an online world after a hacker attack. With the help of your Digimon, you must find a way to return to the real world, while exploring a huge map, full of quests and battles. The coolest thing is having 3 types of digivolution! 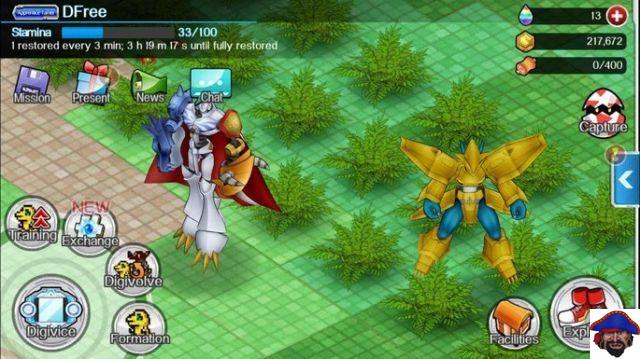 Digimon Links has elements of the most diverse styles of games. The focus is on creating a Digimon farm, capturing new creatures and participating in online and offline quests. There are more than 100 creatures that you can obtain and train, whether to battle AI-controlled enemies or to go to the Coliseum to fight other players. 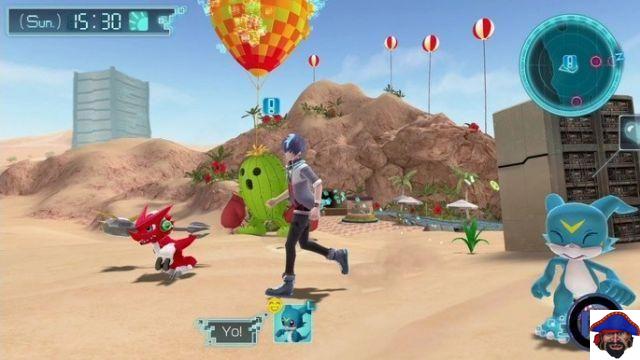 An RPG played in an open world, where you have two Digimon partners. You choose from 10 possible partners, and this choice is important, as you will stay with them until the end of the game. Throughout missions and battles you evolve the little monsters in terms of level, but you should also make them happy when interacting with them. 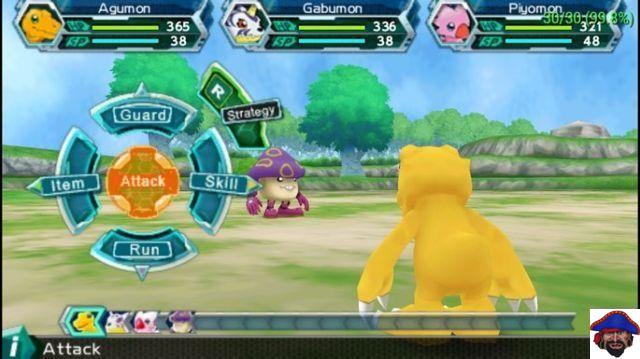 Digimon Adventure is based entirely on the first season of the anime. You can choose any of the characters from the drawing, including Hikari and Gatomon. The battles are turn-based, and include digivolutions and even scenes very similar to those in the anime. Apart from that the dubbing is the original of the drawing! 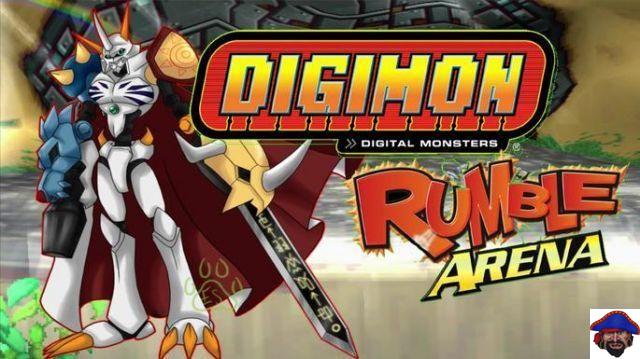 Digimon Rumble Arena has no human presence, only Digimon. In this case, there are up to 24 creatures that you can choose to battle in arenas. Season 1 and Season Tamers monsters such as Guilmon and Agumon are included. 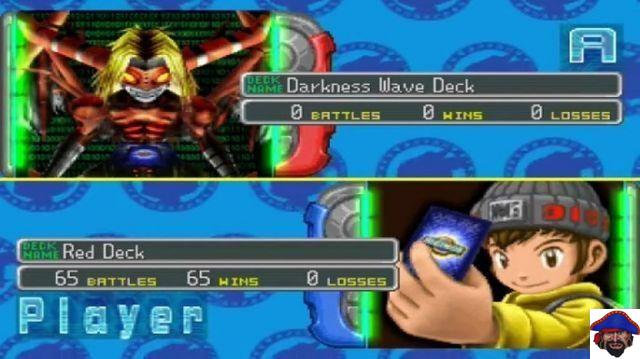 One of the most different Digimon games as it is played using only cards. Each player has a 30-card deck, which contains creature, support, and evolution cards. Basically it's like a Yu-Gi-Oh, having creature sacrifices to get the most powerful versions of monsters. 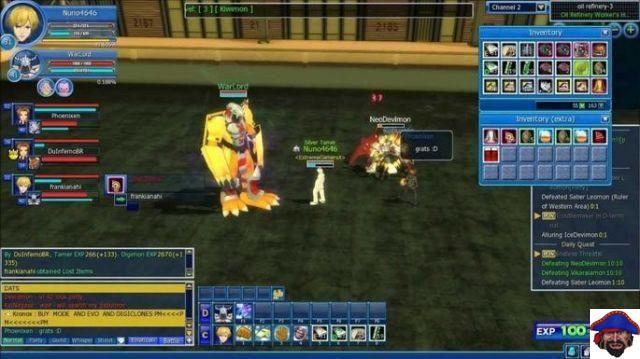 One of the most complete games in the franchise, as it brings elements from all seasons and generations. You can choose from a few early tamers, including Matt Ishida and Tai Kamiya. You select a starter Digimon and evolve it in battles against players from all over the world on online servers. 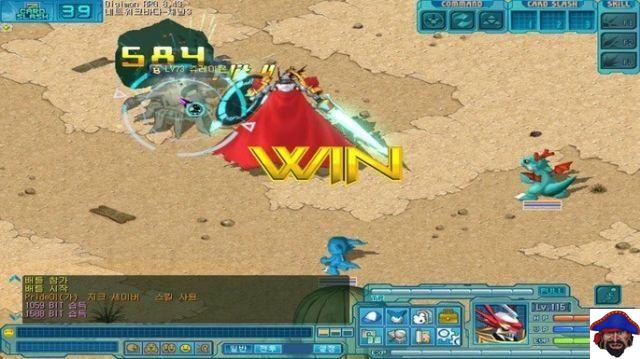 Digimon Battle Online came before Digimon Masters and was the one who brought the franchise to the online world on PC. However, it is only based on Digimon Tamers, bringing as initials practically only the little monsters of this generation, such as Guilon and Terriermon, in addition to Veemon and Agumon X. Like Masters, the game is entirely online and focused on PvP battles.

add a comment of Top 10 Digimon Games for Consoles and PC!