The rarest shiny pokemon in pokemon GO in 2022

Hunting Shiny Pokemon is one of the most fun and laborious tasks in Pokemon GO. In addition to the difficulty of being found, there are even rarer pokemons within this group. If you're one of those collectors looking to find them all, check out the rarest shiny pokemons in pokemon GO below! 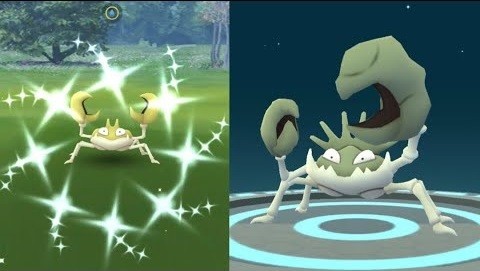 For starters, a very...unusual rare pokemon. Shiny Krabby doesn't have much reason to be special, as it's a Pokémon normally found in the wild. Even so, the very low spawn rate and the very few reports and evidence of its capture around the world guarantee its place on this list. 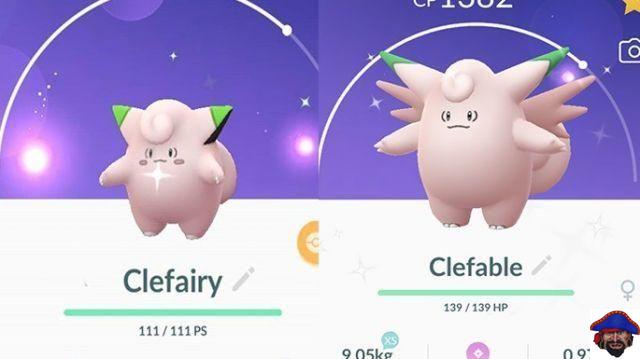 Shiny Clefairy was initially released into the game via a bug during a Pokémon GO Fest event in 2020, but it was quickly removed, leaving very few reports of captures during that brief period. Nowadays, both of the above Pokemon can only be obtained in one way: hatching a shiny Cleffa through a 7km egg. 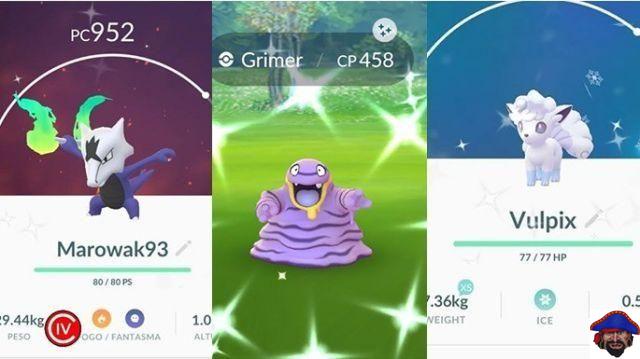 Since its release in 2022, Pokémon in the Alola region could only be obtained through eggs and certain raids. Only in 2022 were they officially released into the wild, but only in specific events or with very low spawn rates. Some examples of these pokemons are:

While all of the above pokemons are special, there's no doubt that Shiny Marowak, Shiny Grimer e Shiny Vulpix of Alola are the rarest of the bunch, in addition to the most relevant for PVP. 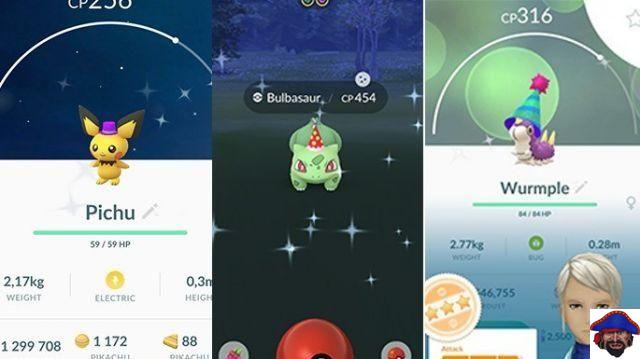 Niantic loves to release pokemon with festive hats during events. The game already has numerous different hats and each release is the same thing: the most hardcore players strive to get a hat shiny as soon as possible, since after the event ends it is no longer possible to capture them. In this group, the highlight is Shiny Wurmple de Chapéu, which during its release barely appeared in the wild and could basically only be captured in raids or hatched in eggs.

Here things start to get even more serious. Shadow Pokemon are those that can be captured when you defeat Team GO Rocket members, and can be: 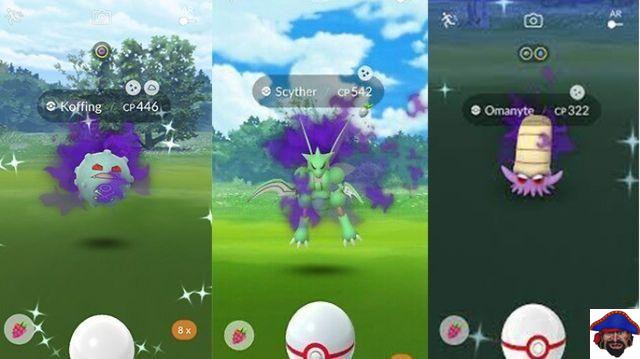 By defeating a Team GO Rocket recruit you can capture a shadow pokémon that, of course, can also come shiny (with the same very low percentage of chances). However, until it's time to "compete" for the shiny, you'll need to find a PokéStop taken over by villains, battle, and win. Also remember that it is never possible to know which Pokemon will be used by recruits, so looking for a specific shadow shiny is an almost impossible task. Take what the game gives!

Some examples of these Pokemon are: 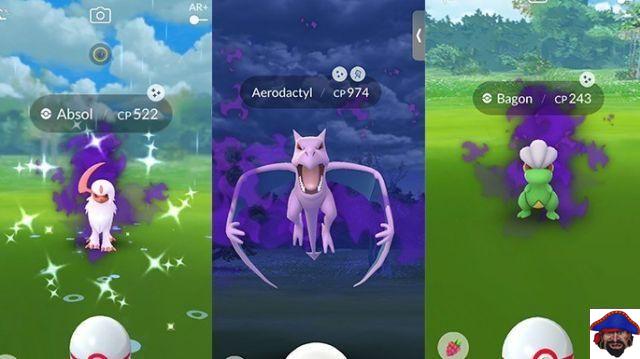 This group is at least 6 times rarer than the group above. Team GO Rocket Bosses' shiny shadows can only be obtained when you obtain a Rocket Radar by gathering 6 Mysterious Components by defeating Recruits. By doing so, you can track down the bosses and then battle. Upon winning, you compete for a shadow shiny as a reward. However, whenever you defeat a Boss, the Radar is destroyed and you have to start the whole process over again. For these reasons, very few people in the world have personally seen Pokemon like: 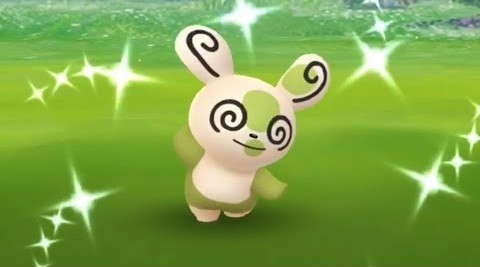 Spinda is one of the most curious Pokémon in the game, as it can only be obtained through the Field Research ""Hit 5 great curveballs in a row". It turns out that this is one of the rarest tasks to find in PokéStops, requiring a lot of luck or a lot of communication with other players. After finding the task and completing it, you will be rewarded with an encounter with Spinda, then you can compete for a shiny. 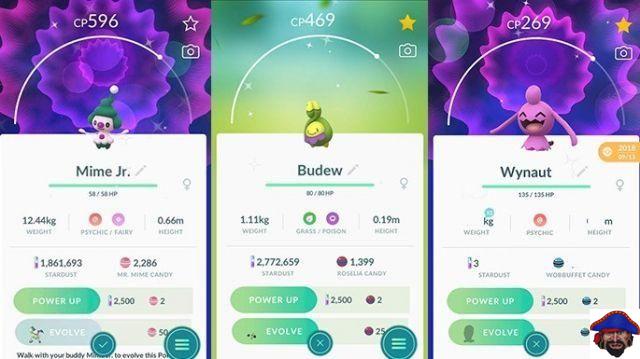 With the exception of certain specific events, 7km eggs (obtained through gifts from friends) are usually dedicated to hatching so-called "baby pokemons", which are pre-evolutions of more popular pokemons and introduced in previous generations. This is the only way to get this group of pokemons, as they were never made available in the wild, raids, quests, etc. So, to compete for a shiny from this group you need to walk at least 7km. Are they:


In this point, Shiny Mime Jr. deserves MUCH more attention, because in addition to the reasons above, the pokémon is also regional in Europe, and cannot be hatched in other parts of the world. 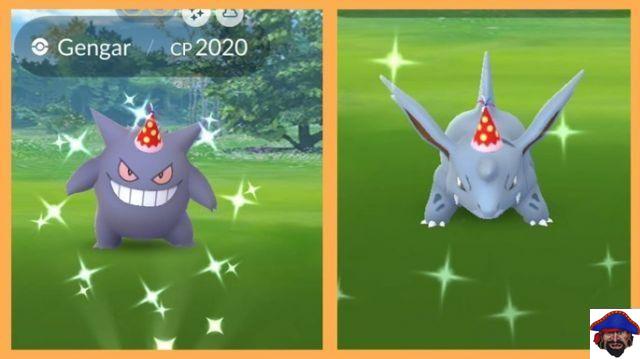 Maybe you're wondering why these two pokemons are in the same category. In February 2020, Niantic launched a 3-hour raid event to celebrate "Pokémon Day", featuring Gengar and Nidorino, the two Pokemon that were on the cover of Pokémon Red, released in 1998. That day, for just 3 hours , both hat pokemons were available in raid, with a very low chance of becoming shiny. Of course, most players focused a lot more on capturing Gengar, as it's stronger and hat pokemons can't evolve. For these reasons, shiny Nidorino is by far the rarer of the two. 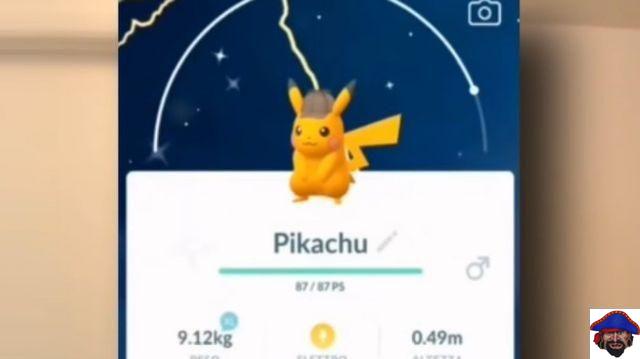 Finally, a pokémon so rare that we don't even have a good quality image. It might not even be fair to add it to this list, but if it's in the game, then it deserves to be mentioned. Shiny Detective Pikachu was supposed to have been made available at a specific event in 2022 where Pikachu appeared in a detective hat whenever you took a picture. However, Niantic made a mistake in the shiny version's spawn rate and the pokemon simply didn't appear during the event hours. Due to a bug, players who took a photo in the last moments of the event and started the capture screen after the event ends, managed to get the Shiny version. It doesn't get any more rare than that.