The best RPGs to play on Android

RPG games are popular on PC, consoles and also on mobile phones. If you have an Android device, you can't miss playing these games that offer many hours of adventure and fun.

In RPG's, you can become the hero or villain you've always dreamed of, immersing yourself in a world of your choice. You can spend hours improving your stats, clearing dungeons or exploring territories. 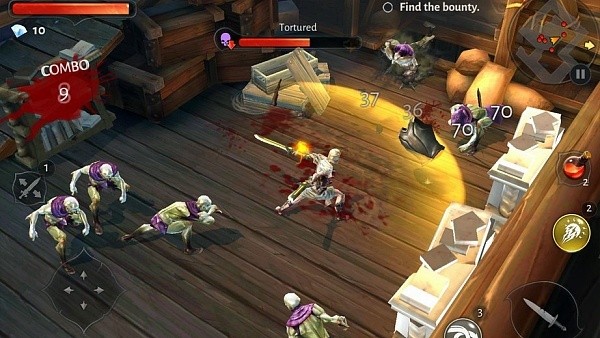 In a world invaded by forces of evil, you will have your chance to eliminate them in Dungeon Hunter V. There are more than 90 missions where you can chase various types of monsters and bandits, and in addition, you can collect various powers and weapons.

This is one of the deepest RPG's you can experience, with a story mode, online mode and co-op mode. In all of them you have the opportunity to kill monsters in dungeons, level up, unlock new armor and craft strong weapons. the game is very great, so you need to pay attention to available storage. 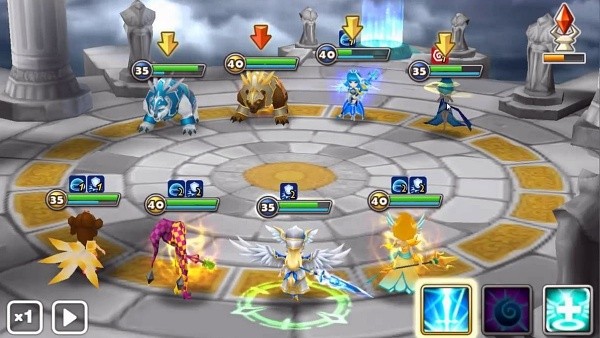 A mix of Pokémon with Clash of Clans, in Summoners War: Sky Arena you have to summon monsters in order to evolve them and recover mana crystals. Also, you'll have to do this while protecting your villages.

The graphics are very good and the amount monsters available - more than 400 - make this online RPG one of the best experiences you can have on mobile. 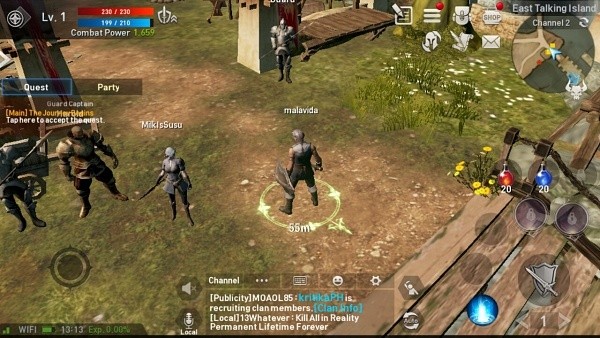 Based on a successful franchise, Lineage 2: Revolution is a recent MMORPG for mobile with beautiful graphics and a lot of differences of content. You can do the usual tasks like completing quests or entering clan battles or taking part in 50v50 battles, something unique in games of this genre. 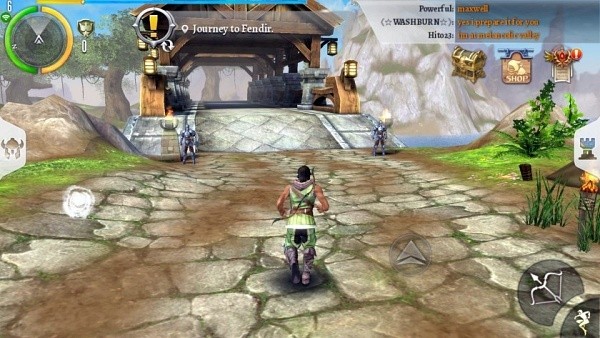 This is one of the most popular mobile RPGs out there. You can choose from five races and five classes, and you also have access to many mission types and co-op and pvj modes. In addition, there is a trading system with an Auctioneer which makes Order and Chaos Online 2 one of the most complete that you can have on your cell phone. 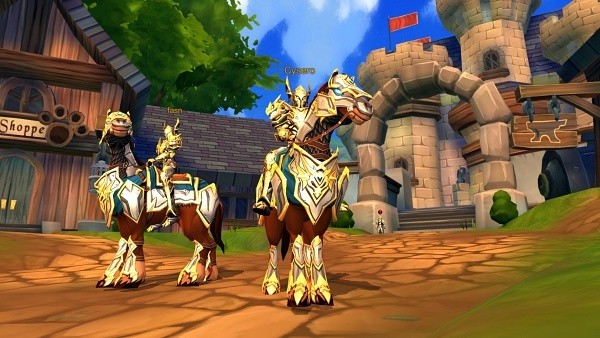 Adventure Quest is an MMORPG that is crescendo considerably. You will have many quests to complete and dungeons to explore, while improving your character's attributes and equipment.

In addition, one of the advantages of the game is the possibility of being able to play both on a mobile device and on a PC. keeping the same account. 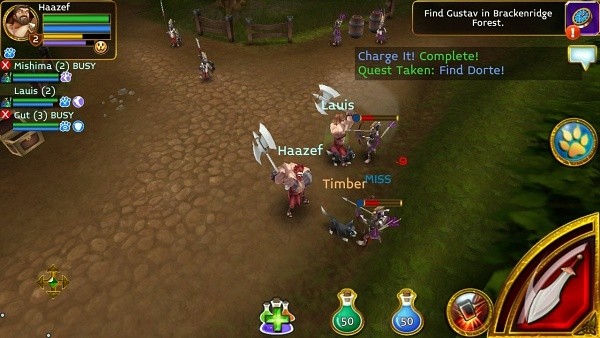 This popular MMORPG is not very recent anymore, but it remains one of the top that you can play on your mobile. Players can choose one of three available classes, each with unique talents and powers. From there, you can experience the game in either pvj or co-op modes, each of which has several interesting tasks.

Arcane Legends is updated often, so you won't run out of things to do. 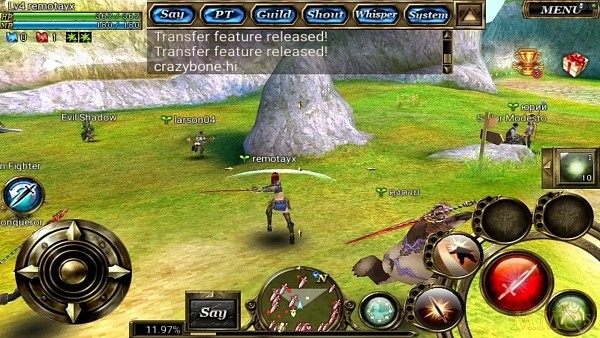 Arcus Online is an online RPG with the same essence as most games, but its combat manages to be dynamic and fun enough to get attention. With a simple attack mechanic, the moves are easy to perform and the stunts fun to watch. Plus you have everything else you can expect from an MMORPG.

This is one of the most successful MMORPGs for mobile. HIT includes a massive equipment system, simple controls and beautiful graphics. However, you will continue to be able to play on almost any device, as it is a relatively mild. 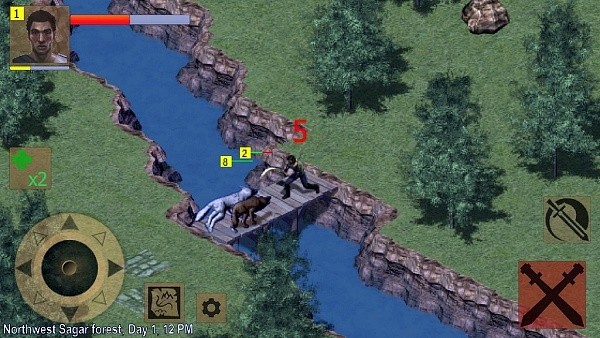 Exiled Kingdoms is an action RPG where the player will have to talk to various characters in order to advance in the game and find his own way. Furthermore, your actions will have consequences in history.

As in most RPG's you have to improve your character, follow the story and explore the world around you. 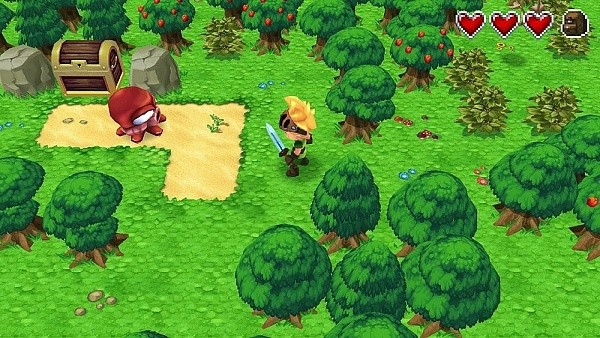 Evoland is a mix of classic RPG and adventure. The game itself is about evolution of video games, starting with just two colors and a 2D character. As it progresses, it releases new technologies and graphics until it reaches the modern age.

Knights of Pen and Paper 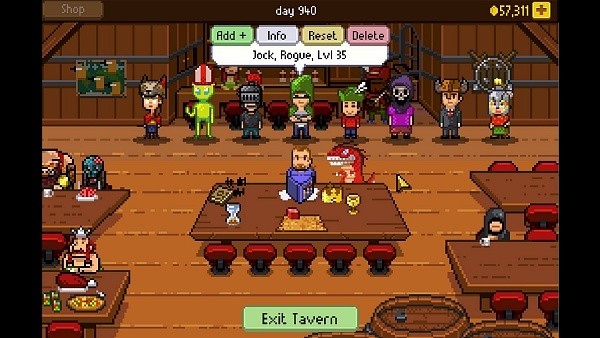 Knights of Pen and Paper combines the real world with the virtual. The game is focused on a group of RPG fans who come together to play a game similar to Dungeons & Dragons.


The game mechanics are interesting with a classic atmosphere and visuals retro. Also, there are many quests and dungeons to explore. 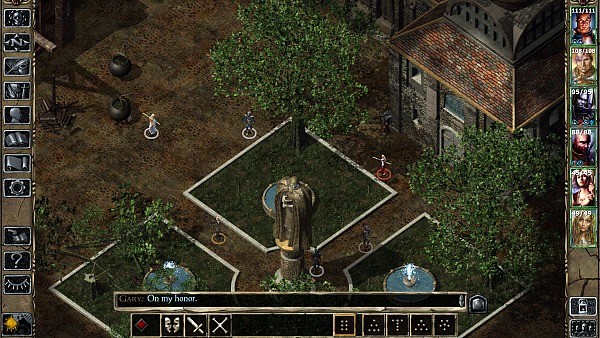 If you are a fan of D&D games, then this is an essential title for you. The game uses the modified version of the Advanced Dungeons and Dragons 2nd Edition rules and is one of the classics fantasy adventure that begins in your castle and ventures into a mysterious, war-torn world. His adventures include mythical creatures and medieval kingdoms.

At Baldur's Gate, you can experience a true Old school RPG, recruiting various teammates to your team and improving your hero in many ways. If you like clearing dungeons and killing monsters, then these games are for you. 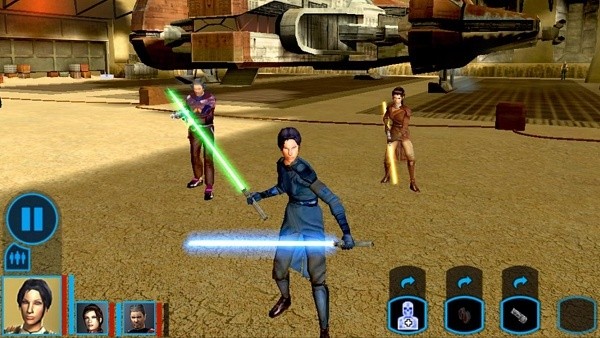 If you're a Star Wars fan, then this is the game for you. It is true that the game can be a little heavy for some weaker devices, but this is one of the most complete RPG's you can try on Android.

KOTOR is the summary of an RPG classic of Star Wars, with several characters to choose from to form your team, eight well-known planets from the franchise to visit, and various powers, including the Force, to master. 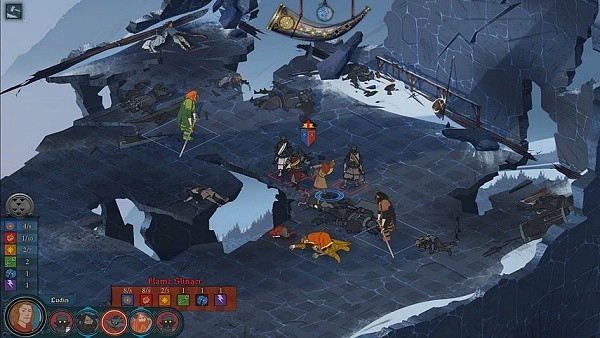 This classic game not only includes an exciting story that will force you to take decisions difficult, but also a challenging turn-based fighting system. In addition, it also has phenomenal graphics and a soundtrack, thus complementing the atmosphere of the game.

The plot will mix themes from survival, conflict and hope, which will keep you hooked on the game for hours. 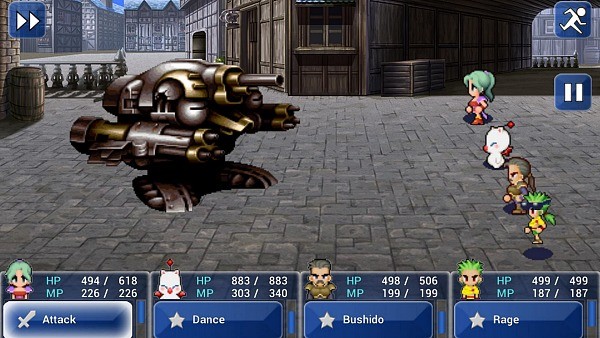 There are twelve different franchise games that you can try out on your Android device, and they're all worth it. If you are a fan of the series, then at least one of these titles must be in your mobile game library. Keep in mind that each of these games will need a lot of storage space.

Final Fantasy is one of the most popular and beloved RPG franchises around the world. With a large selection of interesting characters and stories fantastic, you have a lot to choose from. Also, playing with sound is critical, as the soundtracks are phenomenal. 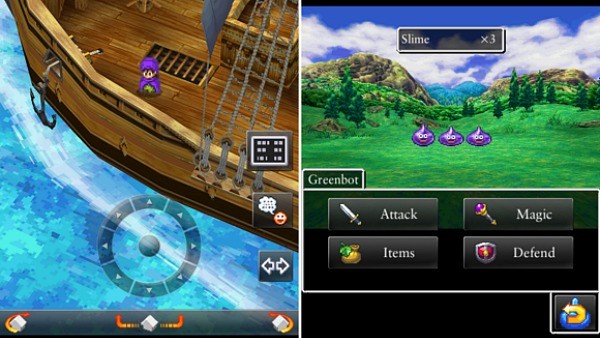 A traditional gameplay RPG, Dragon Quest V features one of the best stories that you can try. You follow your character from birth to adulthood, including all of his life's tragedies and triumphs.

In addition, the game has a mechanic of picking up monsters that predates the Pokémon games and is a lot of fun. As the game is played with the vertical screen, you can even play at discreet moments.

Check out other games:

Audio Video The best RPGs to play on Android
The worst teams in FIFA 20 for those who want to challenge! ❯

add a comment of The best RPGs to play on Android