The best FIFA 21 players by position! 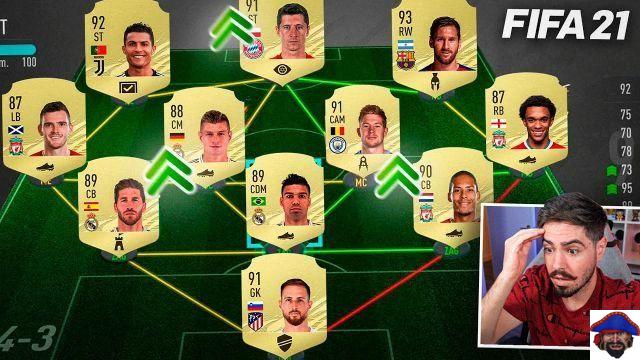 Meet the best FIFA 21 players! See who are the big names of this edition in each position, from goal to attack, and know which athletes you will already want to hire for your team. Whether in Career Mode or Ultimate Team, start preparing for the new season on the virtual lawns!

Oblak continues to command the nets in FIFA 21. Ter Stegen and Alisson complete the Top 3, with Neuer regaining space soon after. Overall, the names are almost the same as in the 2020 edition, with only the general scores changing.

FIFA 21 defenders are led by Liverpool monster Van Dijk. Sérgio Ramos follows in second, with Koulibaly in third. The young Laporte is on the rise, leaving behind great names like Piquet and Varane.

Liverpool lead the group of the best full-backs in FIFA 21. Alexander-Arnold and Robertson make a perfect pairing on the wings. Carvajal and Alba complete the Top 4, with numbers below what they had in FIFA 20, but with good quality.

Casemiro reached the peak of his career in FIFA 21. He is the best defensive midfielder in the game, with 89, surpassing Bayern's revelation Kimmich. Soon after, Kanté is a great option, leaving behind Busquets and Fabinho.

De Bruyne has followed for almost two editions as the best point guard in FIFA. There's not much surprise here, with Kroos and Modric in the Top 3. What's interesting is to see how Bruno Fernandes has grown fast and is already in the Top 5!

The Top 5 of the tips is amazing. Messi, Neymar, Salah, Mané and Hazard are 5 of the most fantastic players in the world. And they play both on the wing and play in the center and act as strikers.

Cristiano Ronaldo is the goalscorer in FIFA 21. He is closely followed by Lewandowski, who in 2020 had his best season. For the first time we see Suárez almost off the list and other classic names such as Aguero and Harry Kane.

The 8 best formations to use in FIFA 21

add a comment of The best FIFA 21 players by position!