The 4 Best War Games for PS4 with Amazing Campaigns

War games are among the most popular on Sony consoles. Franchises such as Battlefield, Call of Duty and the now retired Medal of Honor have been or have been very successful since the PlayStation. Today on PlayStation 4 is no different, as these titles offer frenetic and intense gameplay both in Campaigns and in multiplayer, with a high level of competitiveness.

The games that we bring in this brief list are not, however, just the "classic" ones. You will see two titles that are very different from the most well-known franchises, but that show the horror and intensity of war in a very real way. If you are one of those who still like a single player experience, you will certainly want to play these games. 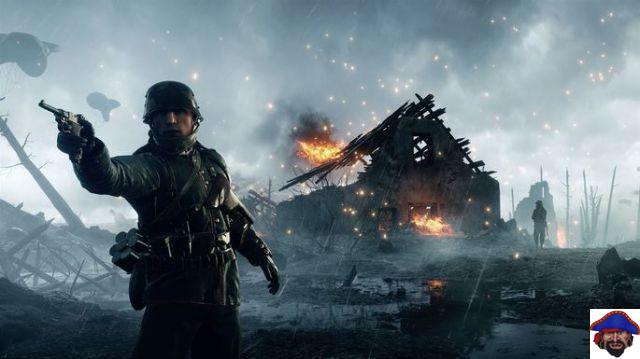 Battlefield 1 is one of the most acclaimed war titles in recent years. A game very close to perfection, having received very positive reviews in specialized reviews. Although the mechanics and gameplay have not received many innovations, the latest creation of EA DICE has a good revival in the franchise.

In this game, the First World War is shown in all its brutality. The combats are bloody, inhumane and appeal to the player's most primitive sense, which is to survive at any cost. All period weapons such as bolt-action rifles and flamethrowers are present.

Multiple Campaigns in One

Battlefield 1's Campaign mode tried to bring a revamp to the way the franchise's single player was being presented. Instead of following just one character, we now have several. In fact, there are six war stories that do not interact with each other, but that in the end make up a faithful portrait of what the First War was like.


Each story features characters from different nationalities as protagonists. It is interesting to see that there was an attempt to create an emotional appeal in the development of the Campaigns. Much more than a shooter, Battlefield 1 seeks to offer players the chance to experience the climate of pain, loss and constant struggle for survival that is in a war.

In multiplayer the bug catches

Today we know that every good war game needs to have quality multiplayer. Battlefield 1 not only has a robust online mode, it's a lot of fun. There are at least ten different forms of matches that you can join. While some are similar to each other, such as Operations and Shock Operations, each has its own specifics.

There are four basic classes available in multiplayer. Three types of vehicle can be controlled, one particularly interesting being the cavalry. Elite classes are also present, two of which are exclusive to those who purchase certain game expansions.

War without tactics, brave and historic

Battlefield 1 is very well grounded in historical points and facts. Anyone who is not there playing just for shooting, but cares about these details, will be very satisfied. Despite this, some major shortcomings were felt in Campaign mode regarding viewpoints. Besides, of course, the Campaigns last a very short time.

It should be noted that Battlefield 1 is not exactly a game for those who like to assemble war tactics. During World War I, combat was more vigorous, almost hand-to-hand, driven by emotion. This game shows this in its game mechanics and in its setting, inviting players to experience chaotic and always confusing combat.


And this is by no means a negative. It is precisely because it is chaotic, confusing and tense that Battlefield 1 is currently one of the great war games on the PS4. 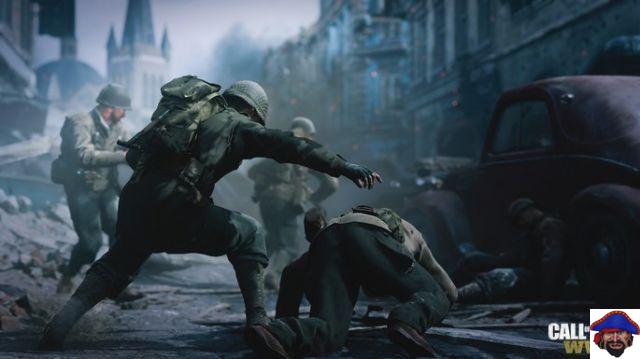 Jumping from World War I to World War II, we bring you another renowned franchise. Call of Duty: WWII is a game that in every way is a throwback to the classic. Not only for the historical setting, focused on a rustic and political war. Its game mechanics take a "step back" to provide simple yet efficient gameplay for players.

We say this because the two previous titles added jumping and wall-running to Call of Duty. In WWII the feet are only on the ground, with a more traditional style of movement. At the same time, hit-the-deck mechanics were introduced, where the player can literally throw themselves to the ground to find cover and safety.

Call of Duty: WWII is the third game in the franchise to not use energy regeneration in the Campaign. The only two ways to recover health is to find medical kits scattered around the scenario or to have the help of the medical companion that accompanies you. This brings more realism to the gameplay and makes it less predictable.

The Campaign centers on historical events from the Battle of Normandy. The player will control Ronald "Red" Daniels, a member of the US 1st Infantry Division. All of his objectives will lead him to battles on the Western Front. You will come across the Nazi death camps and other brutalities that Hitler's armies caused.


Multiplayer without Nazis but with zombies

Call of Duty has been known to bring a zombie mode to several of its recent games. It is usually one of the most played and awaited by players. He returns in WWII, mixing online co-op with a narrative backdrop. In it, the Third Reich would have created an army of undead to try to reverse the course of the war.

Nazi Zombies is a mode with its own rules, classes and game mechanics. It differs considerably from the "traditional" WWII multiplayer. In it you can play either with the Allies or with the Axis.

Interesting to say that the developers left out the Nazi SS soldiers. Only the German army is represented in the game and can be used. This was an attempt not to exalt Nazism, making it clear that the soldiers of the German army, the Wehrmacht, were just doing their duty.

Call of Duty: WWII is realistic, deep and beautifully set

With the exception of the Nazi zombies, this game is very realistic. Visually it conveys all the horror of war, and the sound setting is impressive. The sounds of guns, exploding grenades and tanks are spectacular. Even the chaos of the various languages ​​on the battlefield helps to immerse the player in WWII.

The multiplayer is well structured, with a progression system, social area and nine different modes of online competition. We highlight the War mode, a novelty that adds a narrative with objectives that must be fulfilled by one of the sides of the war in order to have a winner.

The Campaign is exciting, deep and, despite historical and narrative clichés, offers a very close look at the reality of World War II. This is a game that is not only worthwhile, but indispensable for anyone who likes history. 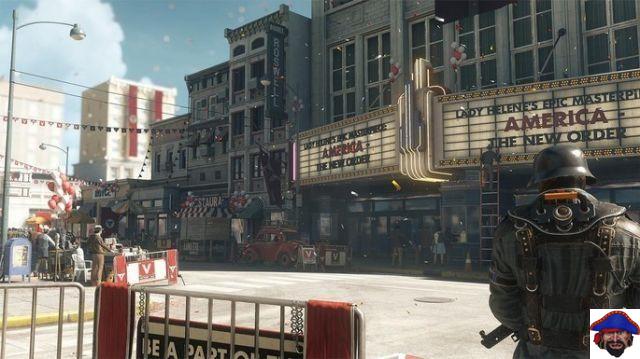 Wolfenstein II: The New Colossus strays a bit from the "wargame" style we're used to. It is not specifically centered on one of the Great Wars, but rather on that "what if" the Nazis had won World War II. With a very well developed campaign, it is a game that cannot be missing from any list of the genre.

No multiplayer, but lots of action

Wolfenstein II privileges the solo and narrative experience. As there is no multiplayer mode, both local and online, the developers and designers were able to give full attention to building the Campaign adventure. The game was well balanced, with accessible and accurate gameplay, depending completely on combat for story progression.

It is possible to use firearms, explosives, as well as melee combat. Jumping, running and swimming are available for easy navigation of scenarios. Enemies can call in reinforcements multiple times, especially if the player ambushes them.

The weapon system is quite classic. Realism was abandoned in order to give the game more dynamism. Weapons can be found in scenarios, on enemy bodies, and in crates. It is possible, through an inventory system, to have as many weapons as you want at the same time. In specific cases you can combine them to cause more damage to enemies.

What if the Nazis were the victors?

The purpose of all Wolfenstein titles is to create a dystopian world in which the Nazis won World War II. The New Colossus follows the United States' attempt to free itself from Nazi rule. Consequently, also freeing the world from that regime.

There are very few historical references in the game. The central idea is the fight for freedom, with great sci-fi touches. Three extra episodes were made available via DLC, and they show other side combatants in various US territories.

Wolfenstein II is acclaimed precisely for being a fictional construction of what a Nazi world would be. It offers fluid gameplay, simple to master and with several combat options. From Rambo style to Snake Eater mode, players will delve into a narrative without clichés and that allows for great hours of fun.

4. This War of Mine: The Little Ones 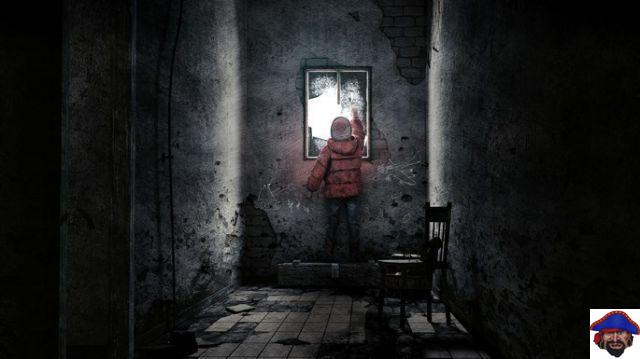 Anyone familiar with This War of Mine knows that, overall, this is the most realistic war-themed game out there. At the same time, it is completely different from everyone else. First, because the focus is on civilians affected by conflict, not the military.

This War of Mine is, above all, a game about survival and about how war affects the psyche of those who don't fight it directly. You control multiple characters at the same time, each with their own story, expectations and ways of dealing with their situation.

Initially Katia, Pavle and Bruno are trapped in a house. Hours and days pass. You need to find food, supplies, weapons and any objects that can help turn the building into a home.

None of this is easy, as the player can only go out at night to loot scattered locations across a map. Even with a preview of what you can find at each location, each night raid is a surprise. You will always have to make choices. Sometimes stealing medicine from the elderly, sometimes killing entire families so you can survive.

Each action directly affects the characters. It is not uncommon for them to be depressed for weeks or months. Some decide to leave the house, as they cannot cope with the situation. Some still choose to commit suicide.

A real and cruel portrait of war

This War of Mine is inspired by the Siege of Sarajevo during the Bosnian War, which lasted from 1992 to 1996. Unlike mainstream titles like Call of Duty or Battlefield, this game seeks a more raw, tense and cruel gameplay. Even without firing a single bullet it is possible to feel the imminence of death much more intensely than in traditional games.

No wonder the game's Campaign mode is not easy. Meeting all the characters' expectations and keeping the house safe from intrusion is an arduous task. The withdrawal by the player ends up being quite common. And maybe that's the intention of the game: to show that war is even worse for those who are not on the battlefield.