The 30 hardest games in the history of the gaming world!

Want to know which are the hardest games of all time? So come and meet the 30 games with the highest level of difficulty you've ever seen! From Nintendo classics to current generation titles, there are games that are made to make players angry because they are so complicated to beat! 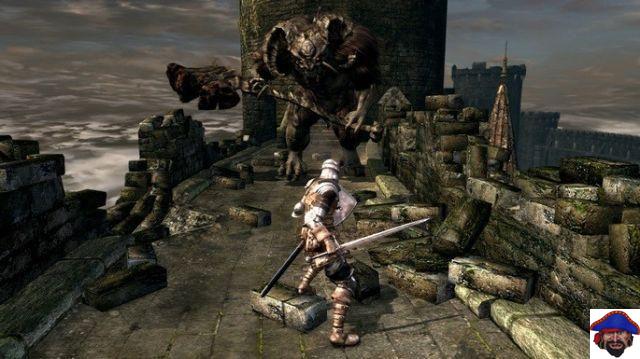 Both Dark Souls and others in the Souls family are known for their ABSURD level of difficulty. When it comes to tough play, Souls always comes up in the conversation. Even the weakest enemy in the game will take a toll and will likely kill you many times over. The good thing is that dying in Dark Souls means improving your game, as you see where you went wrong and start to develop a style and strategy of play. 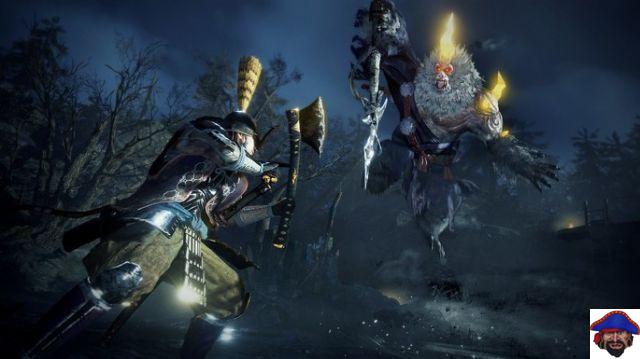 NiOh was praised for its well-constructed narrative and high, but even provocative, difficulty level. In NiOh 2 the violence and the doubling difficulty sound unnecessary. The game is almost as complicated to play as Dark Souls, as it is 90% brawling and 10% narrative. Enemies are aggressive, fast and require a lot of attention at all times so you don't die.

Which is useless, because dying is almost the default... 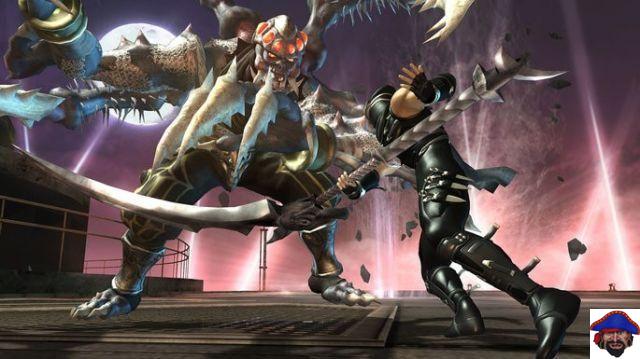 The Ninja Gaiden franchise is hardcore by nature. But the II is a terrible experience in terms of difficulty. Normal level is the hardest level in normal games, while the hardest one is impossible. Reaching the end of the game can even roll, but the enemies there have cannons in the places of the arms, with infallible aim. In other words: if you like to be angry, go ahead. 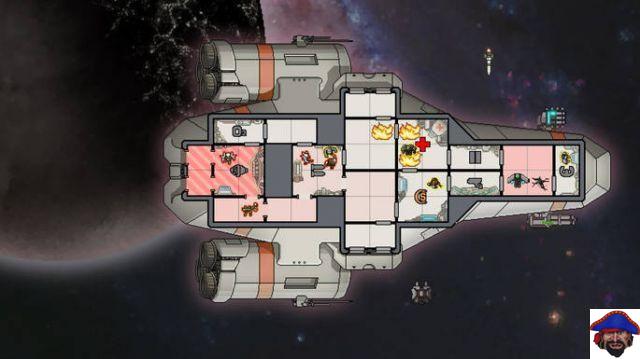 In FTL you control a spaceship and must go on missions to save the galaxy from aliens. When enemies approach, you have several possibilities and decisions to make. And therein lies the difficulty of the game! Privilege your shields? Put all the power on the engines and run away? Eliminate enemies from a distance or in close combat? By the time you decide, friend, you'll be blown away!

Today Mega Man may seem easy to play, but in the 90's it was an absurd punishment, and Mega Man 9 follows that. The amount of traps, which came from below, above and from the sides, made facing mobile enemies impossible. Now imagine that in the Xbox version Capcom created the Superhero difficulty level. It's just death along the way... 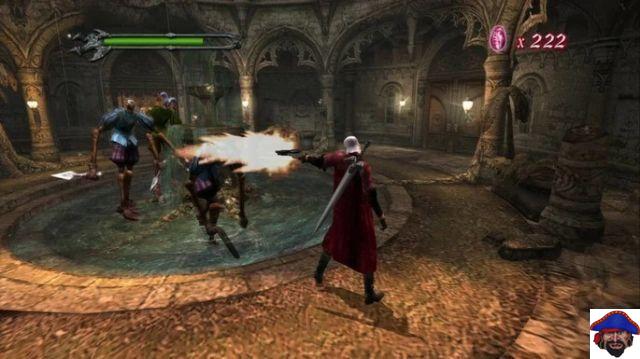 Devil May Cry is a very high quality hack 'n slash. The narrative, graphics and combat system are still perfect today! But the amount of demon enemies on screen is really VERY high. And if you play the game on Hard you'll feel like dying is all you can do. Even more if you reach a Boss... 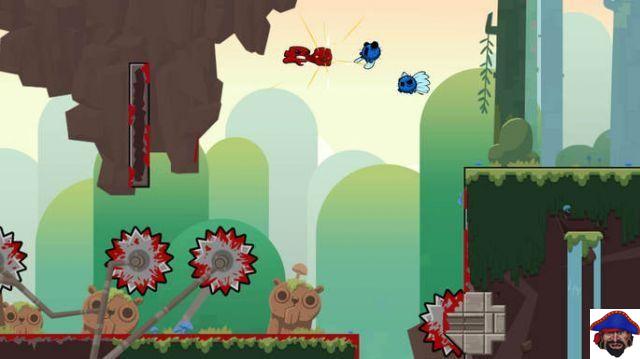 Super Meat Boy is like a Super Mario Bros., but controlling a piece of meat. And that's what makes the game so much fun. But the level of difficulty is absurd, because every second in the level the game accelerates frantically. And then you already know: it is difficult not to be hit by enemies.

In Ghosts'n Goblins you take a hit and get half your health. Two hits and you're dead. Enemies appear out of nowhere, all the time. But the worst thing is: if you forget to take the holy cross at the end of the game, you must repeat the last two levels. If you take it, oops: you'll have to play it all over again, because it wasn't supposed to take it. And on an even more difficult level. It's really about wanting to die... 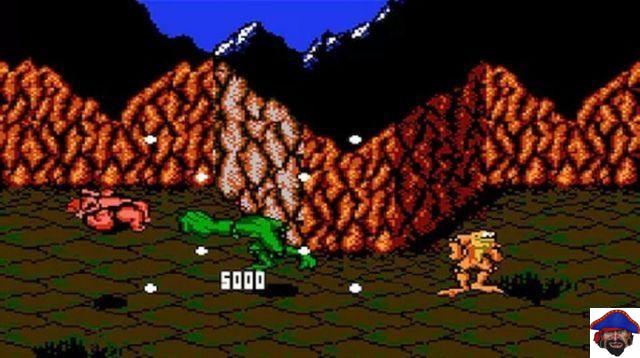 In Battletoads you control frogs, with a proposal similar to that of the Teenage Mutant Ninja Turtles: punching enemies in arcade levels. The problem is that the level of difficulty borders on the impossible. Especially in the phase where you control a motorcycle. Driving that thing was one of the most complicated tasks of the 90s.

Another World is really out of this world. The player controls a character who must face off against aliens. So far normal: the problem is that the game was developed not to respond well to player commands. That is: jumping or running can be a problem when you need to. And the lack of subtitles makes you not know what you have to do to proceed... 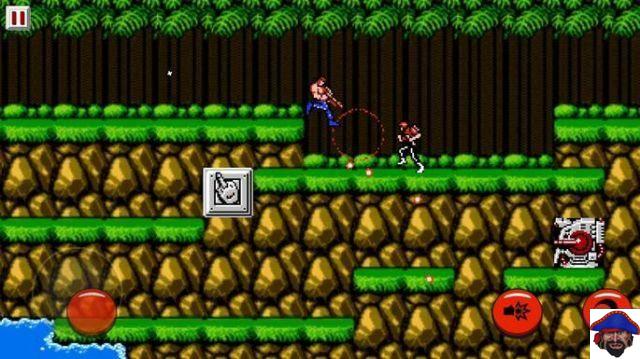 Contra left many players crying in anger as he inspired players to be Rambos, but brought out worse enemies than Rambo. Apart from that it was a platform game, so the scenario itself could be a big enemy of yours in this adventure. 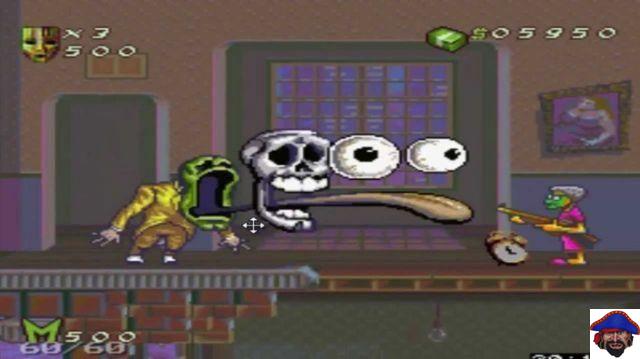 The Mask movie inspired a bizarre but very famous game in the 90s. The Mask only had 7 levels, but if you got out of the first one without using cheats, you were already a master. The game received many complaints for bringing the protagonist few weapons, little health, many enemies and no help in passing the levels. 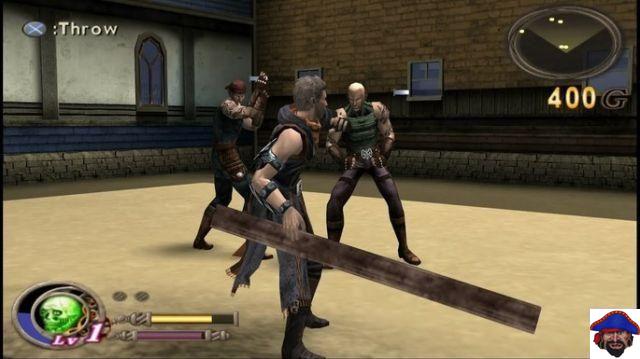 God Hand sold very poorly, and the game's difficulty may be responsible for that. There is a difficulty bar on the screen, which goes from 1 to 4, the last level being known as DEATH. The more you catch enemies, the lower the level. But when you master the game and beat all over the world, you reach level 4. And then, my friend, your opponents become impossible to beat. 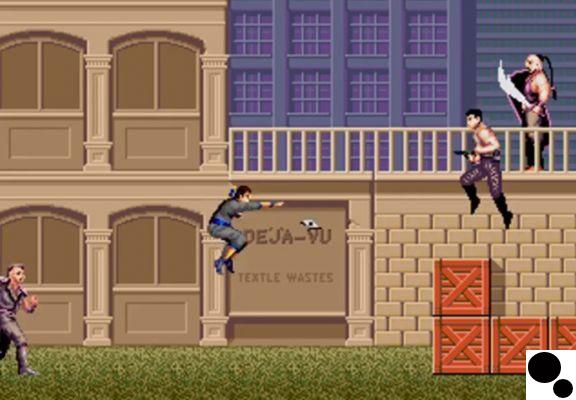 Shinobi is pretty much the most famous ninja game of all time. The combat mechanics are quite easy to understand, but the enemies are many at a time. This makes your shurikens and jumps almost useless in some stages. And Bosses are super powerful, requiring a well-studied strategy to be defeated. 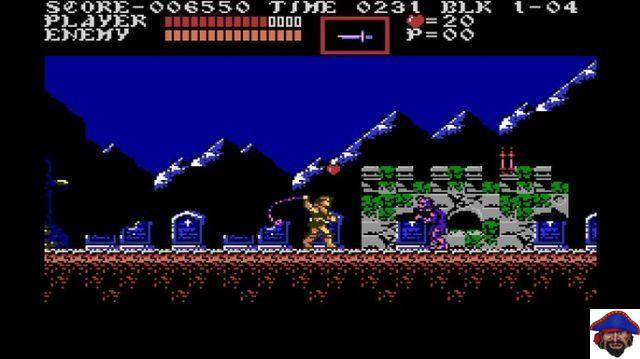 Any 80's and 90's Castlevania game could perfectly fit in here. Platform games, with many puzzles, scenarios full of obstacles and surprises, apart from the constant and unique enemies are characteristics that make this Dracula hunt a surprisingly difficult experience. 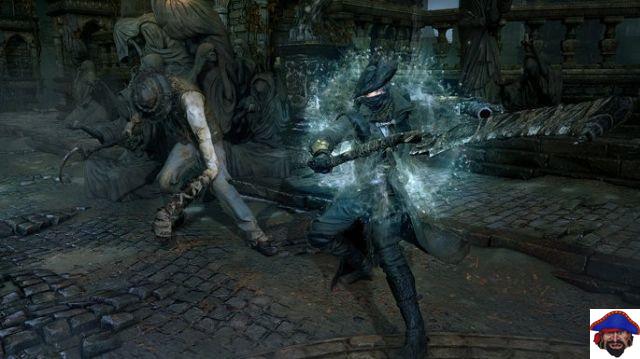 Bloodborne is considered a cousin of Dark Souls, with less difficulty in gameplay. The fighting mechanics are more fluid and faster, but make no mistake: it's precisely because the hordes of enemies that appear all the time are huge. You can jump and jump around opponents to avoid attacks, but 99% of the time you will only delay your death. 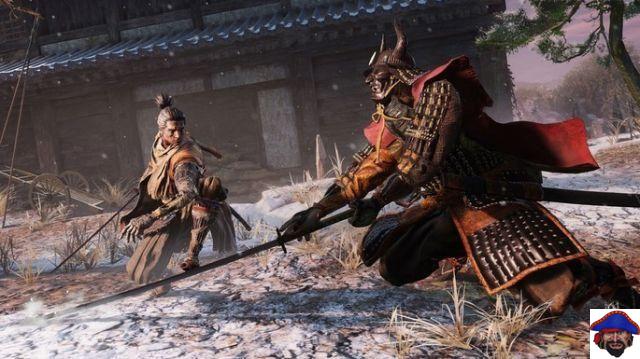 Sekiro is said to be much more difficult than Dark Souls. Obviously it's from the same developer, so expect a super high difficulty level. Enemies at every level will pose an absurd challenge in terms of combat, and the game mechanics involve you having to find an almost unique strategy for each opponent. 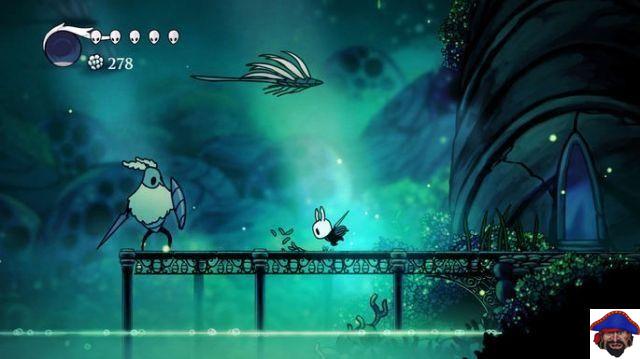 Hollow Knight is visually very cute, with animated graphics and a very well-crafted story. But don't be fooled by that: don't go around pressing all the buttons anyway, expecting your enemies to be magically defeated. As long as you don't find the patience to study your opponents, you won't get out of the first battle. 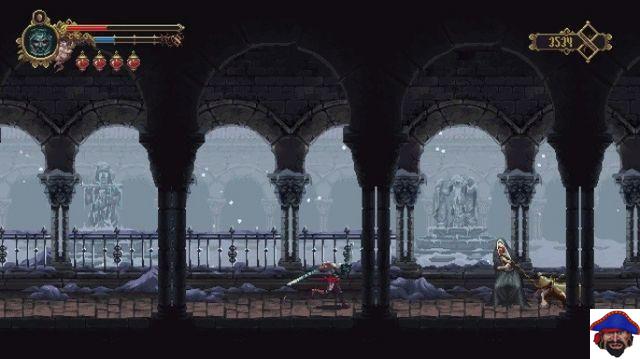 Another game that follows a Drk Souls style, although visually it is a metroidvania. You follow a journey through the valley of the dead, facing demons and other creatures of the underworld. There are 12 hours of gameplay, in an always intense walk in the fight, solving puzzles and trying not to be swallowed by the pits of the scenario. 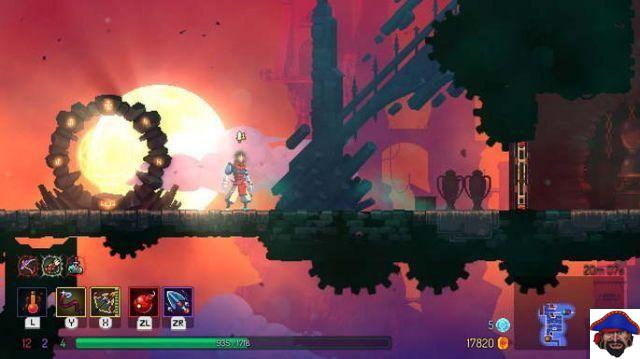 Dead Cells is a constant punishment. But it's fun precisely because of the level of challenge it poses for the player. Mastering the commands and finding your style of play is the most important thing to do, and then having the patience to defeat each enemy calmly. It's a very good roguelike, with a very in-depth story. 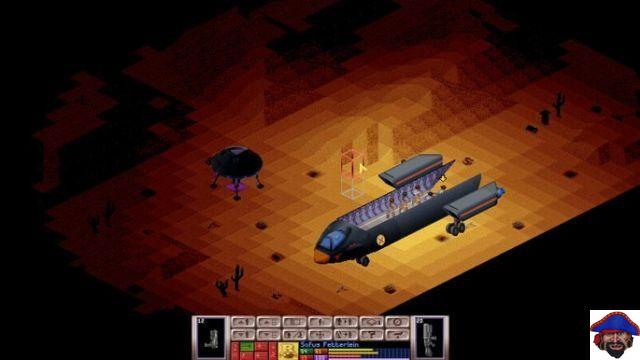 XCOM started with UFO: Enemy Unknown, a strategy game that pushes your patience to the limit. The fog on the map means that many aliens can come out of nowhere and kill all of your soldiers. Enemies are smart and play on your bad decisions, forcing you to take them to your base. Once there, it's gone, you're dead. 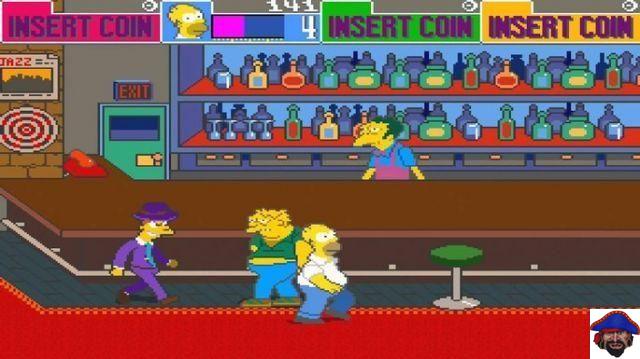 Few arcades from the 1990s are as challenging as The Simpsons. The story is pretty bad, but the fight between the Simpsons and their enemies is brutal. For the players. You will die before you can say "Doughnut!" and you will quickly lose patience.

23. The Adventure of Little Ralph 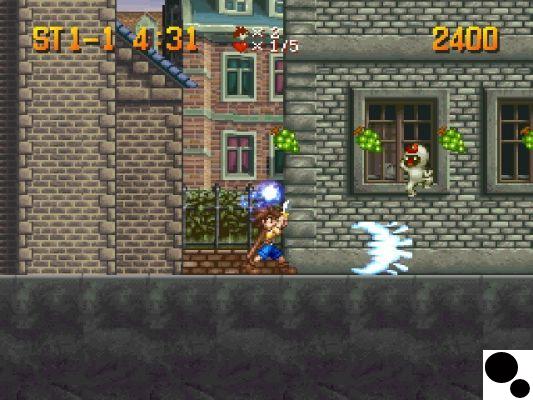 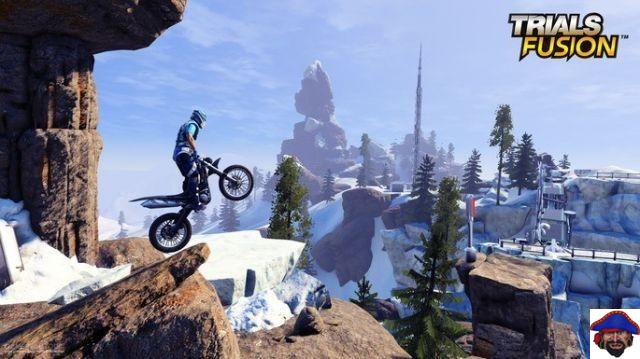 Trials Fusion has everything to be a super smooth game. After all, it's a racing game with motorcycles, but in the end it brings a high difficulty. Each obstacle requires study and strategy to overcome. Controlling motorized bikes is also a separate challenge, which few can master. 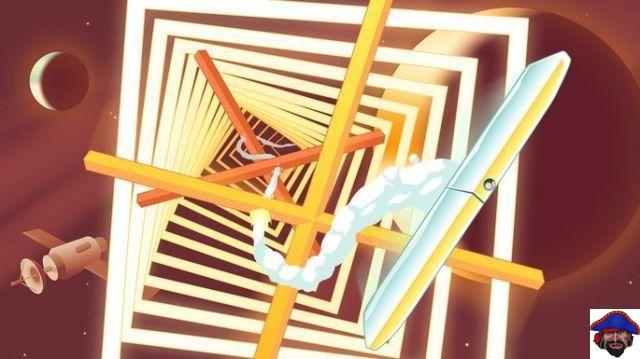 Flywrench is all about being easy. The idea is simple: you control a spaceship that flies through mazes that change color and shape as you advance. But right at the beginning the difficulty level and the speed of the game increase in an absurd way. And you die, die, die and you never beat the game. 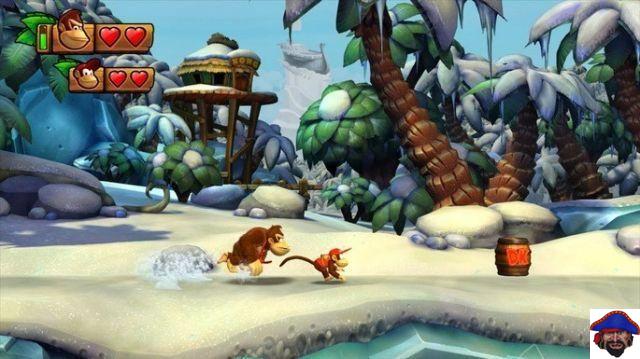 Tropical Freeze may be recent, but its difficulty level reminds easy, easy games of the 80s and 90s. Even the most experienced players in the franchise find difficulty in the game's levels, which have not only several enemies, but complex paths full of obstacles. . 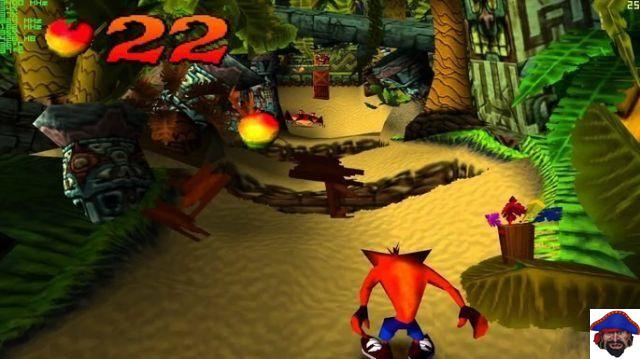 Anyone who played the first Crash will remember this level: Stormy Ascent. It is so impossible that it was removed from the first game by the developers when the N'Sane Trilogy was released. Some say this is the hardest stage ever! 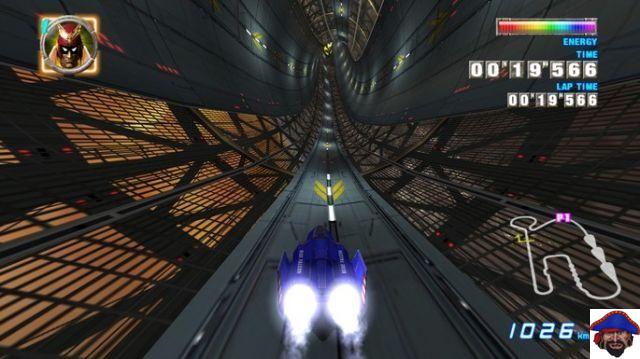 Yet another racing game that looks simple but isn't. All that the game asks of you is to make perfect turns and curves, which, believe me, borders on the impossible. On top of that, you have to deal with machine-controlled opponents who throw their cars at yours! 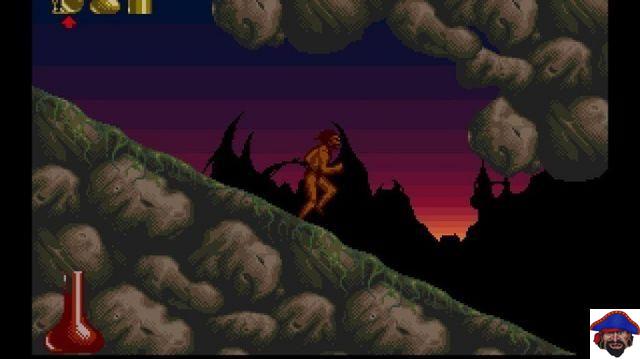 The first Shadow of the Beast is highly regarded, but the second already brings some hatred to players. Not only are the enemies hardcore, but the game's campaign is quite complex. Figuring out what to do and where to go is a challenge that in 1990 could not be facilitated by walkthroughs or internet guides. 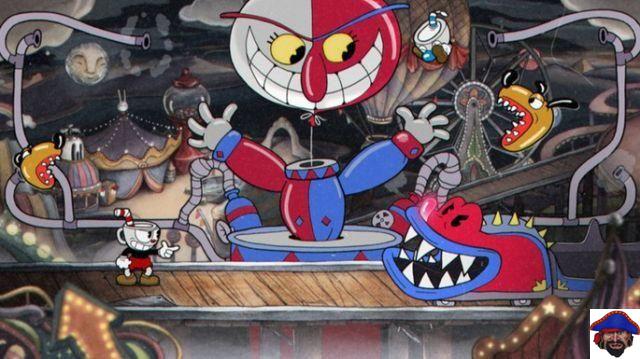 If you thought Cuphead would be left out, you were wrong. Escaping the Devil is already difficult, but in this Xbox game things get even more complex. The game is very intense, with dozens of enemies at the same time, a side scrolling scenario and obstacles and puzzles that give even the most experienced a headache.

Audio Video The 30 hardest games in the history of the gaming world!
The 30 best fighting games of all time! ❯

add a comment of The 30 hardest games in the history of the gaming world!