The 30 best virtual reality games for all platforms!

Virtual reality games immerse players in the action like no other! We brought you the 30 best games for VR, on the most diverse platforms! From Star Wars to Tetris you'll see games of the most varied styles, which will make you have some of the most unique experiences as a gamer. 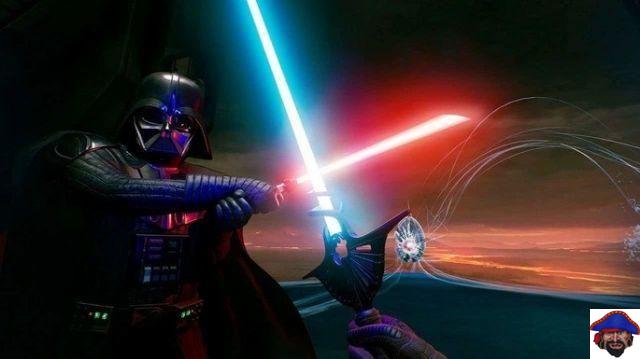 Vader Immortal was originally released for the Oculus Rift, but has also arrived on PS4. There are 3 chapters that tell the story of a smuggler, controlled by you, who must evolve his combat mechanics to, in the end, face the great Lord Vader. One of the best games for anyone who wants to feel what virtual reality is all about. 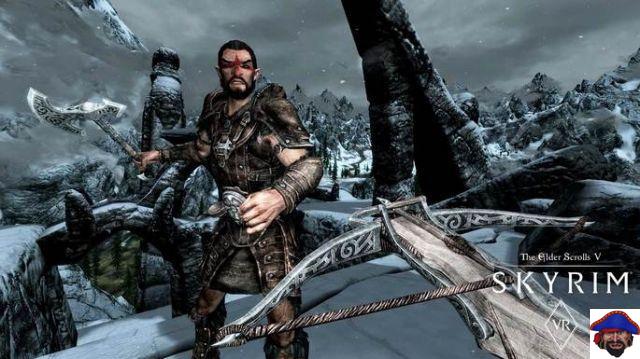 The Elder Scrolls V: Skyrim VR Edition is everything Skyrim has always been, but with the addition of virtual reality. Summoning and fighting dragons has never been more fun than in this edition, which is very well done. It comes with all the original DLCs, so that's over a hundred hours of fun. 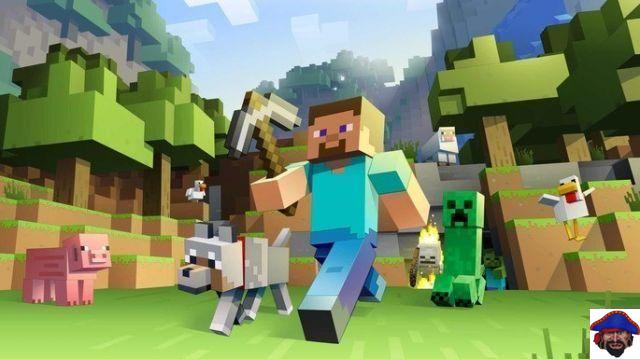 Minecraft looks like it was made for VR. Exploring, building, collecting and battling is made much easier using virtual reality. The movements became super smooth, and now it doesn't have those problems with the camera movements of the traditional versions. And the VR version brings multiplayer, so that's all you wanted. 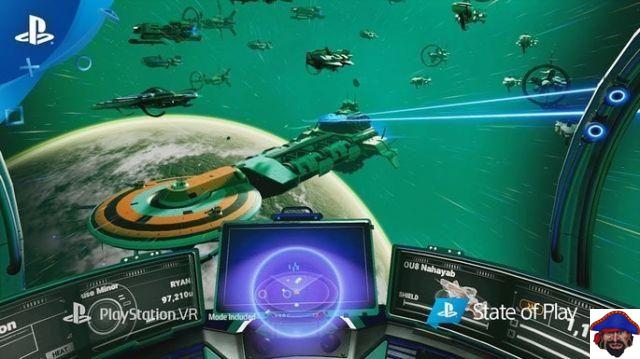 Getting to the center of the universe using a spaceship is cool. In augmented reality the fun is even greater. Building your bases and battling pirates is one of the many strengths of No Man's Sky, not to mention the nearly 1000+ planets you can discover and record as your discovery. 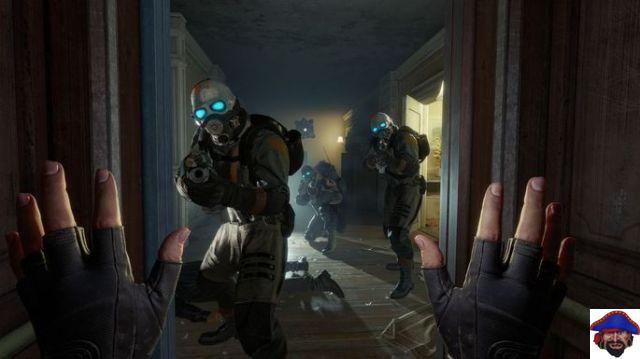 There are only 11 hours of campaign, but very intense. Controlling Alyx Vance you enter a narrative that takes place right after the first Half-Life, in a game made exclusively for VR. In other words: fine-tuned mechanics and cutting-edge graphics await you in this adventure from Valve. 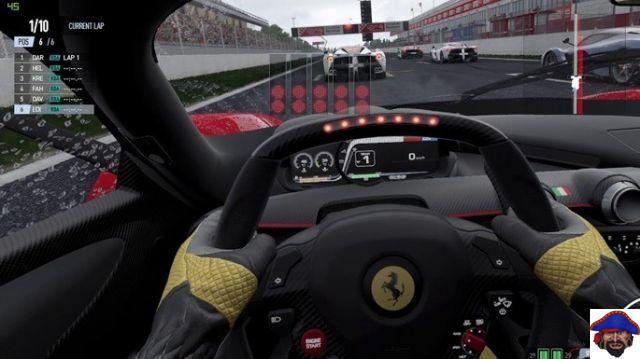 One of the most realistic racing games in the world, Project Cars 2 has a VR version. And if you thought it was amazing before, in virtual reality the game gets absurd. The graphics are spectacular, and the visual effects of the weather changes are quite frightening during the races. From gear shifting to accelerating you have a unique experience. 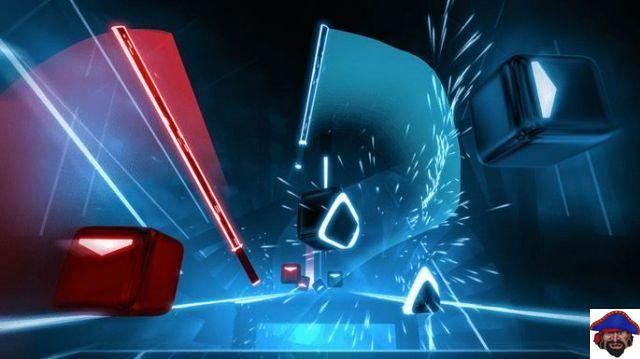 Beat Saber is a musical dance game where you use lightsabers. As the songs change tempo, the sabers change color, and the super fast pace of the game requires you to always be on your feet and on the move. Full of obstacles in the middle of the songs, it's great for those who like to practice exercises! 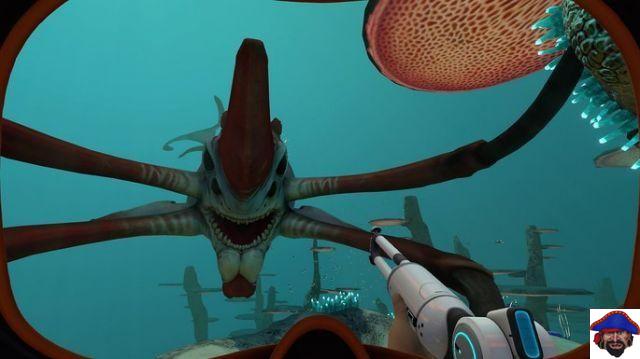 Subnautica puts you to explore a planet with a huge ocean. Dive deep and discover a world full of underwater life, with beautiful graphics. As you progress through the quests, you learn about the ancient history of this planet, from which you need to escape. But believe me: with VR you won't want to finish the game!

9. Keep Talking and Nobody Explodes 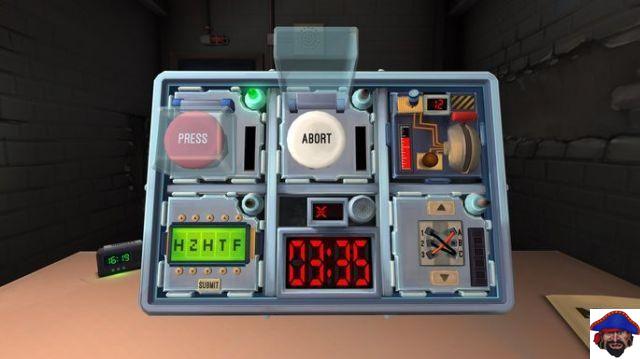 Keep Talking and Nobody Explodes is a classic from CaptainVideoGames, because it's really good! Using virtual reality gets even more interesting, as you feel even more tense having to defuse the game's bombs. We recommend that you breathe well and try not to despair so as not to make everyone explode! 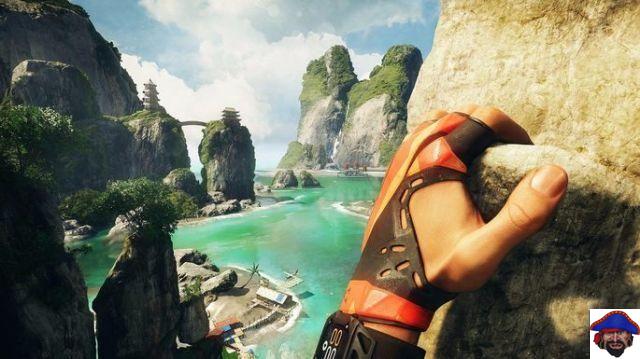 The Climb is one of the best games in regards to simulating real life. The graphics are impressive, so you really feel like climbing a rock wall, full of dangers, and there's even a vertigo system so real that you might even feel a little sick. So don't look back! 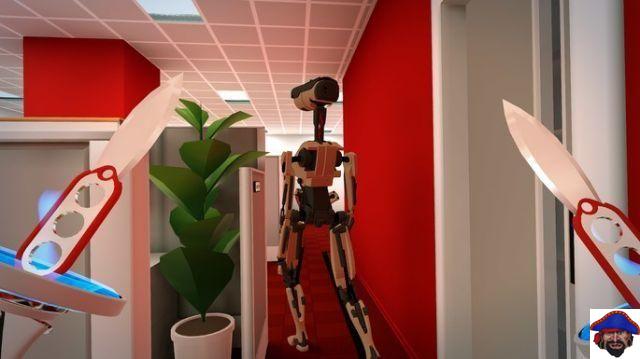 This game has a very funny proposition: robots try to make you lose your job. Your mission is to literally face these robots, while trying to escape the office alive. With stealth tactics, you go through scenes that make a pretty cool critique of how machines are occupying previously human work positions. 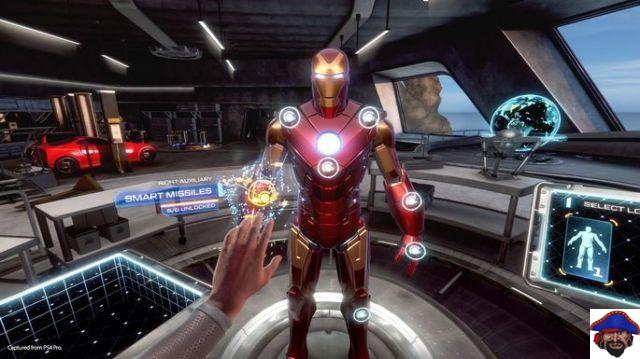 In this shooter you take on none other than Tony Stark and his Iron Man armor. You must face a hacker named Ghost, going through various main and side missions. But the coolest thing about the game is flying around the world using the armor. Upgrade it and unlock more! 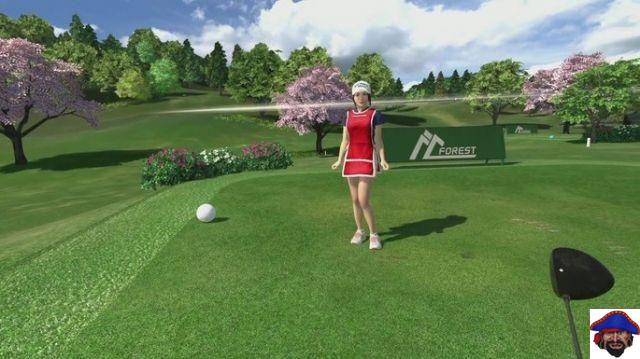 Always wanted to play golf but didn't get the chance? Try Everybody's Golf. Use PS Move and swing on 3 different golf courses. It's a simple game, but very well executed, and it's a great way to pass the time. 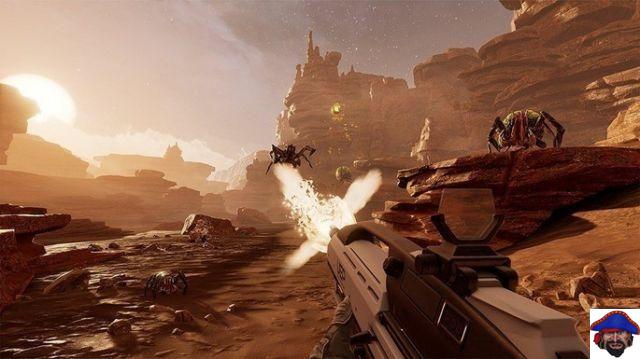 First game to use the PS VR Aim, the weapon-shaped controller, Farpoint puts you through scenarios full of alien enemies. It's a small game, but it's worth it for the experience of using the controller, which brings a very realistic feel to combat. 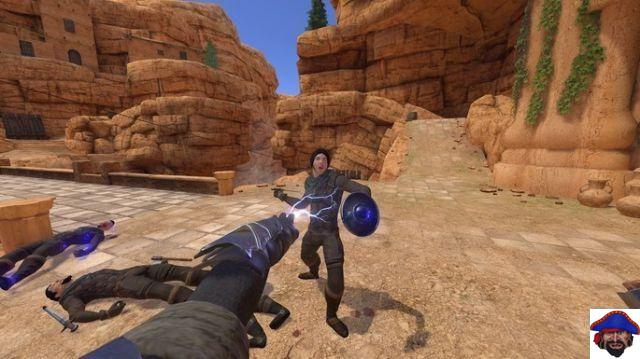 Blade & Sorcery is a medieval sandbox, focusing on melee sword combat. This fighting mechanic is very realistic as you can attack with moves practically created by you. From slashing through enemies with the tip of a sword to deflecting spells, the freedom of movement and strikes is almost limitless! 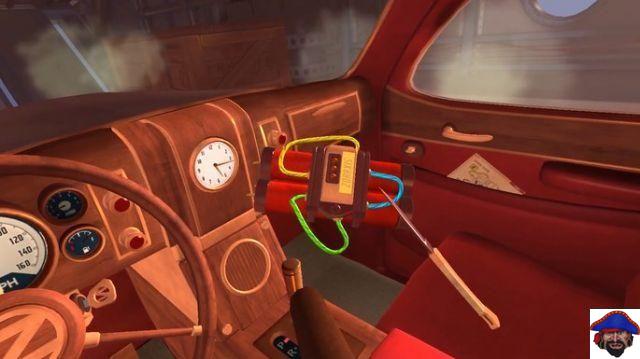 I Expect You To Die is a puzzle game. You are a spy, who must escape from situations that threaten your life. The problem is that you must do this before the time runs out. Everything in the scenario can be useful, so stay tuned! 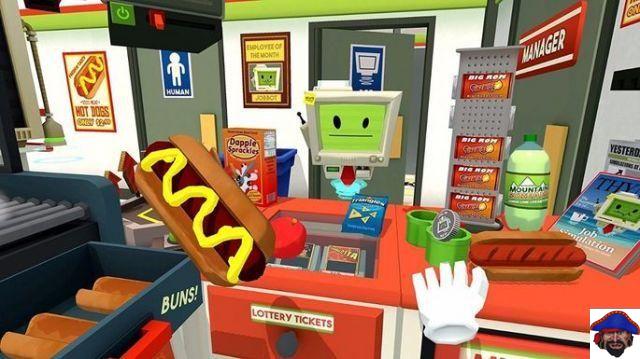 Job Simulator is exactly what the name says: a job simulator. From a receptionist to a mechanic or a chef, whatever you want. The VR version is even better than the original, as the immersion makes even office work fun. 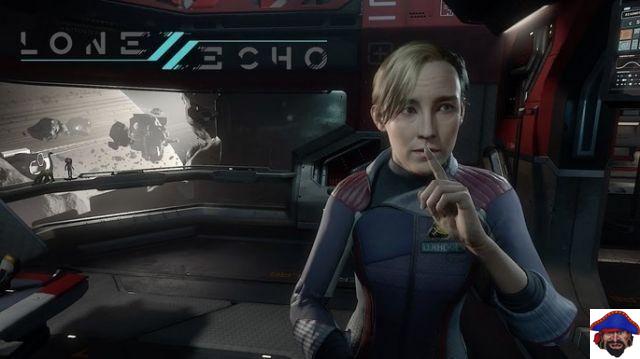 In Lone Echo you control an artificial intelligence system. You must help the captain of a spaceship to unravel a mystery around Saturn. The game is impressive for the graphic depth and spatial immersion it provides. 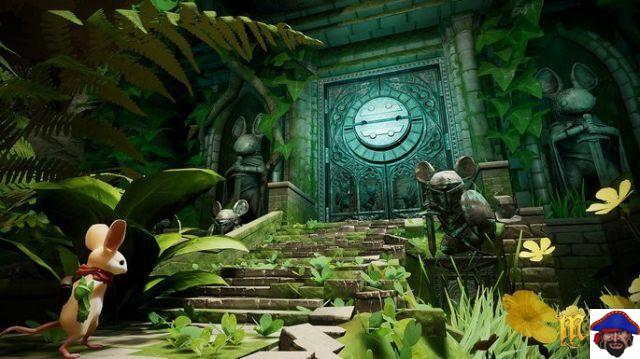 Moss is a super cute adventure game where you control a mouse, Moss, who wakes up in a magical forest. His mission is to find and save his uncle, who is lost out there. Solve puzzles, face enemies and get lost in this beautiful story for all ages. 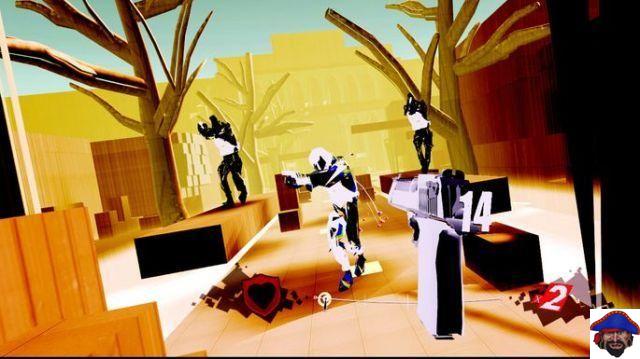 Pistol Whip is a mix of dance and shooter genres. As bizarre as it sounds, it's great! You'll shoot enemies as they appear, with frantic background music that you can follow or not. Create your own rhythm and don't be beaten! 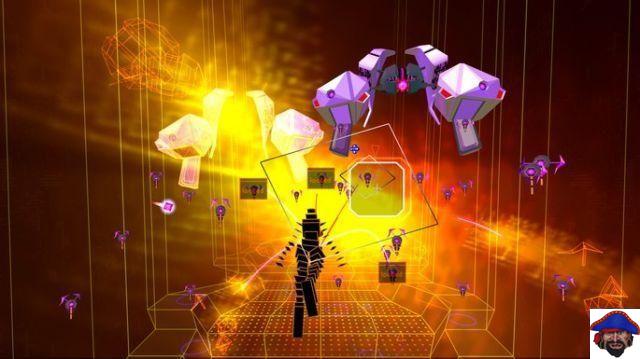 Rez: Infinite is a recreation of a classic. In Rez you control a virus, which must save the machine's main system from self-destructing. Face firewalls, other viruses and various enemies in 5 fun stages in this very different adventure. 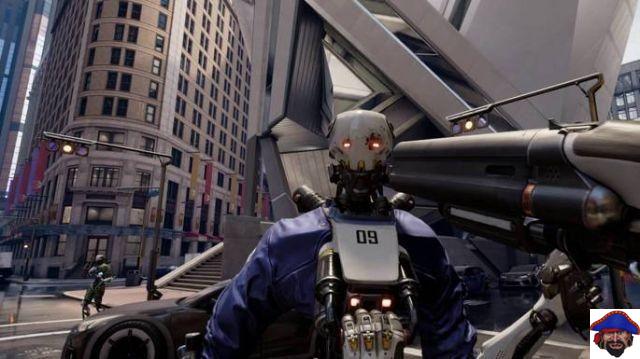 The robots have rebelled in Robo Recall and it's up to you to eliminate them all in this high-quality shooter. Walk through the city and climb to the top of buildings, using various weapons and combat forms to rid society of these rebellious machines. 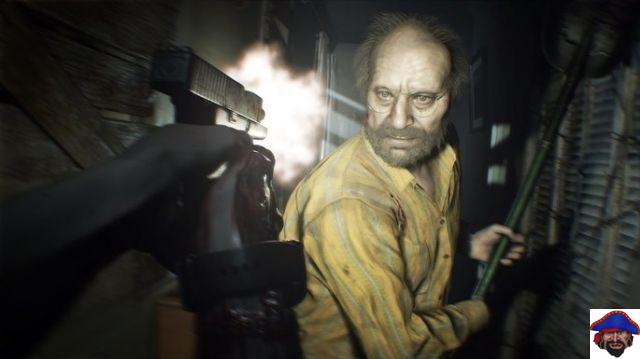 Resident Evil 7 VR is the same as the regular version of the game, only 5 times scarier. So if you've already beaten the game, imagine facing the Bakers again, but in virtual reality. If you've never played, get ready: you'll need a tranquilizer! 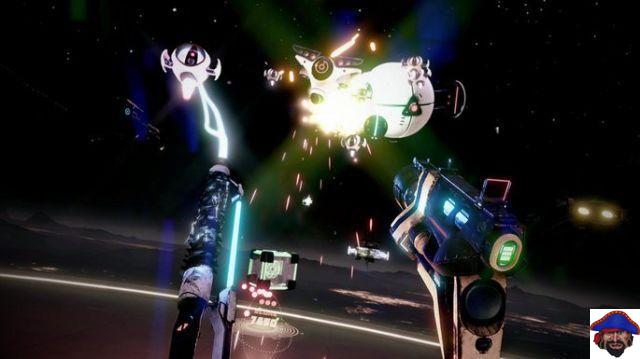 In Space Pirate Trainer you control two blasters and you must use them to shoot down pirate ships that try to approach your base. But the coolest thing is that you have to physically duck to dodge enemy fire. So play with plenty of space around you! 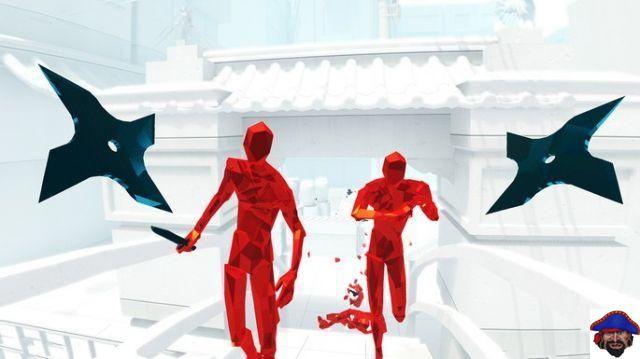 Superhot invites you to defeat all enemies in red to move on to the next stage. But what's new? Can control time. If you stop moving, everything around you stops too. If you move fast, everything speeds up. Finding the balance of movement is the goal! 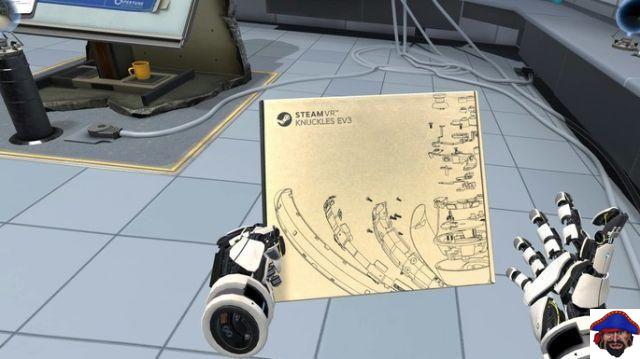 In The Lab you return to the Portal 2 lab. Here you complete tasks and quests that involve working in the lab. Repairing robots, testing armor, and a host of other cool activities that introduce players to the world of virtual reality using Portal 2's settings. 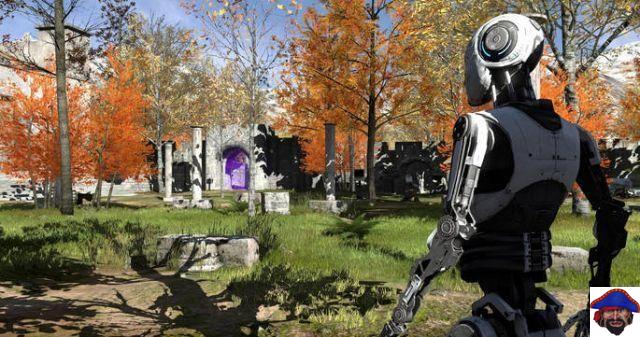 The Talos Principle VR features dozens of puzzles to solve. They are all very complex, so you can spend hours on it and not even notice. Graphically, it's a very beautiful game, and as you advance and discover more about the story, you get to know a little bit about your character. 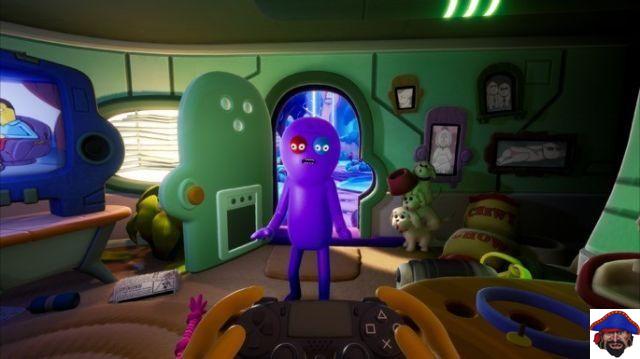 Trover Saves The Universe is from one of the creators of Ricky and Morty, so the story is bizarre: saving your dogs and the universe at the same time. It is a multi-genre game with platforming, combat and exploration elements. 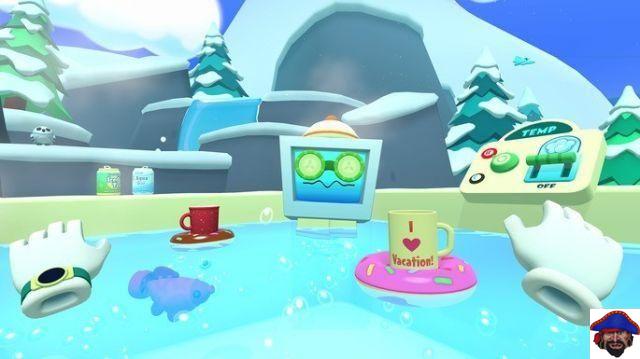 Vacation Simulator takes you to an island to explore everything and create the perfect vacation. Snow, beach, mountains, countryside: everything is at your disposal. Make friends and build connections as you complete small quests and build up your memory pack. 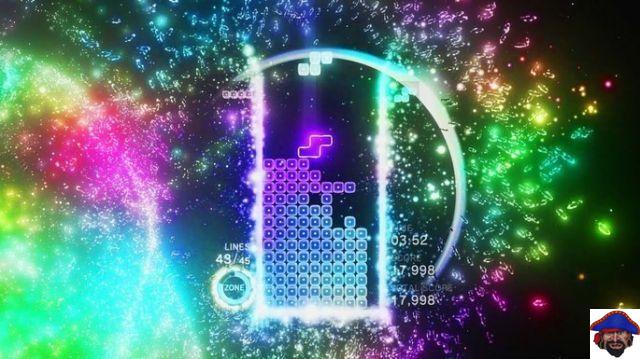 Tetris Effect is the best version of this classic! The difference is the full 3D look, which adds visual and sound effects as you complete the proposed stages and games. For those who have always liked this game, there is another golden opportunity to play it.

add a comment of The 30 best virtual reality games for all platforms!