The 25 best zombie games you should play!

Zombie games are some of the favorites of gamers all over the world. Meet now 25 of the best of the genre, ranging from PC classics to the legendary Resident Evil. Prepare your weapons, collect your resources and spend hours playing the games from our list below! 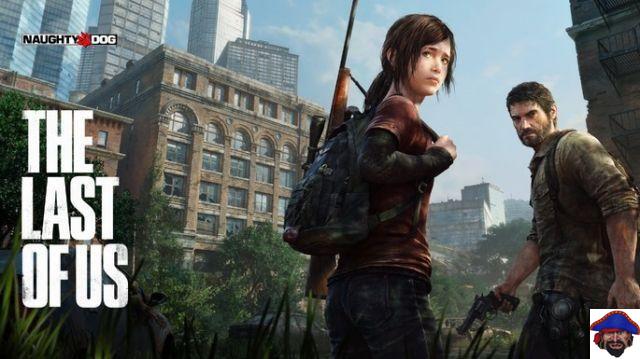 There's no way to talk about zombie games without talking about The Last of Us. Mainly because this game is more than a game about eliminating the undead. With a mechanic focused on strategic action and stealth, in addition to bringing zombies that require unique approaches, we can safely say that this is the best game of its kind. 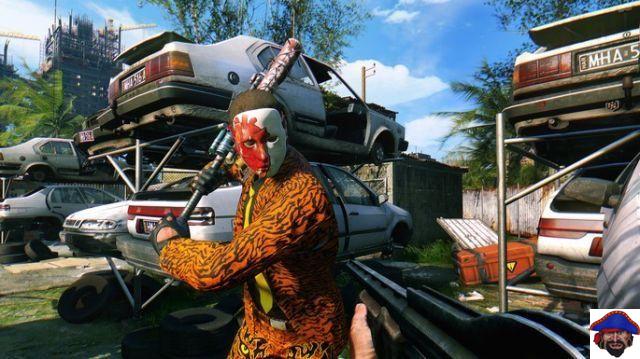 A zombie game focused on cooperative work, which encourages players to create melee weapons. It is one of many games in which the player takes on a scavenger, looking for resources to survive and eliminate zombies. Its freedom of exploration, parkour elements and survival strategies make this game one of the best ever made. 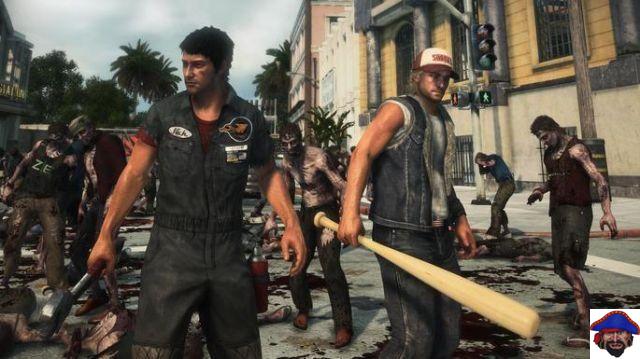 Platforms: Xbox One and PC

Many consider Dead Rising 3 the best of the franchise. A map that is bigger than the first two games together, being able to save from anywhere, being able to play with friends are some of the many quality features of the game. The resource gathering element is quite broad, and driving plays a fun and crucial role. Besides Nightmare Mode, which is one of the hardest things! 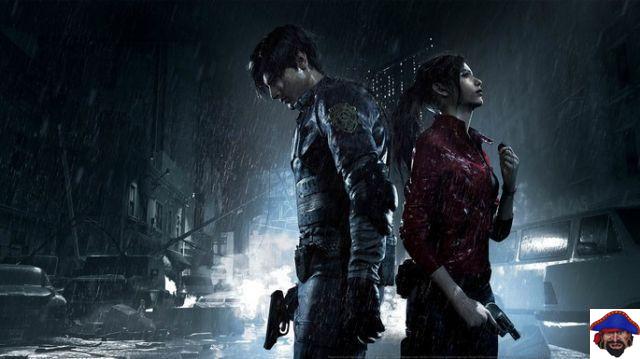 Both the original version and the remake are great. But it's the second one that brings more focus on zombies, creating unique differences for the creatures and giving them the ability to appear out of nowhere in front of you at the worst times. They are resistant, requiring a lot of bullets (which are few in the game) to stop being a threat. And besides the zombies themselves, the whole narrative is very well built.

Leon's mission to rescue Ahsley, daughter of the President of the USA, is fraught with encounters with even intelligent zombies, which take a lot of trouble. Facing mutated creatures and solving puzzles is basically the essence of the game, but its quality is in the level of challenge and in the refined game mechanics of RE4 in relation to the previous ones. 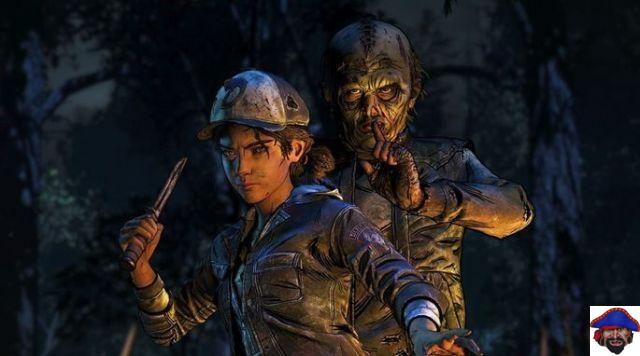 Few games are as good as this one. The Walking Dead chapter series created by Telltale brings emotion, action, decision-making and great storytelling all at the same time. Something innovative for a game of this genre is that zombies are not the main thing, but humans and what we do in an event like a zombie apocalypse. 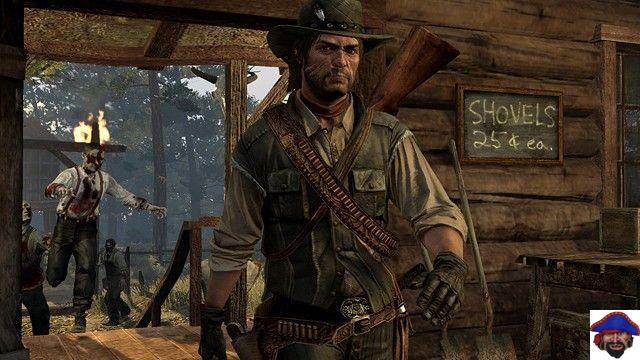 Red Dead Redemption: Undead Zone isn't a complete game, as we know, but that's exactly why it's here. This Red Dead DLC is so good it needs to be played. John Marston continues to search for a cure for a zombie plague that has affected his family. And then you know: the cowboy facing the zombies is one of the coolest things ever made. 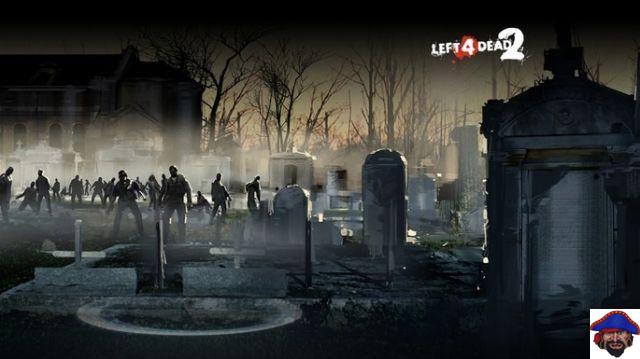 Left 4 Dead 2 is similar to The Walking Dead on TV. You must survive with a group of allies the zombie apocalypse. The good thing is that the mechanics available for survival are varied, allowing you to build an almost unique style of play. 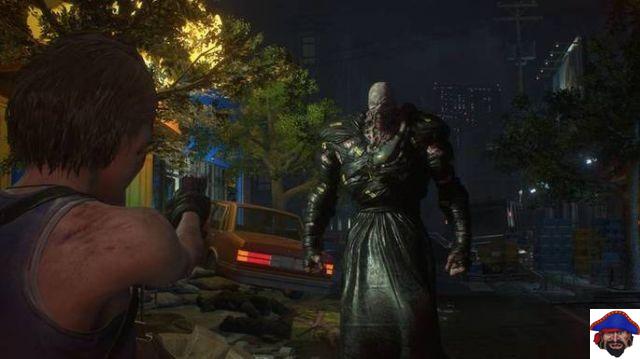 Resident Evil 3 is great in either version. Whether it's the original or the remake, it's amazing the feeling of not knowing where Nemesis will come from and scary screams from him. It's the 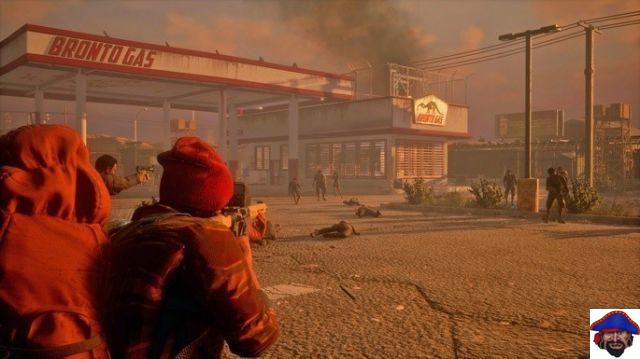 Platforms: Xbox One and PC

The best thing about State of Decay 2 is its co-op mode. Up to 4 people must establish a partnership and turn it into a community. Then they must manage resources, collect objects and supplies for the ultimate and most difficult mission: surviving hordes of zombies. 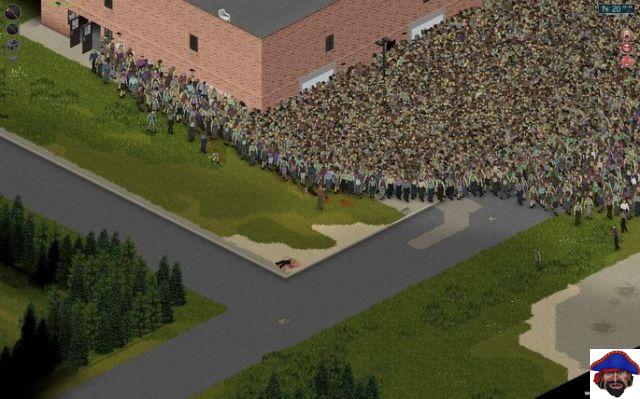 The graphics are the charm of Project Zomboid, an indie game that focuses on making the player try to survive as long as possible in a world full of zombies. The tension is that eventually you will lose. The question is: when and how? 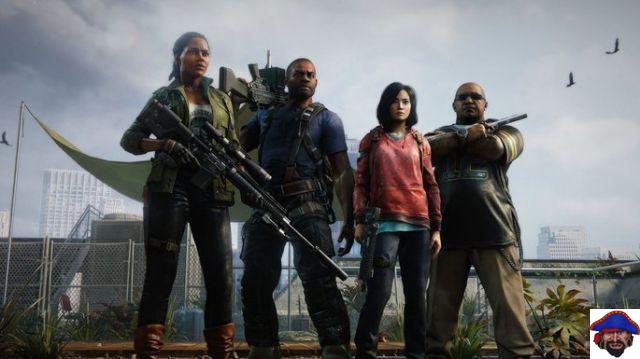 World War Z resembles the movie well, with endless hordes of zombies. They appear out of nowhere, so you and your team will have to be quick to escape with your life. The tricky thing is that the zombies in this game are smart and climb everything they come across. 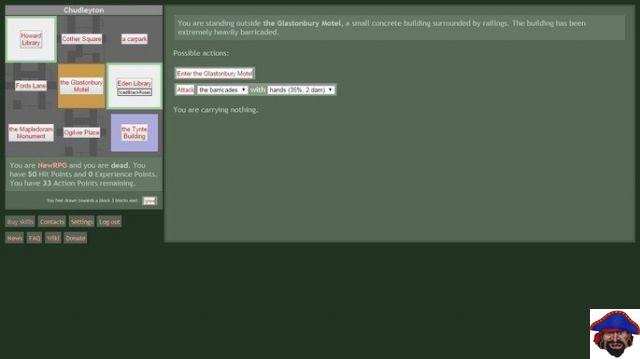 This is the game with the least action on the list. It's a text game, where you can be a civilian or a zombie. The game is all governed by Action Points, which you receive every 30 minutes. The total is 50 that you can store, and they are required to make decisions. When they run out, you can't do anything.

The game has no "end". It ends when you lose your life, otherwise you can enter every day and continue surviving. 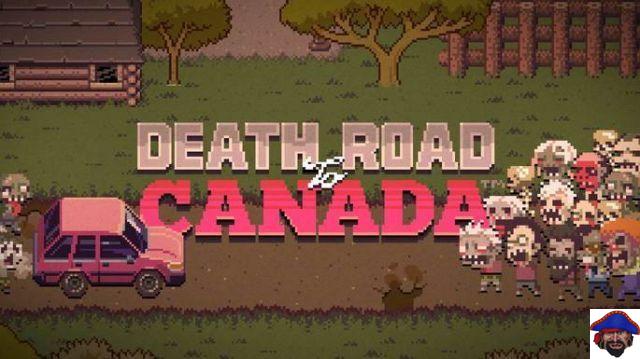 This game is fantastic! It simulates a car trip in which up to 500 zombies appear in your path at a time. You can run away, try to eliminate them, or die trying either option. The pixelated graphic suits the adventure very well, and the fact that it has multiplayer is even better. 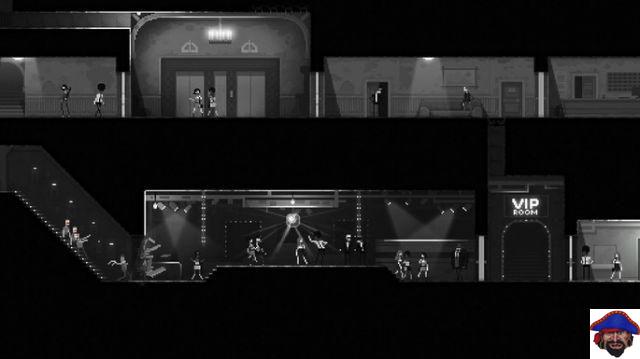 The fun and differential of Zombie Night Terror is that you are responsible for spreading the virus that turns everyone into zombies. The business is to take the plague to as many humans as possible over 50 levels. Human stamina significantly increases with each level, so be prepared! 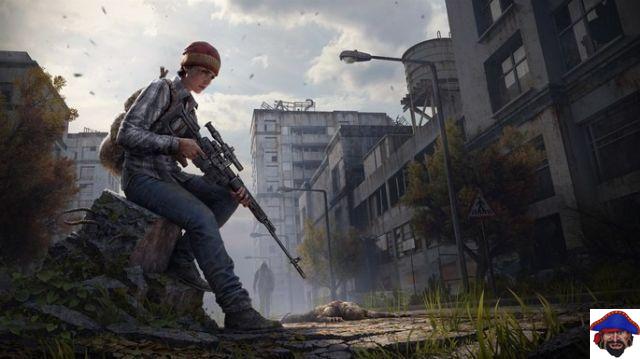 Platform: PS4, Xbox One and PC

DayZ brings some elements that we haven't seen in other zombie games. The first is that the zombies are alive and that they can be killed with shots to any part of the body. You must compete for resources with other humans, and you must even be careful not to let them invade your shelter! 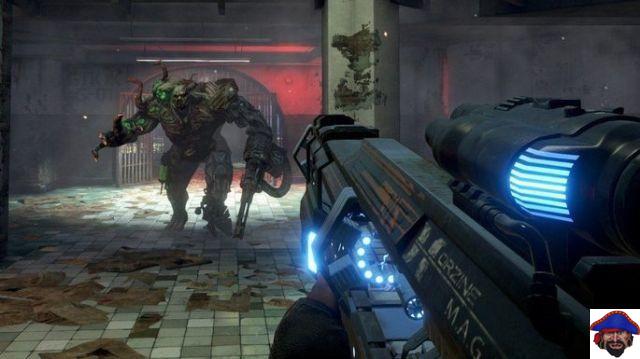 Killing Floor 2 is a first-person shooter that pits you against hordes of zombies. They come in levels. More zombies appear at each level, and the last one has a boss. You can play solo, but the strong point of the game is cooperation with up to 5 other players at the same time. 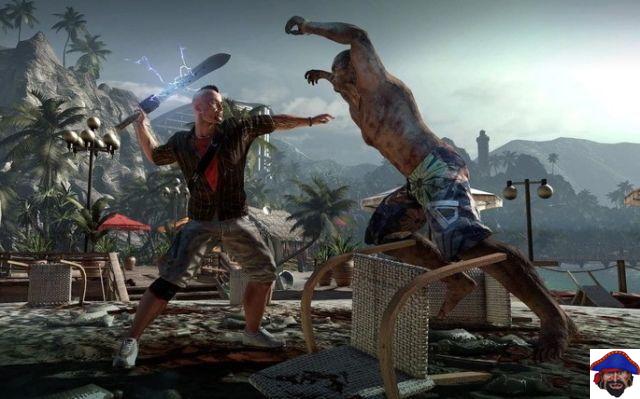 Dead Island places you and 3 other characters on an island that is infested with zombies. The 4 of you wake up at a resort being the only survivors of a plague. The mission is to survive until rescue arrives. 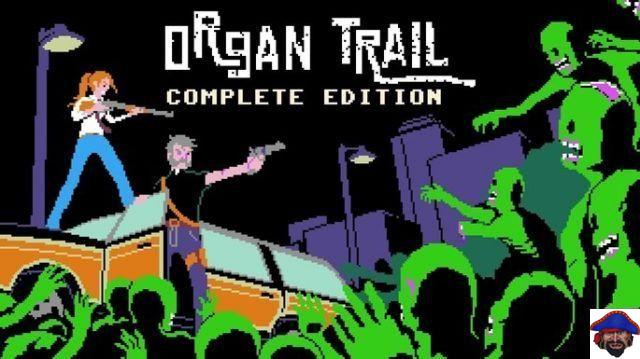 In Organ Trail you have to travel by car across the United States to find a supposedly zombie-free sanctuary. The problem is that all car occupants must arrive healthy and alive at the place. That's why keeping the zombies away is essential, but rationing resources too! 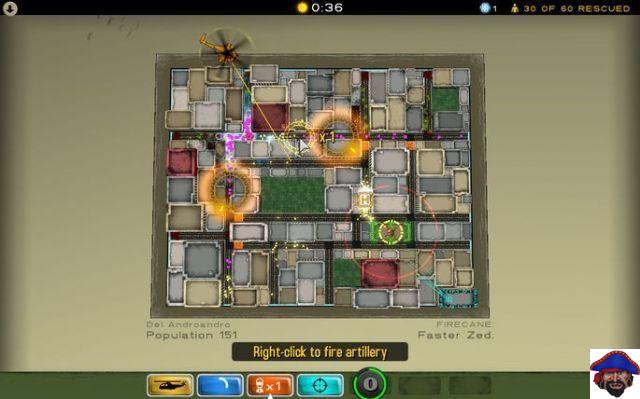 A real-time strategy game, where your mission is basically to save citizens of a city, using military helicopters. You can use weapons to eliminate the zombies, but you need to be quick, as every unsaved citizen is just another zombie to ruin your day. 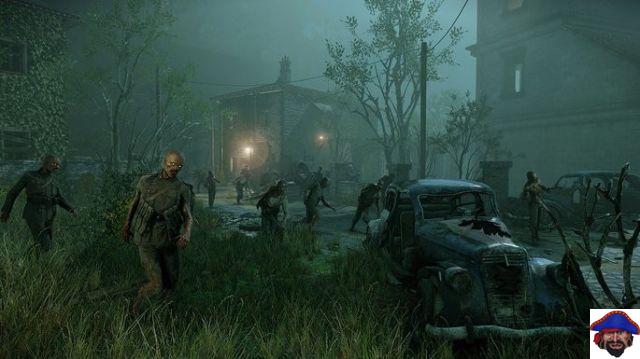 Zombie Army 4: Dead War is set in World War II, where the world is ravaged by an unprecedented plague. In the previous game the enemy was the zombie Hitler, but now you face an Italy full of undead to be eliminated. 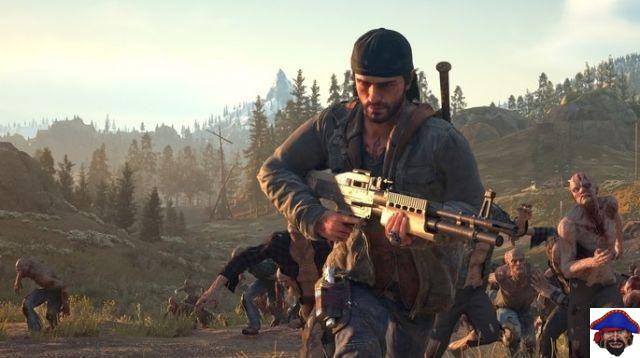 Days Gone is an open world survival game, with enormous gameplay freedom. The main dynamic of the game is the change of day and night, which affects the behavior of zombies. As the protagonist is a scavenger, in addition to fulfilling the story missions, he will be able to search for items and resources around. 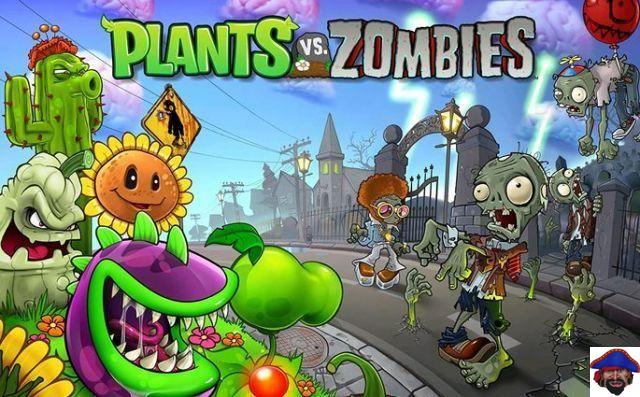 plants vs. Zombies is a game that deserves to be here because it's a lot of fun. Despite not being the same as zombie horror games, it brings players good times. You assemble an army of plants that must not let zombies advance across the board. Unlock plants and powers and new enemies with each level! 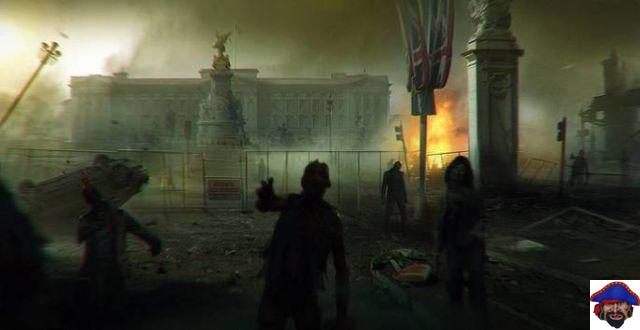 Platforms: Wii U, PS4, Xbox One and PC

ZombiU is one of the hardest of all zombie games as you can die with just one bite. And whenever your character dies, he dies for good. You have to start from scratch with another one, which is extremely annoying. But for those who like realism is quite interesting! 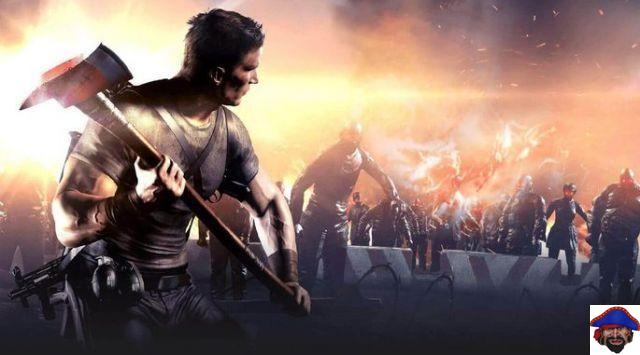 A simple first-person survival game in a zombie-infested world. The gameplay requires the fulfillment of dozens of objectives, most of which are related to eliminating zombies. It stands out as one of the few zombie-themed mobile shooters with complete freedom of movement.

Other lists that may interest you:

Audio Video The 25 best zombie games you should play!
The 25 best offline games for Android! ❯

add a comment of The 25 best zombie games you should play!