The 25 best offline games for Android!

Do you want games to have fun when you're without internet? Then check out the 25 best offline games for Android phone users! They are casual games, RPGs, simulators and other very good games that you will definitely want to have downloaded on your smartphone right now! 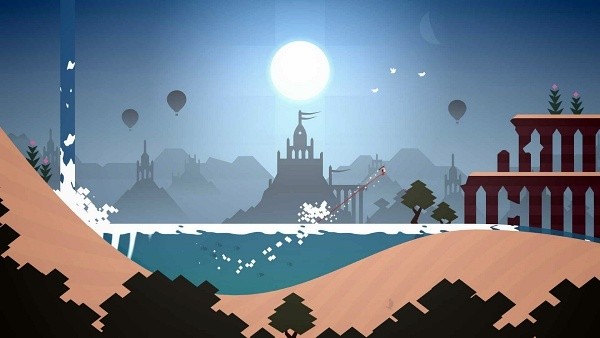 Alto's Odyssey is a game that emphasizes its world and its story rather than the gameplay. The universe, the music and its design transform the atmosphere of the game into something immersive for players.

Infinite runner games are usually very energetic, but this can actually be a calm experience. You'll feel relaxed simply by sliding along dunes and collecting points while avoiding obstacles. And, being a very casual game, you can join just a few minutes whenever you want. 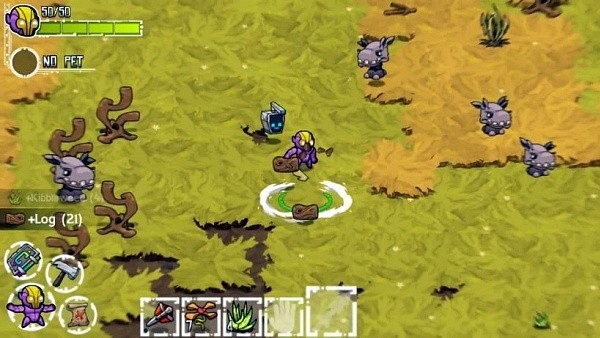 Crashlands is one of the best offline games you can try! Your character lands on a planet where he is trapped and your objective is to build a base, defeat the local boss and create various items in order to succeed. You can craft over 500 items as you progress through the game and discover the secrets the maps hide.

The combat system is simple but fun, and the story has a lot of funny moments. Also, all fights have certain patterns that you need to learn to win, making the game more challenging. 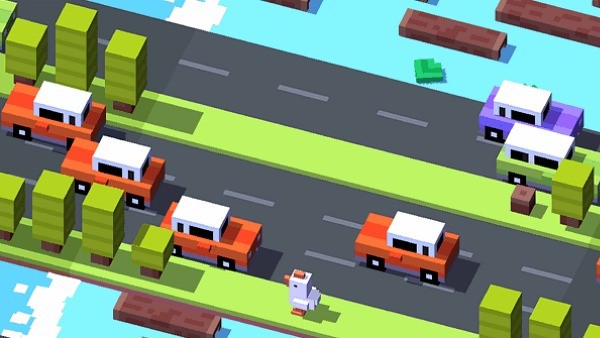 A free and extremely addictive game, Crossy Road is an 8-bit adventure where you control a chicken trying to cross the road. You have to avoid cars and rivers and try to stay safe. Although it's a repetitive game, Crossy Road never gets boring, with over 150 collectible characters and countless hours of fun. 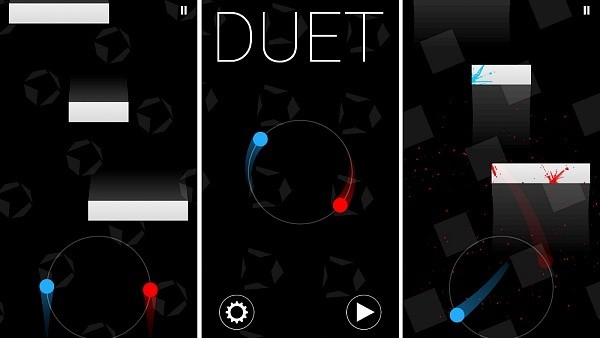 Duet is a puzzle with some racing elements. You will control two balls that orbit a central point and your objective is to rotate these orbs without touching the platforms. Each level gets harder, but always fun enough for you to spend hours playing. 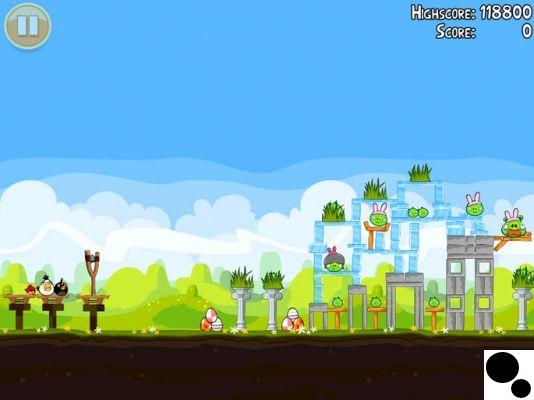 The first Angry Bird has already become a classic, but it's a game that's still worth playing. With a good level of challenge and fun, it's perfect for all ages, yielding hours and hours of gameplay, especially if you're a perfectionist and want 3 stars in every level! 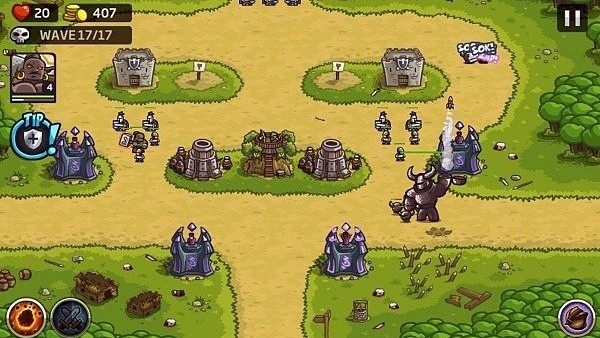 Kingdom Rush is a very popular tower defense game. You have to build towers and place heroes on a predefined path so as not to let your enemies through. Also, each level has different towers, enemies and upgrades. The game is very challenging as you go along, but the feeling of reward will make the persistence worthwhile. 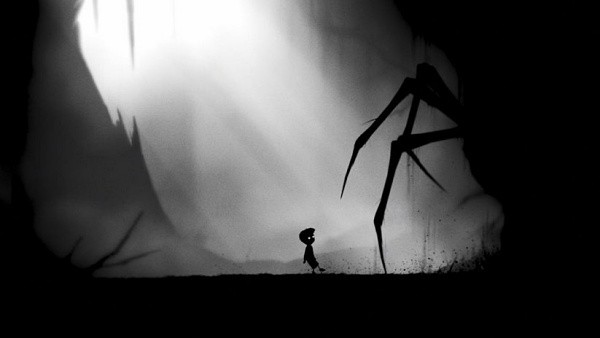 Limbo is a 2D platformer in which you lead a boy in a monochromatic world looking for his sister. You use the environment in a unique way to solve puzzles and advance in the world in order to find the end of the game. The graphics are very beautiful and elegant, and the adventure is fun and challenging. 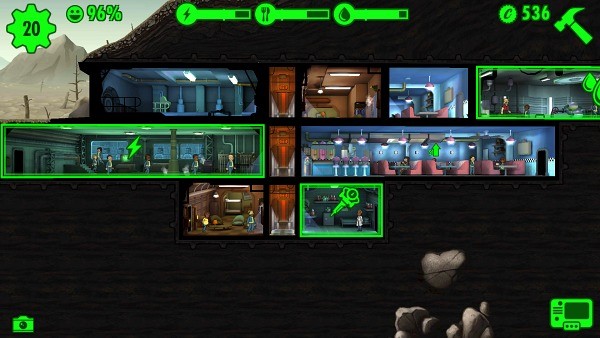 
In this construction RPG you have to design your post-apocalyptic bunker. You will also have to take care of a group of survivors, providing them with energy, water and food to survive. In addition, you can send your citizens to collect resources or even to defend the shelter against attacks.

Plague Inc is one of the most popular mobile games. Your goal is to design and develop a disease in an attempt to eliminate humanity. By infecting people and eradicating countries, you earn funds to evolve the plague with new symptoms, means of infection and modes of transmission. Also, you can rename your disease to whatever name you like. 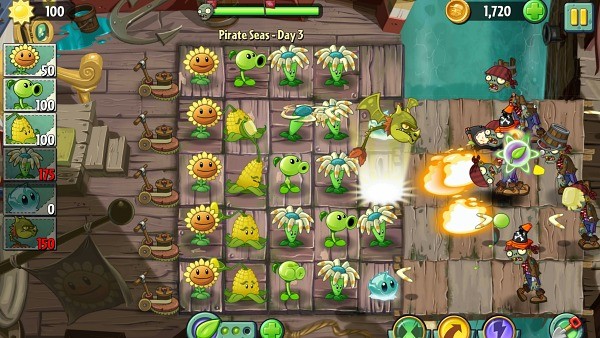 Although it's a game from 2022, Plants vs. Zombies 2 remains one of the best mobile strategy games. You have the simple objective of placing plants to protect the path of zombies that want to infiltrate your garden to eat your brain.

Like all strategy games, Plants vs. Zombies 2 gets more and more difficult as you progress through the levels, but it never stops being fun. 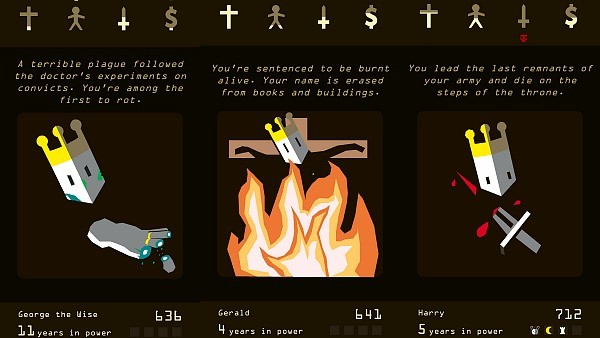 Reigns is a card game franchise consisting of three different games. In all of them, you gain cards and each one has an option that you will have to choose. The decision you choose will take you to the next level or kill you, ending your reign. Story and strategy are most important, making Reigns a unique experience. 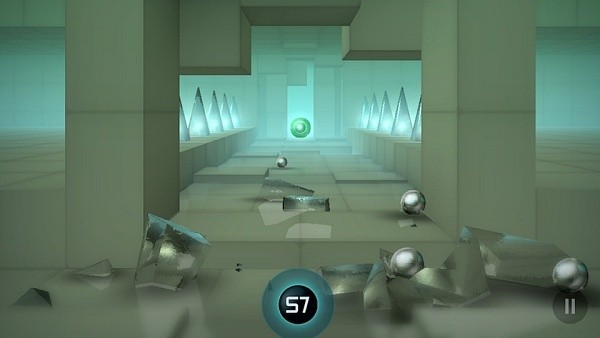 Considered one of the most addictive games of 2022, Smash Hit continues to guarantee hours of fun. You play in first person and you have to throw iron balls against glass objects to destroy them. The more objects you destroy in a row, the more points you earn as a bonus. As you go through the level, the difficulty also increases. 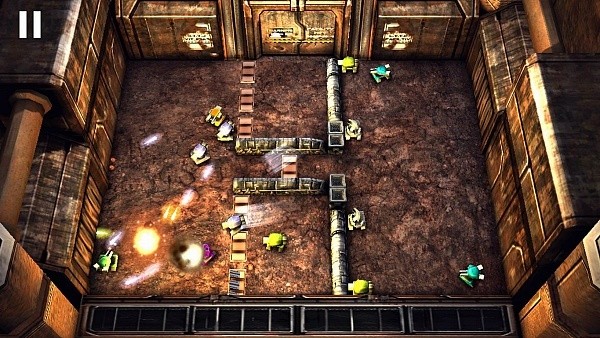 Your objective is to destroy opposing tanks with your laser cannons. In each stage you will have to destroy all the tanks on the map to advance. As you advance in the game, the player will find different types of tanks, powers and mazes that won't let the stages get repetitive!

The Room is one of the best mobile puzzle game franchises. You have access to complex puzzles, elaborate graphics and interesting stories. Your objective is always to complete the challenges necessary to escape from a place where you are trapped, but the games also have different ends according to your choices. 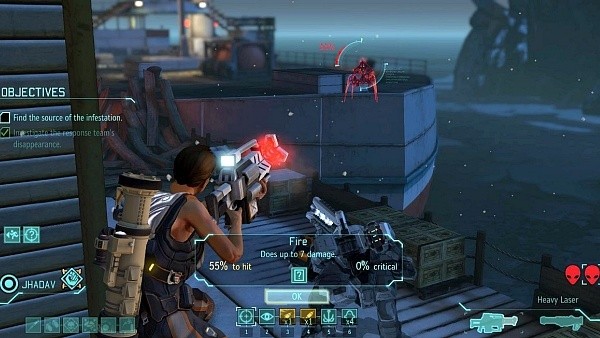 Another popular PC game that has been ported to mobile is XCOM: Enemy Within. Here you lead Earth's last line of defense against an alien invasion. You'll have to respond to attacks by extraterrestrials, research new materials and command a team of soldiers. The gameplay is intuitive but difficult enough to keep the player's interest. 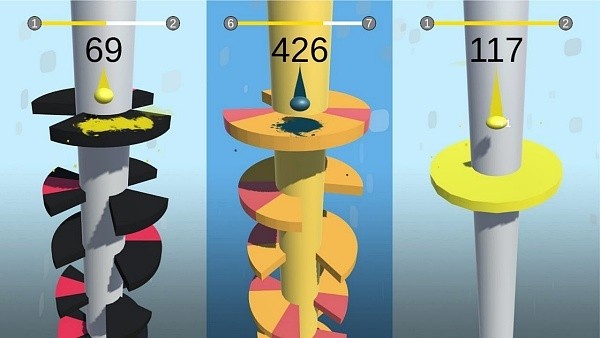 Helix Jump is an addictive game in which your objective is to make a ball descend between different platforms, without touching the parts with different colors. As you overcome these obstacles, the game becomes more difficult, but the mechanics are so simple that you won't want to give up. In the end, you won't even notice the hours go by as Helix Jump is so challenging. 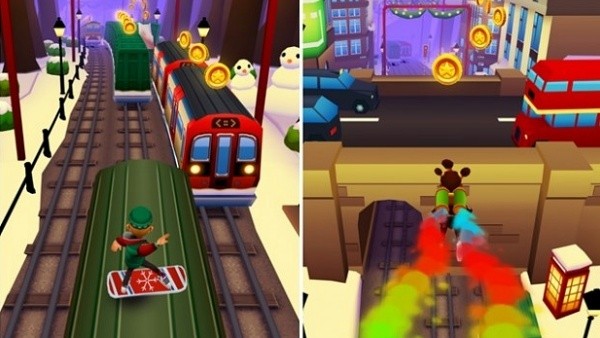 Being an infinite runner game, you will always have the motivation to want to go further in Subway Surfers. The game is from 2022, but that's not bad, as it has constant updates, such as boards and new cities to visit. Also, the graphics are very good, and the controls are intuitive. 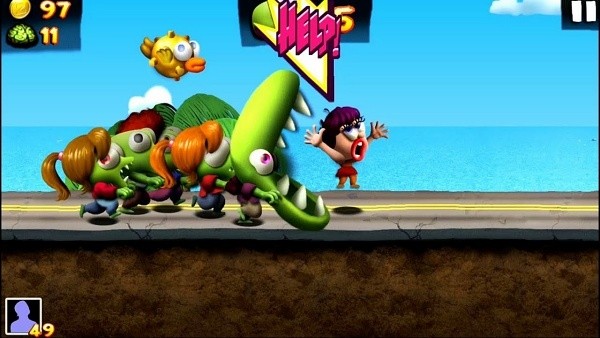 Here you are a zombie with the objective of turning humans into allies in order to control the Earth. As you advance in the game, more obstacles will appear and you will have to overcome them with simple mechanics. The simplicity of the game and its ability to have fun and make the hours go by without you noticing make Zombie Tsunami an addictive game. 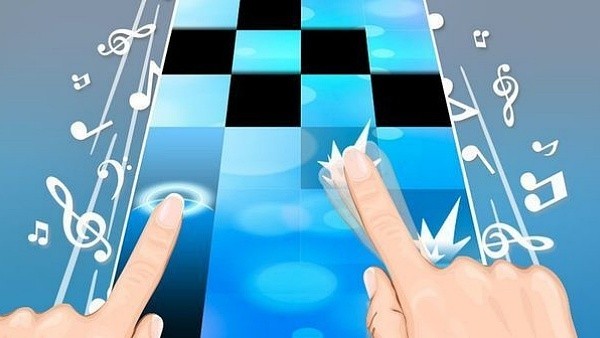 Piano Tiles 2 is a game with the objective of tapping the black keys to the music without making mistakes. The game's soundtrack is very appealing, including classical music as well as other popular songs. In addition to the motivation to score more and more points, you'll also want to level up to unlock new songs and levels. This is undoubtedly one of the most popular games for you to try. 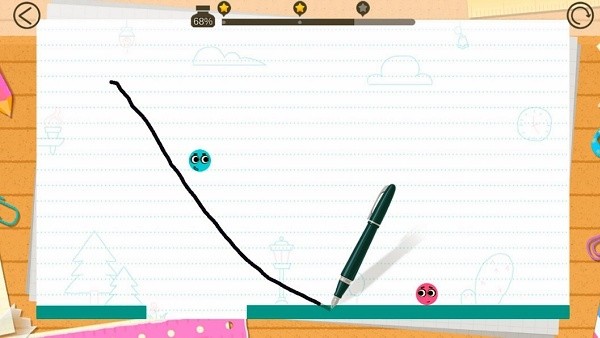 In Love Balls you have to draw lines to help the two balls stick together. You'll have to think strategically to overcome all obstacles and collect the marbles. The game has beautiful graphics and you can also buy new pens, balls and backgrounds with the money you earn by passing the level. The puzzles increase in difficulty as you progress, but always in a smart and fun way. 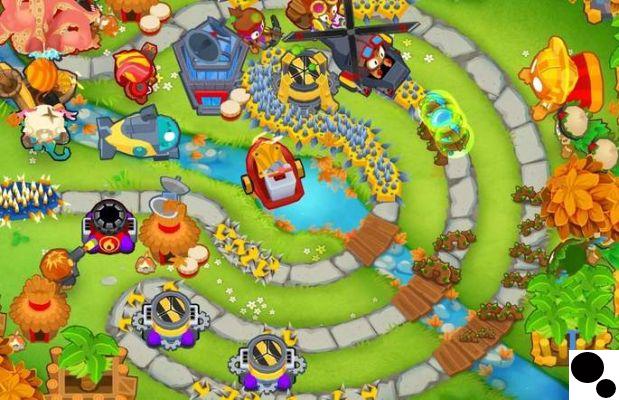 Bloons TD 6 is the sixth game in one of the most famous tower defense game series for mobile. You control monkeys that cannot let the most diverse types of balloons reach their territory.

For that you have monkeys specialized in certain weapons, a giant skill evolution system and many customization possibilities. Assemble your army and head into battle!

RPG fans need to play Eternium now. He is a reference to the classics of the genre: solo, offline and almost endless! It has very well-kept graphics, a nice narrative and a lot of space to customize and evolve your avatar.

Best of all, it's not pay-to-win. From start to finish what determines your success is your skill alone. It has a fluid mechanics, which makes it one of the best mobile games!

Want a more graphically designed version of Jason Vorhees? Here it is! Killer Puzzle puts you in command of the serial killer in over 100 levels with puzzles and innocent victims to eliminate.

The coolest thing is that you have access to the most diverse versions of Jason, and if you want you can change the game's options to have visually bloodier or "lighter" experiences for the kids to play too.

Once Upon a Tower 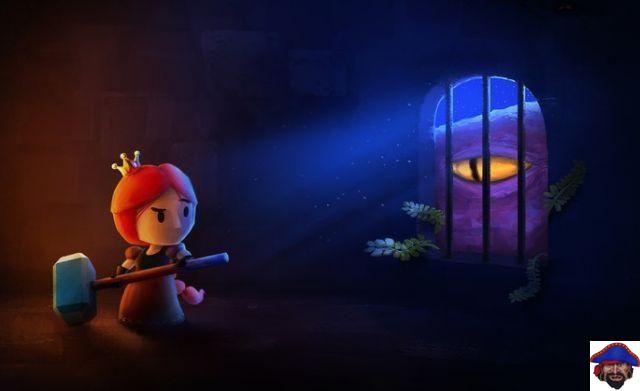 Another tower game, but here the idea is to escape the tower you are trapped in. That's right: a princess who doesn't need a prince to save her! Face dragons and traps in this game full of surprises!

There are dozens of different stages and towers, as well as characters to choose from. Select a viking, a ninja, a mummy or the typical Disney princess!

Pocket is a more modest SimCity. But the idea is the same: to be the Mayor of a city and build it all from scratch. The game is very intuitive and has very good animations, which even surpass most famous games. The good thing is that you don't need internet at all, and you can play without having to spend in-play purchases!

Also check out these game lists:

add a comment of The 25 best offline games for Android!