Local co-op games are those to play on the same team! We've picked 25 of the best co-op PS4 games to have fun with your friends, all sitting on the same couch, just like it used to be! They are games of the most varied styles and genres, thinking to please all types of players. 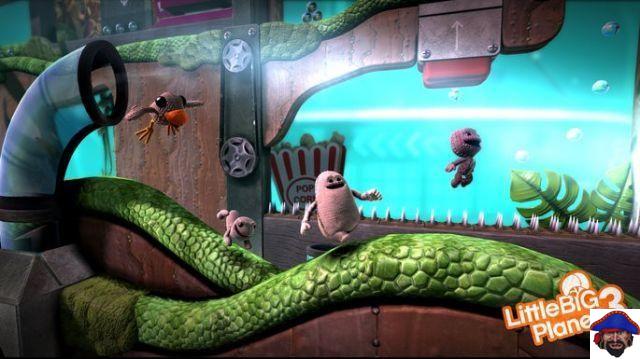 LittleBigPlanet 3 is one of the best games to have fun on the spot with friends. You can play with up to 4 people at the same time, which can be a great challenge in trying to win the super creative missions and stages of this game. Customize your character to your tastes and embark on adventures with Sackboy and his companions! 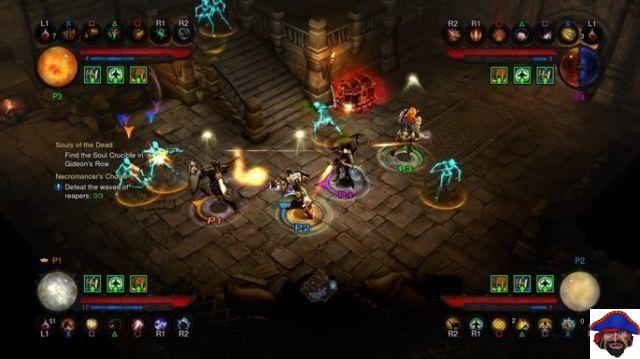 Diablo III achieved the feat of being even better than its predecessors. With beautiful graphics and a well-constructed narrative, the game allows you and up to 3 other friends to face the forces of darkness together in all Acts and quests in the game. Evolving characters and building their identities is more fun in company. 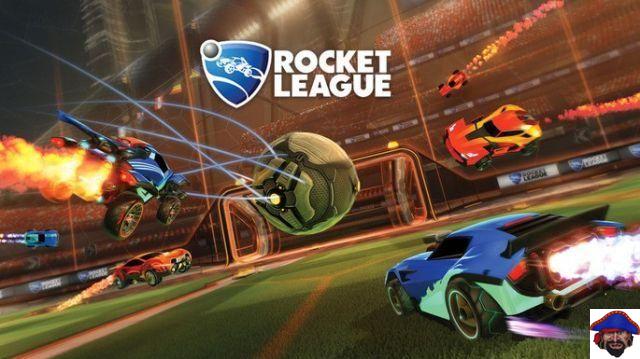 Rocket League is the unlikely mix of racing cars and football. It worked and works even better when you and your friends assemble a team to play against the machine or even against another team online. This game is perfect for those who like sports, but not necessarily traditional sports. 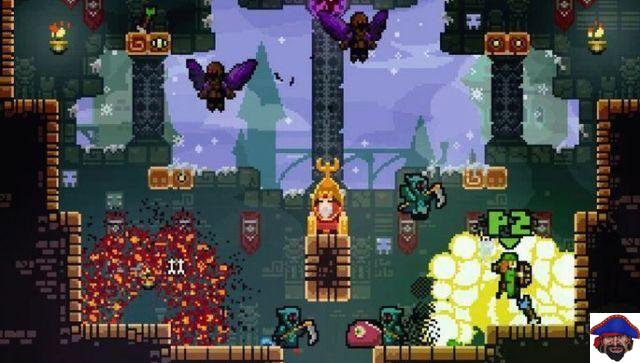 TowerFall Ascension brings the classic game mode in which you and 3 more friends face each other on a map to see who will be the last one alive. The battles are intense and difficult as the game mechanics are quite challenging. But it is precisely because of the intensity and adrenaline that this is an absurd game to play with friends! 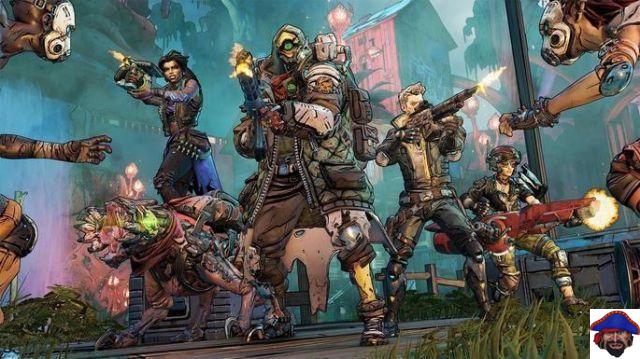 Borderlands 3 keeps the franchise at a high level, as one of the great first-person shooters of the current generation. The exploration of a vast open world, which can be done on foot or with vehicles, is undoubtedly one of the strongest points of this game. And, of course, with the possibility of zeroing the campaign with one or more friends by your side. 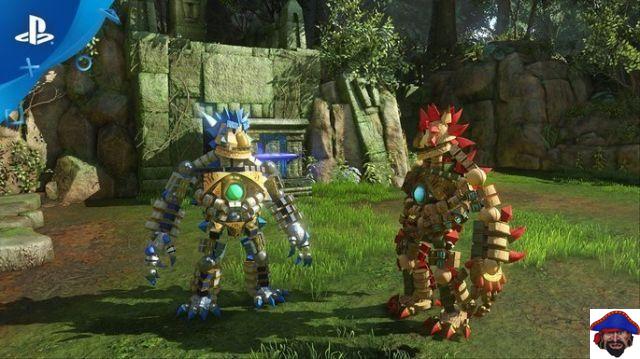 Action and platform game, in which you control Knack. He kicks, punches, jumps, changes size and has a bunch of other abilities that allow him to progress through stages and quests until he gets to the boss. Like Spelunky, it's a good game to have fun for a few hours, and can be played together with a partner. 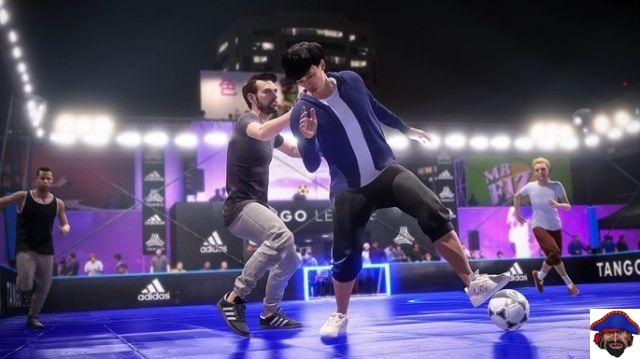 FIFA 20 appears here because it is simply impossible to leave it out. Another game where you can play with and against friends locally, with the advantage of being able to play on the same team against other players. Each one controls a player, and when you manage to articulate the passes and plays well, it gets even cooler. 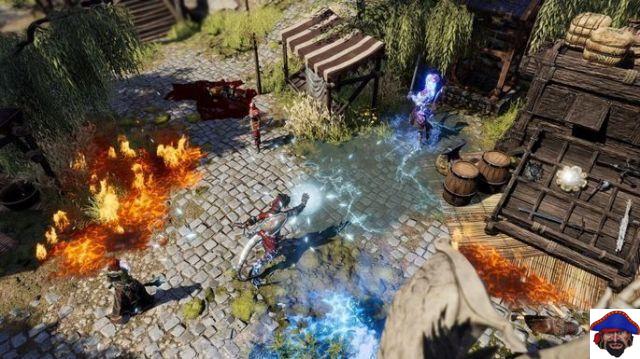 Some say that Original Sin II is one of the best RPGs ever made. You can play in a party with up to 3 players, and the character creation and customization system is huge. Overall, the style of the game is reminiscent of Diablo, but the complexity of the mechanics and narrative make this RPG another level of challenge. 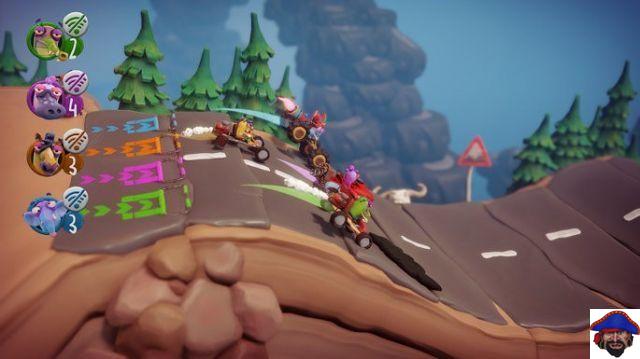 Frantics features a group of little animals that face each other in various competitions. From racing to fighting, challenge your enemies and assemble teams in this virtual ginvana that this game created on PS4! 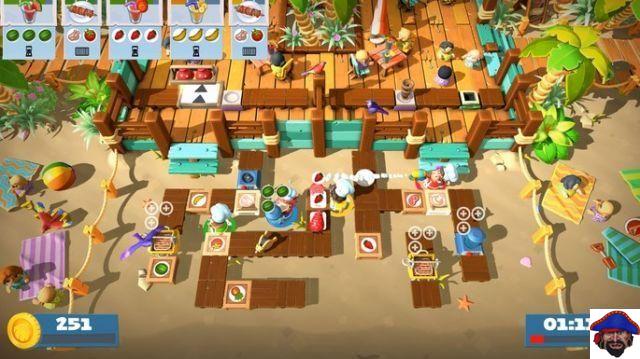 Overcooked is an indie that quickly won over players. Cooking has never been so much fun, especially if it's cooperative with friends. Each one has its role in the kitchen, and the ultimate goal is to deliver all the dishes without letting yourself be shaken by the most bizarre situations, such as cooking in traffic, in the middle of snow and in other adrenaline-filled missions.

11. Keep Talking and Nobody Explodes 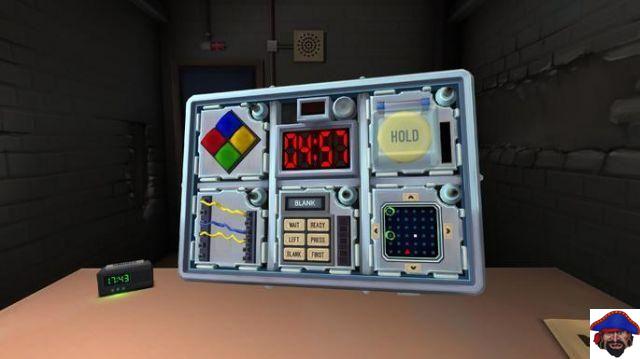 Keep Talking and Nobody Explodes is that game created even for cooperative multiplayer. A group of players have the knowledge to defuse the bomb, but cannot see it. Another is the bomb defuser, who must listen to his friends' tips quickly to complete the mission and save everyone from exploding! 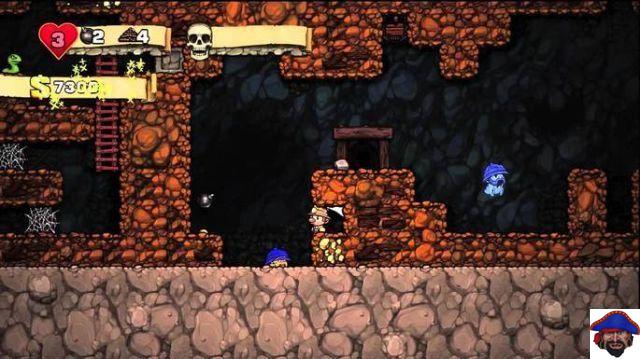 Don't let the graphics of this game fool you! Inspired by old 8-bit games, Spelunky is rich in details, enemies, weapons, supplies and a lot of unfriendly enemies. The game generates a completely original map every time you play, which never lets the game get boring. And you can play with the guys! 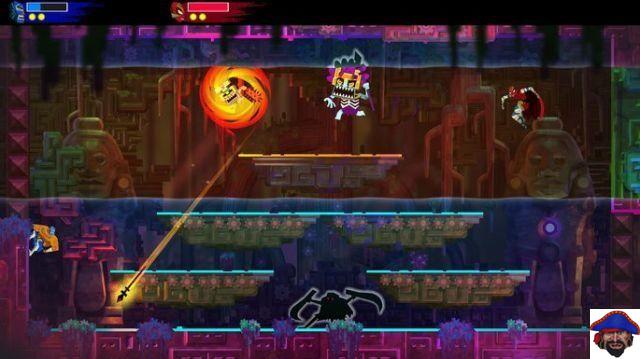 Metroidvania-style platform game, which can be played in partnership with up to 3 other players. There are many enemies, skills and huge maps, with obstacles and very colorful stages. It is a challenging game, very arcade, that will win over players who are interested in games of this style. 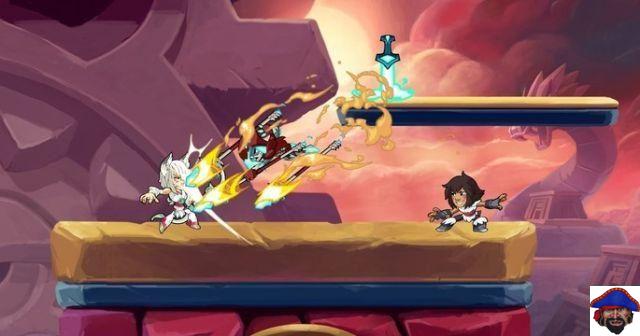 Brawlhalla is a fighting game that can be online or not, but the important thing is that in any of the modes you can play with friends in a cooperative way. Although, as we know, only one can win in the end. So start the fight and finish the enemies before they finish you. 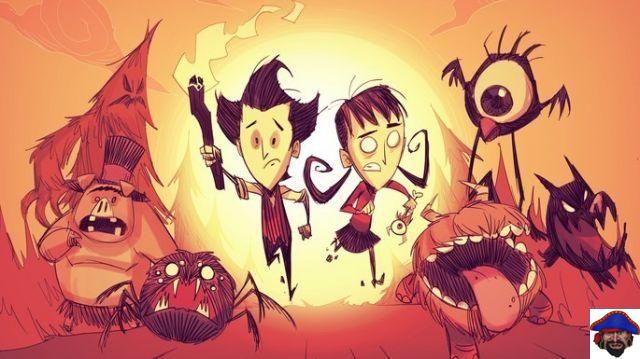 Don't Starve Together is yet another indie game made for players to cooperate in order to survive. In it you and your friends must find food and try not to die of hunger, cold and disease. An important point of the game is to maintain the sanity of the characters, which is very difficult. But maybe in a group is not easier? 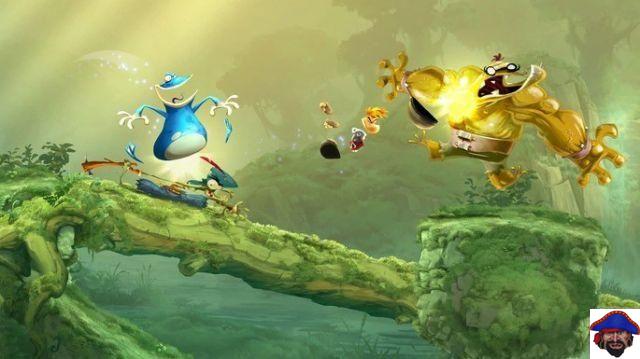 Rayman Legends follows its predecessor, Origins, in which multiple players go through different platforming stages, punching and smashing walls and enemies. It's an intense and frantic game, with super captivating characters, and the amount of stages is surprising: 120! 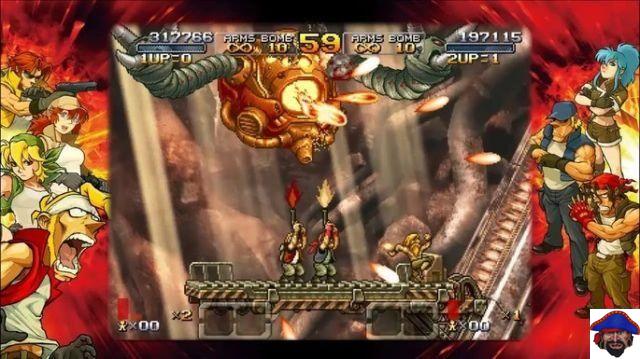 Metal Slug XX was originally released on PSP, but on PS4 it's even better! There are 7 stages that you can explore with a friend, but they have several different routes to the end, making the gameplay quite varied. Metal Slug is known for being full of action and fun characters with a good sense of humor. 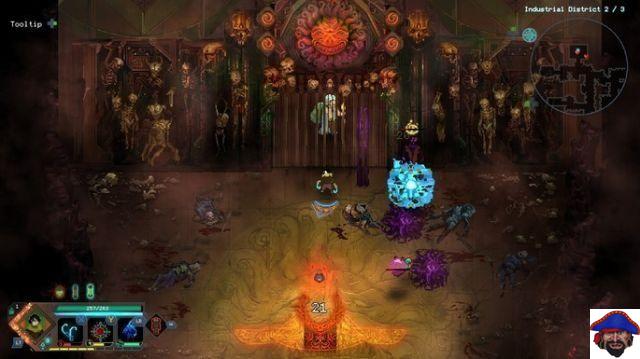 Children of Morta is a rogue-style action RPG where you and a friend control members of the Bergson family as they enter dungeons and caves to eliminate hundreds of enemies. As the scenarios are procedurally generated, no two locations are the same. And every time you play you'll never be in the same place! 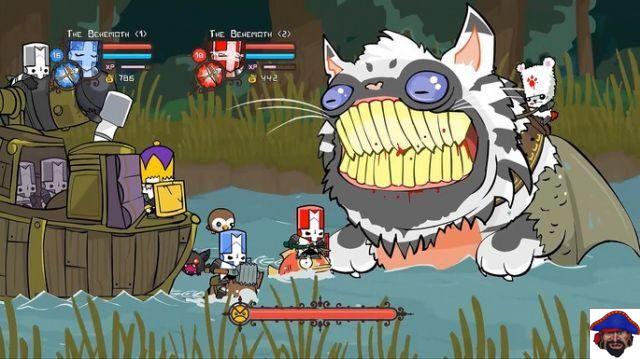 Castle Crashers is a hack and slash where four knights must rescue a princess. As it is side-scrolling, this beat 'n up takes players through the level, forcing them to face with precision and a lot of action all the enemies that appear in their path. And the best thing is that each player can evolve and acquire weapons and abilities alone, regardless of the party.

20. Lara Croft and the Temple of Osiris 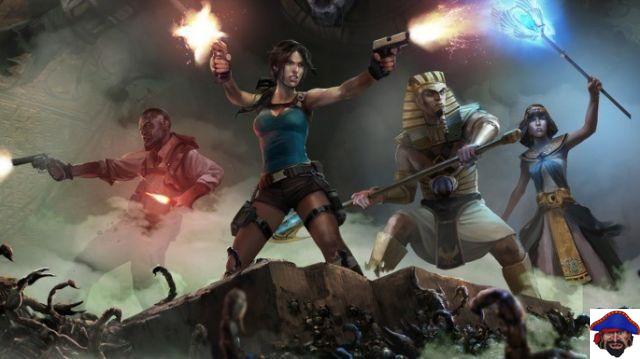 In Lara Croft and the Temple of Osiris you control Lara and her friend controls Carter Bell, another explorer. On an expedition to Egypt you wake up the Egyptian gods, and gain the help of Osiris and Isis in an attempt to stop the god Seth and his soldiers, who want to destroy the world. 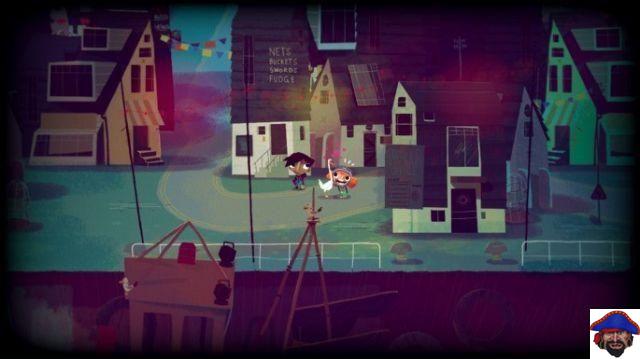 Knights and Bikes is a co-op action adventure, loosely inspired by the Goonies and Secret of Mana. This game features two children exploring an island in search of treasure. Collect items to upgrade bikes and continue your exploration! Use unlikely weapons, such as speakers, and eliminate all obstacles that come your way! 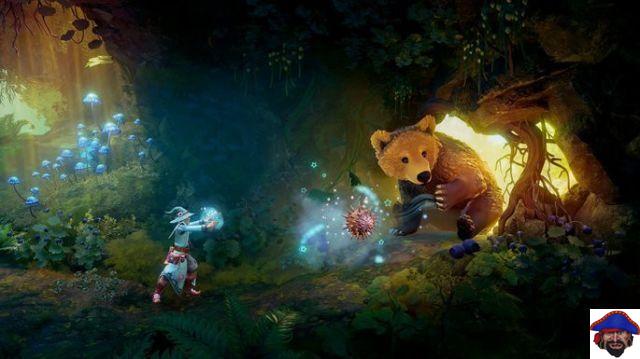 Three heroes set out on an adventure to rescue a lost prince. The game is in 2.5D, and visually it is beautiful and full of breathtaking landscapes. The gameplay is full of puzzles, has a huge skill tree and full of options, with combats that far surpass the previous games. 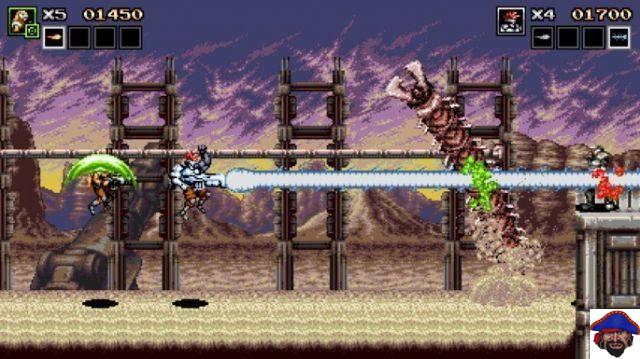 In Blazing Chrome, machines took over the world. Whoever remains of humanity is very close to being extinct. It remains for you and a friend to go all the way to eliminate all metal enemies. The cool thing is that the game is reminiscent of Contra, the legendary classic of arcade games! 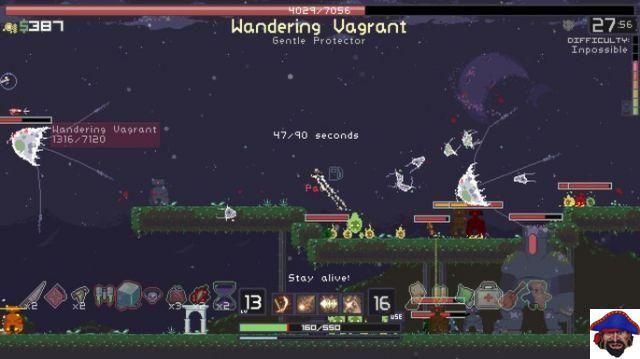 Risk of Rain is a roguelike that also resembles Contra, but with a very interesting feature: permanent death. If you die on the last boss, buddy, it's over. You will have to play from scratch. The good thing is that you have the help of a friend if you want, which makes the whole adventure less complicated. 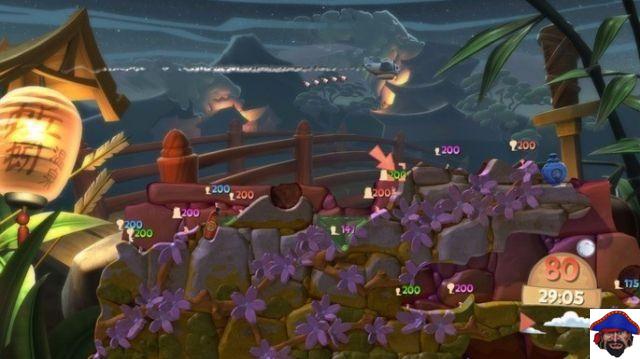 PC classic, Worms arrived on PS4 as Battlegrounds. In addition to the graphical improvements, of course, the game brings new elements to the gameplay. Machines can now be used in story mode scenarios to defend themselves or to attack opponents. And of course you have the team component, where you can create a clan and make it rise to glory.

Audio Video The 25 Best Local Co-op Games on PS4!
The 25 best detective games for those who love investigation ❯

add a comment of The 25 Best Local Co-op Games on PS4!