The 25 best detective games for those who love investigation 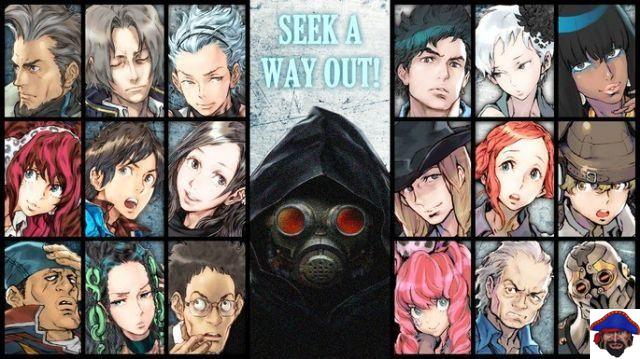 In Zero Escape you have 9 people who are kidnapped by a lunatic. Stuck in one place, they must participate in life and death games, which may or may not save them from this situation. The game has one of the best narratives of the genre, with super challenging puzzles that will make players rack their brains. 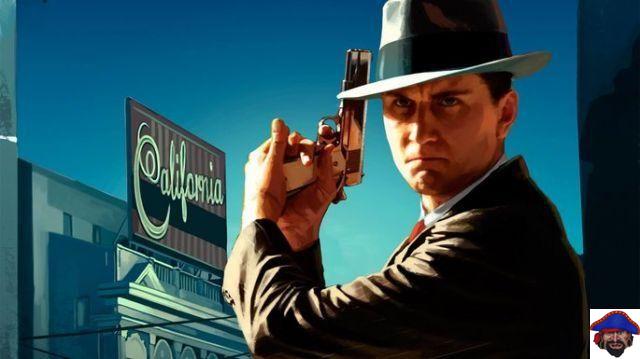 You follow Cole Phelps on an adventure through 1947 Los Angeles. This NYPD cop solves crimes from 5 different divisions, and it's your mission to do it as best you can to reveal all the information about the cases he investigates. Inspired by the 1940's and 1950's Noir films, this game also stands out for its beautiful visuals. 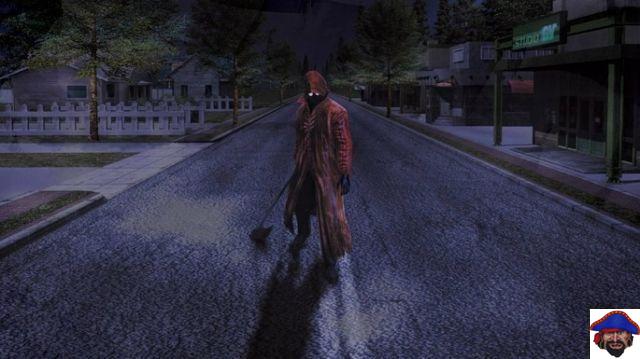 The objective of the game is to identify the Raincoat Killer. For this you take control of an FBI agent. The coolest thing is that this agent must survive not only the murderer but also sleep, fatigue, hunger and thirst. It's your mission not to neglect your police officer's health while trying to save the city from a serial killer.

4. The Vanishing of Ethan Carter 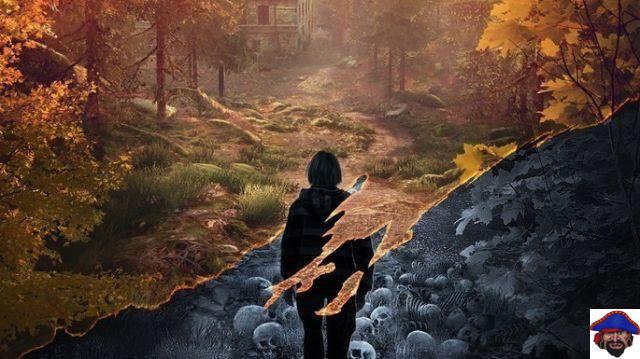 The Vanishing of Ethan Carter takes place in an open world, where the player must unravel what happened to the Carter family. There are plenty of puzzles, stealth moments, and various side quests that help reveal the game's grand ending. And in some of these quests if you fail the game just ends and you die.

5. Tex Murphy: Under a Killing Moon 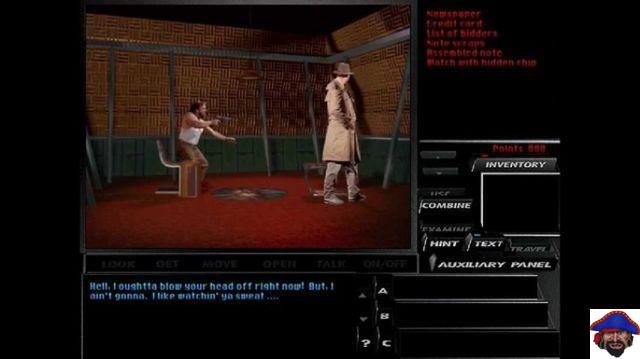 Detective Tex Murphy finds himself embroiled in the macabre affairs of a dangerous cult. Even old, the game even has an open world feel, inviting the detective to look for clues about this cult. In addition to the investigation mechanics, the visuals with dialog choices and pixelated graphics give the game a super charm. 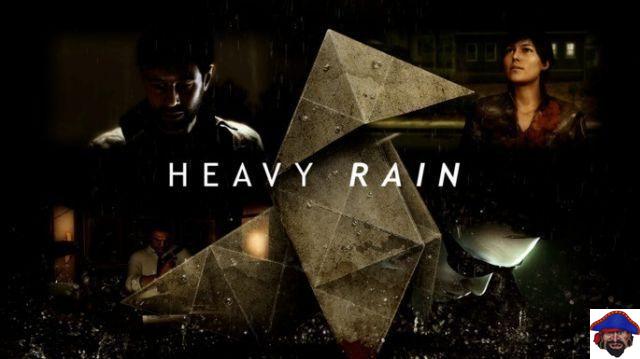 Heavy Rain is an interactive drama of the highest quality. It has a film Noir style, where you investigate the Origami Killer, who drowns his victims on rainy days. Your decisions, achievements and failures can even lead to the death of the main characters, so it's important to be very calm and sharp when playing! 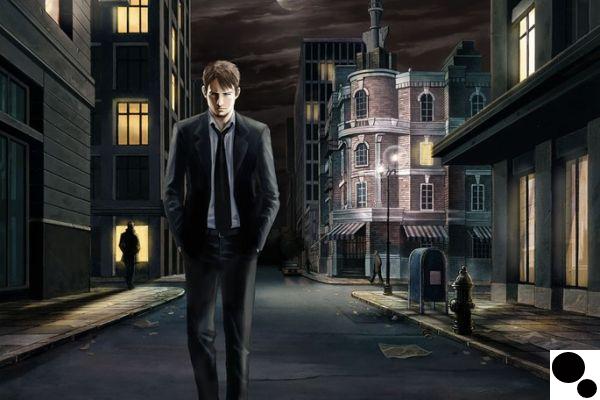 Point and Click adventure game, in which you control a former detective. He is in search of a former police partner and checks into a mysterious hotel in Room 215. This room is said to grant wishes. In a magical adventure you will discover the detective's past and future in cutscenes and very well constructed actions. 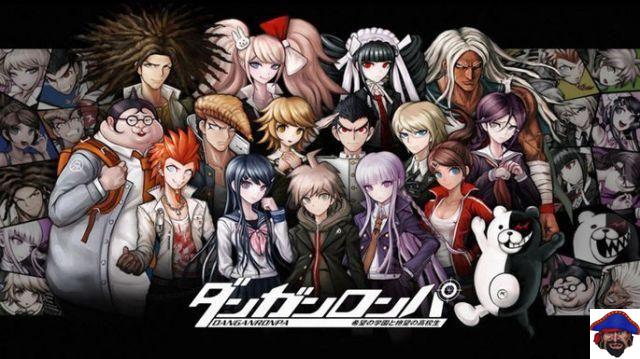 The Danganronpa series of games is quite bizarre, but it is successful in Japan. It's worth it for the premise: 14 young people are trapped in a school, and the only way to escape is to commit a murder without being discovered. The cool thing is that you have to find out which of the other characters committed a murder by solving puzzles and minigames!

9. The Wolf Among Us 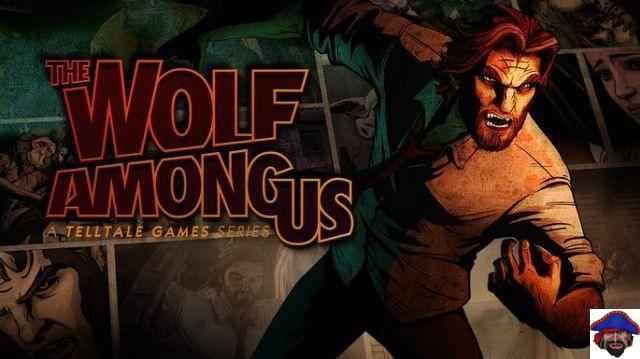 The Wolf Among Us is another Telltale game that was successful. It is based on Vertigo comic books, consisting of 5 episodes. This graphic adventure has the player controlling a detective who is investigating the death of a woman. The detail? The detective is a werewolf!

This graphic adventure game series is very interesting as you take control of a defense attorney in the Japanese court system. Your goal is to find out how to make your client innocent at trial. For that, it must collect and analyze clues to reach a verdict.

Her Story is a very good psychological thriller. A woman is suspected of her husband's murder. But is she really the killer? As a police officer, you listen and watch all of her statements, trying to come to a conclusion about the verdict. 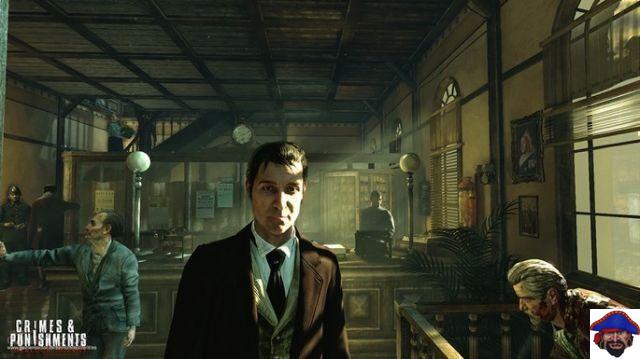 This list could not exist without a Sherlock Holmes game. Sherlock Holmes: Crimes & Punishments is based on the stories of writer Conan Doyle and takes place in the suburbs of London between 1894 and 1895. Your mission is to solve six different murder cases. 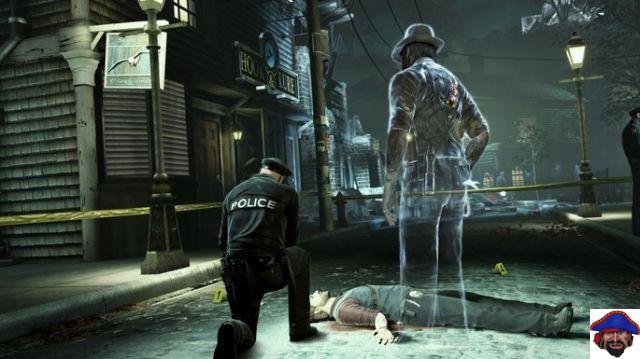 The most amazing thing about Murdered: Soul Suspect is that you are a detective ghost. You roam the streets of Salem in search of clues and collectibles about its past. Ronan the ghost has demons as enemies, which can only be eliminated by stealth. A show for those who like horror narratives. 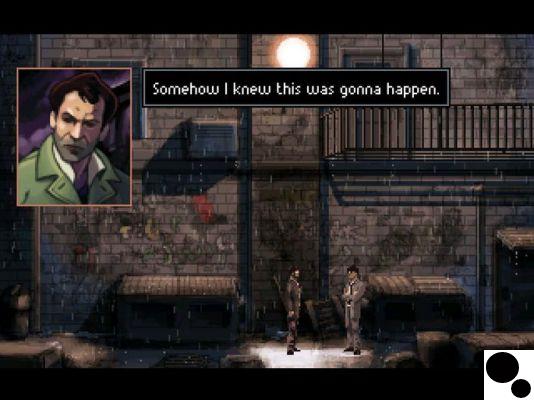 A graphic adventure in cyberpunk style, with elements of Point and Click, in which you interact with the scenery and with other characters to progress in the game. You must solve puzzles and quests to solve the stories of two different characters. 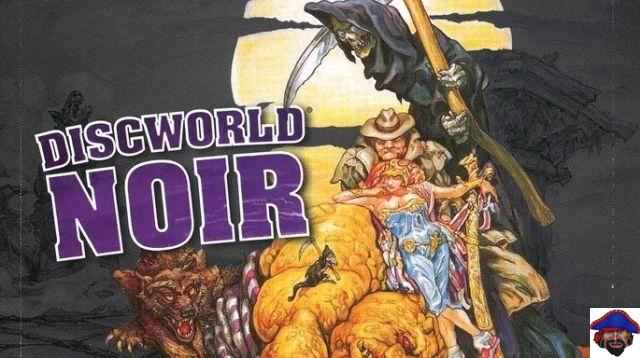 Another game in the Noir style, but that makes a parody of that style. Much of the game is the protagonist detective interviewing and interrogating suspects. What's even weirder is that the player can transform into a werewolf out of nowhere and roam the city at night. 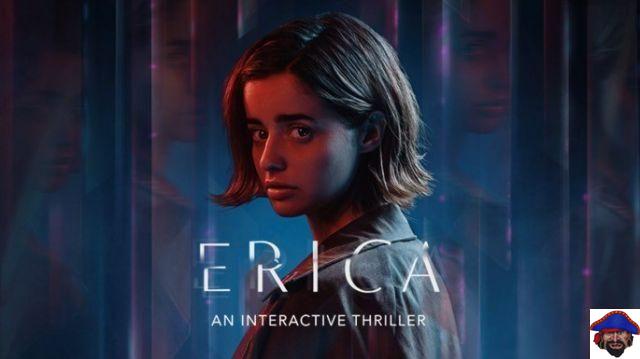 Erica is an interactive movie, in which you use an app on your cell phone to control the actions of Erica, the main character. The girl's father was killed when she was a child, and now after she grows up it all comes back up when they try to kill her.

In Observer you are a detective capable of reading people's minds. It's a pretty intense game with mechanics similar to Heavy Rain. So your choices have a big impact on the narrative and, of course, on the outcome of the game.

18. Return of the Obra Dinn 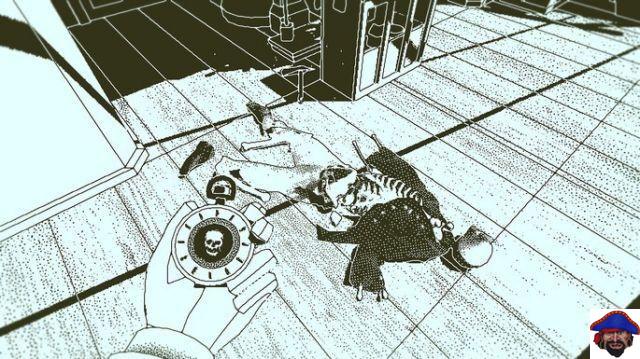 Return of the Obra Dinn takes place on a ghost ship. All of the crew have mysteriously disappeared, out of nowhere, and now it's up to you to find out how and what happened to them. The cool thing is that there are 60 missing people, and you have to find out and record what happened to each one, which makes for a very long gameplay full of deductions. 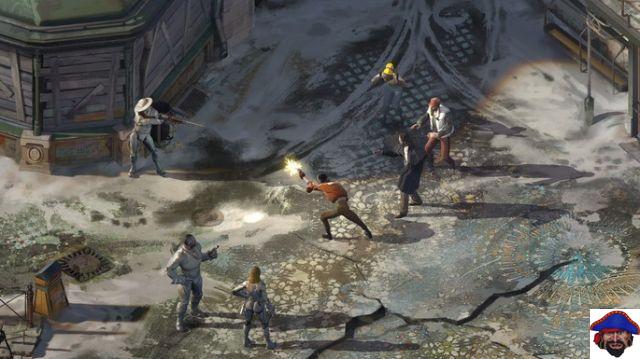 An RPG quite different from what you are used to. Take control of a detective and build your personality, customize your character in the most diverse levels while having infinite choices to make. You can literally do whatever you want in the game city!

Perhaps the most bizarre game on the list. It's a parody of the early years of the internet, set in an alternate world where you're a cyber cop. It must discover illegal content, viruses, cyberbullying and other crimes that could be destabilizing the network.

21. Broken Sword: The Shadow of the Templars 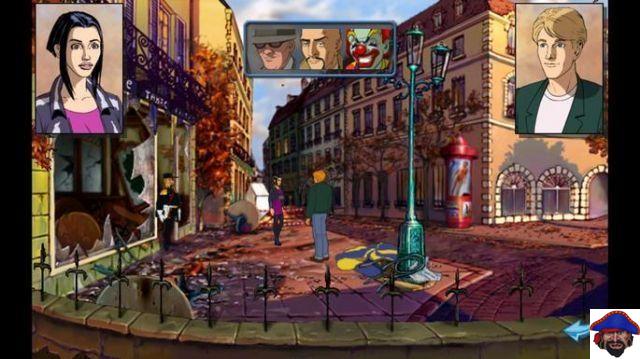 You take control of an American tourist in Europe, who must investigate a political conspiracy in Europe and the Middle East. The game is a very colorful Point and Click, in which you solve puzzles and make decisions through dialogue choices. 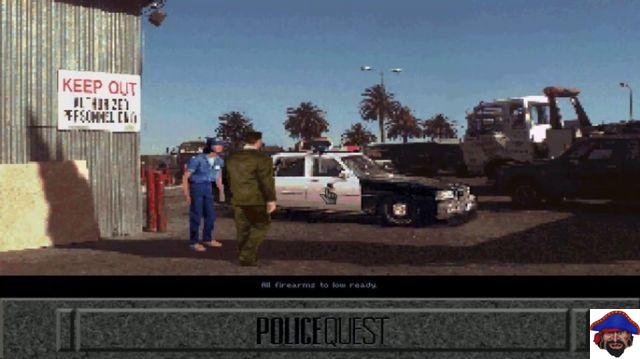 Game set in Los Angeles, in which you control a homicide detective, John Carey. John must be controlled by the mouse to walk, talk, and take any action or decision that moves the narrative forward. 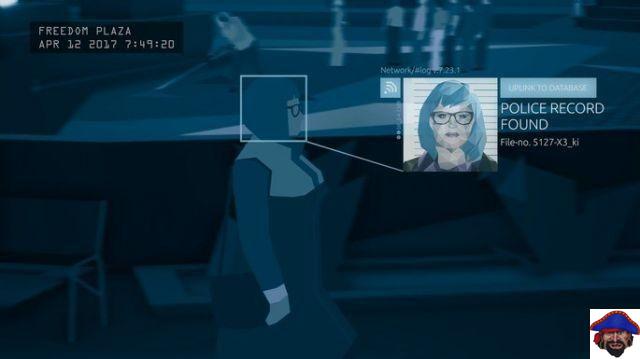 Orwell brings you a dystopian society, in which you control an official who uses the Orwell system to spy on citizens and take away their freedoms at will. Based on George Orwell's 1984, it is a very pertinent and heavy criticism of censorship and dictatorships that cut citizens' liberties. 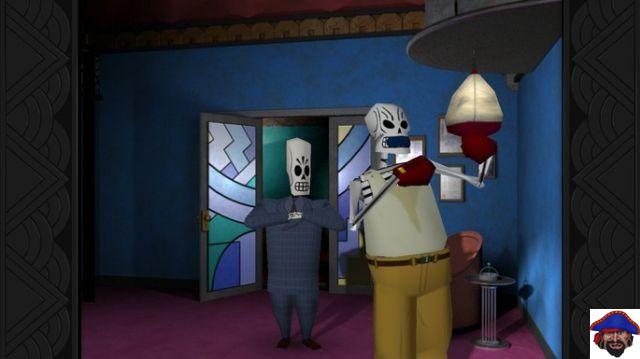 Grim Fandango is inspired by Aztec culture, taking place on the Day of the Dead. Your mission is precisely to face the world of the dead and solve problems of corruption that are occurring in the lower dimension. In addition, the protagonist must save his beloved from the clutches of enemies from the underworld. 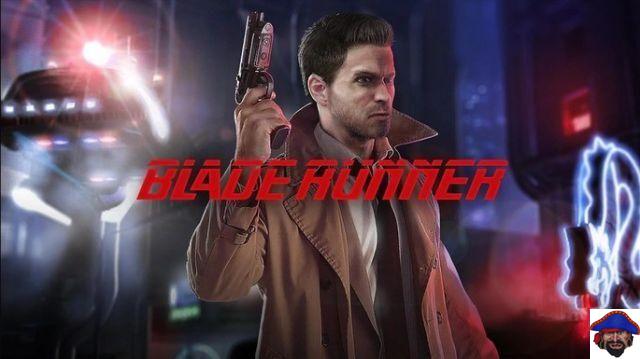 Finally, a Point and Click and movie classic. Blade Runner tells the story of Ray McCoy, an important detective who must destroy a group of replicants, androids that were created to act like humans. It's a sidequel of the classic movie, where you practically follow a parallel story of what was seen in the cinema.