With the demise of Adobe Flash, many browser games were discontinued or had to change platforms. Still, that doesn't mean there aren't plenty of fun options left. Check out the 22 best free browser games of the moment below!

Agar is one of the best browser games precisely because it is simple. The objective is for you to control a cell and eat the cells of other players. So you grow, double, triple in size. The game only ends when a cell bigger than yours devours you mercilessly. 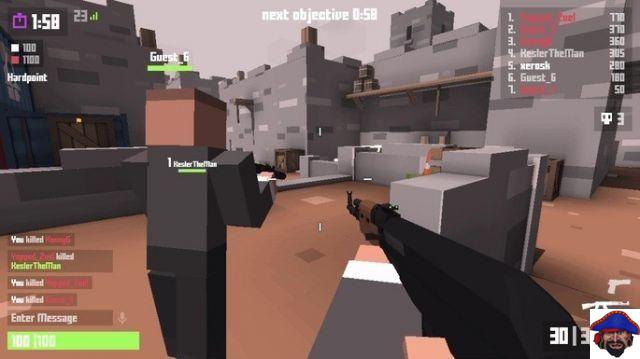 Krunker.io is probably one of the best browser FPS you will ever play. The game takes direct inspiration from Call of Duty and, despite the very simple graphics, it has several interesting mechanics, a lot of content, several game modes, skins, classes, weapons with varied characteristics, mods and much more. 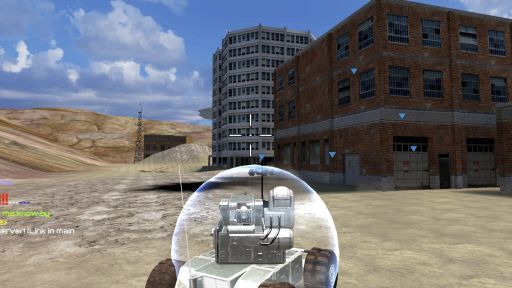 Assault Bot is a shooting game in which we control small, highly customizable war vehicles. It is possible to add several weapons to each part of the robot and the combats take place in open fields full of action and with graphics well above average for a browser game. The game has the feeling of being a car and shooting game at the same time, as it is necessary to move at high speed and perform giant jumps to become a difficult target. Overall, Assault Bots has a lot of content to unlock and it also has skins. 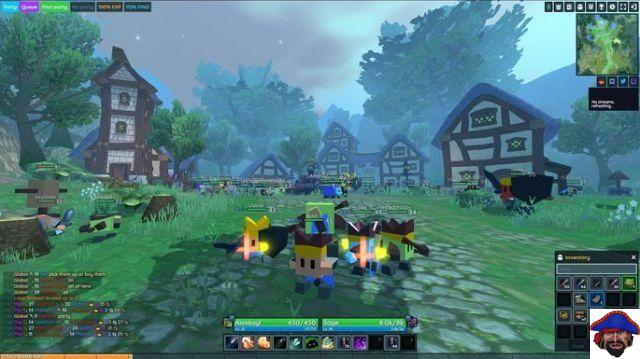 Hordes.io is an MMORPG heavily inspired by World of Wacraft. With very simple and charismatic 3D graphics, the game delivers everything expected of the genre, with hundreds of items, skills, PVP, clan system and much more. 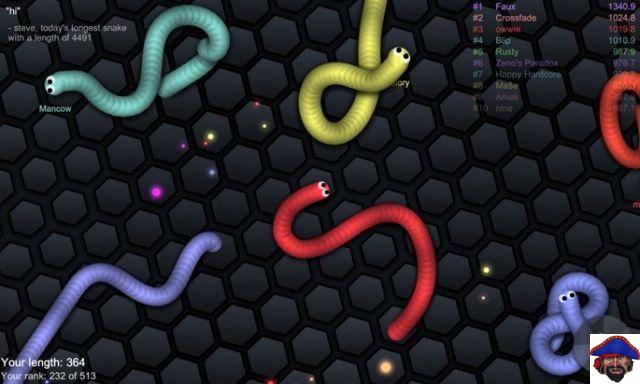 Remember the old snake game for cell phones? Slither.io is an updated version of this game, now in 3D and with more difficulty. In addition to making your snake increase in size, you must be careful not to hit yourself and other snakes controlled by other players. Simple game, but very nice to pass the time. 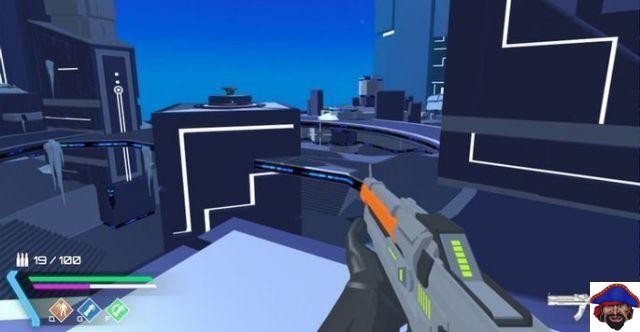 Ev.io is an FPS with a single deathmatch mode in which 8 players compete against each other, death after death. In addition to having several weapons, grenades, mines, and special abilities (teleports, jumps, dashes, etc.), the game has a very fluid and fun gameplay, and even skins for those who like it. It's going in and changing shots until you can't take it anymore. 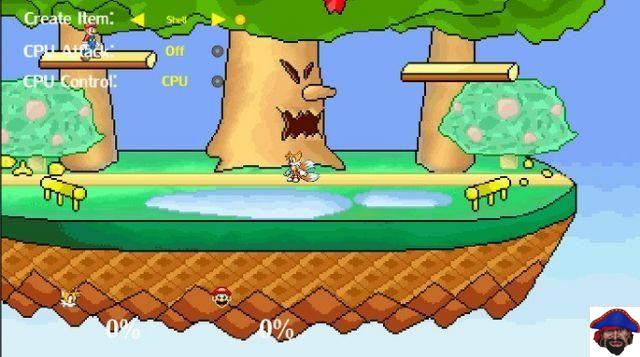 Unfortunately Super Smash Flash 2 is no longer an option after the end of Flash, but the first title already has a "revival". Despite being nowhere near as good as SSF2, Smash Flash is a fun option for anyone who is a fan of the famous fighting game that mixes different characters from Nintendo and other franchises in a single setting.

Game of Bombs is evidently a Bomberman-inspired game. The difference lies in the fact that the arenas are MUCH bigger, which allows for a lot more players at the same time trying to blow themselves up. Imagine this in an online version to see how insane this game is! 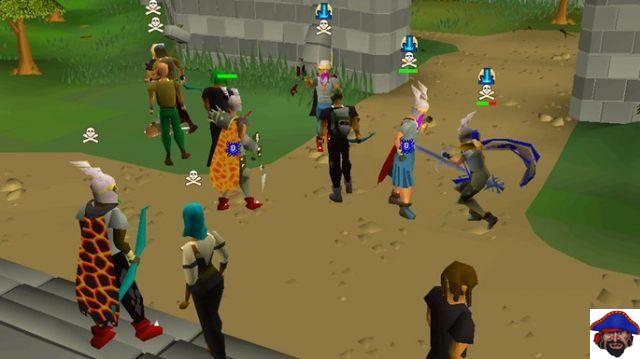 Classic of browser games, this MMORPG continues to be played a lot. The objective is to create a character to interact online with other players, all in an almost infinite medieval world. You could spend years playing this wonder, with so many quests and monsters that there are to beat. Everything we look for in a game of this genre... 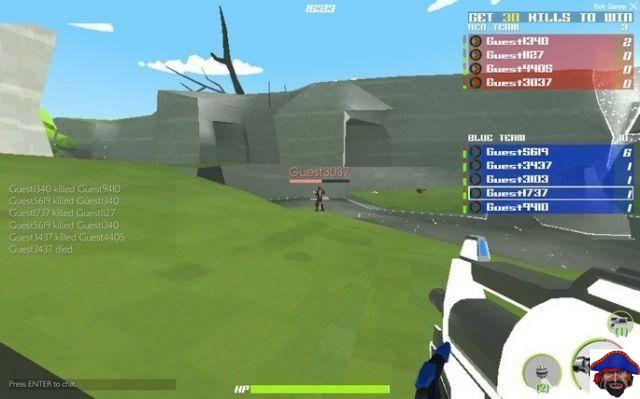 Repuls.io is yet another .io platform FPS that has multiple game modes, be it capture the flag, deathmatch, free for all, teams, etc. The game has several different modes, different weapons, grenades with different effects, vehicles to pilot, robots and much more. The game also receives periodic content updates.

11. Game of Thrones: Winter is Coming 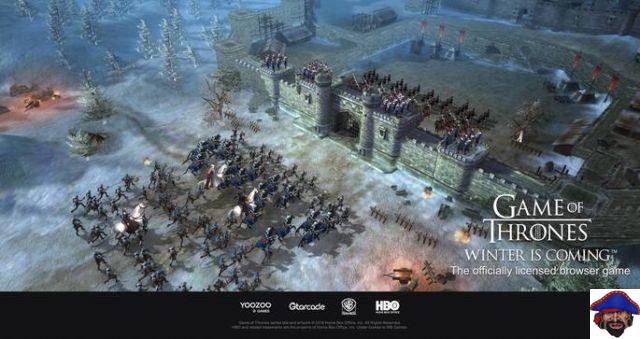 Another attempt to bring the GoT universe to electronic games. As it is a completely free and browser-based version, we can say that Winter is Coming is very close to being a success. You start out as a noble whose ambition is to dominate every territory in Westeros. Lots of strategy and patience await you in this game! 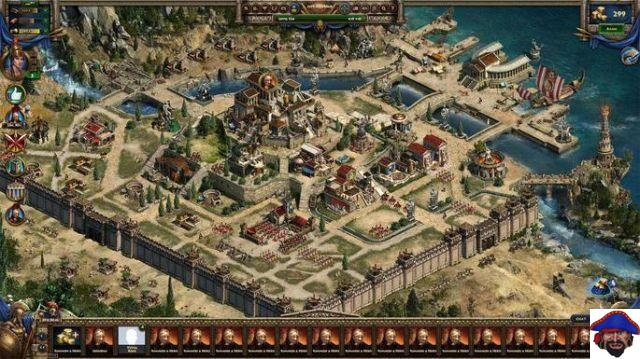 One of the coolest strategy games ever created! Sparta: War of Empires puts you on the side of Leonidas and his Spartans in the war against Xerxes, the Persian demigod. Build your empire, develop your armies and team up with other players online to defeat your enemies. 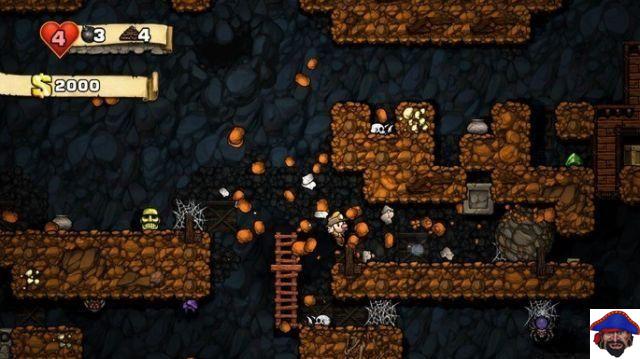 Spelunky is a mix of Super Mario and Indiana Jones. The objective is to investigate mysterious caves in search of survivors. You must save them without getting lost in the trap-filled labyrinth that is this subterranean world.

The game was so successful in browsers that it won a PC version and a PS4 version! 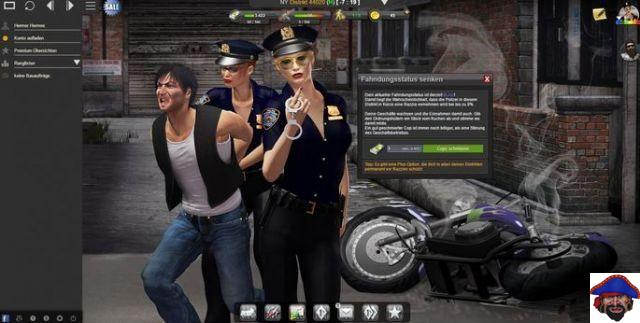 Bastards of Hell is not Grand Theft Auto, but it is very similar. By the way, it's not "nice" at all, as you take charge of a small drug dealer. Your mission is to eliminate rivals and grow the business. The more you expand, the more cities appear as options for you to play. Basically play CJ in your browser. 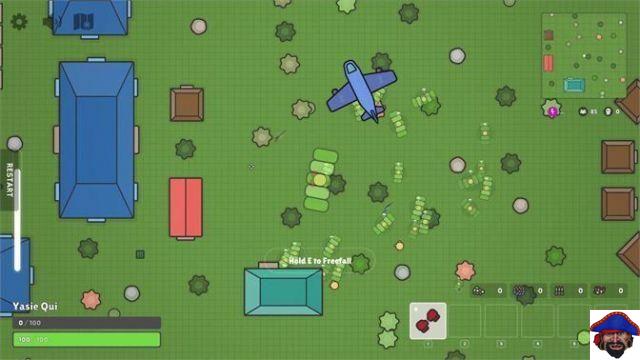 Zombs Royale is a 2D battle royale on the .io platform. Even with the very simple graphics, the game has everything a fan of the genre can expect, from the parachute jumps to a giant arsenal of weapons that you can collect, as well as items to help you survive the combats. 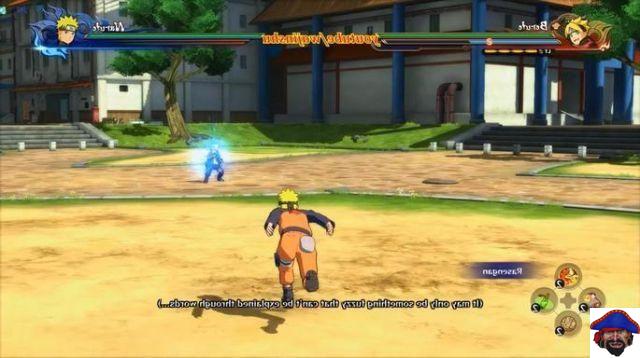 Naruto is one of the most famous anime in recent years! The browser game is very faithful to the design. You can participate in the most famous battles, but with your own ninja, created from scratch. There is an infinite progression system, and you can collect iconic heroes and villains. It's downloading the beating and doing your jutsus! 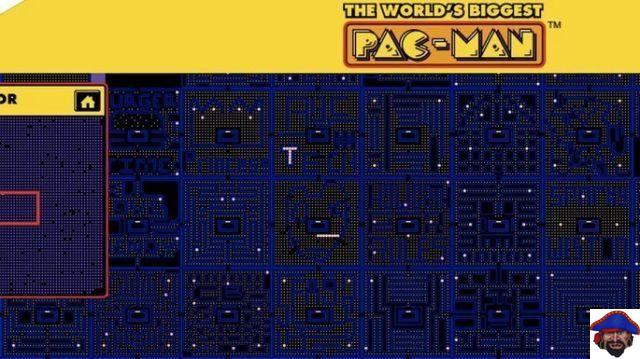 Pac-Man never fails to be a good game. And this modified version is just insane! The maze is much bigger, having two new interconnected exits, one below and one above. On top of that, players can create their mazes however they want. Including sharing with the game community! 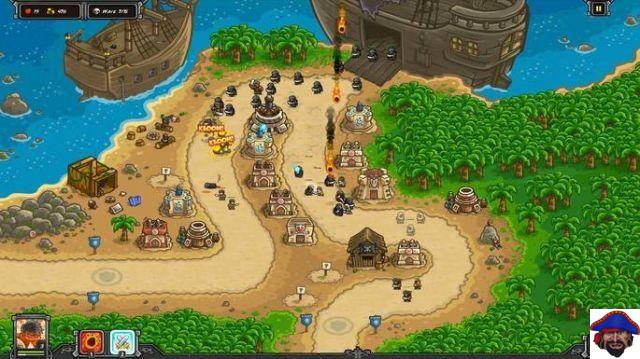 A great strategy game for those looking for a simple and free title. It's tower defense style, obviously with a lot of elements from the Middle Ages. Your great mission is to create different types of towers in the most diverse locations of your kingdom to prevent it from being invaded. Easy and a lot of fun! 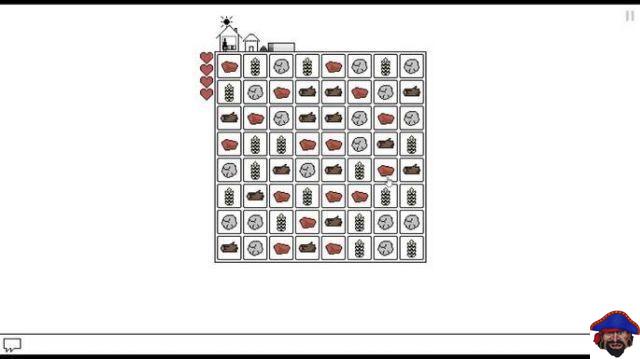 Gridland will seem complex at first. But once you understand the game it gets pretty interesting! The game looks like Candy Crush. but the blocks you turn have a function: they are food, protection and attack blocks. But how so?

The game takes place in days. At first you should have more blocks of food, then you should prepare your defense for when you are attacked. And when attacked, it must have blocks that can attack enemies. It is, in essence, a great strategy game and one that requires very quick thinking. 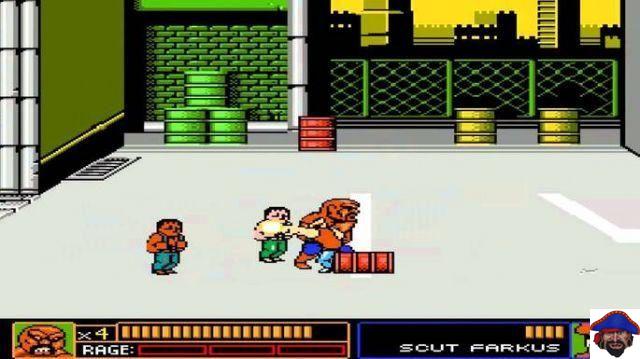 If you played Double Dragon back in the 80s (it's been a while, we know) you'll remember Abobo. He was the main villain of the game, and now he gets a hero role. The mission is to beat down enemies throughout the scenarios to find and save this character's son. In that arcade style!

21. Hitchhiker's Guide to the Galaxy 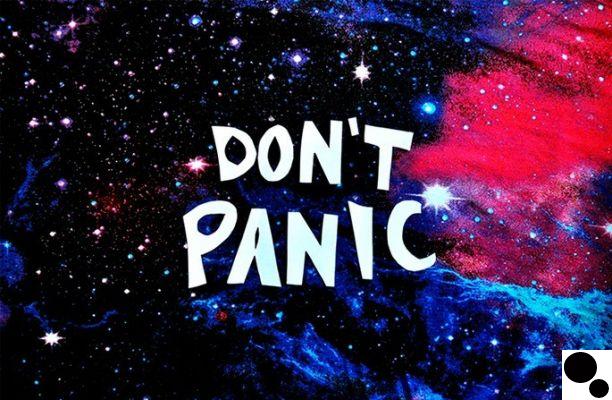 Hitchhiker's Guide to the Galaxy deserves a spot on our list because it's a classic. It was created by the author of the books herself, with a completely original story! It's all in that text-game style, which is fun and at the same time makes players have contact with reading.

The only negative point is the fact that it is all in English. Which can be a good opportunity for you to train the foreign language. 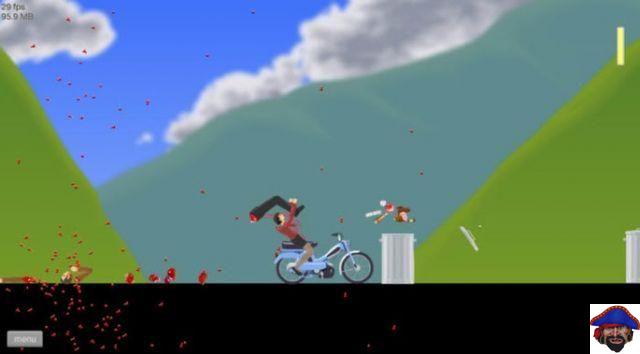 Happy Wheels is a game...that's what you can see in the image above. Here we control characters in unusual vehicles (including wheelchairs and electric unicycles) in scenarios with different objectives and obstacles. Overall, the biggest fun of the game is interacting with the interesting physics of obstacles and vehicles and also seeing the body pieces flying away as you collide.