Since the introduction of Shadow Pokemon in Pokemon GO, there has been a big change in the list of the strongest Pokemon in the game. That's why we've decided to put together a list of the 21 best pokémons below when it comes to just one: damage. Therefore, this is a general list, in order, of the pokemons with the highest attack power in all contexts of the game, not taking into account Type, rarity, etc.

Attention: For those who don't know, in Pokémon GO, the damage of a pokémon is the result of several factors: CP (Combat Points), IV (Individual Values), Set of Hits, Time of the move's animation, weather bonus, Shadow bonus , bonuses of the same Type, etc. 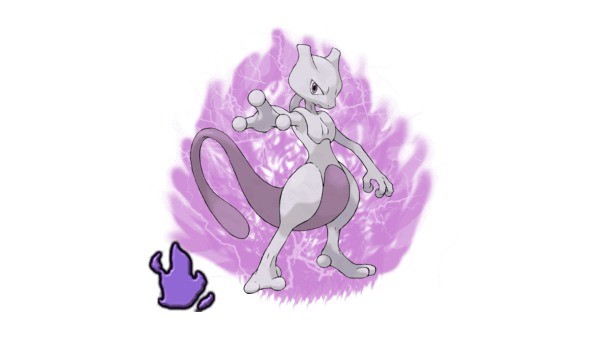 The strongest pokemon in the game couldn't be another. Mewtwo has always been one of the most damaging pokemons in the game and, since the release of its Shadow version, the villain has been in the top spot of attackers in the game. So far, it's only possible to have one Shadow Mewtwo, so if you're lucky enough to get one with good IV, invest everything you have in it! 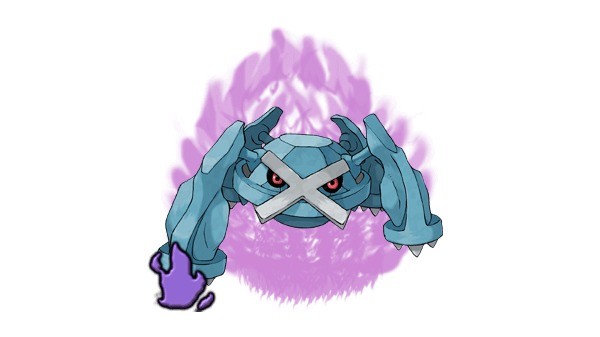 If we combine strength and accessibility, Shadow Metagross is at the top of the list. His first Beldum form has appeared several times as a reward for defeating Team GO Rocket, so many chances to have gotten one with good stats. In addition to being very strong for PVP, the pokémon is also very useful in raids, but its maximum potential depends on you spending an Elite TM to unlock the Meteor Crushing move. 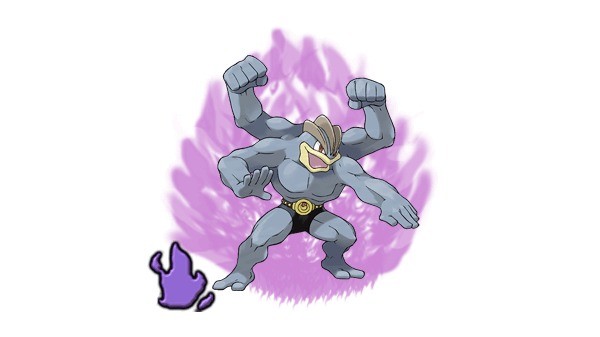 Machamp is considered by many to be the best Pokemon in the game. Whenever some update makes it look like it's going to drop in quality, it's still more relevant than ever. In addition to being one of the easiest Sombrosos to catch, the fighter is extremely strong and versatile in all PVP leagues, including the Kanto Cup. Since its last Community Day, the pokémon still received the new "Revide" move, which is Dark-type and perfect for dealing with its main Ghost counters. 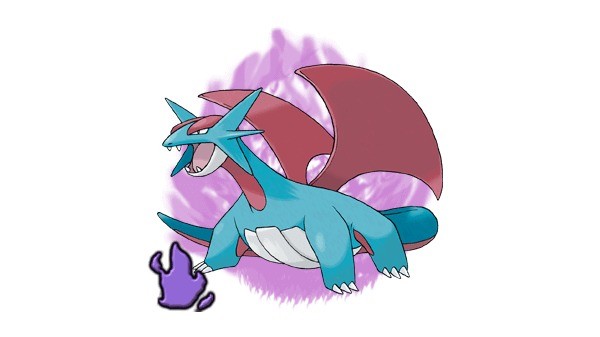 Although it doesn't have any relevance in PVP, Shadow Salamence is a true damage machine in raids, being indicated even against bosses that don't take super effective Dragon damage. 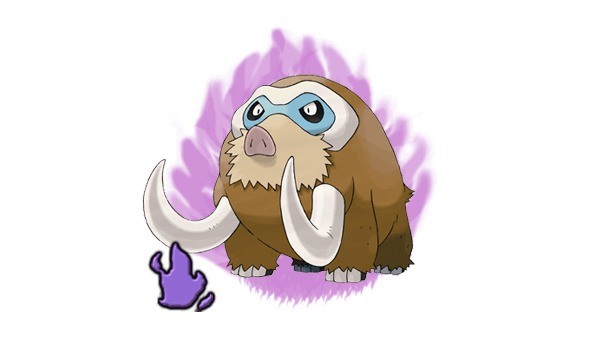 Mamoswine has always been the best Ice Pokemon in the game, and its Shadow version only throws it even further away from its competitors. Even though it's very fragile, the pokémon is always the best option against any raid boss that doesn't have Frost resistance. Surprisingly, Mamoswine still manages to be relevant in PVP, especially in the Dragon-dominated Master League. Unfortunately, your best chance is to put it into battle right after your opponent switches to a Dragon. 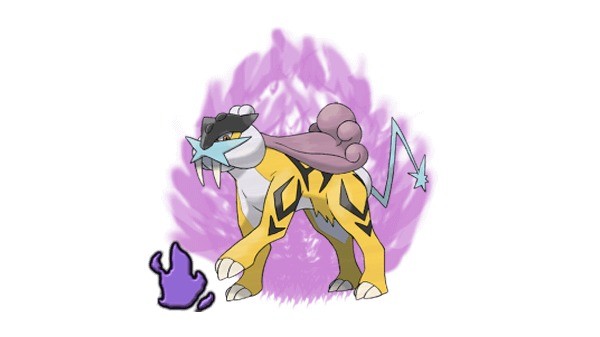 Shadow Legends are always a rarity. Just like Mewtwo, if you're lucky enough to find a Shadow Raikou with good IV, invest everything he deserves to power him up, as he'll always be one of the best options against any raid boss that's weak against Electric. However, even with access to Shadowball, the pokémon has no relevance in PVP. 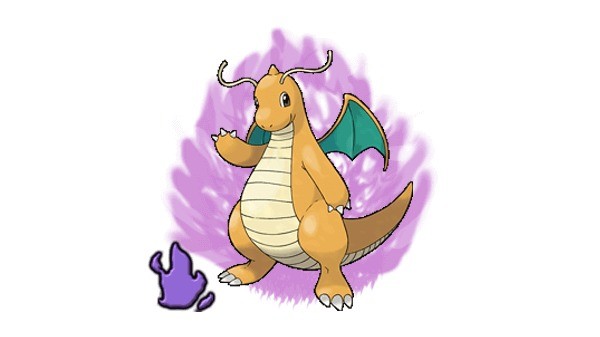 Another one of the super popular ones. Dragonite has always been one of the strongest Pokemon since the launch of Pokemon GO, and its Shadow version only makes it even more brutal. With a strong and versatile moveset, the pokémon is one of the safest options for the PVP Master League. 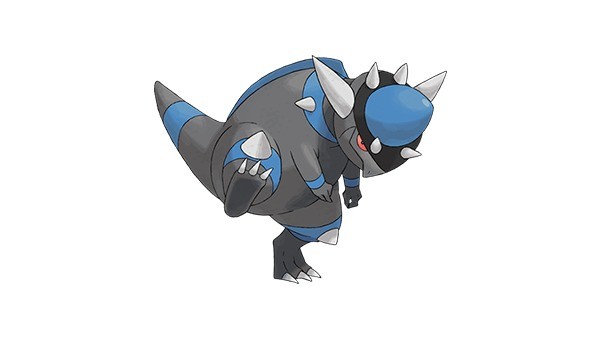 Undoubtedly a surprise for many. Among the "non-shadow", Rampardos has become the best pokémon in the game, dealing insane damage in a very short time. Of course, that doesn't take into account its extreme fragility that makes it totally unviable for PVP, and it doesn't last long in raids. Even so, while in battle, Rampardos deals massive damage to any opponent weak against Stone. 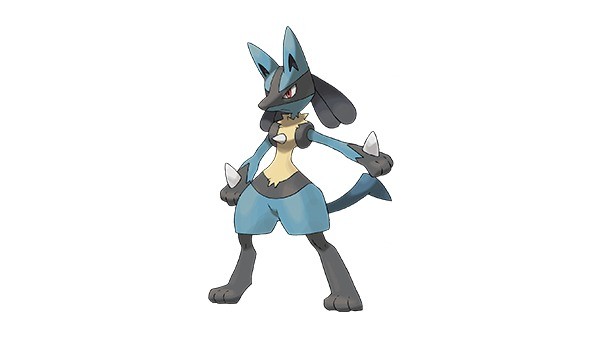 Chasing for the best Fighter podium in the game, Lucario is also among the most damage-dealing Pokemon thanks to its unique Spherical Aura attack, which makes it an even better option than Machamp against Raid Bosses that are weak against Fighter. Even so, Lucario is a weaker option for PVP, and its Steel subtype ends up being a disadvantage for increasing the damage taken by Earth and Fire. 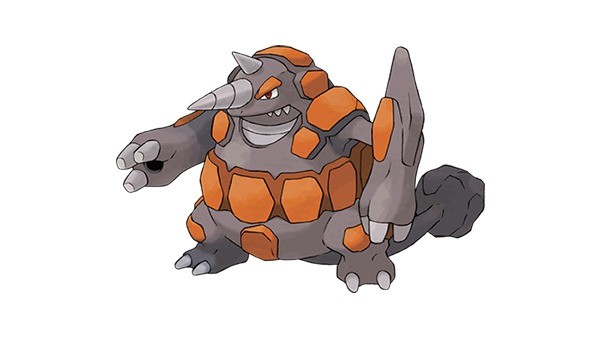 Rhyperior is almost always one of the first Pokemon that players buff above 3000 CP. Extremely accessible and cheap to level, the big guy made this list due to its top notch moveset that allows it to deal far above average damage. Within the Rock-type, Rhyperior is very close to Rampardos, but has much more resistance and versatility with attacks of other types. 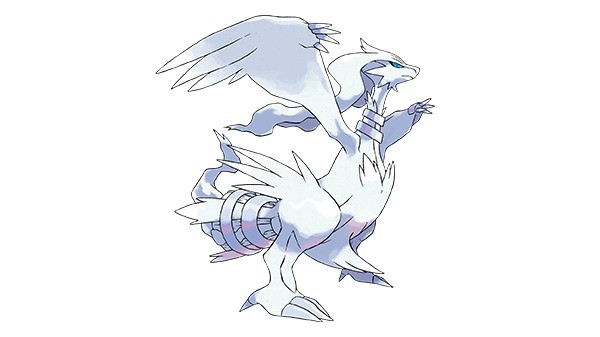 One of the most recent legendaries introduced into the game, Reshiram has access to some of the most violent moves in the game, especially Dragon's Breath and Overheat. Combined with its very high max CP, these moves make it the best choice against any Ice, Steel, Grass, and Insect raid boss. Regarding PVP, Reshiram manages to be relevant in the Master League just because he is a Dragon. 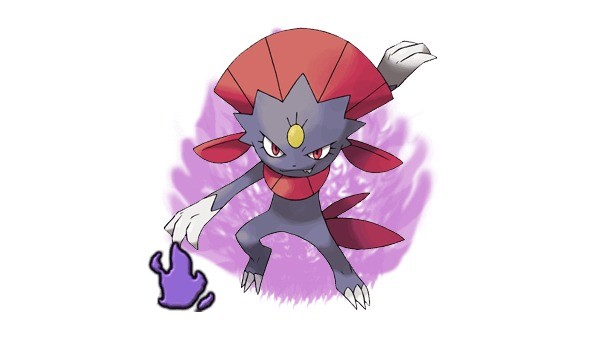 Yet another small damage machine, Weavile has always been one of the best Pokemon in both Ice and Dark. With the 20% bonus for being Shadowy, Weavile is second only to Shadow Mamoswine in terms of damage per second in the Ice category. Unfortunately, its high frailty and double weakness against Fighter make it unfeasible for any PVP league. 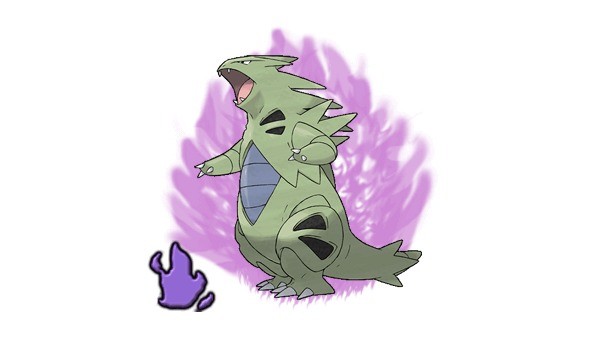 Tyranitar could not be missing from this list. Pokemon has always been one of the strongest in the game since its launch and it never seems to lose relevance. These days, Shadow Tyranitar is one of the most affordable Pokemon on this list and an incredible choice for many raids. However, like Weavile, the pokémon is almost useless in PVP due to the wide range of weaknesses. 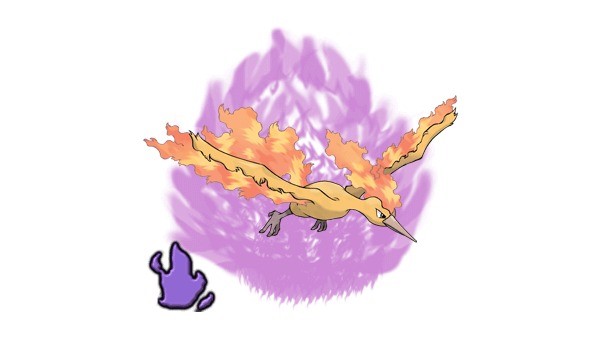 Moltres has always been one of the best Fire options in Pokémon GO, but since the release of its Shadow version, the legendary bird has secured a place among the strongest Pokémon overall. Even though it doesn't have relevance in any PVP league, when it comes to damage, Shadow Moltres doesn't disappoint against any weak raid boss against Fire. 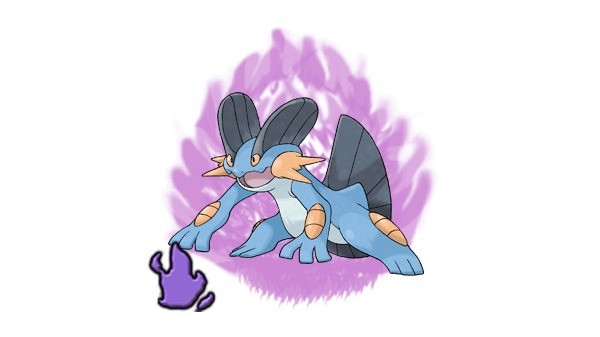 Swampert is, without a doubt, one of the strongest, most versatile and stolen Pokemon in the game. Both its Normal and Shadow versions are extremely affordable (making it easy to get one with good IV), as well as being extremely cheap to buff and teach a second charged attack. Even with a very low maximum CP, the pokémon manages to be relevant even in the Master League against much stronger opponents. This is all due to its impeccable attack set that combines extremely high energy generation (Mud Shot) with disproportionately high damage (Hydro-Cannon). No matter which PVP league you are playing in, there will always be a Swampert to defeat. 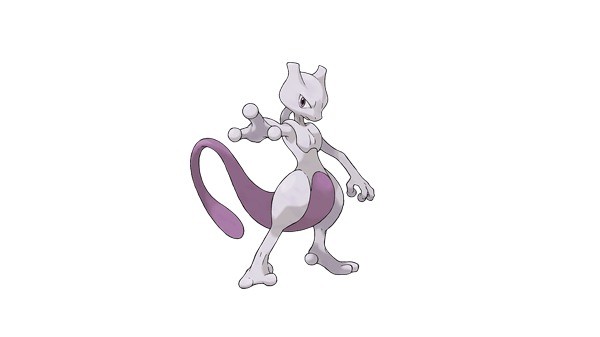 Mewtwo again, this time in the normal version. Even without the 20% damage bonus, the villain manages to stay ahead of dozens of others who already have a Shadow version in the game. Because it always appears in events, it can be said that Mewtwo is an accessible pokémon and that it will always be a great option if all you need is damage (Gyms, Team GO Rocket, etc). 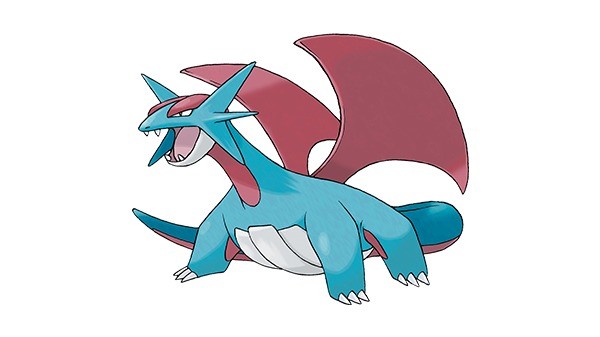 Just like Mewtwo, the normal version of Salamence is so strong that it also warrants a spot on this list. Its only problem is the lack of versatility of its moves, which ends up making the pokémon only relevant against other Dragons. 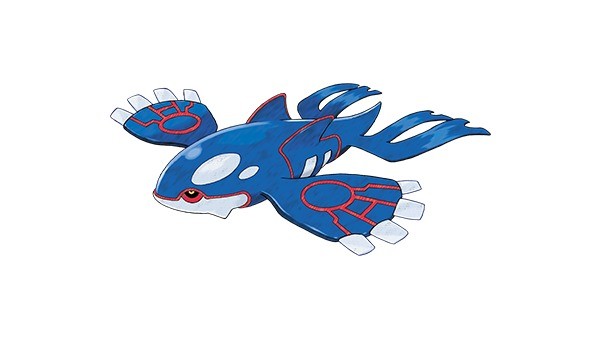 One of the biggest in Pokemon GO. Kyogre is among the highest CP Pokemon in the game, which makes its stats max to levels most others don't reach. Even with an unspectacular set of moves, the whale is considered the best pokémon for the Master League, leaving behind even Groudon, Dialga, Giratinas, etc. 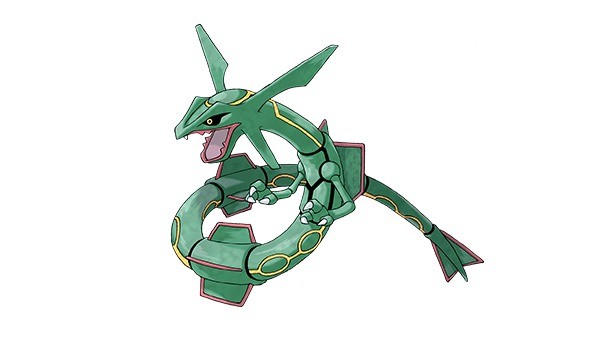 Of the Rayquaza-Groudon-Kyogre Legendary trio, Rayquaza is the only one that doesn't have any relevance to PVP, but that doesn't change the fact that he's a damage machine against any weak raid boss against Flying. With a max CP well above average, the pokémon greatly maximizes the damage of the Ace of Air and Outrage moves, not to mention, of course, the very high energy generation of the Dragon Tail. 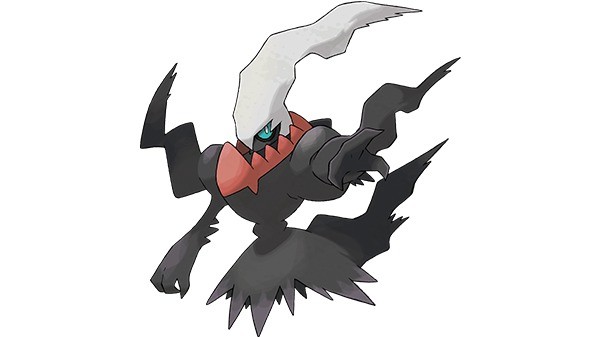 The untradeable Pokemon, Darkrai was the best Dark-type Pokemon until the release of Shadows. Because it is very fragile and has weakness against Fighters, Darkrai has no room in PVP, but it is still one of the strongest Pokémon for any other type of combat that you want to finish quickly. 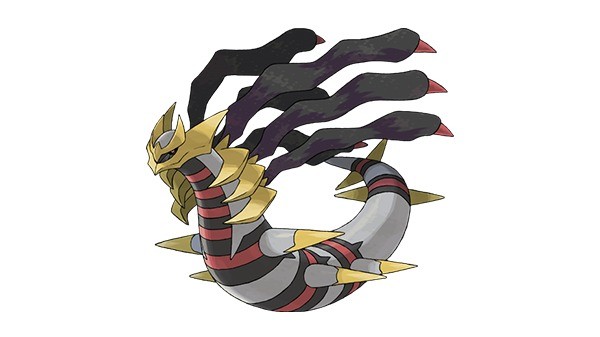 Finally, one of the most feared pokemon in PVP. Giratina (Origin Form) was once utterly unbeatable, causing the entire Master League to revolve around it. Even though it is not as stolen as before, the ghost dragon remains one of the strongest pokémons in the game, because in addition to its high maximum CP and good attributes, Giratina still has two of the best attacks in the game: Shadow Claw (high energy generation ) and Shadow Ball (heavy damage).