Despite having lost a lot of popularity in recent years, strategy games remain strong and deserve all the respect. Being able to beat our opponents based on planning and decision-making is still a pleasure sought after by many. That's why we've brought you a list of the 20 best strategy games for PC for those who like to plan their next step!

Attention: we focus on games that have strategy as the predominant genre. That's why we left out games that, although they are strategic, fit better in other genres such as MOBA, Tower Defense, survival, simulators, etc. 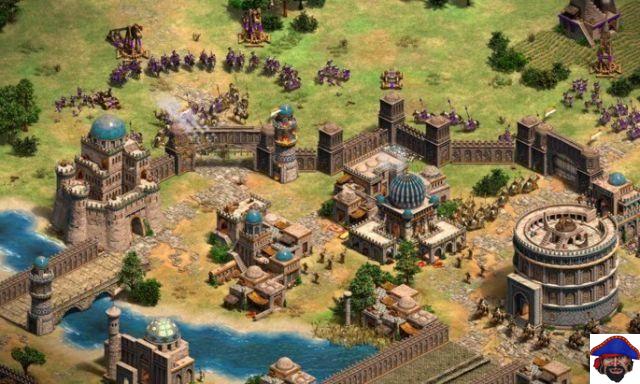 There was no way not to be him. Age of Empires II is the second title in a series that needs no introduction. It is almost impossible to find someone who has never heard of the game. The success was so great that the title won an HD remake in 2022 (HD Edition). Like most real-time strategy games, Age of Empires II puts you in the management of different structures and units with the objective of defeating enemy armies and destroying their bases. On the way, it is necessary to gather resources, obtain power-ups, conquer territories, etc. 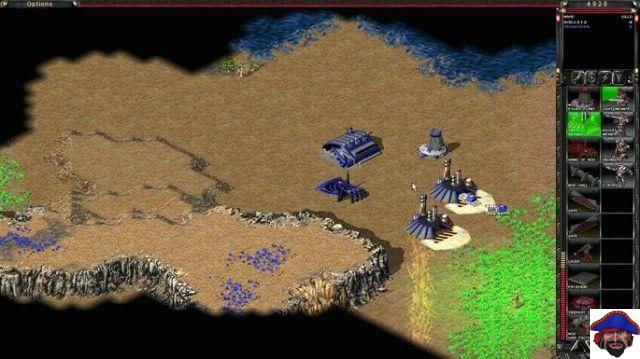 Here, we cannot name just one. Command and Conquer is the series responsible for putting the real-time strategy genre on the map, and its success has translated into several sequels, expansions and even a remastered version announced for 2020.

The original series of Command and Conquer has a science fiction theme in which a new world war occurs due to contamination of the Earth with a mysterious substance. Alternatively, the Red Alert series takes place in an alternate past in which Albert Einstein erases Hitler from history, creating a different timeline in which the Soviet Union expands across the world.

In every game in the series, the player controls different cores of the main story, each with their own goals. The series also features online and local multiplayer and matches against Artificial Intelligence. 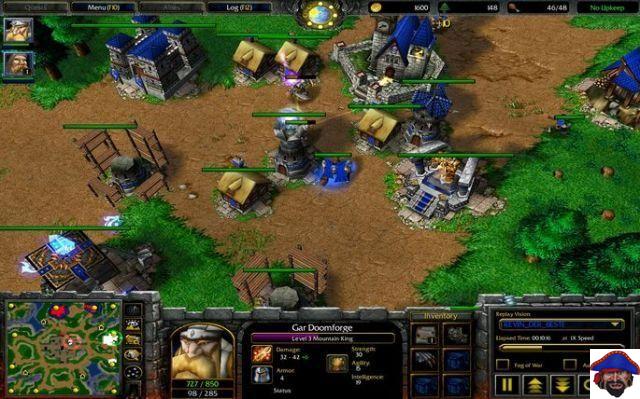 A classic of classics. Warcraft 3 is one of the biggest names in real-time strategy games and has introduced a true universe created by Blizzard with its many iconic characters. Here, you take part in disputes between 4 races: humans, orcs, night elves and undead. Each one has its own structures, characteristics and heroes, and the objective is to assemble an army capable of destroying enemy bases. 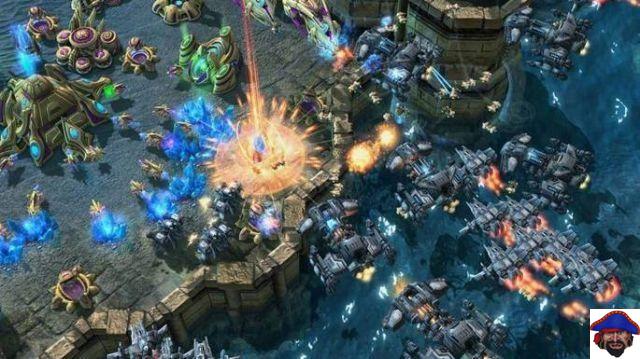 Continuing with the classics, Starcraft II is as famous as Warcraft. The game follows the same real-time style in which players must create their armies and decimate enemy units and structures to win. Here, the war takes place between 3 races: protoss, terrans and zerg, each with its own characteristics and style of play. Starcraft II has reached a surprising level on the competitive world stage, with millionaire prizes and being a true national passion in some Asian countries. 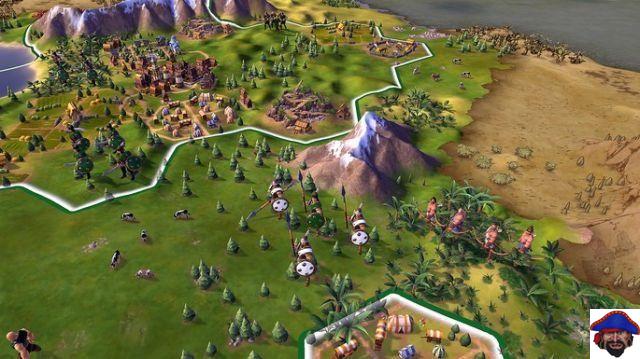 Civilization VI managed to outperform all of its previous titles in basically every way. Although the objectives remain the same (manage a civilization through different eras), the 6th title in the series has numerous new mechanics that greatly enrich the gameplay. This time you will need to worry about much more elements such as trading, religion, espionage, state leaders with their own characteristics and “skills” and much, MUCH more. 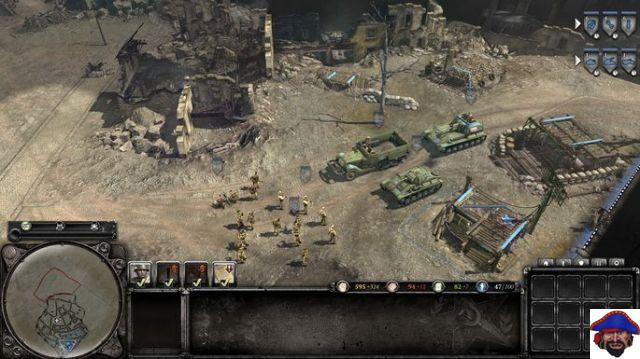 Company of Heroes 2 is the continuation of one of the most acclaimed real-time strategy games. To get away from the medieval theme, the game takes place during the 2nd World War and the player needs to control platoons of soldiers who need to conquer territories to gather resources. With these resources, you can acquire ammunition, fuel and other elements necessary to advance in the territory and complete the missions. The series is highly praised for the very high level of strategy that the stages can require, as well as a great variety of ways to complete missions. 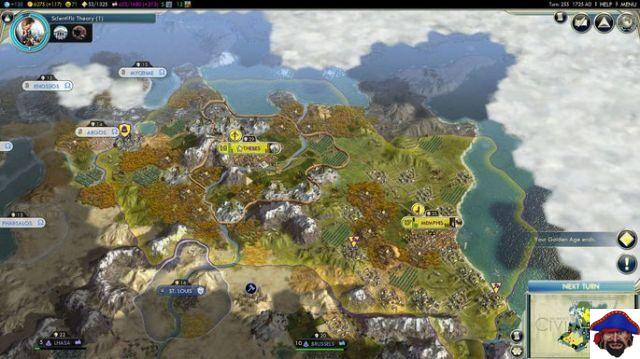 Civilization V is the fifth title in the famous strategy game franchise. In it, players need to manage their civilizations from prehistoric times to the future. Here there are several conditions for victories, which may be related to research, exploration, technological or economic development, population, diplomacy, etc. Civilization V was responsible for a huge leap in the quality of AI (Artificial Intelligence) in the Civilization series. 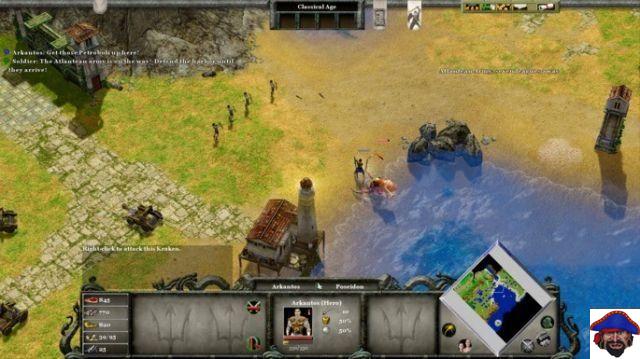 Age of Mythology is a spin-off of Age of Empires that gained so much popularity and recognition that it is still remembered to this day. The game did not have a sequel, but it did have some expansions that greatly increased the game's content. Here, players need to control units and structures related to Greek, Egyptian and Norse mythologies, each with its own characteristics and playstyle. As with all games of the genre, the objective is to destroy the enemy's army and base, and resource management and decision-making are crucial to victory. 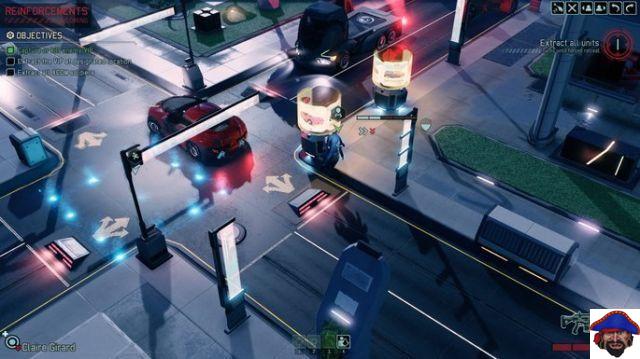 XCOM 2 is a turn-based strategy game in which you control soldiers of a military organization in the fight against aliens that have invaded Earth. With a top-down perspective, the player needs to manage each of the units to complete the missions in the best way. Some even have a limit of turns in which they must be completed, and scenarios are always randomly generated. 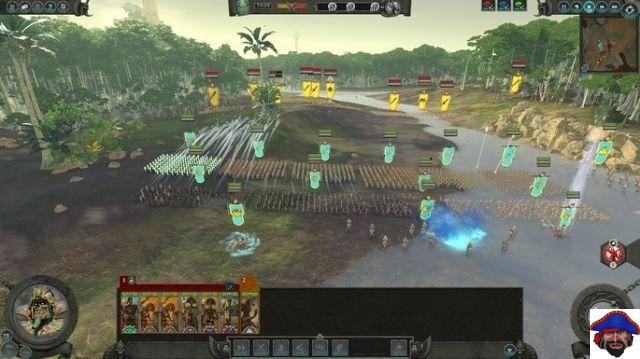 Total War: Warhammer II is yet another smash hit from one of the top strategy game franchises out there. Here, the strategy takes place in real-time and in turn in which you control entire armies of different races. First, the preparation for combat is done in turns in which the position of the units is decided, truces are decided, etc. When armies meet, the battle takes place in real time. The game also has several modes and an online campaign that can be played cooperatively with other players. 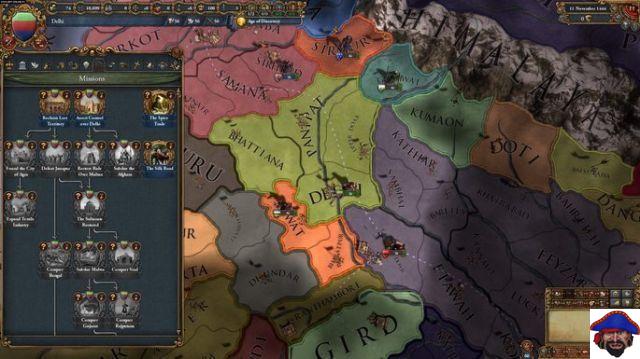 Europa Universalis IV is based on real historical events and puts you in control of a nation made up of several provinces, and the objective is to conquer the whole world. For this, the player must manage various elements such as Prestige, Gold, Devotion, Legitimacy, etc. Gameplay takes place through an interactive map of nations and the secret lies in achieving a great balance between military strength, diplomacy and economy. 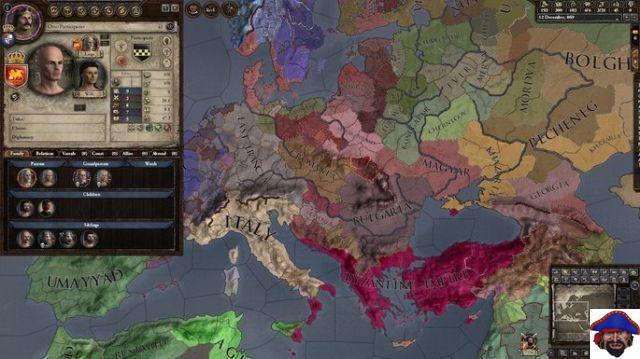 Crusader Kings II is a game very similar to Europa Universalis IV, especially visually. Here, the objective is to manage your dynasty so that it expands and controls more and more territory. For this, of course, the main tools for success are wars, politics, marriages, agreements, etc. The game is full of real characters from European history and allows you to rewrite the facts. Over time, you begin to see the fruits of your decisions as you gain territory and increase your influence. 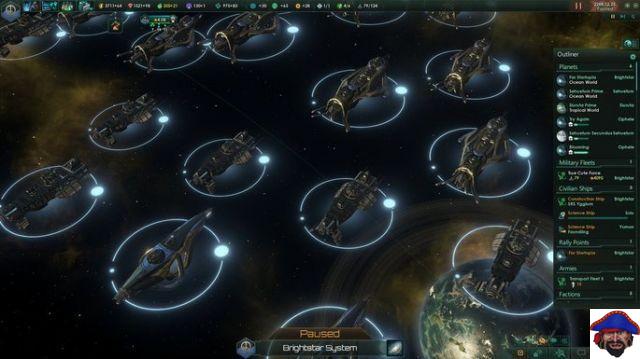 Stellaris is a game very similar to most on this list, but with a futuristic and space theme. The story takes place in 2200, when there are already faster-than-light spacecraft. The game's objectives are very varied and it is possible to choose to conquer the entire galaxy through force or to seek peace between civilizations. Battles, of course, take place between spaceships and in real time. Preparation, in turn, takes place in turns where a lot of strategy is involved. In addition to the most violent means, players can propose alliances and economic treaties to achieve their goals. 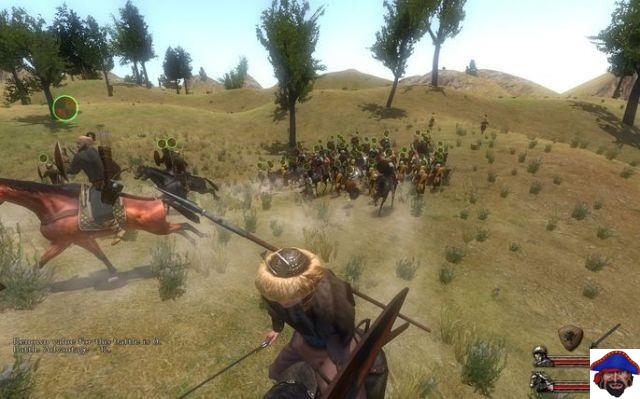 Another member of famous franchises, Mount and Blade: Warband is a medieval-themed strategy and RPG sandbox. The gameplay takes place at different times and the player needs to create and customize his character, move around the map and, if he encounters enemies, participate or not in combat. During fights, real-time strategy comes into play, but outside of fights, decision-making is crucial. In that sense, you can choose to create your own fief, work for feudal lords, get married, attack cities, etc. 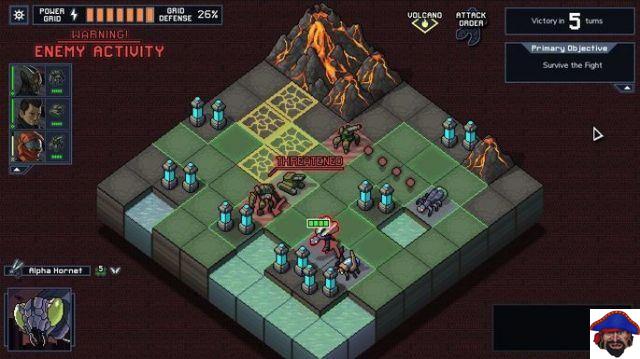 Into the Breach is an indie strategy game with minimalist graphics. Here, humanity must resist the attack of aliens using powerful robots brought from the future. Battles take place through a turn system on a small 8x8 board on which numerous strategies can be developed. Each unit has its own characteristics that must be combined with others so that you find the best way to pass each level. 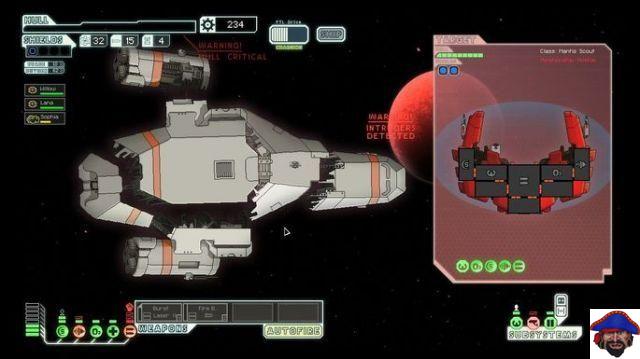 Faster Than Light is a strategy game developed by the same studio as Into the Breach. Also with minimalist graphics, the game puts you in control of a spaceship as you try to survive the onslaught of enemy fleets and fleets. To do so, you must manage all aspects of the ship, manage each resource well and make numerous tactical decisions during combat. 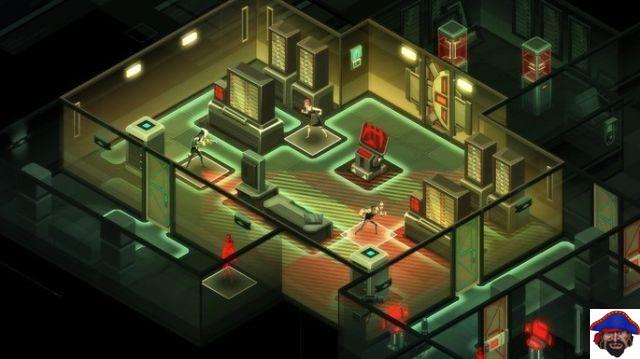 Invisible Inc. is a turn-based strategy game with lots of stealth and espionage elements. Here you must take control of agents on secret missions with the aim of protecting a central computer system from the attack of multinationals. The missions take place with a limited number of moves and are always very tense. The game has a great tactical focus that requires you to pay close attention to the environment and the behavior of enemies in each level. 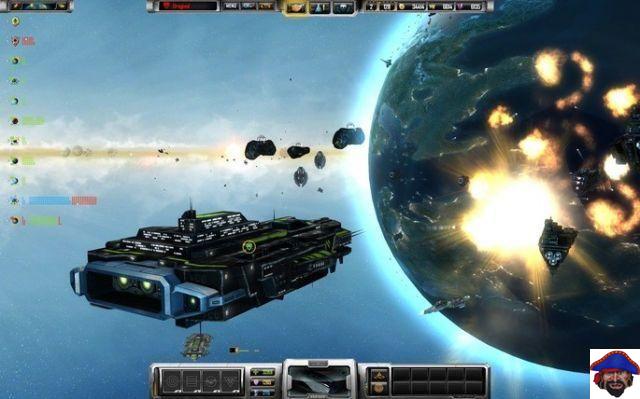 Another game that combines turn-based strategy with real time. Sins of a Solar Empire has a futuristic space theme in which players can choose to control different extremely technologically advanced races. Each one has its own network of planets and other celestial bodies, and the player must manage resources well in order to explore and conquer different regions of space. 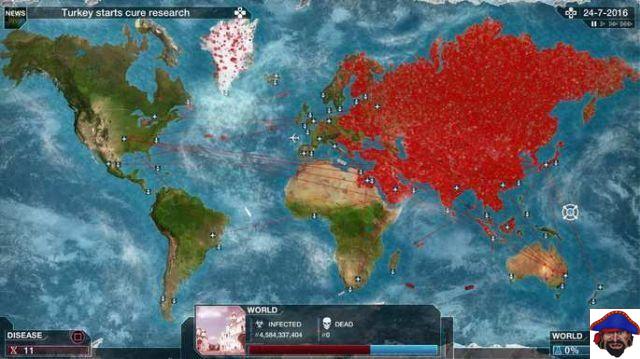 One of the most original strategy games out there. In Plague Inc. you take full control of a disease with the aim of wiping out the human race. For this, you will need to develop the characteristics and attributes of the disease, choosing ways of transmission, symptoms, “talents”, etc. As you play, you need to be aware of events around the world such as floods, earthquakes and border closures to adapt and keep up with the evolution of your disease. 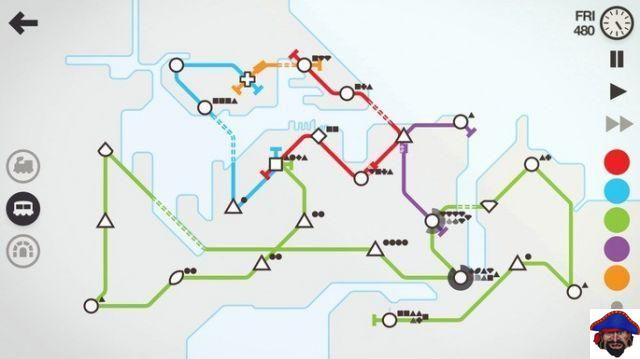 Mini Metro is a strategy and puzzle game with very minimalistic gameplay and graphics. Here, the goal is to create a metro network as efficiently and optimally as possible. Each of the stages takes place in a real city, and as more passengers appear and new subway lines are opened, the complexity increases a lot and administration becomes much more difficult. Certainly a very original and perfect game to run on a weak PC, deserving a place on this list.