Although it was not the success that was expected, the Playstation Vita (PS Vita) was a device of great respect in its time. With great features, the device had all the controls present in the Playstation consoles and, best of all: numerous games of the highest quality.

For those who are still a fan of the PS Vita, we have put together a list of the 20 best games of the successor to the PSP below. Check out! 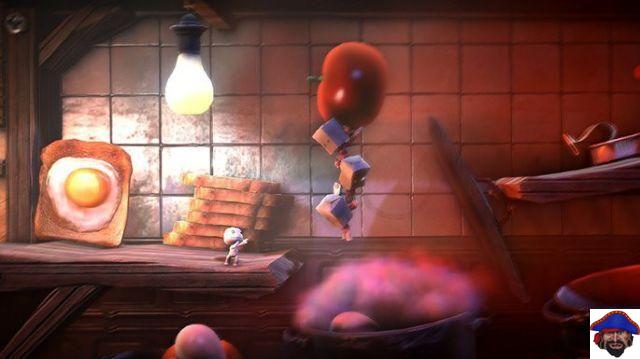 LittleBigPlanet is an extremely fun and well designed puzzle platformer. The graphics and animations are very fluid and the scenarios and characters are always captivating. The PS Vita version managed to reconcile the magic of the franchise with the device's features very well. Advancing through levels and completing puzzles using the touch screen gives LittleBigPlanet an even more satisfying feel. 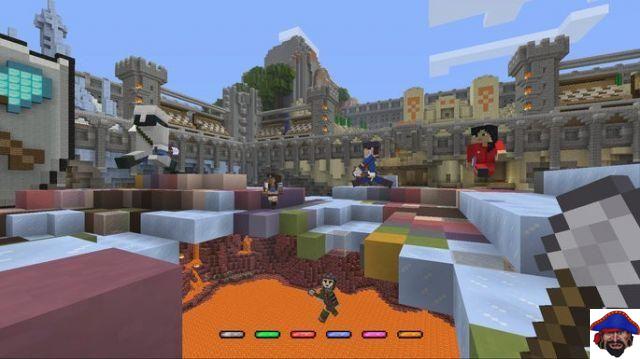 Obviously, the most famous block game in the world could not be left out of Vita. Minecraft: Vita Edition offers all the experience you'd expect from Minecraft, but in a slightly smaller world. Apart from that, the game still gives you all the freedom to explore the world and build absolutely anything you want. 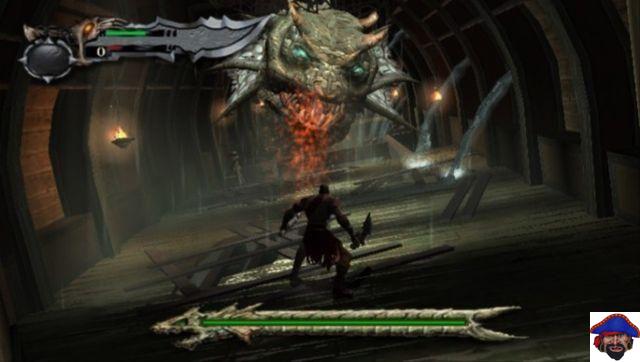 God of War Collection is the remastered version of God of War I and II. For those who were trapped in a cave and don't know the franchise, here we control Kratos, a soldier who seeks revenge on, basically, the entire Greek Pantheon for the death of his family. Throughout the games, we fight with various Olympian gods in spectacular and extremely violent battles. If you have a PS Vita and you don't have God of War Collection, I don't know what you're doing with your life. 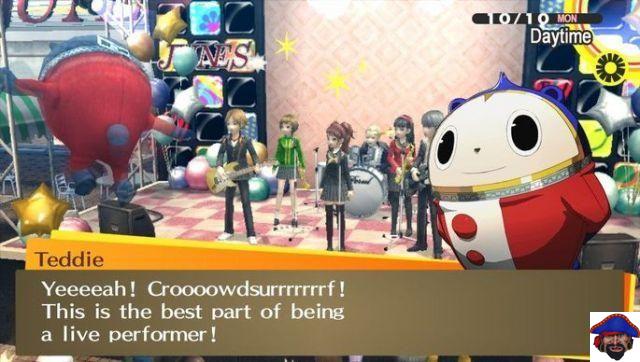 Persona 4: Golden is the PS Vita version of the famous Persona franchise. The game mixes RPG elements with life simulators, and puts you in control of a high school student, being able to participate in various everyday activities as well as battles against otherworldly monsters. The game gives you great freedom to choose what to do, and your decisions affect how the story progresses. 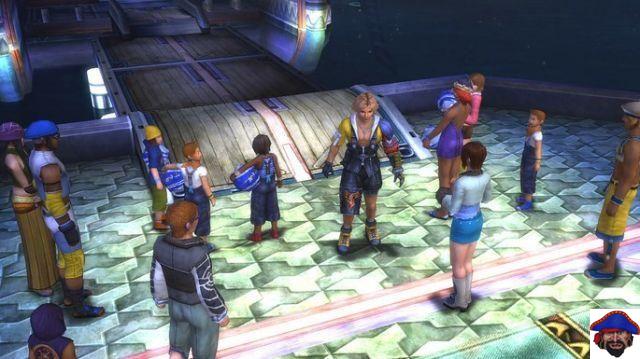 Who hasn't heard of Final Fantasy? The Playstation Vita version is a remaster of Title X and X-2 originally made for PS2. With improved graphics, the games are a delight for RPG fans, especially with their immersive story that perfectly balances action, adventure, comedy and drama. 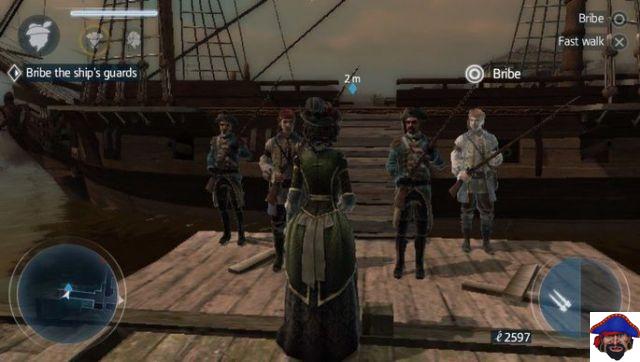 Assassin's Creed III: Liberation is a spin-off set during the events of Assassin's Creed III. For the first time, we play a female protagonist named Aveline de Granpré, who seeks to stop the Templars from taking over. The game maintains the same gameplay as all the others in the series, as well as the 3rd person perspective and the open world to be explored from top to bottom with parkour maneuvers. 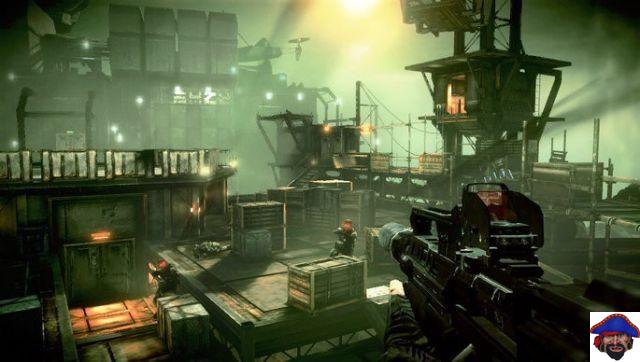 Considered by many to be the best PS Vita shooter, Killzone Mercenary puts you in control of a mercenary tasked with completing various missions full of action, explosions and all kinds of weaponry. The game has several modes with different objectives and relatively high difficulty that are sure to keep you going for many hours in single-player mode. However, the strong point of the game is the multiplayer, which is so good, it still has active players to this day. 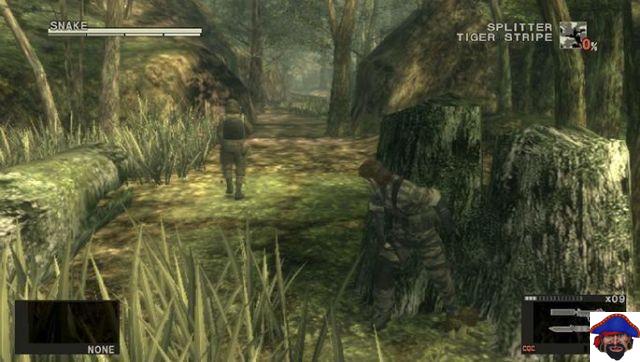 Yet another rebrand, Metal Gear Solid: HD Collection includes Metal Gear Solid 2: Sons of Liberty and Metal Gear Solid 3: Snake Eater, both originally released for Playstation 2. The HD version offers exactly the same experience, but with improved graphics. and a Trophy system. If you've never played MGS, you're missing one of the best stealth-style action and espionage games ever made.

9. Tales From The Borderlands 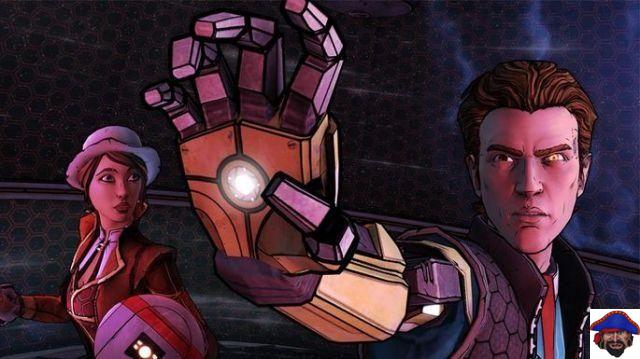 Tales From The Borderlands is a kind of interactive sci-fi and comedy-style comic that takes place after the events of Borderlands 2. The game mixes shooter with RPG elements and puts you in control of two characters in different cores, in which your choices influence the course of the story. 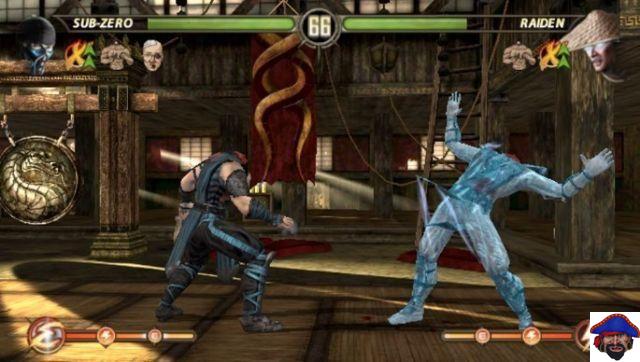 Get over here! What can we say? It's Mortal Kombat, but on PS Vita. The game is also known as Mortal Kombat 9 may be the 9th title in the franchise. With several modes, MK9 went back to its roots and focused a lot on the story and characters from the beginning of the series. Only the classics!

11. Need for Speed: Most Wanted 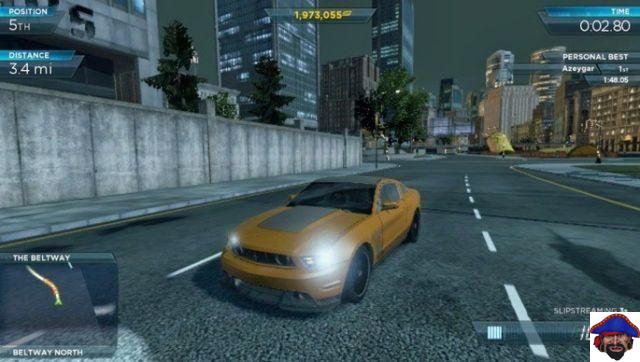 One of the best racing games ever made, Most Wanted was the title that added police chases to the franchise's already fun car racing. With numerous vehicle customization options, the game also allows you to choose between controlling racers or police officers. Each side has its own goals, but the fun and frenetic action of the dispute remains the same. 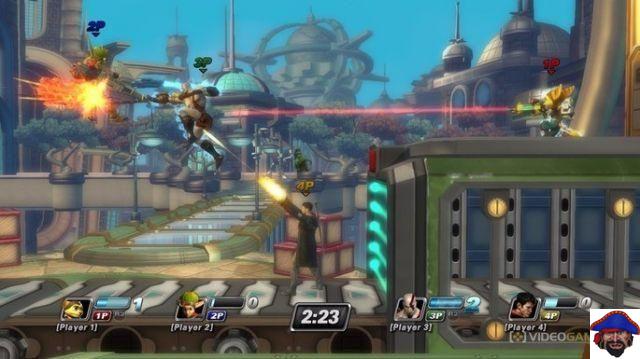 PlayStation All-Stars Battle Royale is a kind of Super Smash Bros. from Playstation. For those who don't know, the game brings together famous characters from various Sony titles and puts them in combat for up to four players simultaneously. It has characters from Tekken, Bioshock, Metal Gear, God of War, Devil May Cry and more! Undoubtedly an extremely fun game. 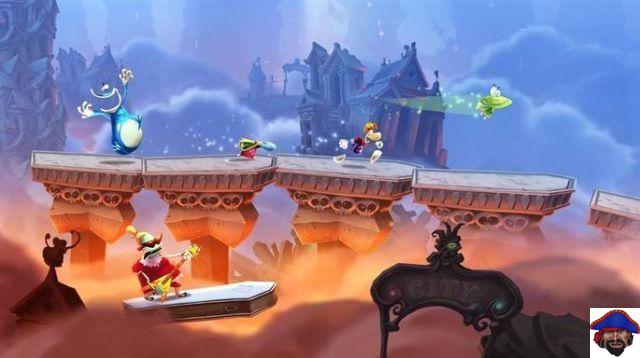 Rayman Legends returns to its origins and puts the charismatic Rayman on a platform adventure. The game combines 2D and 3D elements to create very rich scenarios and interesting mechanics during the levels. In all, the game has more than 120 stages, as well as daily and weekly challenges. 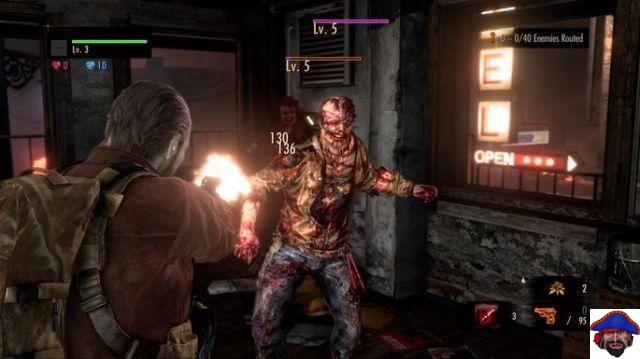 Resident Evil Revelations takes place between the events of Resident Evil 5 and Resident Evil 6 and puts Claire Redfield back as the protagonist. The game maintains the classic Resident Evil style and its 12 hours of gameplay maintain a great balance between action and suspense. The game also has a multiplayer mode called “Raid Mode” in which players can cooperate to advance in the scenario and reach the objective. 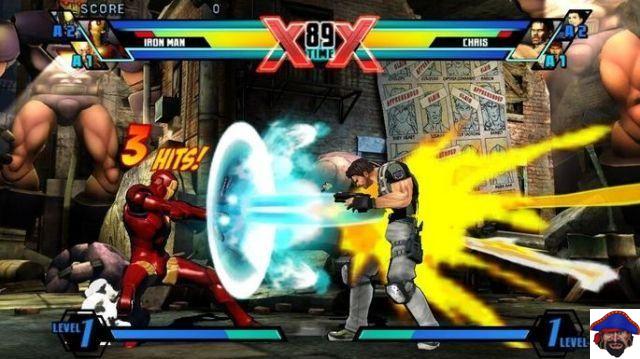 One of the best fighting cross-overs ever made, UMVC3 is a masterpiece of fighting games. With the classic mechanics of the franchise, the game offers everything expected: electrifying (and very long) combos and dozens and dozens of characters. This time, in addition to the long-awaited X-Men and Street Fighter, we can play with members of Guardians of the Galaxy, Resident Evil, Devil May Cry, Doctor Strange and much more! 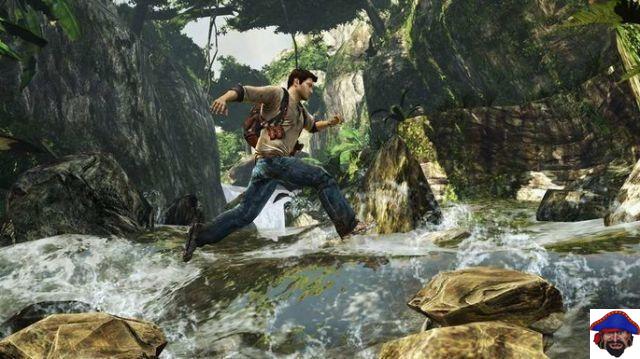 Uncharted: Golden Abyss is the 4th title in the Uncharted series and the first to be released for handhelds. The game received very positive reviews that put it on the same level as console games, offering the same level of action and adventure. 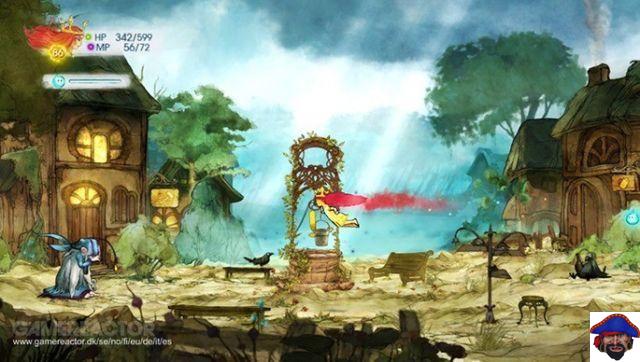 Child of Light is an extremely captivating platform RPG. The graphics and sound effects seem to be from an indie game, as they give the game a very original identity and reinforce the “fairy tale” style with which the story is told. Throughout the game, you'll have to fight several fights with a very fun combat system, in addition to solving several challenging puzzles. 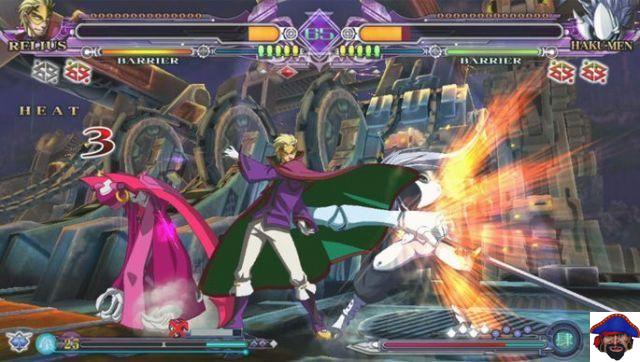 BlazBlue: Continuum Shift Extend is yet another title belonging to one of the best fighting game franchises out there. The game maintains the same style as its predecessors, with 2D fights and characters and scenarios designed in an anime style. The highlight, without a doubt, is the extremely complex mechanics that make BlazBlue one of the most competitive fighting games. 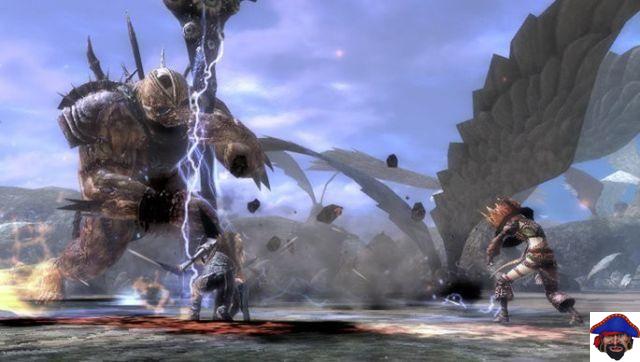 Soul Sacrifice is a 3D action RPG reminiscent of a few games like Dark Souls or God of War. The game offers the highest quality graphics that the Playstation Vita is capable of, which makes the electrifying combats even more attractive. The game is told in the form of a book and allows you to choose the path the story will take. 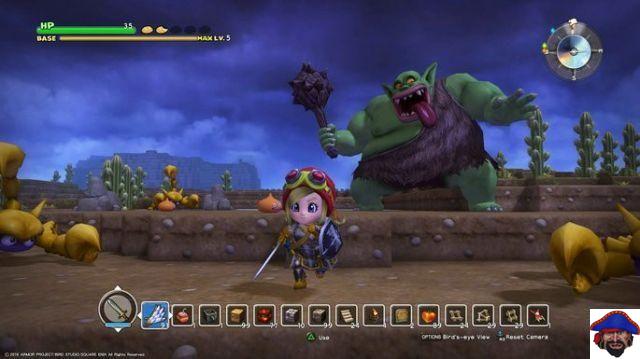 Dragon Quest is an adventure RPG that focuses a lot on loot and crafting materials. The game actually looks like a 3rd person Minecraft, but with much more polished graphics. Just like in Minecraft, you also use blocks to raise buildings and farm items.

add a comment of The 20 best PS Vita games!