The 20 best multiplayer games for those with weak PCs

You don't need a super PC to play online with friends! To prove this we brought 20 of the best multiplayer games for those who have a less powerful computer. See in our list the requirements and a summary of each of the games that you should download right now!

Criteria for Weak PC of this article: 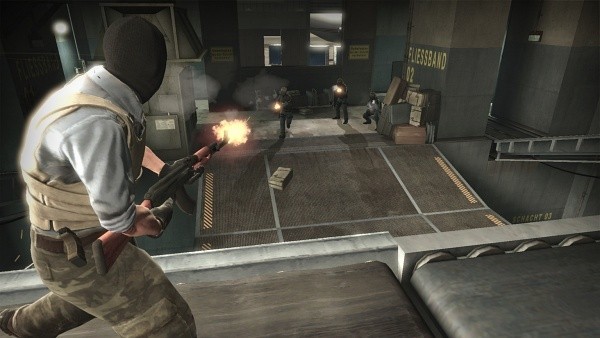 This game is undoubtedly the most popular shooter for PC. Its first version began as a complement to the Half-Life game and was one of the first to be considered as an eSport.

The GO edition remains familiar to fans of the franchise, but with additions that complement the game and modernize it a little, but not enough to stop running on the most modest machines.

Check out 8 essential tips for any CS:GO beginner! 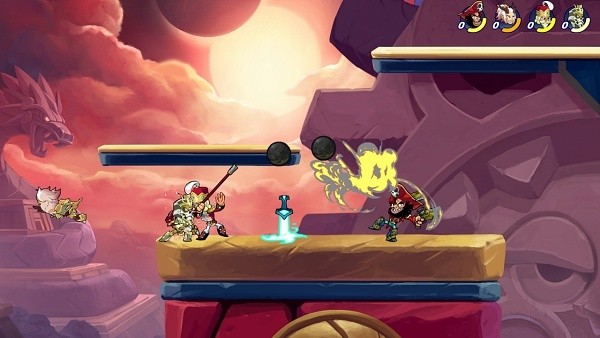 Brawlhalla is a free fighting game in which you have to fight against other players in order to beat them by knocking them out of the arena. The game's mechanics are easy to master and the various modes you can try will guarantee you many hours of fun.

However, it's the Competitive mode that will keep you motivated, and you could even enter the World Championship... if you're good enough.

Check out 5 essential tips on how to play Brawlhalla! 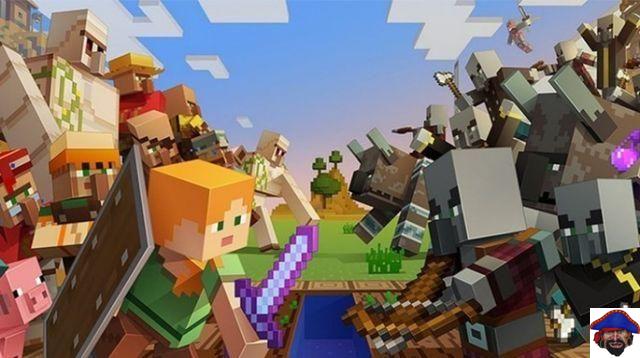 Minecraft is one of the best multiplayer games for weak PC. You can play with split screen, online, in LAN, that is: there's no way to get bored with this sandbox, especially if your focus is to play with friends.

Focus on building worlds, items or exploring the game's open world, carrying out very interesting quests that will push your creativity whenever possible! 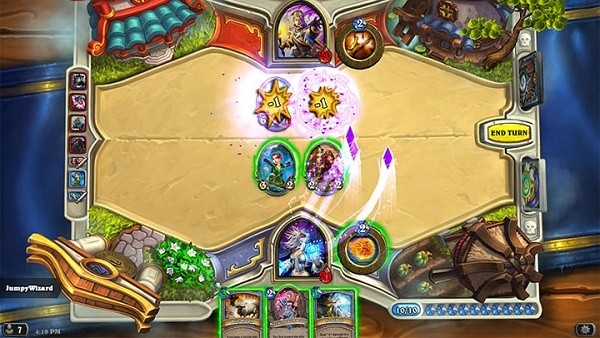 Blizzard's game based on Magic: The Gathering promises that it will make you addicted and, on top of that, it runs on any machine as it is so light. The game is free to play and is constantly evolving, with new content being added regularly.

In addition, the animations are well done and the game mechanics are easy to understand. And, if you are a fan of other previous Blizzard games, specifically the Warcraft franchise, you will find many references that will please you. 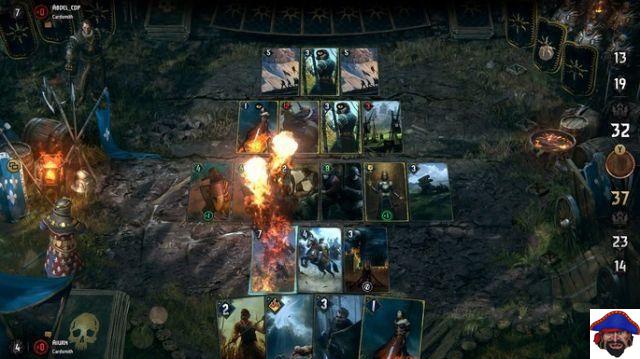 Gwent is that perfect game for fans of the wizard Geralt of Rivia. All based on the game of the same name shown in The Witcher 3, you will have dozens of character cards shown in the game to assemble a powerful deck. And your mission is to face other players online.

It is very reminiscent of Yu-Gi-Oh, so anyone familiar with games of the genre should have no problem mastering Gwent. In addition, there is a single player mode to train before heading to competitive mode. 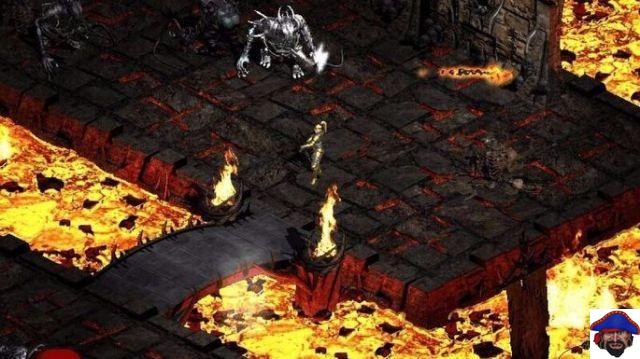 Diablo 2 has a very well constructed narrative, marking the fight of an unsung hero against the demons controlled by Diablo in his attempt to dominate the world once again. You have in this RPG the classic character building, skill evolution and collection of armor and spells.

The game can be played in both single player and multiplayer, although in this case the focus is on the solo experience. But that doesn't mean the experience together is bad! 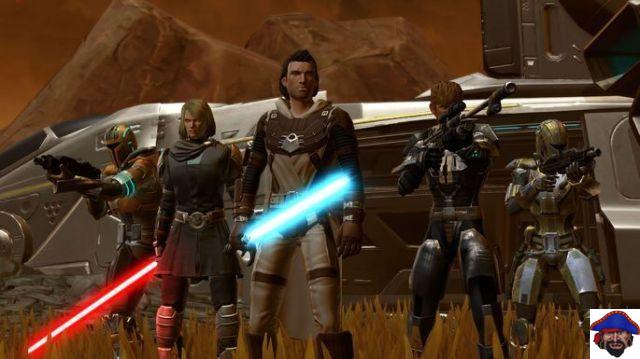 Star Wars + MMORPG = The Old Republic. This is still the best game in the franchise today. Precisely because it puts players in a vast open world where they can interact with each other to complete different missions.

On top of that, there's a well-refined system of choices that interferes with how the game's universe sees you. That is: it can be a Sith or a Jedi or go between the two forces, playing both sides. Fantastic! 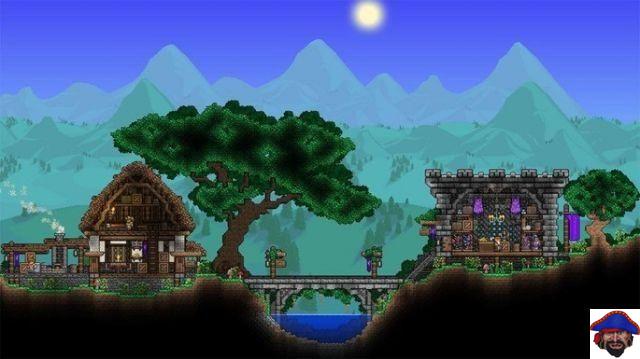 Terraria is somewhat reminiscent of Minecraft, but in a completely 2D environment. By default the game is fully cooperative and multiplayer, although there are PvP game modes. But what's really cool is building worlds, items and stories in partnership with your best friends. 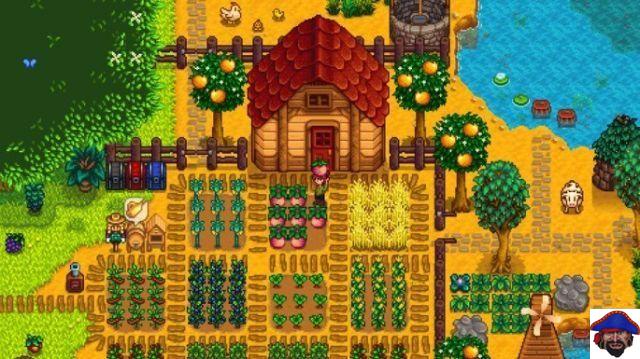 Stardew Valley is a farming simulator where you can play farmer and rancher in a super cute 2D world! The highlight of the game, in addition to having to take care of all aspects of your little farm, is being able to interact with up to 3 other players and farmers in the same game session. 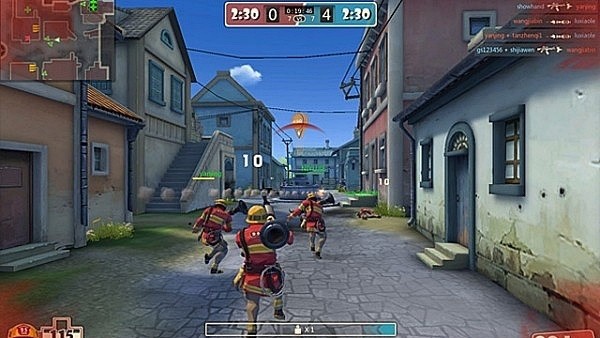 Team Fortress 2 is a 2007 game that is still active and being updated. That means you have a lot of classes, weapons, and maps to try out. Like most shooters of the genre, you have to choose one of the two teams to complete objectives according to the map and game mode you choose.

With comical graphics and fun gameplay, Team Fortress 2 is a game that remains popular even today, despite being over a decade old, and that guarantees a lot of content to try. 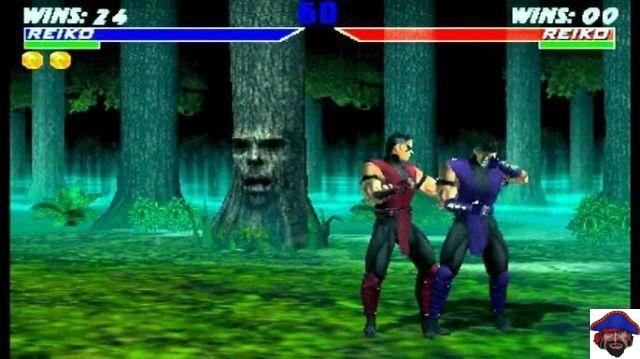 Just because you have a humbler PC doesn't mean you have to give up playing Mortal Kombat. MK 4 is a 1997 game, being a classic. There are almost 20 characters, including Raiden, Scorpion, Liu Kang and other beloved fighters from the franchise.

As it is an old version of the game, you can expect to find Fatalities and other bloody, brutal specials with that trashy aspect for which the franchise has always been known. 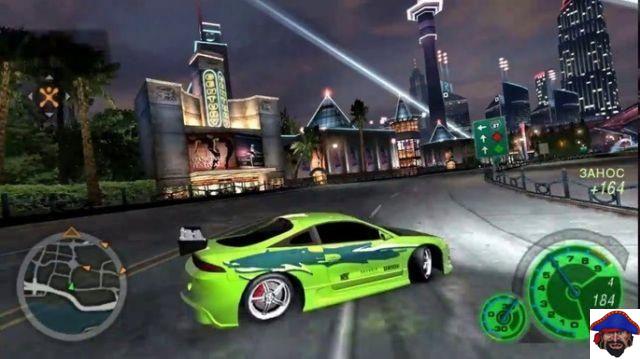 Need for Speed ​​Underground 2 is one of the best racing games of the early 2000s. In addition to allowing the customization of cars, allowing a wide tuning in terms of aesthetics and performance, there was the possibility to play with a friend.

Even with the split screen, it's pretty cool to compete with someone to see who's the king of the tracks. If you have a weak PC and want a good quality racing game, this Need is a no-nonsense bet. 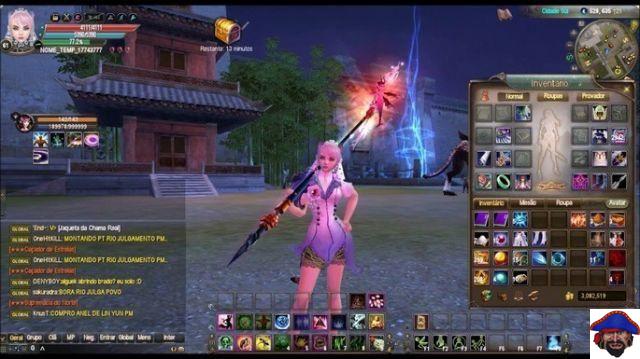 Perfect World is an old MMORPG, but it still has many loyal players on its server. The open world is really wide, and you can face dozens of different creatures, some being Big Bosses. Or, if you want, you can face other real players in PvP. 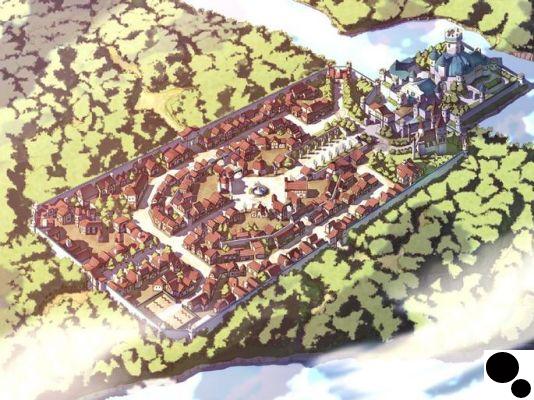 Ragnarok Online is one of the best MMORPG games ever created. It's no wonder that almost 20 years after it was released we still have many playing. It mixes three-dimensional graphics with two-dimensional characters.

There are more than 40 character classes, with a very broad system of skills and equipment. You can be pretty much anything you want within the game, which has a strong social component in its mechanics. 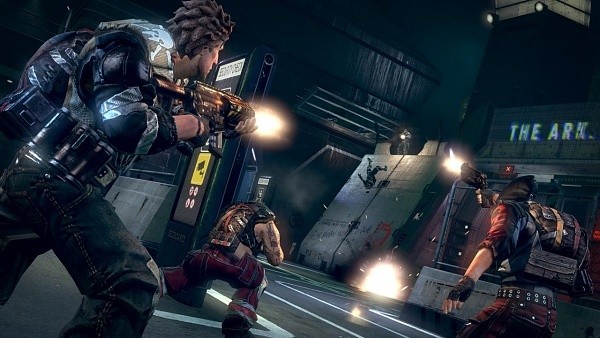 Brink is a first-person shooter very similar to CS:GO, but published by Bethesda Softworks and focusing on parkour movements. Here, you can choose between Security or Resistance and enter battles in a futuristic, floating city.

The game has several classes and maps, but it's still light enough for you to play on any device. 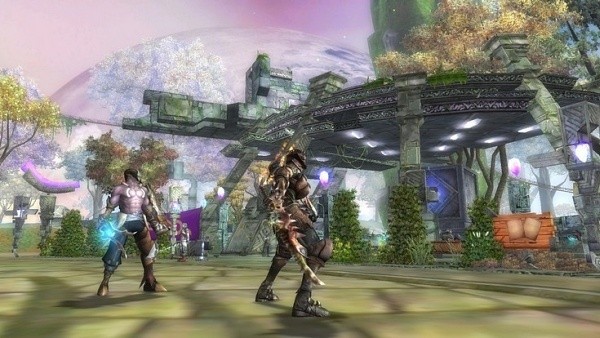 Another fun shooter that runs on most PC's, Argo is set on an island where two factions will fight for control of an abandoned space station.

You can choose from four different game modes, but all opposing the two factions. In addition, the game includes an editor for you to make your own scenarios. 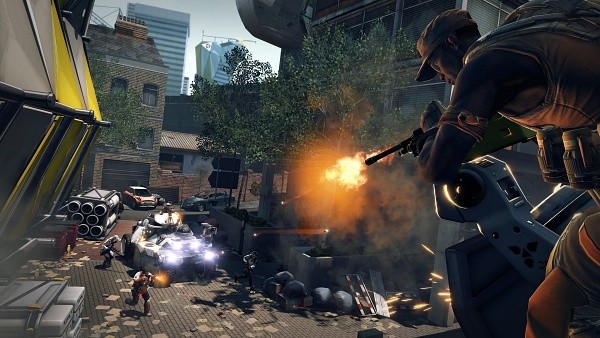 This first-person shooter is so lightweight that it can be played on any type of PC. The game has several game modes and 20 characters with unique abilities and powers. Team strategies are very important for you to do well, as the gameplay is arena-style.

Furthermore, Dirty Bomb is easy to play and master, as long as you maintain a stable internet connection. 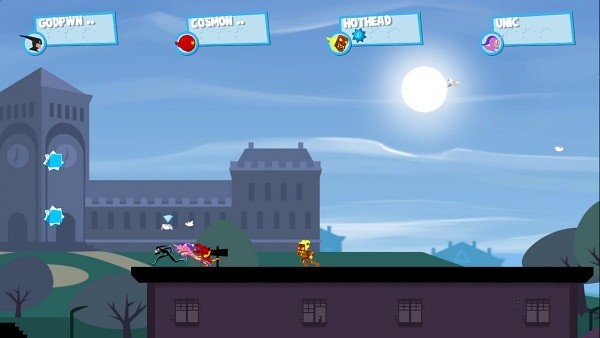 Initially a free game to be played in the browser, Speedrunners managed to gain enough popularity to temporarily become a game recognized as e-Sport.

Here, you have to run and jump over obstacles while the screen keeps scrolling. To succeed, you have to be fast and be able to outrun your opponents using the environment and upgrades you can pick up along the way. 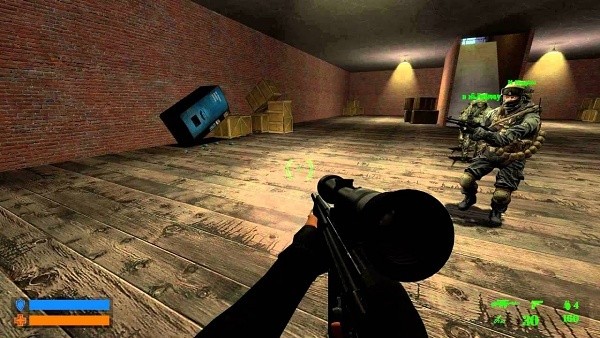 Survive a zombie apocalypse with this multiplayer shooter, where you are part of a team of five people. You can choose from five different classes and you'll have to overcome various difficulty modes to progress through the game.

In addition to being an addictive and fun game to play with friends, Codename: CURE is so lightweight that it will run on almost any PC. 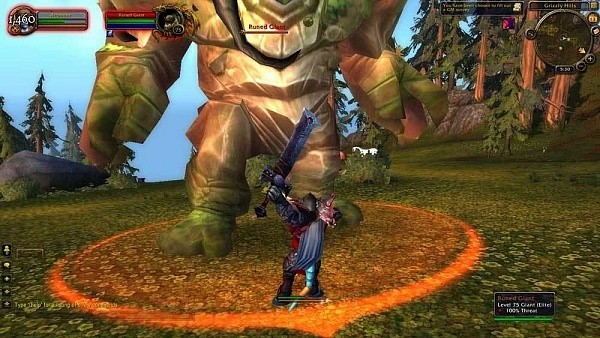 World of Warcraft was not the first MMORPG on the market, but it was undoubtedly the game that popularized the genre. Although it is a game from 2004, with graphics already a little outdated, it remains popular and with so much content that it will guarantee hundreds of hours of fun.

In World of Warcraft, you can choose your faction, your race and your class and, from there, go on an adventure to save the world of Azeroth.

And don't forget: did you make an amazing move or just want to share with us how pro you are? Send it to our Facebook or Instagram that we publish!

Audio Video The 20 best multiplayer games for those with weak PCs
The 20 best games to play on PS5! ❯