Cooperative games have an exclusive space in the midst of so many genres and fashions in current games. With a focus on helping and not competition, these games aim to bring together players who want to help each other to achieve the same goal, making quests, combats, escapes and activities in general much more fun. Below, we've rounded up the 19 best online co-op games in 2022 for those looking to advance as a group. Check out!

Attention: we selected games whose cooperative mode is extremely relevant or even the only way to play. We left out games that, even big, don't have a standout co-op mode. 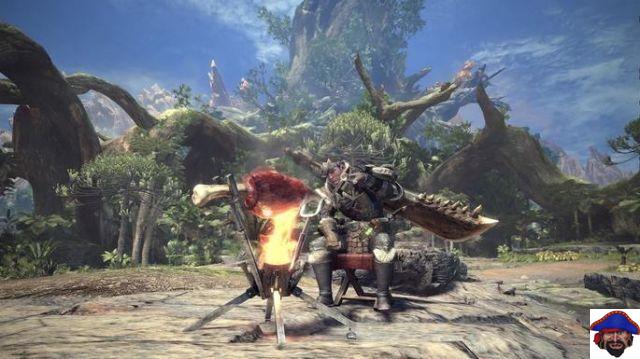 Monster Hunter World is another one of the great games today that has an extremely fun online cooperative mode. In it, you can create rooms with specific filters to select the ideal partners for your monster hunts. You can invite friends to groups or even join random players around the world. Both quests and raid bosses have their difficulty level adapted according to the player's level. 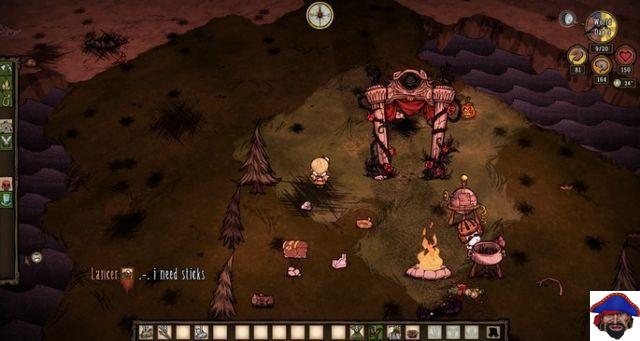 A cooperative game par excellence. Don't Starve Together is one of the most popular survival games today, surpassing even the "vanilla" version, Don't Starve. For those who don't know, here you appear on an island and you need to find ways to survive as long as possible. The game is specially designed to be played together and allows you to create servers with your own rules. In this way, it is possible to invite friends or join random people to share tasks such as farming materials, hunting animals, crafting items, etc. 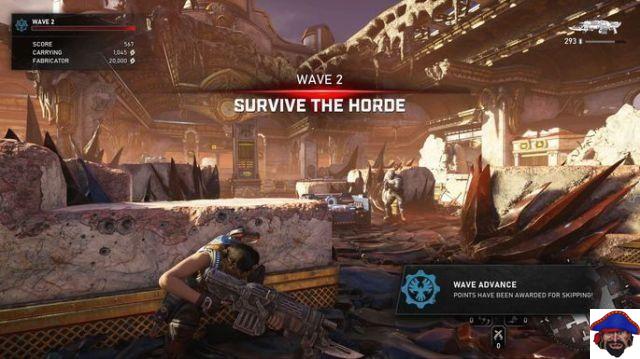 Gears 5 remains one of the most electrifying shooters today. The game is the latest title in the Gears of Wars franchise and is full of action, explosions, blood, flying body parts and much more. For those who appreciate a good story, the game also offers a great plot full of political and existential issues mixed with futuristic and science fiction elements. Regarding the cooperative mode, the game allows up to 3 players to join in a group, either online or even in split screen. 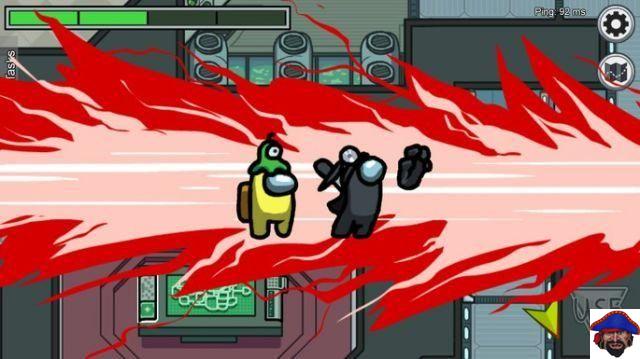 The game that stole the show in the second half of 2020, Among Us is an interesting pick for this list. As the gameplay revolves around the social interaction between players (whether through accusations, arguments, defenses or lies) it is never possible to really know if your "partner" is really playing cooperatively. Even so, there is no denying that the objective of the game is to fix a spaceship together with other players while others try to kill everyone. 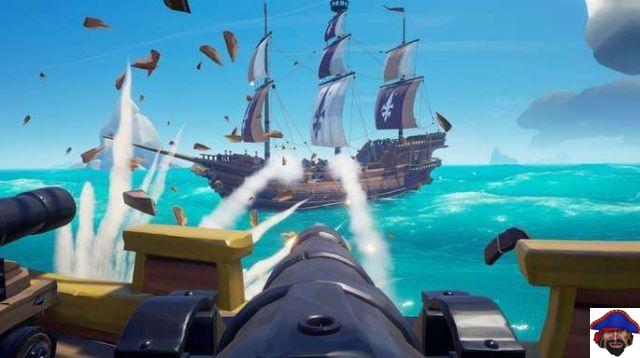 Sea of ​​Thieves is a pirate-themed first-person online adventure game. The game takes place in a giant open world where players can complete various missions with the aim of becoming a legendary pirate. The game is not an MMORPG since it does not have many classic elements of the genre, but even so, it revolves around missions in which players can join together to complete, but nothing prevents the same players from having to face each other on future occasions. 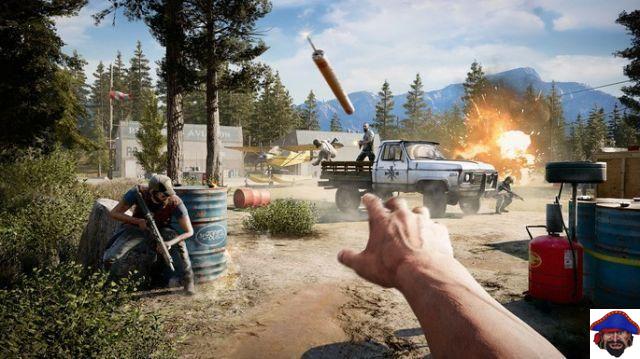 Yet another heavyweight title, Far Cry 5 can be played fully in co-op, with the exception of the intro and tutorial. After that, all missions can be played in pairs, and it is possible to share resources such as ammo, medicine, etc. Exploring the vast open world of Far Cry, with all its tension and action typical of the franchise, becomes even more fun with 2 players. 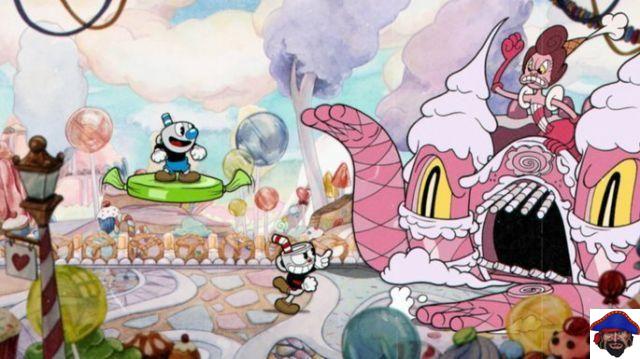 One of the most acclaimed indie games of all time. With its vintage aesthetic and simple gameplay, Cuphead is deceiving by looking more like a platform game. In fact, the game is extremely difficult and frustrating, being aimed exclusively at players looking for great challenges. To make it a little easier, the game also has a cooperative mode in which two players can follow the stages complementing their skills or preventing their partner from dying. 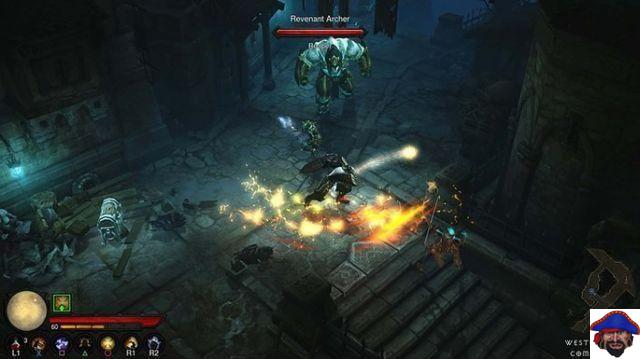 Diablo III's co-op mode is already very well known. The most diabolical hack and slash in the world allows up to 4 players to join forces to explore the world ravaged by monsters and other macabre creatures that make Diablo a successful franchise. The biggest advantage of the mode is being able to combine and coordinate skills from different classes.

Stardew Valley is an extremely captivating RPG mixed with farming simulator. In addition to the very immersive single-player experience, the game has a local or online cooperative mode that allows up to 4 players to play in the same world. Thus, it is possible to share resources, money and even marry with other players. 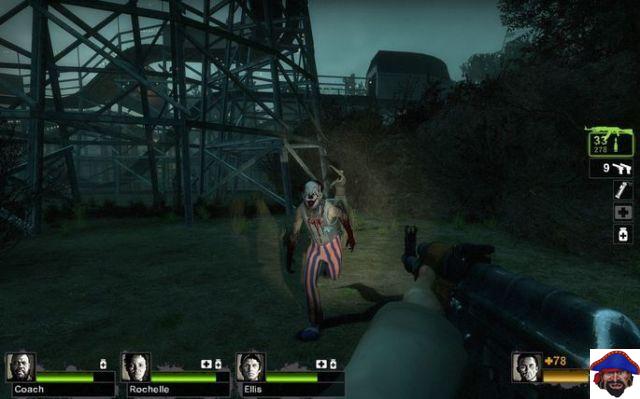 Left 4 Dead 2 is a horror FPS with multiple game modes. All of them are multiplayer focused, as even the campaign can be played with 4 players. It is also possible to join the same number of players in a Survival mode in which the objective is to survive as long as possible.

Borderlands 3 is among the most unique FPS today. With its extremely original story and visual identity, the game offers a very captivating experience with its quirky humor and frenetic action. Here it is also possible to join other players in cooperative mode, both in the campaign and in other faster modes for those who just want a little game. 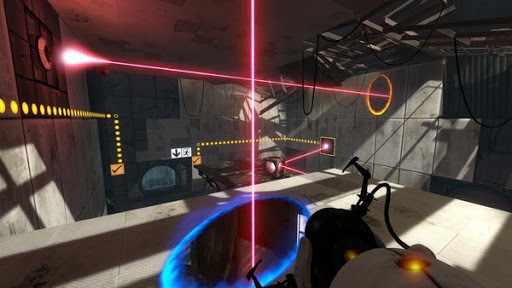 Portal 2 is one of the most fun and original puzzle games of all time. Here you must use a portal weapon to solve various puzzles that involve moving and relocating objects. It takes a lot of patience and a sense of space to overcome each level. The co-op mode supports 2 players and features levels not found in the single-player mode. 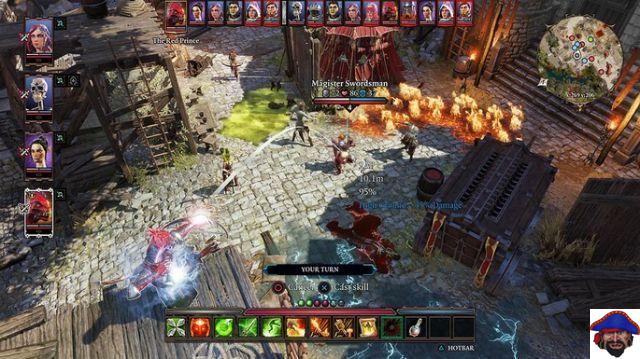 Divinity: Original Sin 2 is an RPG with all the classic elements of the genre. In addition to offering several characters already created, you can create your own by choosing all the characteristics and even your story. In co-op mode, up to 4 players can team up to defeat tough bosses, share items or money, or just split up to complete quests more easily. 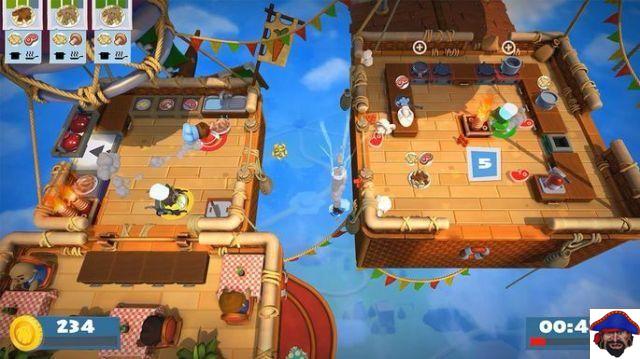 Overcooked 2 is an extremely original and fun cooking simulator. Here, up to 4 players can team up to cook together and share tasks like cutting or washing ingredients, cooking, seasoning, etc. The problem is that restaurants and kitchens have their own obstacles that hinder the preparation of dishes. It's up to the players to coordinate and deliver meals on time. 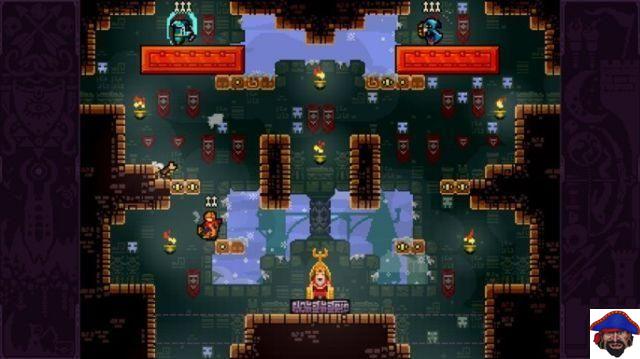 Towerfall Ascencion is a platform game with minimalist graphics in which up to 4 players get together in a small scenario to kill each other. However, the co-op mode allows up to 2 players to join in a new adventure full of quests. The game is made to be played with friends in the same place, fitting into the genre called couch co-op. 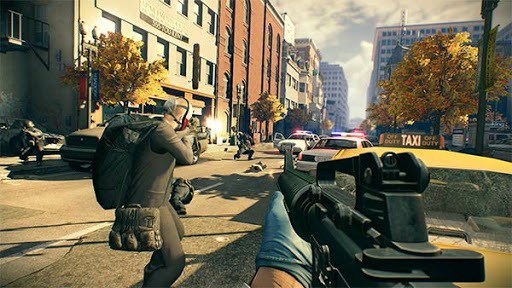 Payday 2 is a cooperative FPS with gameplay focused on a series of heists. Here, up to 3 players team up to carry out bank robberies, drug trafficking, nuke theft, etc. As you earn money, you can upgrade your character and weapons. The concept of the game is simple but the variety of options you have to carry out the robberies is the main attraction of the game. 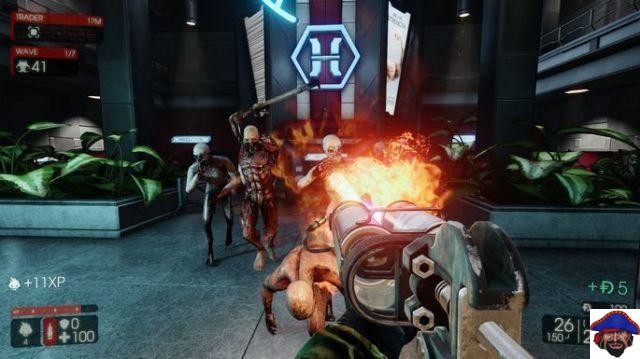 Another co-op FPS, Killing Floor 2 allows up to 6 players to team up in a macabre scenario to survive several hordes of monstrous zombies, each one more difficult than the last. There is also an "Aim Mode" in which players can complete missions and earn in-game cash to perform upgrades and purchase new equipment. 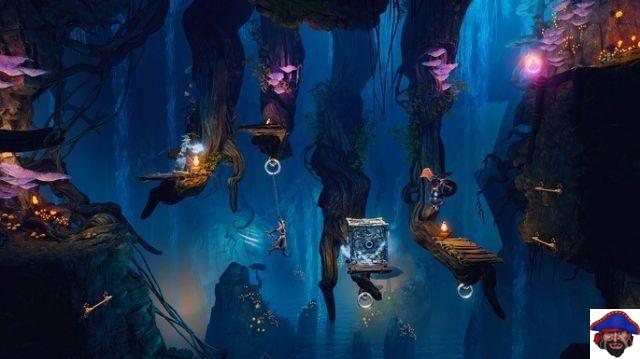 Trine 4 is a 2.5D platform game (which mixes 2D and 3D elements) with a lot of RPG elements. Here, up to 4 players can choose between typical classes of the genre such as warrior, archer and mage, and can join forces to solve puzzles and defeat bosses. The game has a great combat system and very well-built and designed scenarios. 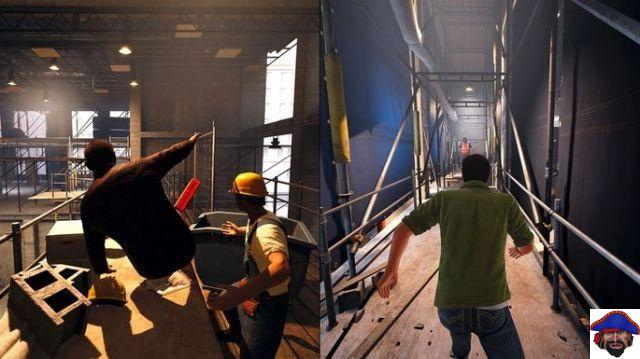 A Way Out is an exclusively cooperative game that tells the story of two characters (Leo and Vincent) as they escape from prison. Each player will take control of one of the characters, so it is not possible to play in single-player. The game is also specifically designed to be played in split-screen, and players must coordinate to clear each level and proceed with the escape.