The 19 Best Free Games for Weak PC on Steam

If you don't have the best computer at the moment and you're looking for new games that run on your machine, you can stop looking. We've put together a list of 19 weak PC games on Steam below, all of which are completely free. It has something for all tastes: fighting, racing, RPG, MOBA, action, etc. Check out! 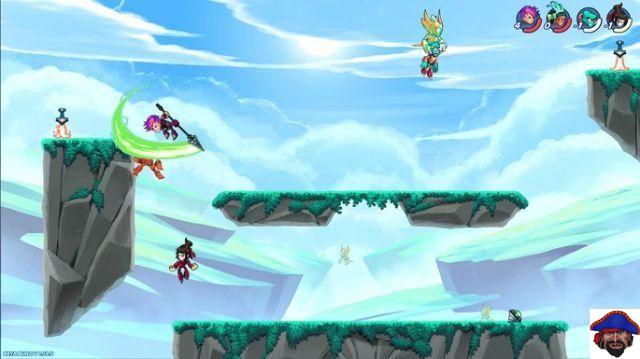 Brawhalla is a very different fighting game than most. The game follows the same style as Super Smash Bros. in that there is no life bar. Instead, the characters become lighter with each hit they take, and the goal is to send the opponent out of the picture and prevent them from coming back.

Brawhalla has more than 40 characters with unique movesets and more will come in updates. The game also has a large number of possible moves and blows, which make battles very dynamic.

Despite the simple graphics and the childlike style of the characters and scenarios, the game is quite complex and requires a lot of coordination, timing and reflexes to hit or survive combos. A great lightweight game for fighting game lovers. 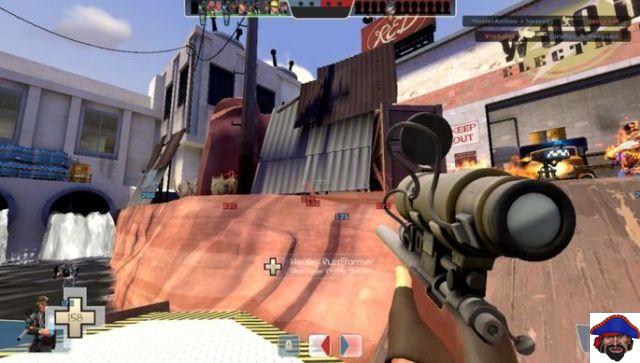 Team Fortress 2 has been described as "Valve's forgotten game", and the expression couldn't be more accurate. Despite being overshadowed by other games of the genre, Team Fortress 2 is an extremely good, fun and original game.

For those who don't know, Team Fortress 2 was the first FPS to implement a class system (Overwatch came later), each with its own characteristics and abilities to contribute on the battlefield. Altogether, there are 9 classes available, and they are all very balanced with each other.

In addition to the unique visual identity and very fun matches, Team Fortress 2 also has a surprisingly large player base, which further highlights the quality of the game. If you're a fan of team shooting games, you won't regret trying this one out! 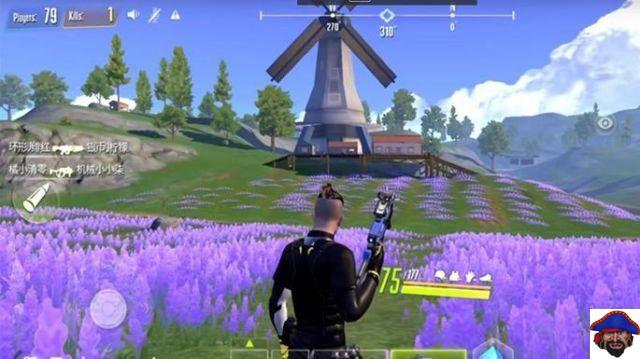 Cyber ​​Hunter is a simpler battle royale than the big names on the market, which makes sense for a free game that runs on a weak PC. With a visual identity and mechanics that mix PUBG with Fortnite, the game bets on a cyberpunk theme in which we can use various technological skills such as camouflage, force fields, etc. 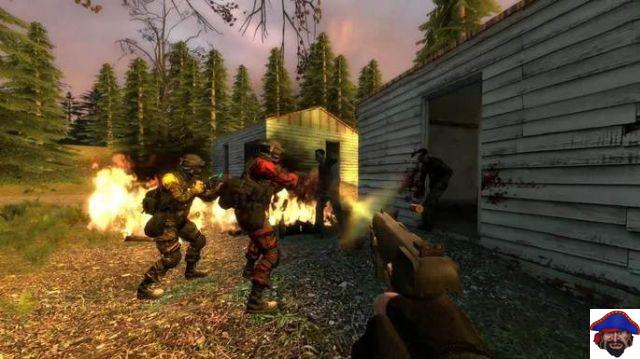 Codename CURE is a purely co-op FPS where 5 players team up to find resources and survive the onslaught of zombies. The gameplay takes place in short missions and with a lot of action, but the survival factor prevails in this dark and very tense game. 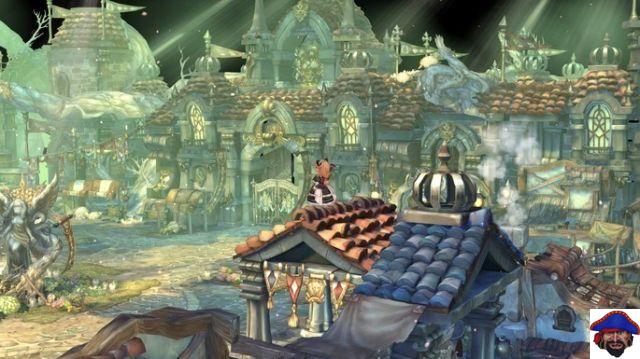 Tree of Savior is an MMORPG very (VERY) similar to Ragnarok, but much more worked and with more content. The graphics follow exactly the same style as Ragnarok, with 2D environments and anime-style characters. Gameplay is also similar, with the mouse being used to move the character while skills are used on the keyboard.

Tree of Savior has an amount of content worthy of World of Warcraft. Altogether there are dozens of classes to be chosen and combined with each other. This combination of characteristics makes it very unlikely that you will find someone with the same build, which already sets the game apart from most of the genre.

As in other MMORPGs, Tree of Savior has numerous quests (main and secondary), dungeons to be explored in groups, numerous loots and equipment. Don't be fooled by the cute look of the game. This is one of those who steal your soul. 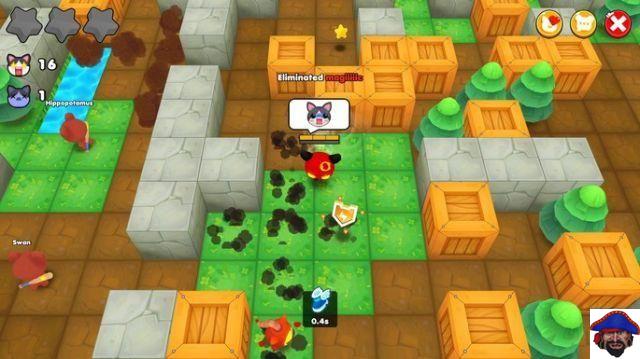 Bombergrounds is basically a Bomberman battle royale version. The game puts 25 players in the same scenario to collect power-ups and blast each other until only one is left. Undoubtedly a very fun and nostalgic game for Bomberman fans. 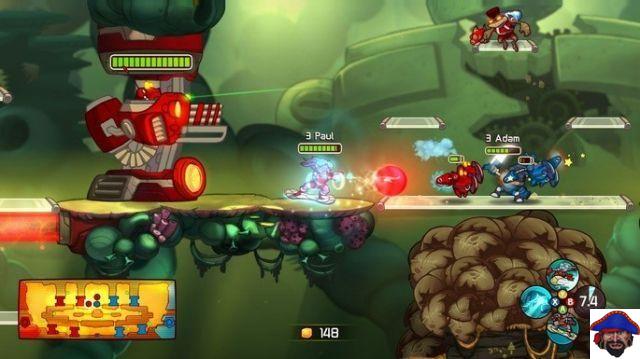 Awesomenauts is a 2D MOBA. That's right. The game managed to translate the basic mechanics of titles like Dota or League of Legends into a 2D platform game and, believe me, it was very successful.

As with any MOBA, Awesome is played as a team. The scenario is divided into lanes (tracks) and the objective is to advance to the enemy base and destroy it. To do this, they mix attack and defense on each of the tracks and try to advance little by little to complete the objective. Along the way there are also computer-controlled minions and turrets that need to be destroyed.

Awesomenauts also has several classes (including tanks, dps and support), several items to be equipped, skins, among other classic elements of the genre. Undoubtedly a very original game. 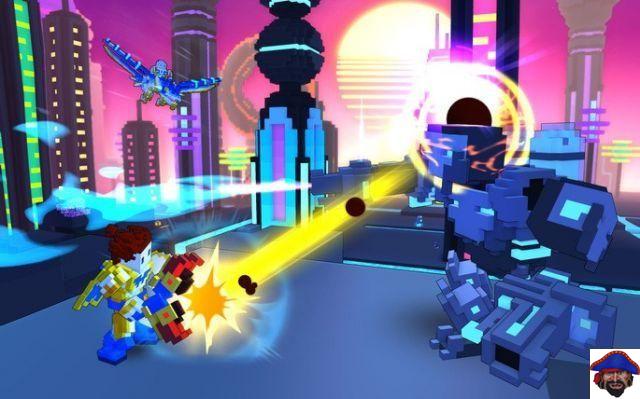 One of the hallmarks of Trove is that the game strongly encourages interaction between players. You will often need to form groups to get the most out of everything the map has to offer, such as dungeons and bosses that are difficult to fight alone. This is the main way to get those luxury items like rare weapons, epic mounts, etc. 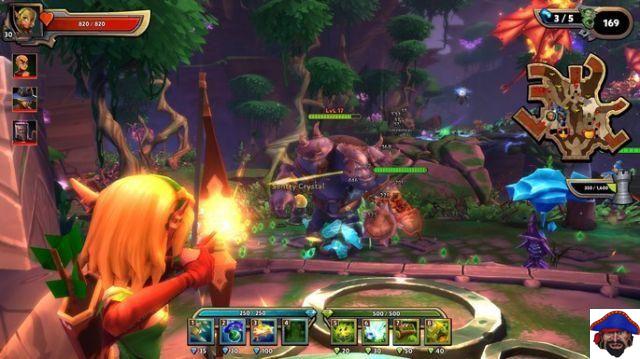 Tower Defense mixed with RPG. That's enough for Dungeon Defenders to have your full attention. The game combined the classic tower defense elements with RPG traits like classes, skills, items, levels, loots and etc. To win, you need to level up your character, adapt the equipment and manage each defense built well.

Each class in the game has its own set of available towers. To build them, you need to farm resources from waves of enemies and then place them in the best position. As the game progresses, you'll need to choose which towers will get upgrades, which items to equip to improve their performance, which characters to use, etc.

Dungeon Defenders 2 also has a level of action above the average of Tower Defense games. The combats are very hectic and even have room for turret combos (such as, for example, a turret throws the enemy into the air so that he is attacked by another anti-aircraft turret). The game also has multiplayer support for up to 4 players in co-op mode. 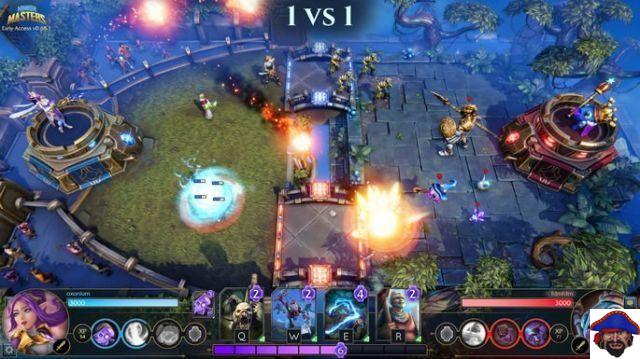 Minion Masters is a strategy game basically the same as the Clash Royale phenomenon. You build your deck and start a 1v1 (or 2v2) match against your opponent's deck. The game involves a lot of strategy and in-depth knowledge of each game unit. To win, it is essential to master all your cards and use them at the right times.

Minion Masters is an “easy to learn, hard to master” game. There is no mystery to the basic mechanics and beginner players will have no problem learning all the necessary commands. However, as stated above, the difficulty of the game lies in learning all the details of each unit and exploring the full potential of your deck. In the course of combats, you will also need to use your mana strategically, unlock skills, counter opponent cards, etc.

The game also has a lot of content to be unlocked with experience gained in matches. Without a doubt, it's an incredible alternative for those who don't want to spend money evolving in Clash Royale. 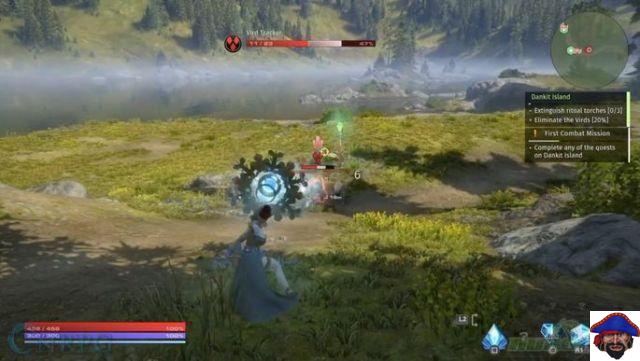 Skyforge is a fantasy MMORPG mixed with sci-fi. The game brings together all the classic elements of the genre such as classes (in total there are 18 different classes), dungeons, loots, bosses, items to equip, etc. In terms of innovation, Skyforge is not very surprising, apart from the fact that your character is a kind of god that can be followed (increasing your base of devotees is one of the game's mechanics).

Skyforge has an interesting combat system very focused on action and very reminiscent of God of War. The movements can form combos that cause many visual effects on the screen. In fact, Skyforge's graphics are worthy of a much heavier game than it really is, with very well-crafted scenarios and characters. 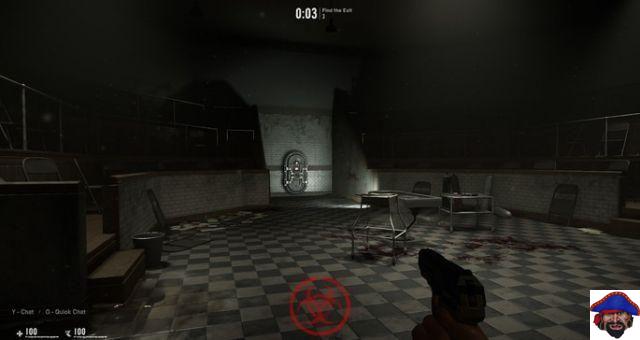 Deceit puts six players in a macabre setting. Two of them are actually infected monsters and aiming to eliminate the others. Healthy players must identify who the bad guys are and survive. There's no way to choose which side you'll be on when the match starts.

The game takes place in 1st person, FPS style. Each player starts with a pistol and a knife, and more equipment can be found on the map. Playing as an innocent, you must survive long enough to find the way out. The infected player will have to wait for the right moment to make his victims so that no one knows it was you.

Deceit is an extremely fun game that requires teamwork, instincts and a lot of attention. As the name of the game suggests, everything in the setting will trick you into paranoia setting in and tension rising. 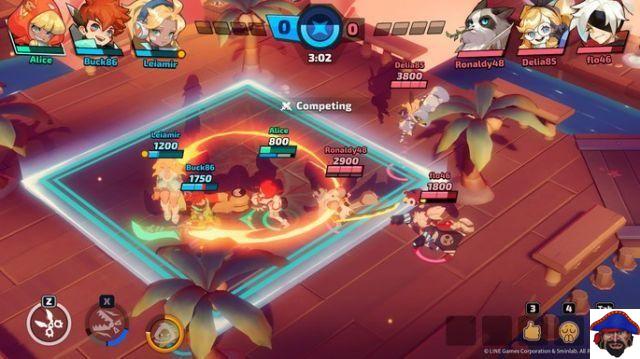 Smash Legends is a fighting game where players can team up in groups of three to fight at the same time. Some mechanics are very reminiscent of games in the Super Smash Bros franchise, as it is possible to defeat opponents by removing them from the scenario and preventing them from returning. The game's gameplay is extremely simple and fun, and the matches last a maximum of 3 minutes, so the action is frenetic. 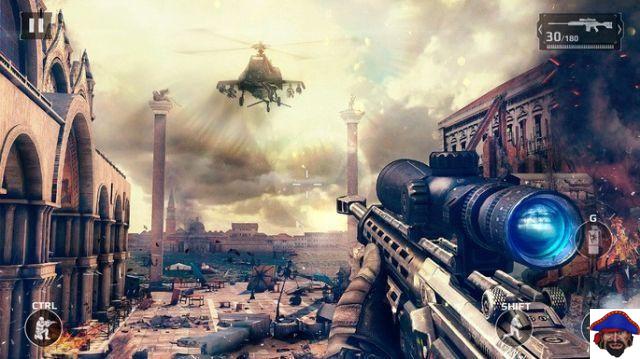 Modern Combat 5 is a typical FPS with everything you're entitled to. The game has several online modes, mostly competitive and some cooperative, but it also has a great solo campaign.

classic with a great single-player campaign and 7 multiplayer modes divided into cooperative or PVP. The game doesn't innovate much in any aspect, but it delivers a great experience for fans of the genre, with a lot of action and a moderate difficulty level. 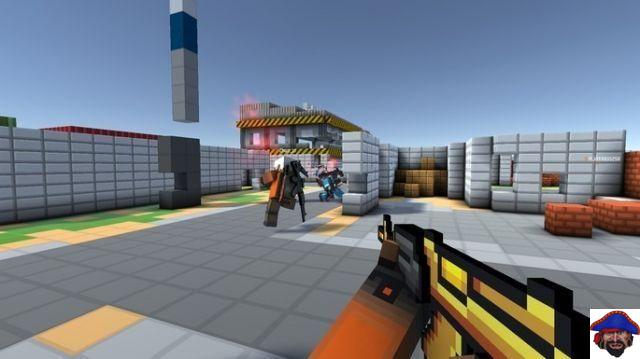 Blockspot is an FPS with minimalist graphics that offers a more "modest" action, but still a lot of fun. The game follows a style similar to the hit Krunker.io and delivers very fast-paced and frantic matches, with more than 20 more, several modes and more than 100 customizable weapons. The game is aimed at those who are looking for a light shooting game that doesn't need to commit for more than half an hour in each match. 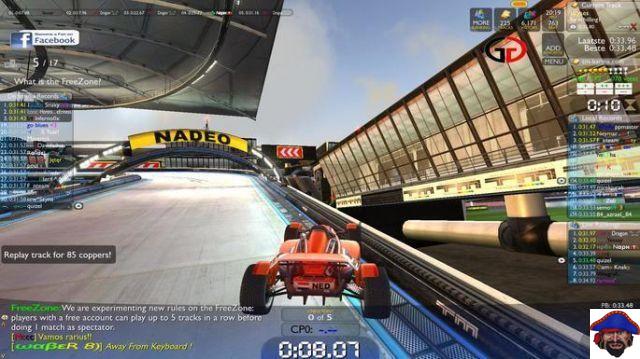 Trackmania Nations Forever is for racing game lovers. The game is part of a franchise so popular that it even entered the Guinness World Records due to the millions of registered players and the amount of content available.

Trackmania Nations Forever couldn't be simpler. The only controls are the directional keys to move the car and some keys to set the camera's perspective. The fun of the game is really in the electrifying courses that you have to complete at absurdly high speeds, which will certainly demand your maximum attention. You can also build your own track using a course editor.

The game is also very ranking oriented. The best times on each course are recorded in a world ranking where players try to outperform their competitors or just improve their own times. 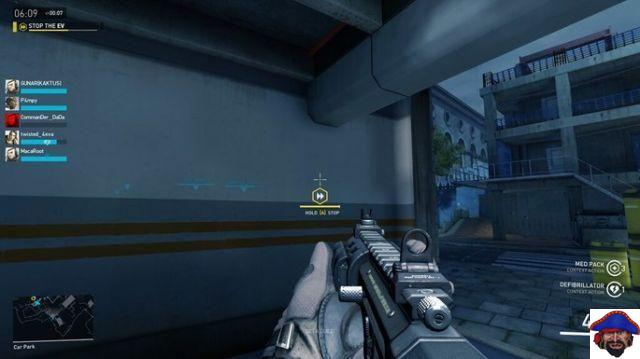 Dirty Bomb is an FPS aimed more at "hardcore" players, as the difficulty level is above average. Although it has a good solo campaign, the game's greatest grace is the multiplayer that has more than 20 characters with their own abilities and characteristics. The game also receives a lot of attention from developers and is constantly updated with content and events. 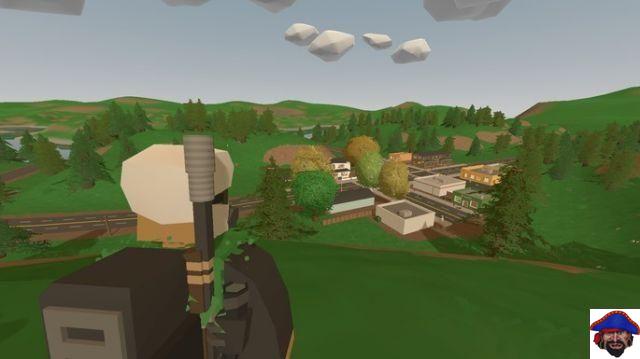 Unturned is yet another zombie-themed survival game. The graphics are extremely simple, but the game's content is massive, as is its open world. The game also has several multiplayer modes, including a very fun battle royale. 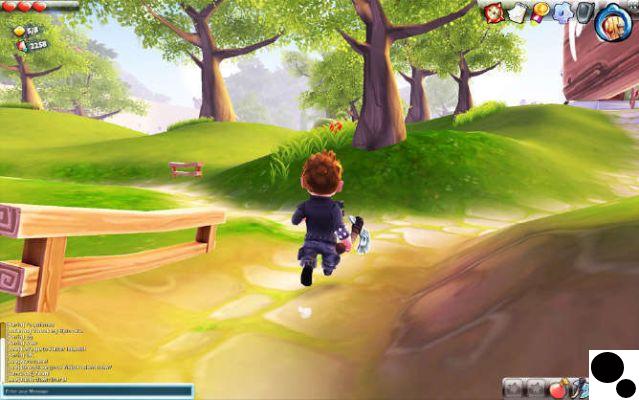 MilMo is a slightly childish adventure game, with a visual identity reminiscent of Animal Crossing. The game has a strong focus on player interaction, character customization, and home decor. Undoubtedly a great option for those who want an easy and relaxing game.