The 18 best GBA games you need to play right now!

Anyone who has owned a Game Boy Advance knows the joy of having a quality handheld console. Among all those released by Nintendo, this was perhaps the most striking. That's why we're going to list the best GBA games here to stir up your nostalgia and longing! 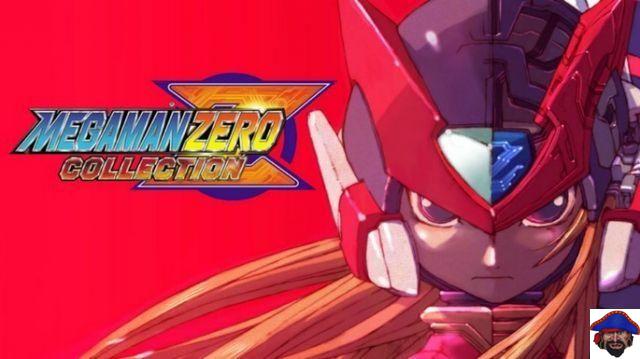 Megaman Zero takes place a century after the end of Megaman X. Here you control Zero, who has been awakened after years of sleeping. The game continues in that 2D platform style, in which the objective is to reach the end of the levels and face a Boss. Each Boss has a pattern, which needs to be discovered so that it can be defeated more easily.

The game is challenging, intense and made players have to die several times to get through the stages. Something nice about this game is that each level is located in an area, and this area can be explored freely. It's almost an open world concept, but that was removed in later Zero series games. 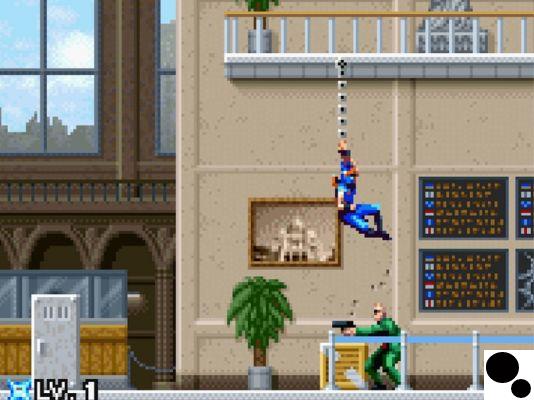 Ninja Five-O is a mix of several games. You'll find elements of Megaman himself in it, as well as obvious inspirations from Ninja Gaiden and Revenge of Shinobi. The idea is to destroy a criminal organization that is under the influence of magical masks.

The whole game has 6 missions with 3 stages each. It follows the mold of a platform action title, with 2D graphics. It wasn't very successful in the West, but it's a super cult title in Japan. It's worth playing if you can get your hands on it! 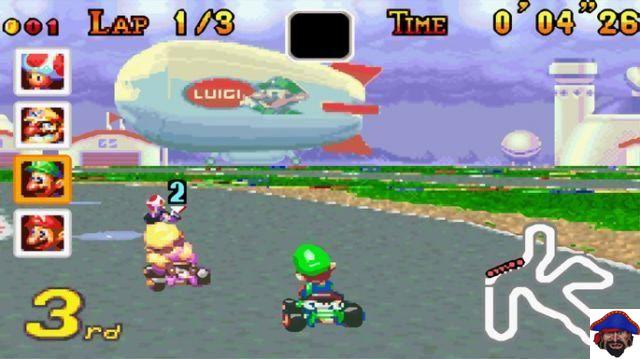 No Nintendo console, whether portable or desktop, exists without a Mario Kart. Super Circuit takes elements from the N64 games and improves on everything the SNES titles have come up with. It caused a stir at the time for being the first in the series to come out for a portable, having been an absurd success.

Basically it brought everything that Mario racing games already had: special powers, insane curves and all the classic characters from the Italian plumber's universe.

See what we think of Mario Kart Tour 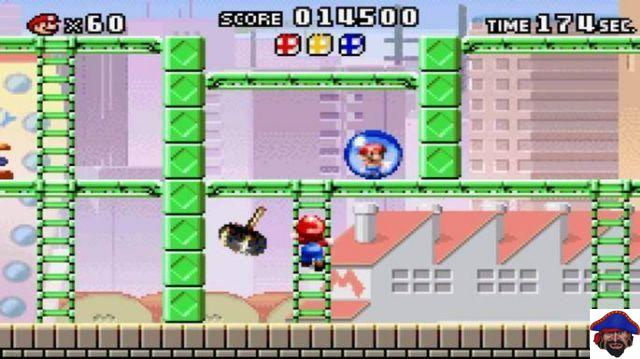 Anyone who played the first Donkey Kong games back in the arcades will remember that their enemy was Mario. In this new edition of the confrontation between the gorilla and the plumber, we have a new reason to fight: Donkey steals toys from Mario's factory, and now Mario needs to prevent this from happening, retrieving his toys.

The game is super fun, with refined mechanics. Controls are easy and fit the Game Boy Advance perfectly. 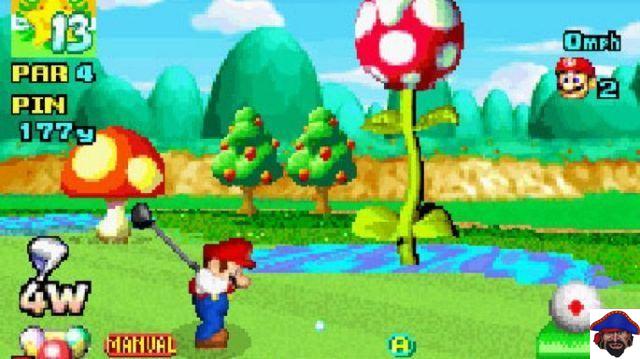 Advance Tour is the continuation of the Game Boy Color's Mario Golf. Some cool elements have been added over the previous version. The main thing was the possibility to level up, something kind of RPG and that gave a bigger life to the game. Collecting items and improving the avatar was highly praised by players.

The graphics aren't that great, even for the Game Boy Advance. But nothing that spoils the overall experience! Trying to hit the shots in the holes could yield good hours of fun. 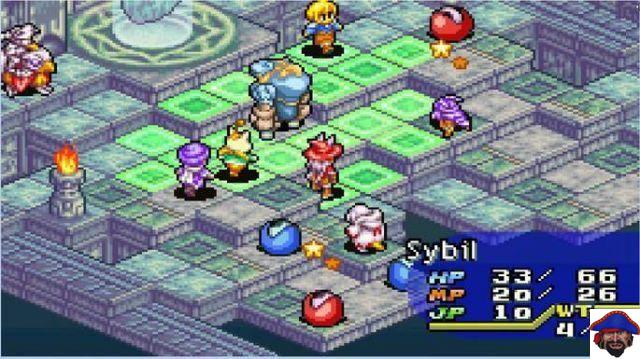 RPG fans need to play Final Fantasy Tactics at least once in their lives. It is one of the spin-off games in the series that most enchanted gamers on the Game Boy Advance. Mainly because the game had judges and laws. This prevented some characters from using certain moves on certain days.


In this sense, each day and each battle required different strategies from the players to defeat the enemies! In addition, all the other classic elements of the franchise, such as the deep narrative, were there. 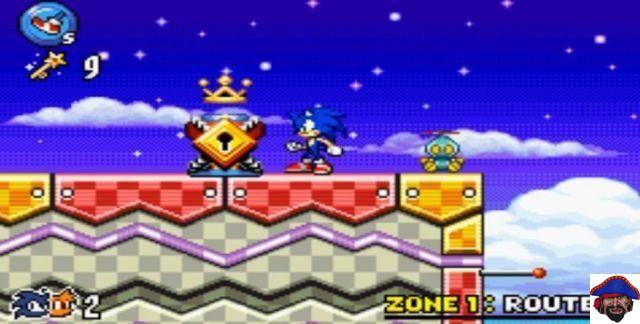 Sonic Advance 3 is another successful edition of the world's fastest hedgehog. The game features the same gameplay system, focused on stages, with a 2D look, on a platform. This title has 8 stages, each with a Boss.

Perhaps the biggest feature of Sonic Advance 3 is the fact that you play with duos. You can choose your pairs at the beginning of the level, with some being more recommended than others for each stage. 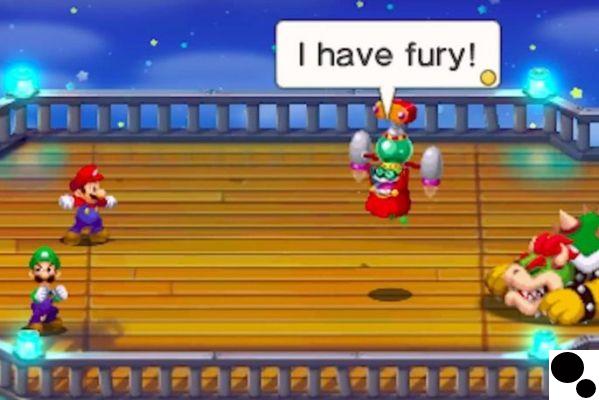 A very funny little game that puts the brothers Mario and Luigi together. In this adventure, the villain is not Bowser, oddly enough. For a while he even joins the two. Here you face Cackletta, who stole Princess Peach's voice. Her mission is to retrieve it and return it to the Princess.

The game brings high doses of humor, even referring to the fact that no one remembers Luigi's name. The game is an action-packed RPG.

10. Kirby and The Amazing Mirror 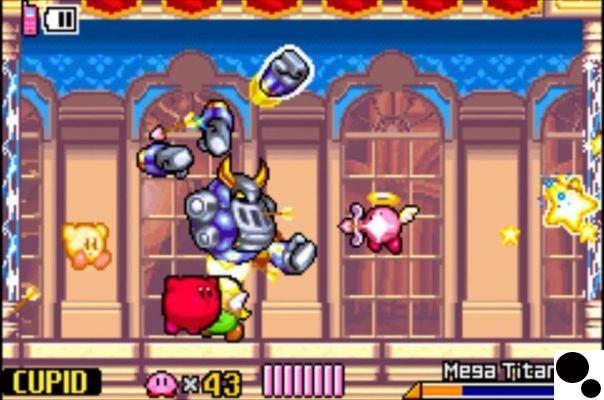 Kirby and The Amazing Mirror follows the hero as he seeks to unite the 8 pieces of his brother, Meta Knight. He was defeated by his Dark version, who also cut Kirby, but in 4 pieces. Now the real Kirby and his 3-piece helpers must find his brother's pieces and defeat the Dark Meta Knight. 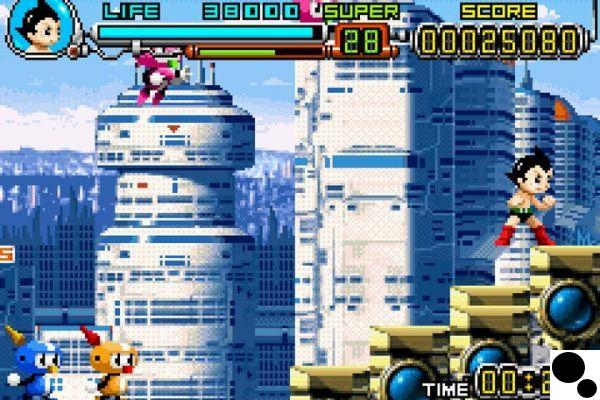 Astro Boy: Omega Factor is so good it's in the book 1001 Games You Must Play Before You Die. It's a beat n' up, which takes place in stages and stages full of enemies. Astro Boy uses kicks, punches and lightning to eliminate opponents. The character still flies using a rocket power.

This is a title very dedicated to fans of the franchise. Constantly references famous characters. Even every non-playable personaem Astro Boy encounters gives extra points. These points improve the avatar's status, allowing it to find secret stages throughout the game. 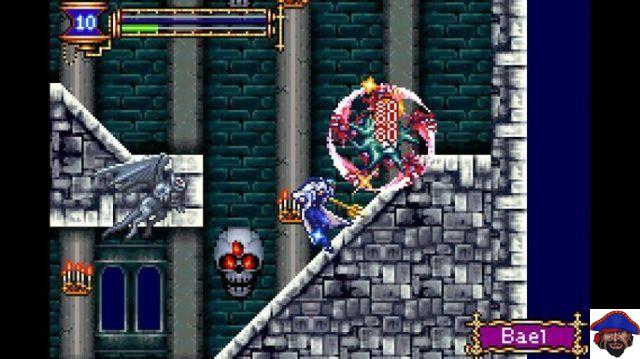 Castlevania: Aria of Sorrow isn't as cool as Symphony of The Night, but it's still great! The third-person perspective in a 2D setting brings that nostalgic feeling from the first games in the franchise. We follow the Belmont clan's fight against Count Dracula.

The story is futuristic, set in 2035, which doesn't eliminate the medieval and dark aspect of the game. Here we do not control Alucard, but Soma Cruz, a Japanese student who dominates the souls of enemies and uses it in his favor. The tactical soul power was one of the most praised additions to the game. 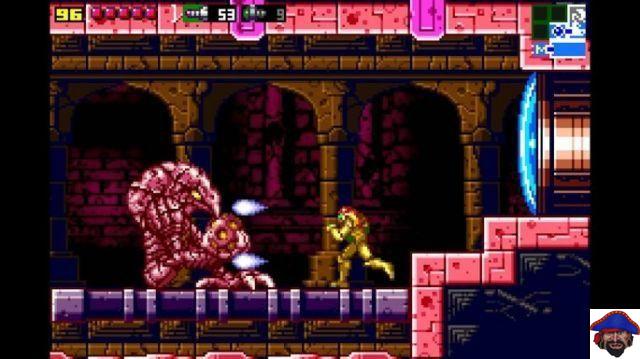 Nintendo is not Nintendo without Metroid. Zero Mission brings the player back in control of Samus Aran, on the planet Zebes. Your mission is to hunt pirates in environments that are connected by elevators and doors. The game is side scrolling and 2D, keeping the main gameplay aspect.

This is the only game in the series until its release that allows players to control Samus without her robotic outfit. But when you are with her, you can learn several skills throughout the evolution of the game.

6. Legend of Zelda: The Minish Cap 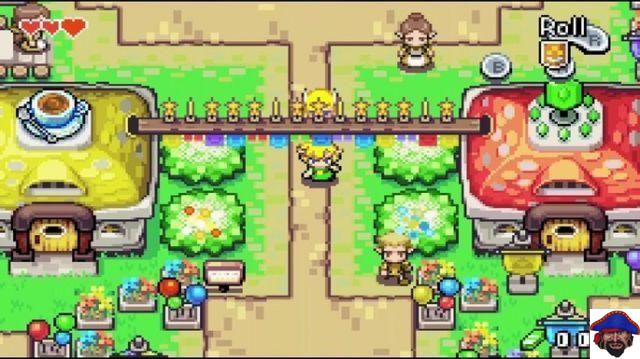 Once again Zelda is in danger and it's up to Link to save her. The Princess was petrified, forcing the hero to leave for new worlds in search of defeating the villain. Basically it's the same as always, but now Link has a hat, the Minish Cap, which makes him small and can cross previously inaccessible places.

The game makes several references to games like Four Swords, including bringing the villain Vaati, who is also an antagonist in this edition. 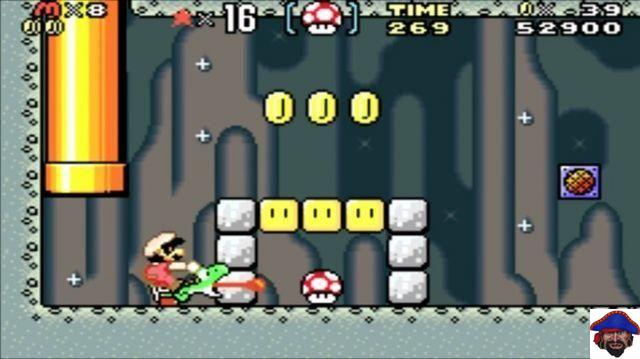 This is the same Super Mario World from the SNES. The Game Boy Advance version brought all the good stuff from that classic, allowing you to control Mario or Luigi. Yoshi is also present, and all levels and worlds to explore, such as the world of stars, return.

In fact, there are 9 worlds and 96 existing exits. The game is huge and features super challenging levels. If you didn't beat the game on the Super NES, maybe it's your time to do so! 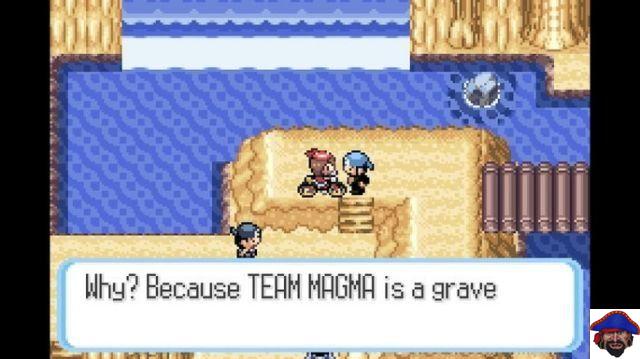 We already started the list with an unquestionable classic. Both Ruby and Sapphire were staples of the Pokémon franchise and two of the best titles for the GBA. Nintendo usually releases a new generation of monsters with each new handheld, and the Game Boy Advance was no different.

The game added 135 new Pokémon for a total of 386. The Hoenn region is huge and has many cool cities to explore. It is the first game not to feature Team Rocket, but rather two new groups: Team Magma and Team Aqua.

Top 10 Pokemon games on all platforms! 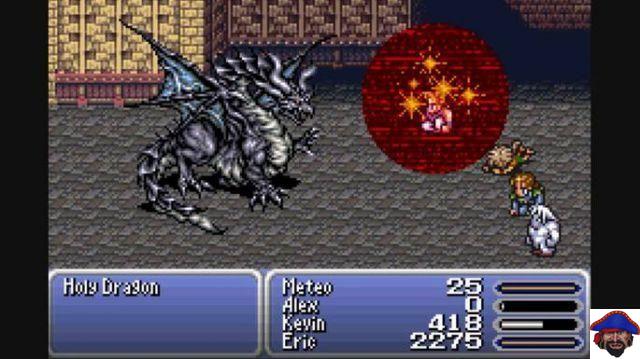 Final Fantasy VI was so successful on the SNES that it was ported to the GBA. The game received good additions to the original edition, such as four new Spheres, new weapons, and new environments to explore. Who has never played, needs it! Of all the titles in the franchise, it is without a doubt the one that has one of the most complex stories.

FFVI is super political. It takes place in a period equivalent to the Second Industrial Revolution, showing a group of rebels who seek to destroy an imperialist dictatorship. It is a full plate for those who like this type of theme.

2. The Legend of Zelda: A Link to The Past 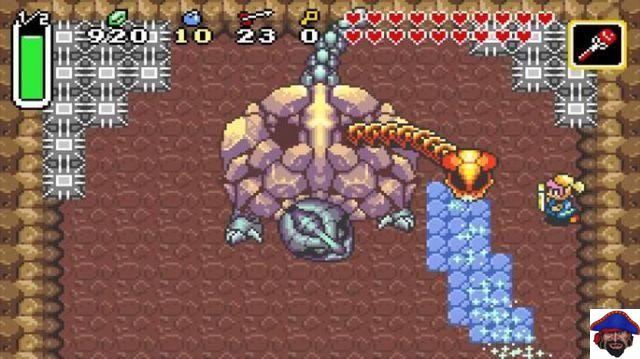 The Legend of Zelda: A Link to The Past is one of the most celebrated titles in the franchise. It's been on the SNES, the GBA and now it's on the Switch. The Game Boy Advance version is one of the best. The storyline serves as a prequel to other games in the series, revealing aspects of Zelda's and Link's ancestry.

The gameplay places the player between two parallel worlds, something that would become a hallmark of Zelda. Combat mechanics have been improved, allowing Link to attack not only forwards, but also to the sides. 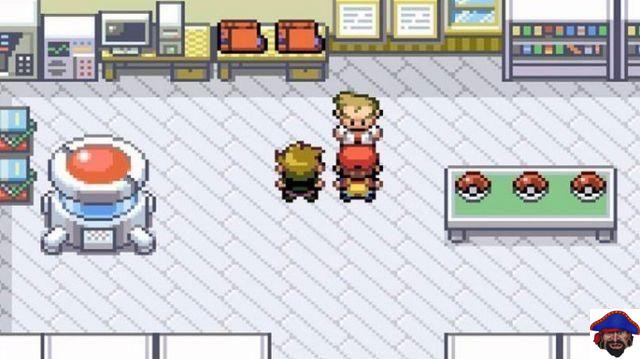 These games deserve the top spot for several reasons. First, because they are remakes of the first editions of Pokémon already released, Red and Green. They greatly improved the visual aspect, without taking away all the good that the story and gameplay of the first titles brought.

You can now choose your character's gender, as well as being able to visit a new region after the Pokémon League. The Savii Islands have Johto Pokémon, plus a new quest.

add a comment of The 18 best GBA games you need to play right now!