The 15 best Rise of Kingdoms Commanders and their talents!

Rise of Kingdoms is a complex game in which, in addition to managing the attack and defense of your troops, you need to know in depth the characteristics of each Commander. With dozens of options available, it can be difficult to know which famous leaders to invest your time in for the best results. With that in mind, we've put together a list of the top 15 Rise of Kingdoms Commanders, along with their best talent builds, below. Check out! 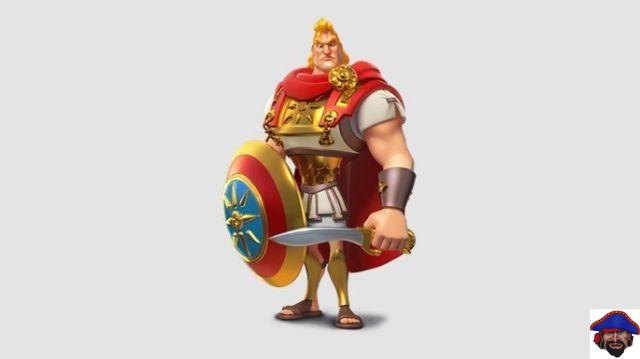 One of the best Commanders in the game right now, Alexadre the Great has a very effective talent tree that translates visibly into battle. He is not, however, a "balanced" Commander, so don't waste time putting points in the Versatility tree. Most yellow talents are meant for defense, so leave them alone and just maximize your strengths.

Best talents for Alexander the Great 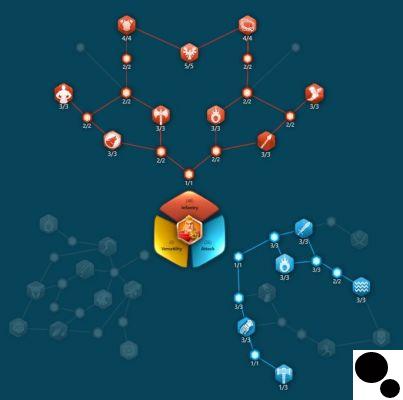 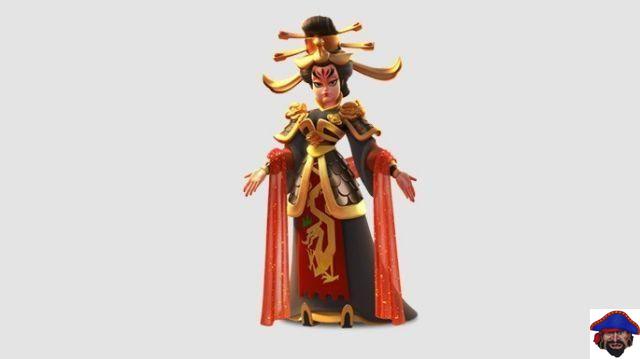 Wu Zetian has been gaining a lot of attention for being the best Garrison defender in the game by far. Her excellence in this role makes her much more limited in other roles, but she still performs well in other defenses. However, don't invent fashion: put it up defending Garrison and that's it! 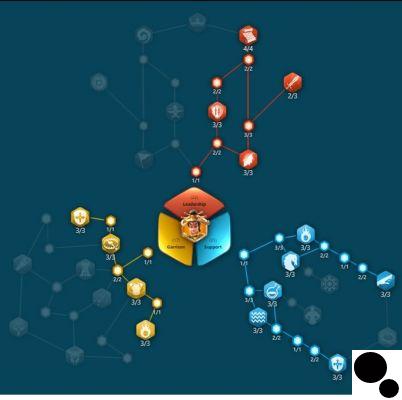 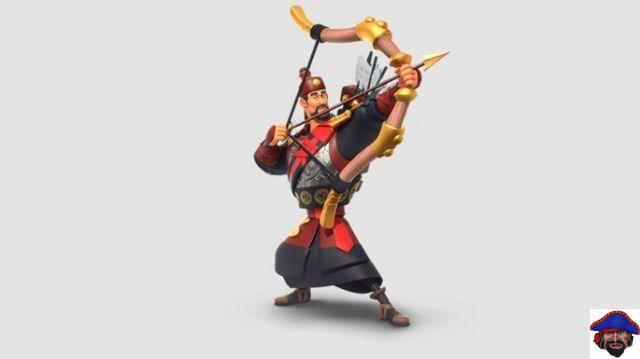 Among the best Commanders in the game, Yi Seong-Gye is one of the most versatile, as you can use him both in city defense and in rallies with armies of archers. Area damage is one of this Commander's main tools. Combine it with El Cid (with the 4th skill) as a secondary Commander to have an army that does even more AoE damage. 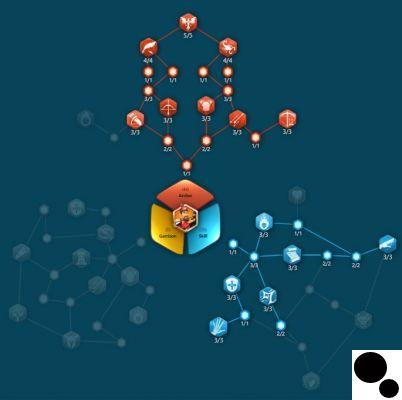 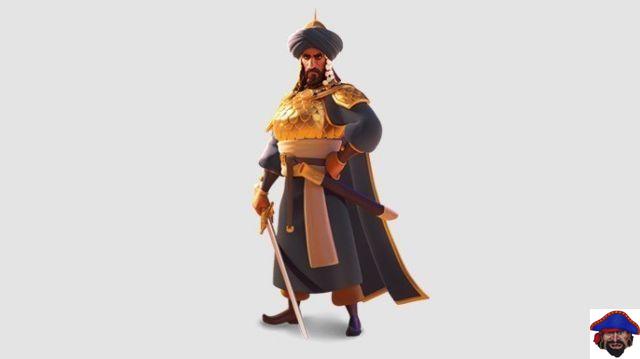 Saladin is a Commander with a very useful skill set. His main role in the current metagame is to counter Richard I users on defense (which there are many), as he can greatly decrease the effectiveness of enemy healing. In addition, Saladin has very effective debuffs for both open field and rallies. 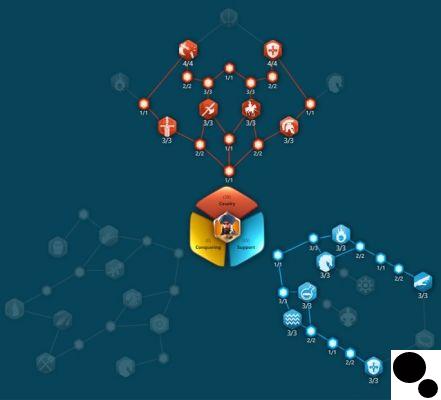 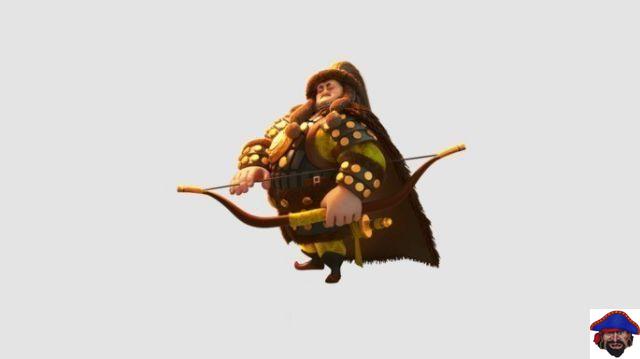 Ghengis Khan has the lowest Rage Requirement (950) and a very high direct damage factor. Also, Khan has one of the most interesting skills in the game (Best of All), which grants a 30% chance that a skill can be instantly reused. These factors make this Commander a very destructive option in the open and in rallies. 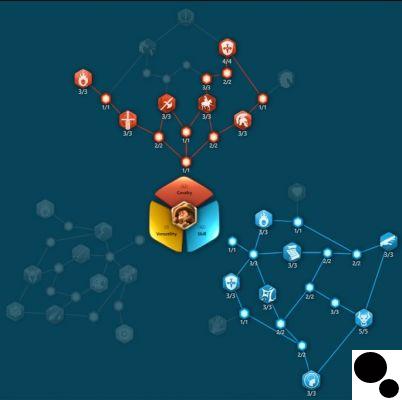 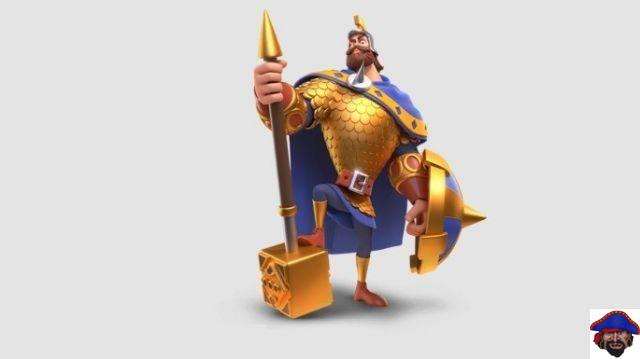 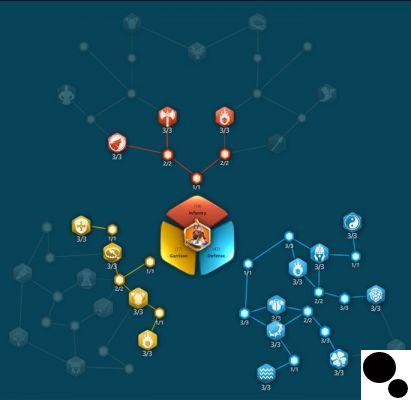 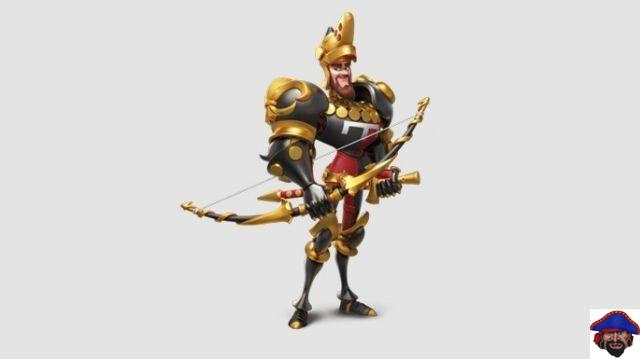 Even with a high Rage Requirement, Edward of Woodstock is extremely effective against infantry units, in addition to having great synergy with several other Commanders in the game due to his damage bonus ability. Due to the high cost of his first skill, the best build for Eduardo is focused on Rage regeneration.

Best talents for Edward of Woodstock 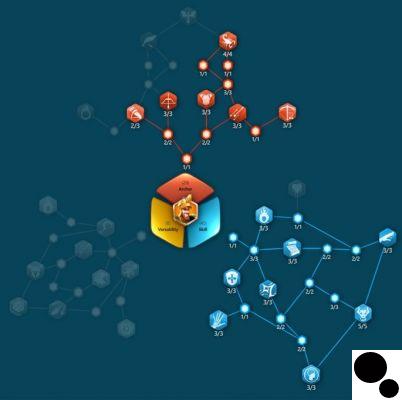 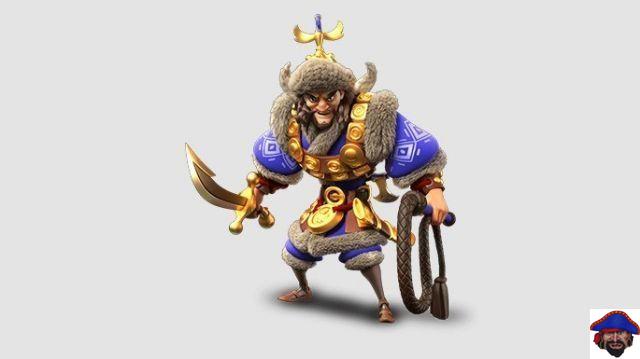 One of the best Commanders for any type of Rally in the game. Atilla has several offensive abilities that can cause very interesting debuffs on enemy units and buildings, making him gain a lot of prominence in the meta, especially as a counter to Wu Zetian. The combination of Atilla and Takeda is currently considered the best combo in the game. 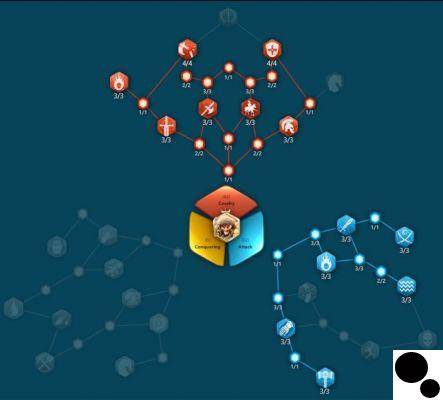 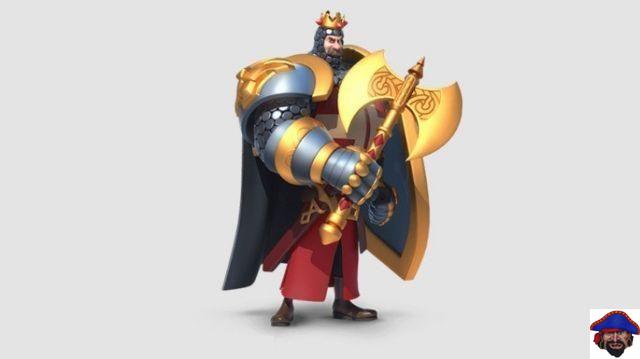 Top talents for Richard I 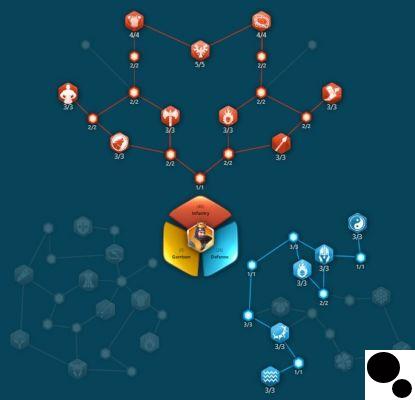 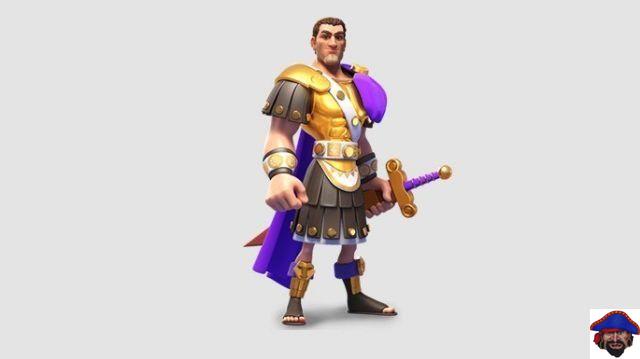 Constantino is one of the best tanks in the game. All of his abilities involve defense bonuses, health boosts or even healing for your units or Garrisons. Constantino can also be combined with Carlos Martel to form a great defensive team that will make the fights last much longer in his favor.

Best talents for Constantine I 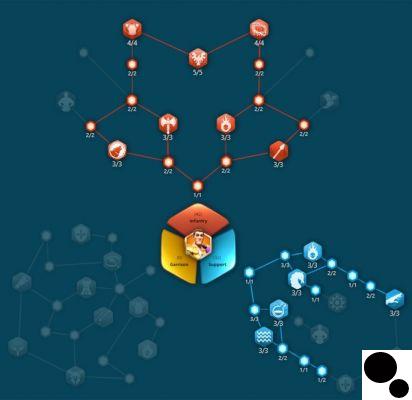 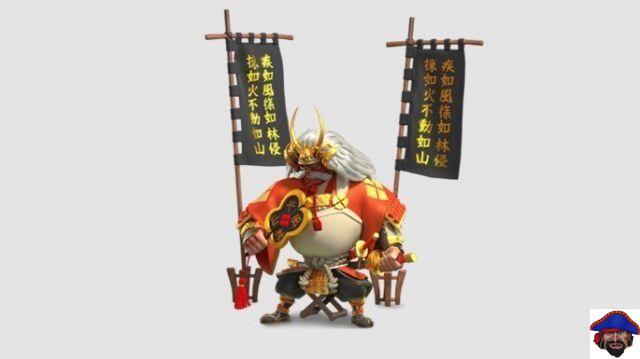 Takeda Shigen might not seem like a good Commander at first, but his role in the current metagame is primarily to counter Wu Zetian's defense, and that Takeda does like few others. In addition, the Commander is quite versatile in its usefulness, as his abilities have varied effects such as march speed, healing, damage and debuffs. As already stated above, the combination of Atilla and Takeda is currently considered the best combo in the game. 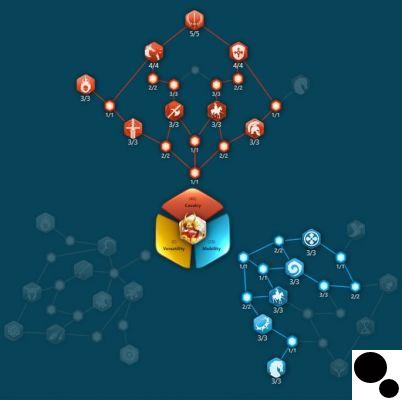 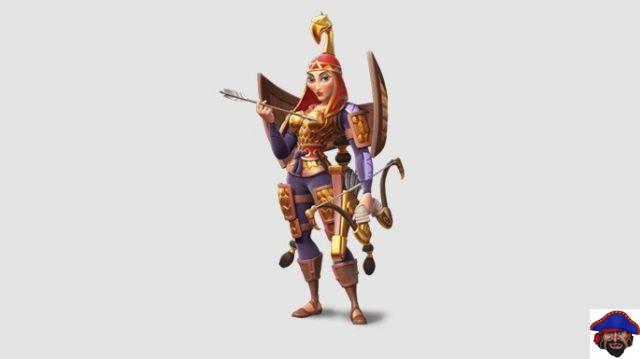 One of the most recent Commanders, Tomyris has already gained prominence in the game with her very high damage capacity. Its main feature is its poison, which when accumulated on a single target, causes destructive damage. Her archer buffs and defense debuffs make this Commander a true threat in the open. Combine her with Edward of Woodstock to deal insane levels of damage. 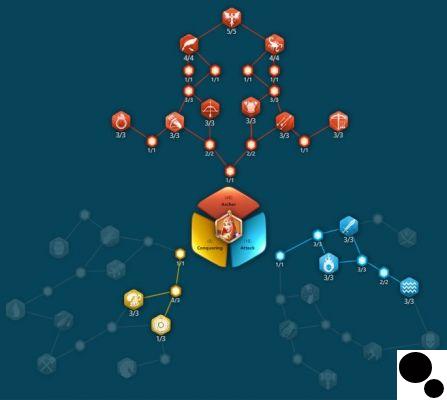 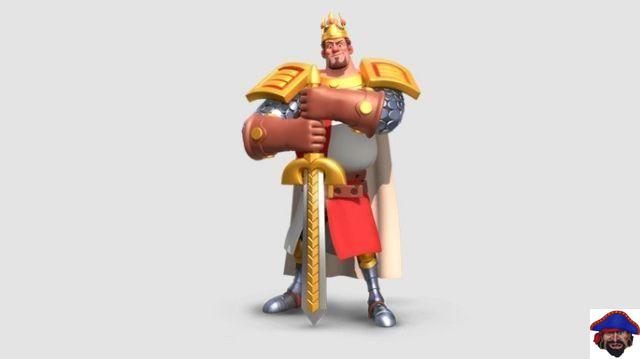 El Cid is one of the weirdest Commanders in the game. His "El Cid's Poem" skill is extremely strong but only has a 10% chance to work and his "Out of Control" skill is also very effective but takes a long time to unlock. Without those two conditions, this Commander isn't much. With both, El Cid deserves its spot on this list.

A good way to give El Cid more "consistency" is to combine him with Hermann. This combo only requires El Cid's first skill to form a 3 second chain of silence, long enough for you to take advantage. 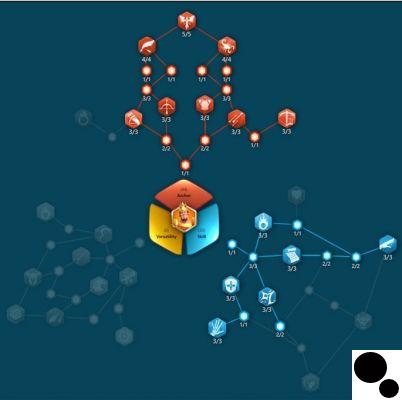 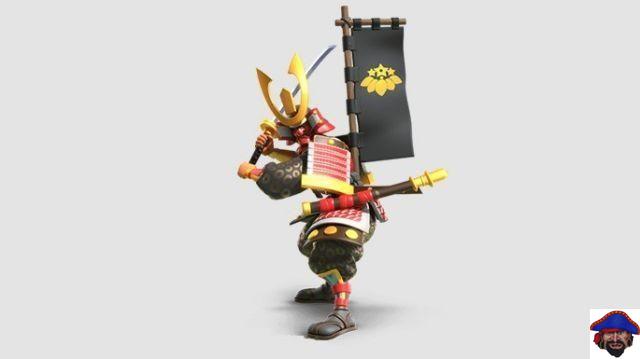 By far the easiest and cheapest Legendary Commander to unlock. Minamoto no Yoshitsune is one of the main nukers in the game, as all of his abilities deal direct damage or grant damage buffs. Combine Minamoto with Hannibal Barca to get one of the most violent combinations in the game.

Best talents for Minamoto no Yoshitsune 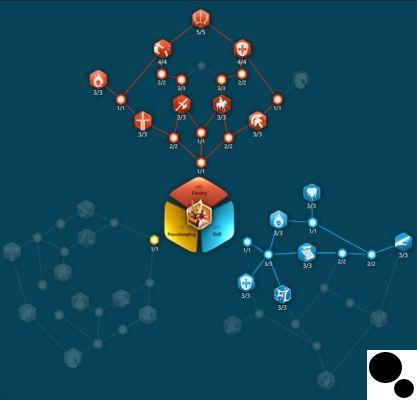 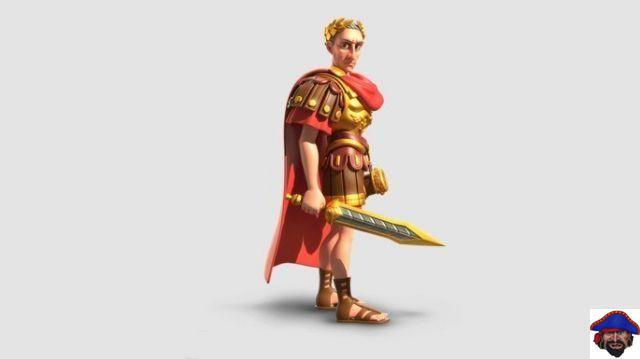 Julius Caesar is, above all, a safe option to level up. This Commander doesn't have any major weaknesses and is decent in almost every role. His skills are also very balanced in terms of attack and defense and perhaps his only differentiator is the skill that increases Troop Capacity. 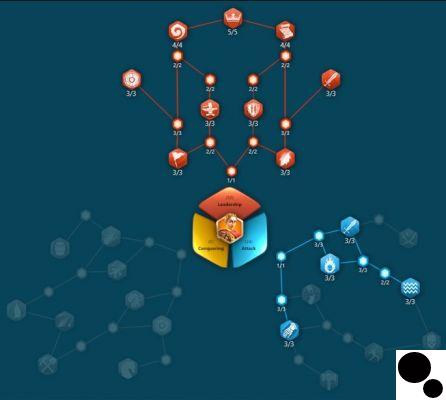 Also check out the best tips to improve in Rise of Kingdoms!

add a comment of The 15 best Rise of Kingdoms Commanders and their talents!