The 15 best racing games to speed up on PC!

Find out which are the 15 best PC racing games you need to play! They are quite different games from each other and offer fun at all levels. Realism, graphics and on-track simulation are what these titles have in common and are sure to awaken the driver in you! 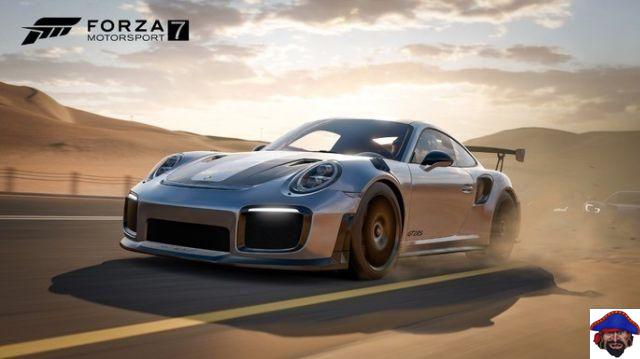 Forza Motorsport 7 deserves the top spot for several reasons. The main one without a doubt is the graphics. Visually speaking few games of the genre compare to it. The realism of the vehicles is absurd. Every detail of the real cars is there in its virtual counterpart.

On top of that, the unique roar of each engine is music to the ears. If you have a powerful PC, for example, forget it: the show will get even bigger! It's like stepping into a cockpit and feeling like a real pilot.

Other than that the whole game is worth it. Lots of tracks, lots of cars and multiple game modes for all types of racers! 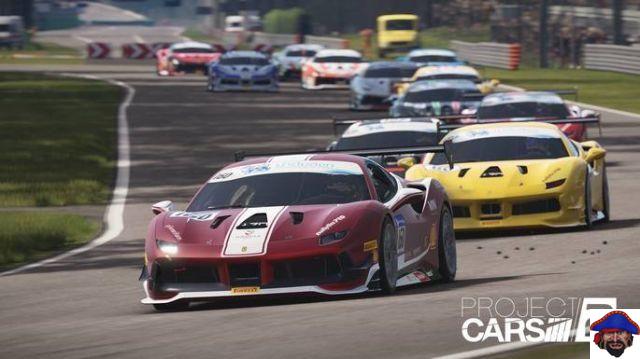 Project CARS 2 is, like the first title, made by fans for motorsport fans. It is one of the most complete games in terms of simulation. Everything (or almost everything) that a pilot can face in his career you will find in this game.

The best part is that you are not required to follow a campaign in a linear fashion. Of course you can start with Kart as an amateur and evolve step by step. But you can also go straight to categories like IndyCar or F1, as well as Tourism and other options like Endurance.

This is the closest game to realism you'll get on PC in terms of a racing driver's career. Apart from that the controls are not easy, causing MANY accidents until you get the hang of it. There are those who believe that with a steering wheel it is easier. But no, it doesn't... 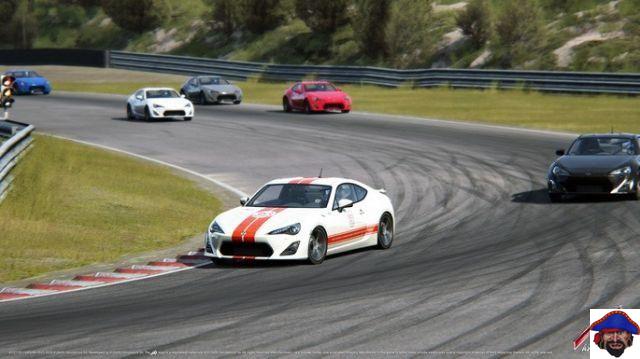 After Project CARS 2, Assetto Corsa is the most realistic racing simulator you can have on PC. And when we say real, we mean it's not for every player. It takes a high mastery of commands, whether on the steering wheel or on the joystick. It's not exactly a casual game and it's not for amateurs.

It begins that in addition to physics that are quite faithful to reality, such as braking and skidding if you can't drive the car at high speed, there is the car's configuration. Each car needs to be configured according to what the model can do in the race.

In other words, you'll have to be a real connoisseur of racing cars to do well in this game. That's why Assetto Corsa is one of the most complex racing games out there. 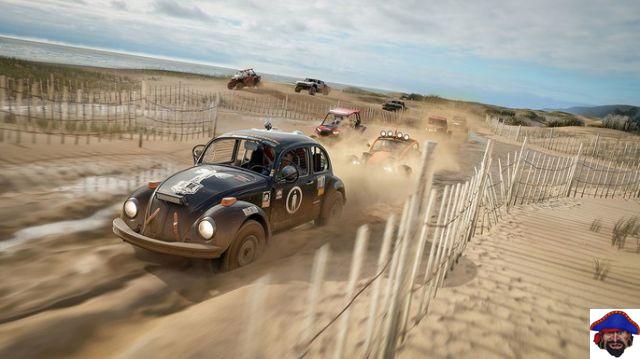 Featured: requires little experience from the player in the genre

Forza Horizon 4 is a lighter version of the Forza franchise. It doesn't require much experience controlling virtual cars, much less buying a steering wheel. It's sitting in the chair, configuring the keyboard and mouse buttons and accelerating. No rush, calmly, just having fun.


This game is an open world racing game with MANY missions and competitions for you to enter. You can spend hours in campaign mode, and, of course, you can have fun online or locally with all your runner friends. 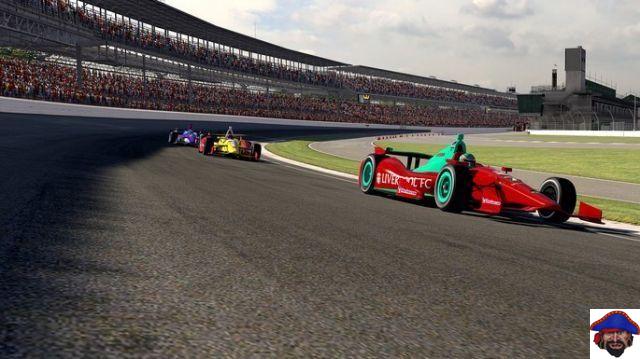 iRacing is a mixture of a realistic racing simulator with a simpler game, similar to Project CARS 2. Its great differential is that it works through monthly subscriptions. There are 3, and the most basic gives the right to 10 cars and 7 tracks. Little, but it's a start.

With the most complete version you have access to everything the game offers. He has partnerships with NASCAR, Williams F1 and several famous automakers such as Toyota.

The progression system is what is interesting, forcing the player to evolve through licenses. Soon, you'll have to be good at driving to pass the game's tests! 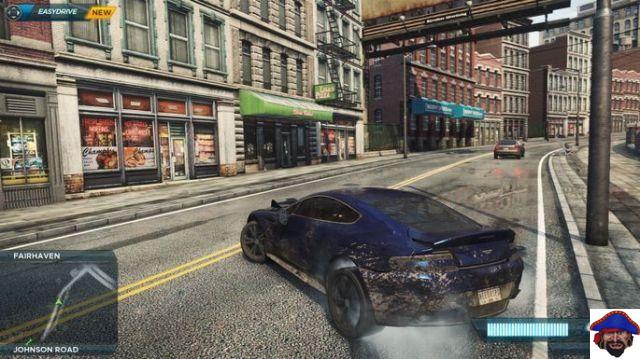 Featured: brings police chases and is a perfect racing game for drifting

The Most Wanted series is considered by almost most players to be the best in Need for Speed. The first (and best) version was released in 2005, but is no longer available. A 2022 "remake" arrived with a slightly different proposal, but one that was relatively well received by critics.

The game features a large open world where you can participate in different events. Including running away from the cops, something characteristic of the series. There are more than 50 cars, which can be obtained by carrying out missions in the campaign, in online multiplayer or by purchasing.


Despite not being the same success as the 2005 version, it deserves to be highlighted for being quite competent and for having very realistic graphics and cars for the time. 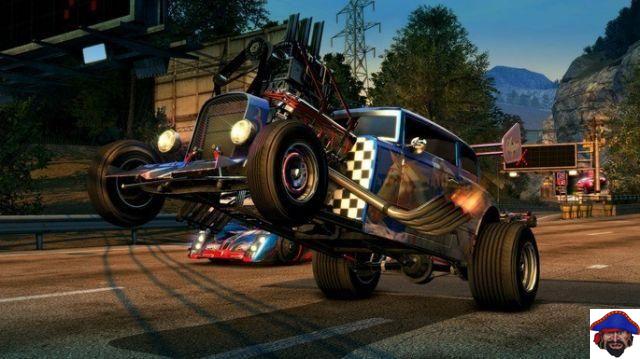 Burnout Paradise Remastered brings all the DLCs from the PS3 version, in addition to very cool graphical enhancements. The game has a fantastic open world where pilots can choose what to do and when to do it. They can participate in races, destroy objects or simply wander around the map.

The BPR online mode is another good highlight. There are several race formats, as well as more than 100 challenges that you can complete to try to climb a driver ranking. A game that is certainly essential for anyone who wants freedom, fun and a good choice of cars to roam around the city. 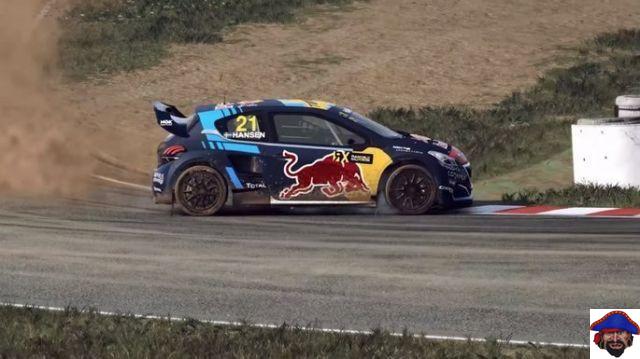 Featured: one of the best rally games

This one is specifically for Rally lovers. Anyone who likes the sport knows that driving cars through mud, through bumpy and even mountainous stretches is not easy. And all this difficulty was transposed to Dirt Rally 2.0.

In that sense it is not a game for any pilot. But of course the game has a good help system, which teaches novice players how to navigate the muddy tracks. It's worth a lot, but especially for fans of this specific type of race. 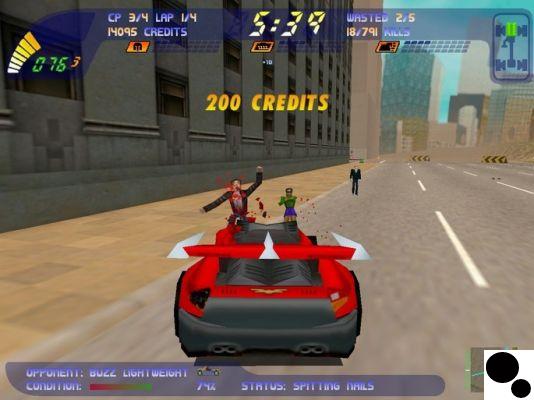 Featured: a classic and a good racing game for weak PC

The controversial Carmageddon was even banned at the time it was released, in the late 90s. All because winning races was important, but what was more important was what we did to win.

As there is a time to complete each race, players needed to get time bonuses along the tracks. And one of the ways to do that was to destroy the other corridors. Or, what was worse, running over people. Which obviously generated a lot of anger among the children's parents.

Controversy aside, the game is fantastic. It has a bit of Twisted Metal, but much more insane. It's worth it, but as long as it's the original game. In 2022 there was a re-release, Carmageddon: Reincarnation. Didn't make 1% of the success of the first game. Just like Max Damage from 2022. 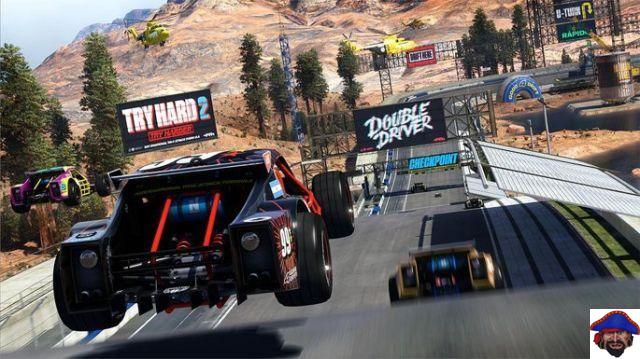 Trackmania Turbo is for those who don't want difficulty, just fun! The game is more focused on making you jump, jump and perform insane stunts to get points. In other words, it is not enough just to win the race, but to impress with maneuvers in the air.

Another plus point of Trackmania Turbo is that it demands a lot less from your PC than games like Project CARS or any of the Forza Horizon franchise. It's an ideal game for those who have a more modest machine, but who don't want to give up speeding on the virtual tracks. 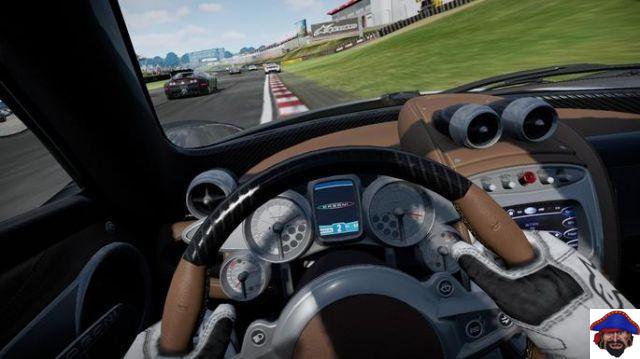 Shift 2 manages to make you feel like a real pilot when you have the driver camera. So don't even try to use the outside cameras: focus on driving like you're accelerating on a real track. When you're in the cockpit, everything really feels real. From the steering to the dashboard, the reflections of the lights and the effect of everything moving when you accelerate or brake.

Do you think little? So know that on this camera you have to look in the rear view mirrors to see who is behind. Without forgetting to pay attention to the road in front of you. The game requires you to be 100% focused, especially in night races, where you only see what the lighthouse catches.

It is a rare game, ideal for those who want more than a simulator, with a fun and challenging experience. 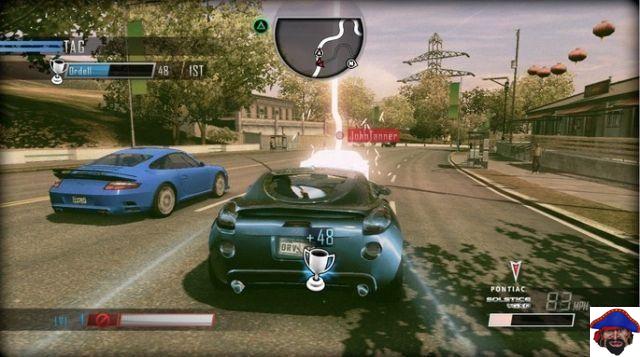 Driver: San Francisco brings a new concept to one of the most important franchises in car games. First, police officer John Tanner has an accident and falls into a coma. The game takes place in his head, where he has the power to leave his body and travel across the city practically flying.

With this shifting power, the player can "steal" cars whenever they want, no matter where they are. It's a game that gets better with each mission, as the story progresses and you understand what happens. Driving has become almost secondary as exploration has new elements.

Still, Driver: San Francisco is a great racing game for anyone who wants something untraditional. The steering system is very arcadey, but very well built, especially when you have to drift. The multiplayer mode is also a highlight, with the possibility of entering competitive matches. 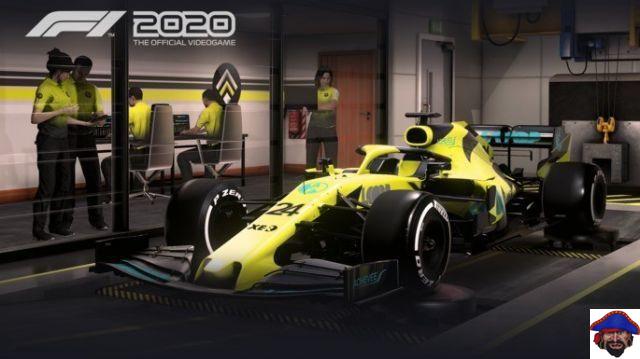 Some critics point out Formula 1 2020 as the best racing game released in 2020. It is a fact that it is the best in the series produced by Codemasters. The game is quite versatile, being very challenging for experienced players, such as allowing adjustments to be more arcade.

The physical realism of the races is spectacular. If you play with all the official Formula 1 rules and with the graphics maxed out, you'll really feel like you're in a real race that's on TV. The sounds of the engines and the beats make the ambiance even cooler!

Another positive point is MyTeam. Here you create a Formula 1 team from scratch, hiring drivers and managing everything from start to finish of the season. The game combines the best of both worlds: the management part and the race itself. 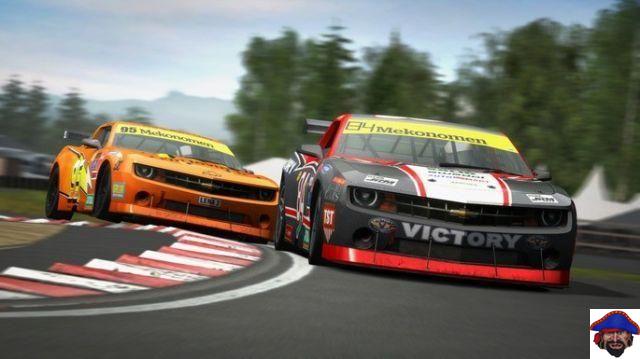 Injection is an older game, with graphics that are almost outdated for the moment, but it still deserves your attention. The game focuses on bringing a unique experience to each type of car and race. In fact, we believe the game is perfect for players who love endurance-style racing.

There are only 38 cars, but they can be customized with more than 400 different skins. There are 40 track configurations, tournaments and game modes that give you a good few hours of gameplay. Don't be fooled by the graphics and focus on feeling the weight and magic of each car. 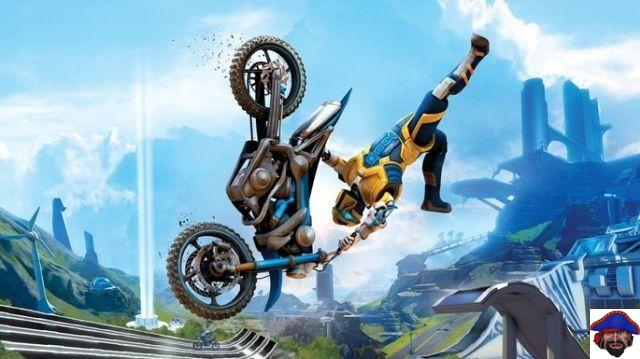 Trials Fusion is a game of very high difficulty. But therein lies its beauty: in 60 levels you have to get on your bike, perform the most absurd pirouettes and come first. The problem is that super well-developed and challenging artificial intelligence and complex obstacle courses won't let that happen.

So it's a solitaire game. You'll have to repeat some levels over and over until you find a way to win the race. Doing the maneuvers is visually very cool, but you'll notice that sometimes the ideal is to do the simple thing.

A nice thing about Fusion is that you can create your own tracks and have other players run on them. This dynamic brings the community of players closer and gives rewards to those who win in other people's lanes. Experience, new acrobatic moves, among other rewards.

Audio Video The 15 best racing games to speed up on PC!
The 15 best strategy games available for Android ❯

add a comment of The 15 best racing games to speed up on PC!