The 15 Best Offline Shooting Games for Android in 2022!

For those who don't want to trade guns with other players and just have fun in a solo campaign, we've put together the 15 best offline shooting games for you to play on Android below. Most of the games below have online multiplayer modes, but all of them can be played without internet and offer the best single-player experiences of their kind you can find for mobile phones. Check out! 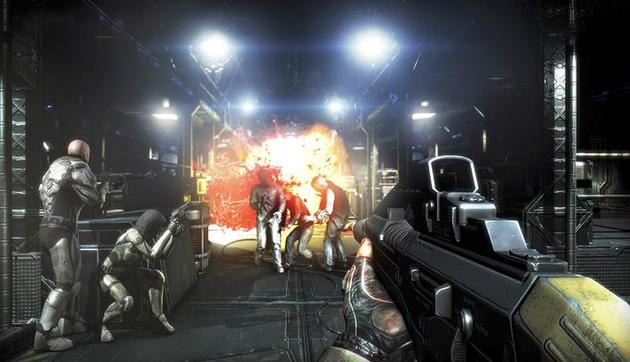 Dead Effect 2 is one of the most popular offline shooting games for Android. With a zombie theme mixed with science fiction, the game has incredible quality for a free game, with a solo campaign of about 20 hours and incredible graphics, but still playable on more modest devices. Like many current FPS, Dead Effect 2 combines some RPG elements, mainly experience points to level up and improve attributes. In addition to the frantic action, the game has some interesting mechanics using the touch screen of the screen to interact with elements in the environment. 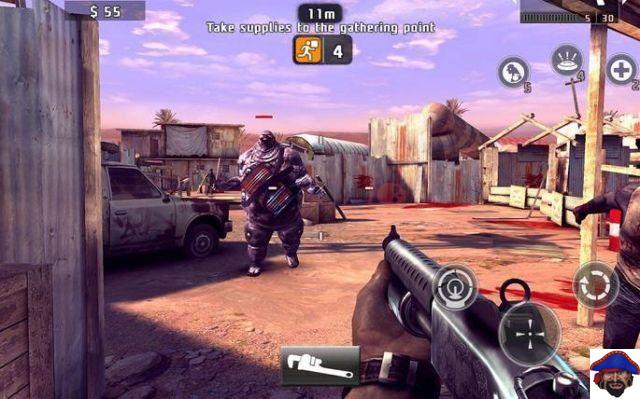 Dead Trigger 2 took a big leap in quality over the first title in the series. The game is a typical zombie FPS where you have to survive the attacks of various creatures while managing your ammo and items. The gameplay is divided into main and side missions that take place in several different environments, always presenting new creatures for you to face. The game also has great content that gradually unlocks as you progress. 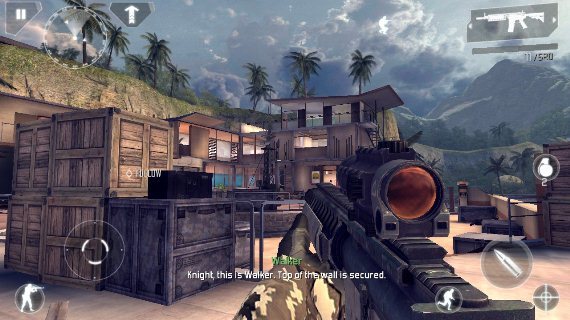 Since Modern Combat 5 cannot be played offline, 4 enters this list without falling short in any way. The game has all the known quality of its franchise with combats that combine several elements of Call of Duty with Battlefield, whether in simple gameplay and the very high level of action happening on the screen all the time, since here we participate in real wars with explosions and vehicles everywhere. The game also has a very well-crafted story that we can follow on both sides, since at times we can even play with the game's villain. 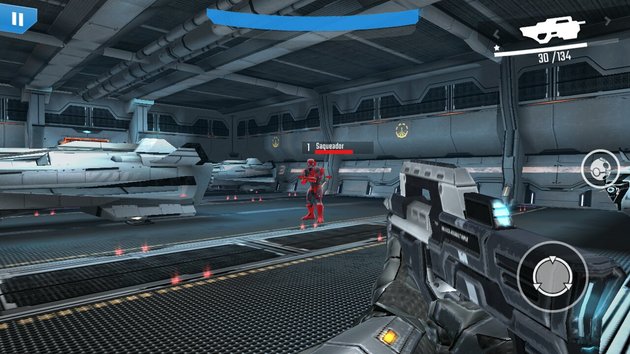 NOVA Legacy follows in the same vein as the previous games in the franchise. With a science fiction theme in the best Halo style, the game has graphics worthy of console and very fluid gameplay on Android. Even though the game's strong point is the multiplayer mode, the offline solo campaign is also top notch and puts you in futuristic gunfights filled with spaceships and robots. 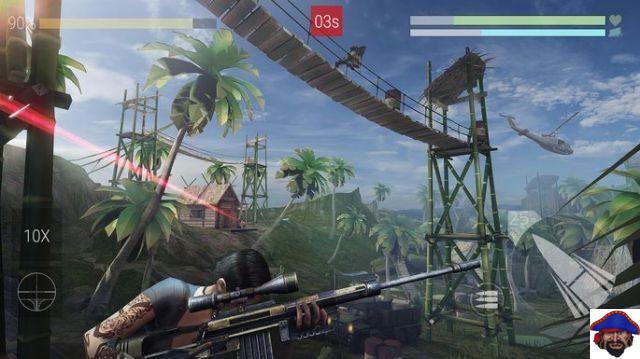 Another quality PC and console game, Cover Fire is an equally good shooter in both online and offline modes. The game has enviable graphics and top-notch gameplay, marked by a lot of action and very varied missions involving shootings, land and air vehicles, sniper rifles and more. The game also receives constant updates with events that can be played offline. 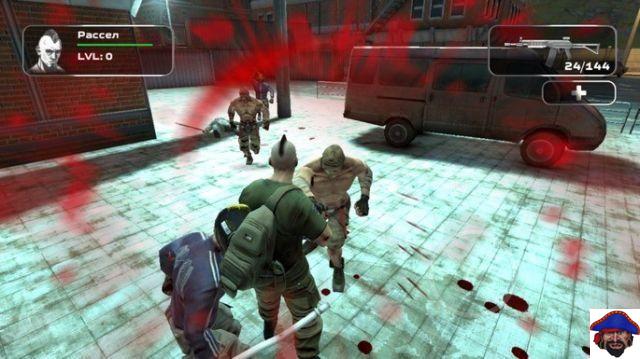 Slaughter 3: The Rebels is a third-person shooter in which you break into a maximum security prison and have to survive the attacks of hundreds of enemies. As the name suggests, the game is pure action, with lots of blood, screams, gunfire and explosions. For those who like dark humor, the solo campaign has several funny/heavy moments that give the game a certain charisma. For those who just want to know about the kill, there's also an arena mode in which the only objective is to survive waves of enemies. 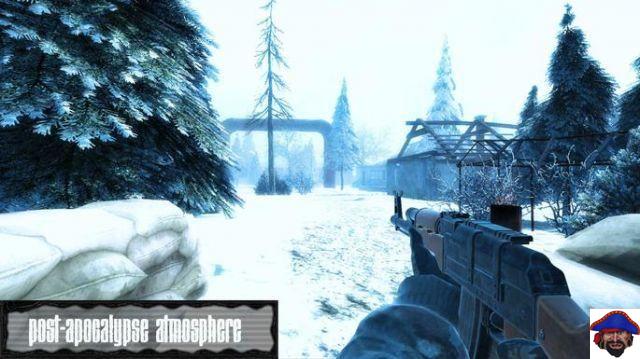 Check out ZONE Shadow of Lemansk on the Play Store

Shadow of Lemansk is a post-apocalyptic shooter that combines various elements of stealth (stealth), horror and survival. The story is very immersive and takes place in 2034, when humanity was almost decimated and now lives in conditions similar to the Middle Ages. During the game you will need to worry about your resources, shelter, scares and combats against true aberrations. 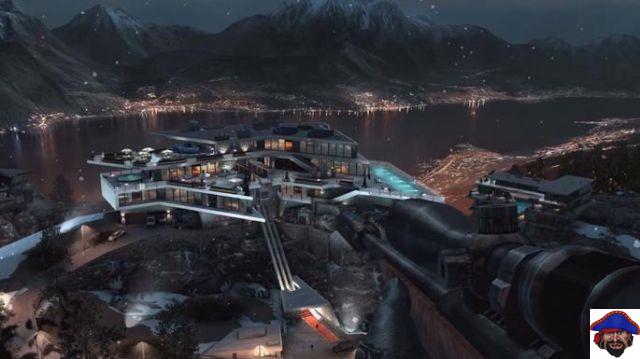 Check out Hitman Sniper on the Play Store

Hitman Sniper is another game from the famous Agent 47. Even though it's a shooting game, this time the gameplay is totally focused on strategy instead of action. In each level you need to find the best way to kill your targets with your sniper rifle, but for that you need to interact with the environment and involve elements such as timing, patience and chain reactions between events. For example, getting rid of the body by shooting an electrical panel to turn on a giant fan and flinging the corpse away. 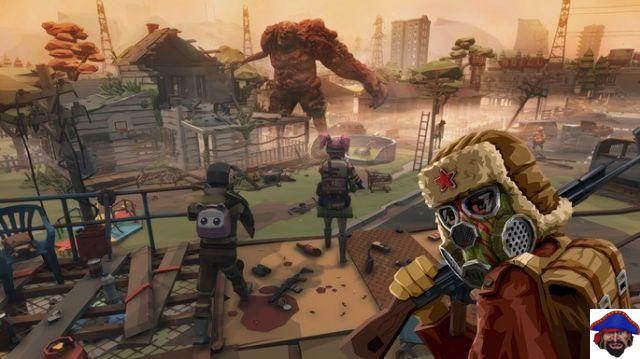 Another game that mixes elements of various genres. The Walking Zombie 2 is primarily an FPS, but it has many RPG and survival traits. Once again, the story takes place in a zombie apocalypse in which you have to complete missions, manage resources and shoot hundreds of zombies. The game has a very striking visual identity with polygonal-style graphics, as well as several interesting mechanics, especially the karma system (in which your choices in the game modify interactions with other characters), weapon skins, minigames and much more. 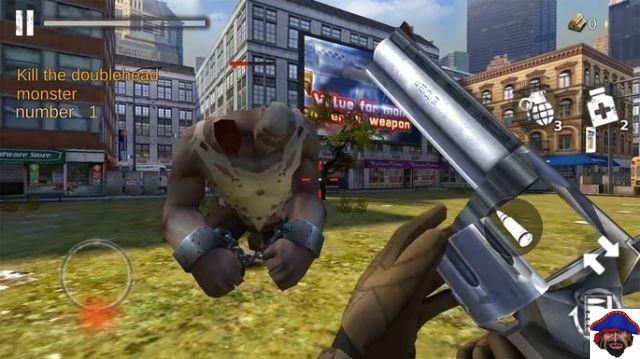 Download Hopeless Raider for free from the Play Store

Hopeless Raider is more of a zombie game, but with a good emphasis on story and dialogue. Even so, the game still delivers a good level of action with many different types of enemies, a gigantic arsenal for you to vary the gameplay and several levels of difficulty. The main attraction of the game is the incredible boss fights that are never repetitive, as each one has its own abilities and weaknesses. 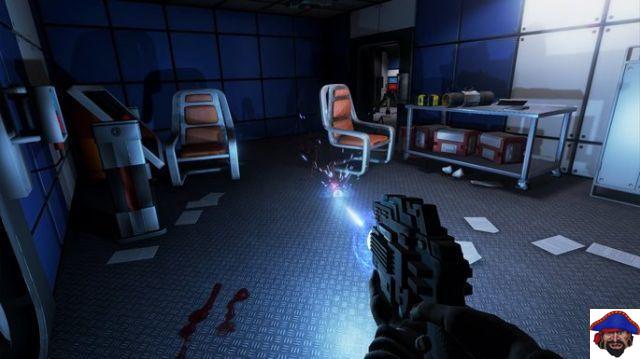 Another sci-fi, Return to Planet X takes place on distant planets infested with alien insects. The game is not one of the lightest on this list as the graphics are top notch, with very well worked out shadow and lighting effects. The story isn't great but the gameplay is enjoyable and the large arsenal of laser weapons, realistic physics and satisfying sound effects when killing each of the insects make it worthwhile. 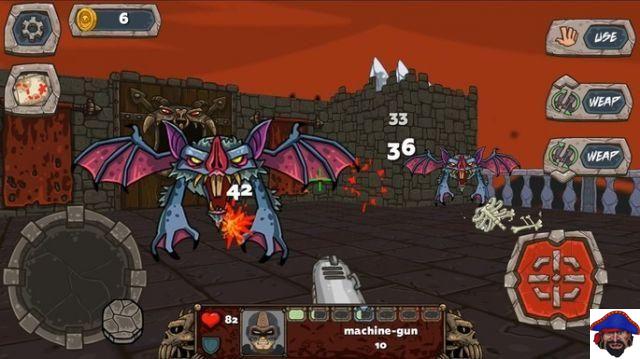 Demon Blast is a kind of Doom with cartoonish 2.5D graphics. The visual identity is very charismatic with creatures and scenarios worthy of cartoons. Even so, the game has great content, full of NPCs, power-ups, different weapons and equipment, very fun boss fights, etc. Although the game has only 23 levels so far, new updates are constantly being made and new levels will be added. 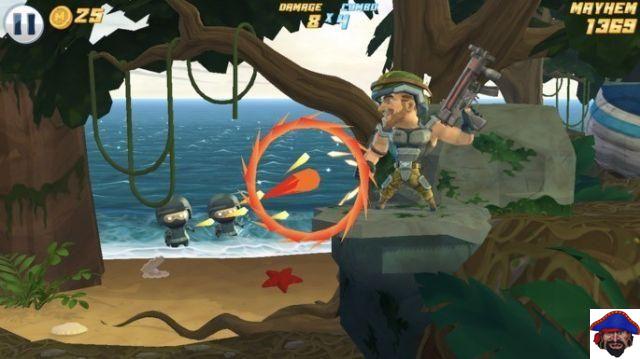 Major Mayhem is a very different shooter from all the others on this list. Here the only commands you have to do is shoot opponents by clicking on them, since all the movement is ugly automatically. It may seem simple and boring, but the game is extremely fun and addictive, with a much more casual feel. In it we control a soldier in rescue missions full of the most varied enemies ranging from armed forces to ninjas throwing shurikens. Throughout the game, you'll unlock several new power-ups and weapons to help you in increasingly difficult challenges. 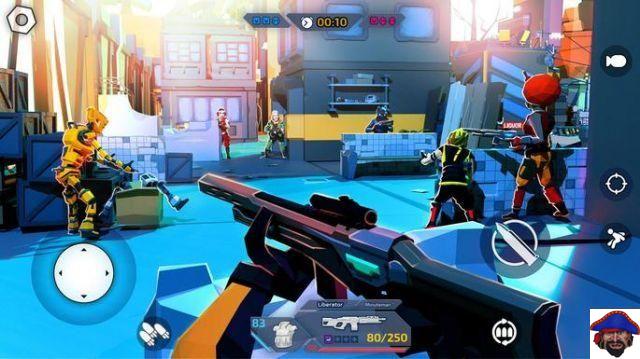 Call of Guns is a shooting game very focused on offline multiplayer, that is, on a network. The game has a visual identity similar to Valorant, with more cartoonish graphics and colorful scenarios. The game has many fun game modes and a very pleasant gameplay, with interesting sound effects during the matches that end up making the game very addictive. 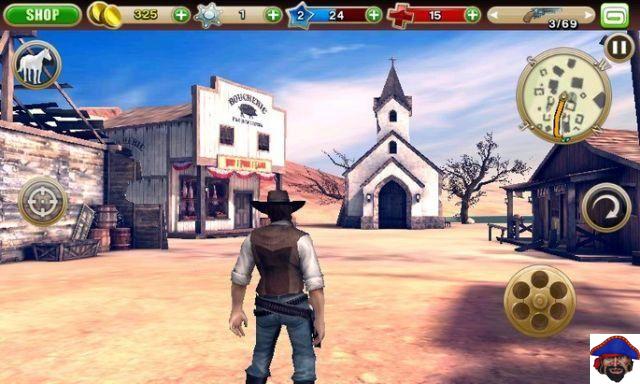 Download Six Guns for free on the Play Store

Six Guns is a kind of very (very!) simplified Red Dead Redemption for Android. The game is a 3rd person shooter with a western theme, full of varied quests, NPCs and various weapons and mounts to unlock. The game also has a fun story and several minigames that make the gameplay very varied. In the middle of the bang bang, you'll even need to face supernatural creatures like werewolves and vampires.

add a comment of The 15 Best Offline Shooting Games for Android in 2022!