The horror game genre never goes out of style. With so many great titles, some have great multiplayer modes, whether PvP (player vs player) or cooperative, which manage to take the fun to a new level. Being able to feel the tension and suspense together with friends or others around the world is something that continues to attract many players. That's why we've put together a list of the 15 best multiplayer horror games to play in 2022 below. Check it out! 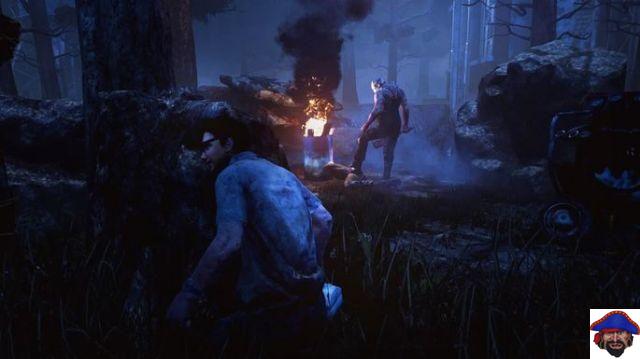 Starting with the main representative of multiplayer horror games, Dead by Daylight doesn't even have a Campaign or single-player mode. The game takes place in 5-player matches divided into 4 Survivors and 1 macabre and ultra-powerful Assassin who must find and kill them in various macabre ways. Each match has a randomly generated map, so it is not possible to learn hideouts or memorize strategies.

Great graphics, sound effects and inspirations taken from the most famous horror villains in the world make Dead by Daylight one of the biggest references among horror games. 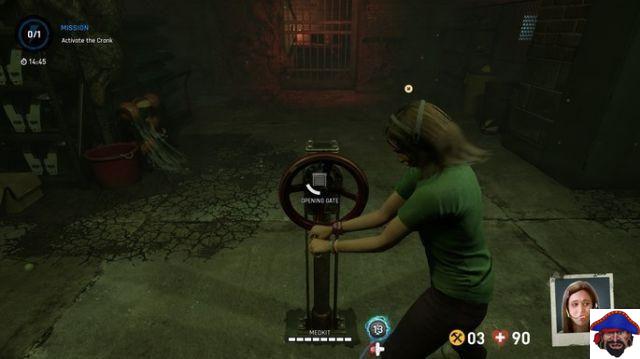 Last Year follows the same mold as Dead by Daylight, putting 5 players to survive the attacks of a 6th, who takes control of a murderous demon. Each player can choose a kind of "class" that allows them to acquire unique skills to help the team survive. Likewise, players who control demons also have a variety of options, being able to choose between more strategic or more aggressive monsters.

Hide and Shriek is a very interesting horror game in which two players face off in 1-minute 1v10 matches. The objective is very simple: scare the opponent as much as possible. The "confrontation" takes place at night in an empty school, and both players are invisible to each other. In this state, they must set up various scary traps (which involve loud screams and sudden visual effects) to accumulate points on top of the opponent. Whoever has the most scares at the end of the game is the winner. 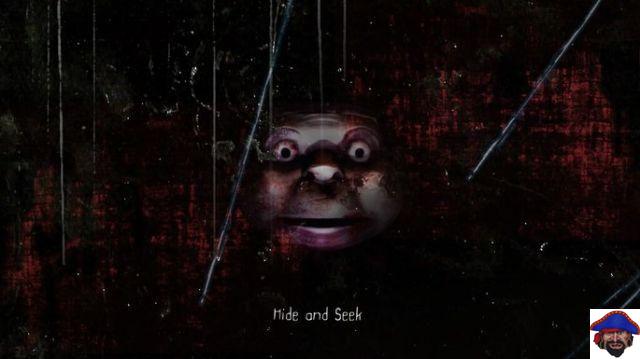 Dead Realm puts up to 8 players in the same match, 1 of them being a ghost and the others humans. The ghost's role is to find the other players to turn them into more ghosts. The role of humans, of course, is to hide and avoid getting caught by the ghost. The graphics are very good and the environments are quite immersive. With several effects designed to scare, Dead Realm is a great option not only to play but also to watch. 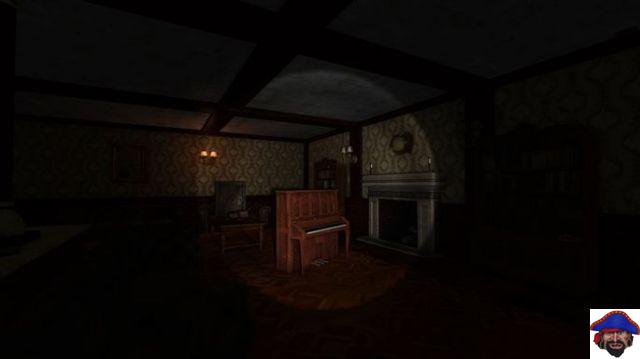 Much like Dead Realm, Damned matches take place with 4 surviving players and 1 monster. The survivors' objective is to find their way out of the haunted settings (hotels, hospitals, etc). The monster's objective is to kill everyone, and for that, the player can choose from several available options, with each monster carrying its own abilities. 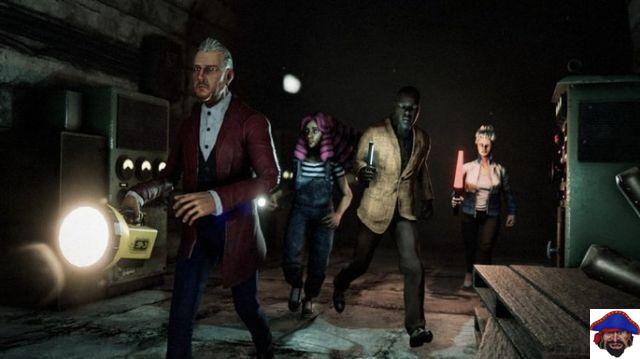 White Noise 2 is an indie horror game that also has a unique focus on multiplayer. Here, 4 players take on the role of investigators who need to gather clues while being chased by a monster, which can be another player or even an NPC. Characters have their own abilities and players must use a series of items to stay alive. 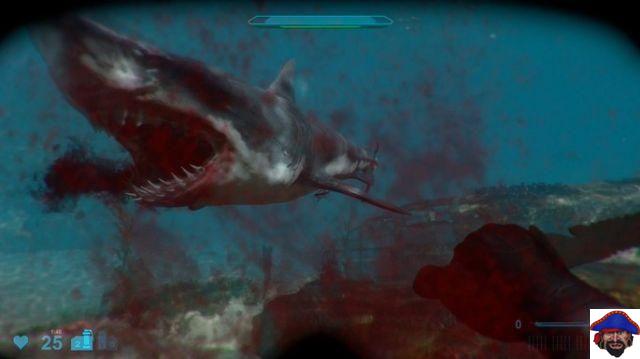 Changing the theme a little, Shark Attack Deathmatch 2 is a multiplayer horror game in the best "Jaws" style. Here, up to 8 players can battle underwater under the constant risk of a killer shark appearing to kill everyone. The game has several modes and it is even possible for one of the players to take control of the shark. 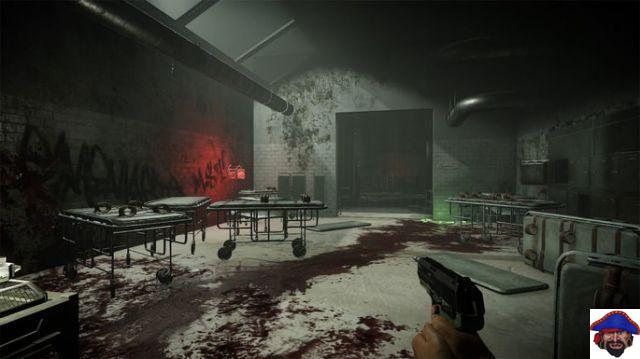 Deceit puts six players in a very macabre scenario, two of which are actually infected monsters and aiming to eliminate the others. The best thing about the game is that the infected monsters have the same appearance as the other players, so the gameplay revolves around finding out who the villains are. Deceit requires a lot of teamwork, instincts and a lot of attention. As the name of the game suggests, everything in the setting will trick you into paranoia setting in and tension rising. 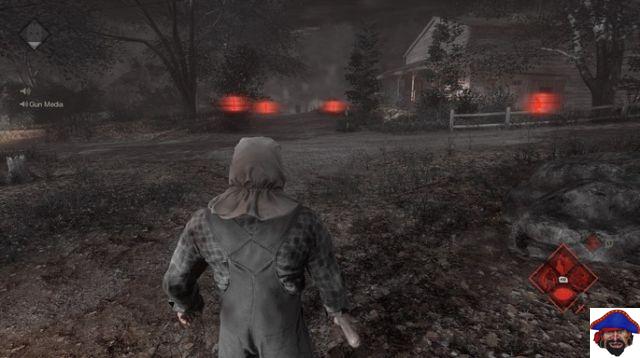 The game totally inspired by the famous assassin Jason. Here, a group of 6 players assume the role of students in the classic Camp Crystal Lake, and must survive the attacks of a seventh player, responsible for controlling the macabre Jason. The "victims" can use numerous tools to try to survive or even defeat the villain. Likewise, Jason can utilize various abilities to murder victims in brutal ways. It is also possible to choose between different versions of Jason, according to the many films. 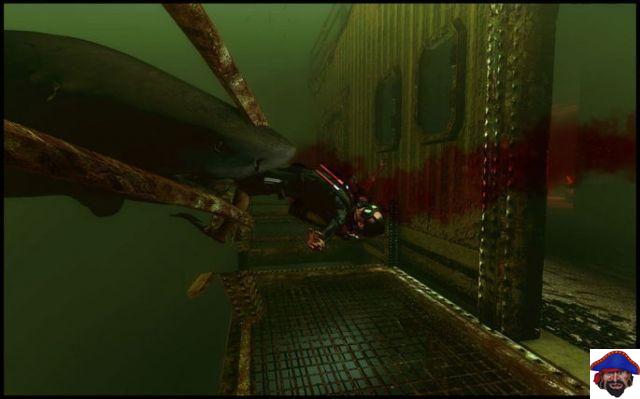 Yet another killer shark game, Depth is very similar to Shark Attack Deathmatch. The matches take place between divers and shark. Divers are tasked with collecting treasures under the sea to get upgrades to their arsenal and equipment. The shark... needs to destroy all the other players. You can choose from 7 different species, each with their own abilities. 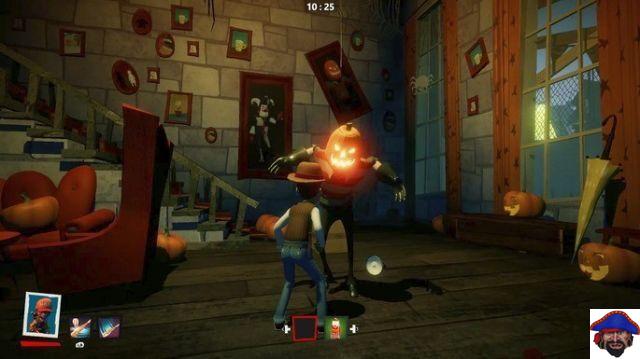 Secret Neight is a horror game with a more childlike style. In the same vein as most of the games on this list, here you join a team of kids who have broken into a neighbor's basement to rescue a friend. However, one of the players is the Neighbor himself, who must disguise himself in various ways to deceive other players. The children's objective is to invade the basement, while the Neighbor must trick them with various artifices and contraptions throughout the house. The best thing about the game is that, even though it's a cooperative game, you can't even trust your friends. 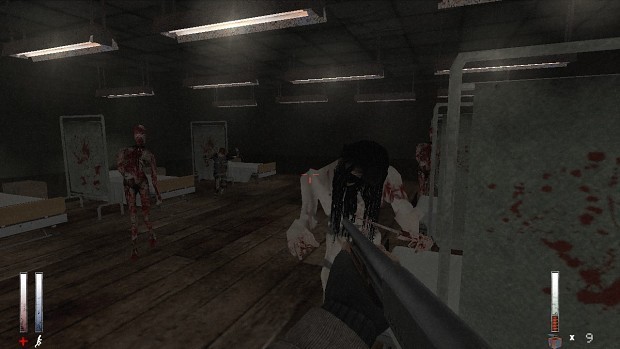 Cry of Fear is a psychological horror game with a long campaign that allows cooperative mode. In it, up to 4 players explore a haunted city full of monsters and ghostly creatures. The game has a strong emphasis on immersion and the "cinematic" factor, so it always conveys uncomfortable tension rather than scares. 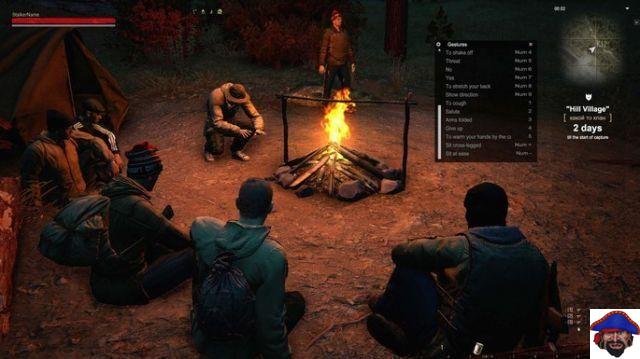 Stay Out is a horror MMORPG with a lot of survival and shooting elements. With a 3rd person perspective, here you join several other players in devastated scenarios and with scarce resources. 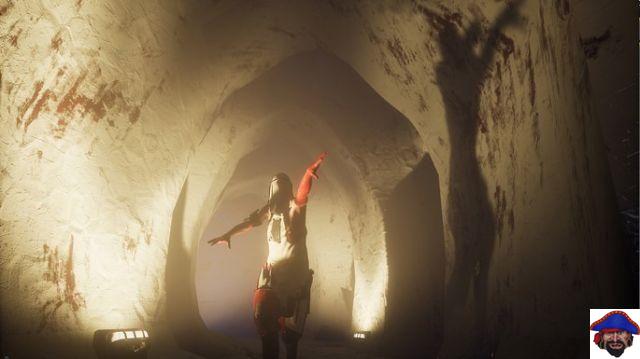 The Blackout Club is a fully co-op 1st person horror game. Here, up to 4 players team up to complete various missions generated randomly according to the players' level. The game revolves around a mystery where some townspeople wake up in random places, wondering how they got there. During matches, players will have access to the most diverse items and skills to solve problems. 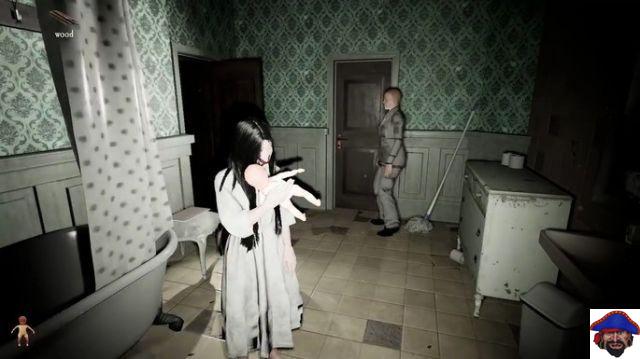 Pacify has an unusual history. Here you control an employee responsible for finding out if a house is haunted, and then obtaining evidence of it. It turns out that yes, the house is inhabited by a demon that periodically possesses a little girl, and it is up to the players to find a way to pacify the evil, in each phase.

add a comment of The 15 best multiplayer horror games for PC in 2022!