All the freedom offered by Minecraft gets even better when shared with other players. That's why the game's multiplayer mode allows you to access servers created by other people, each containing its own characteristics, modes, objectives and minigames. Below, we've selected the top 14 to play the original version of Minecraft on PC in 2022.

Attention: all servers below are active and updated for 2022 (versions 1.15 onwards. To access them, just enter the menu Multiplayer>Direct Connect and in the server address field, just paste the IPs provided below. 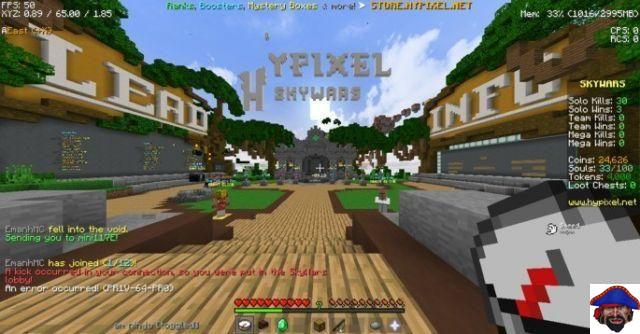 The most popular server in the world. Hypixel has been on the air for over 7 years and is still busier than ever. It offers numerous options of minigames that are always full of players. Among them you can find the famous Skywars, Bed Wars, The Hunger Games and many others. It's like a server that leads to specific minigame subservers. It also has a Survival mode for those who don't want so much action. 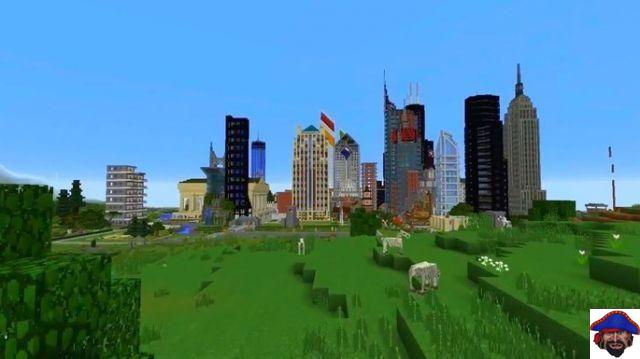 EarthMC is probably the most ambitious Minecraft server. Unbeatable in scale, the server aims to be a replica of planet Earth, with its main cities carefully recreated. You can visit cities like London, Paris, Rio de Janeiro and many others. In addition, the server also has a focus on Survival mode, and allows you to choose the country you want to start in to join other players and build communities. 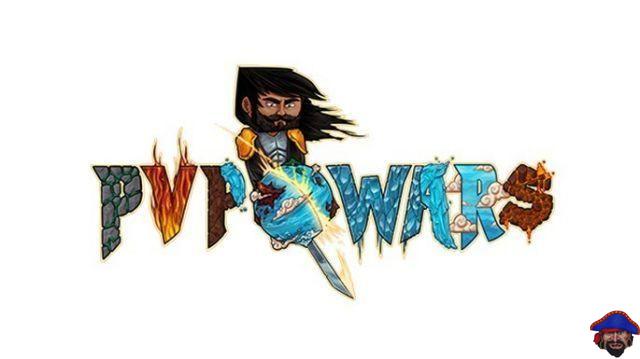 PvPWars is a server dedicated exclusively to PvP. It doesn't have a Survival mode, but it has several different minigames from Skyblock and Factions modes for you to choose from. All of them have a high competitive focus, with an overall leaderboard and economy system based on player performance. 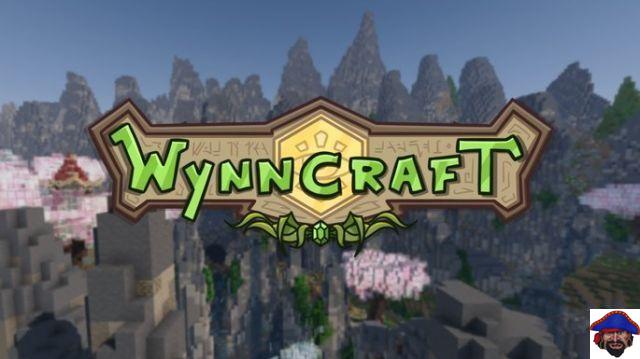 WynnCraft is the largest Minecraft RPG server and has around 1000 concurrent players at all times. The server has all the features you would expect from an MMORPG, with quests, purchases and sales, classes, dungeons, level system, equipment, mounts, secret content and much more. The server even has a lore (world story) behind the quests! 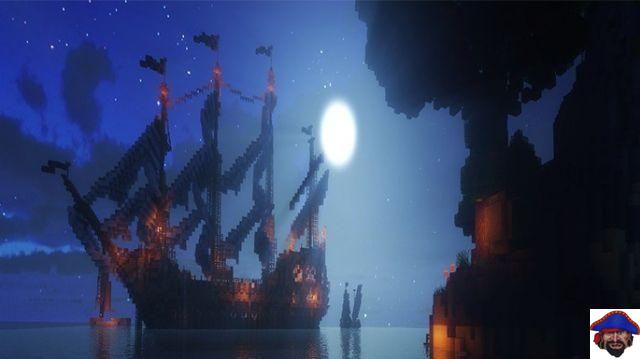 A pirate-themed server! PirateMC lets you build your own ships and team up with other players to form crews and explore the world. Although it is a predominantly Survival server, it also has PVP and allows you to compete in ship battles against other crews, defend and attack strong, etc. 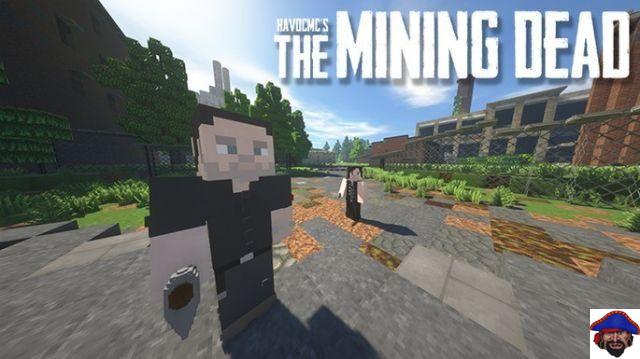 As the name suggests, The Mining Dead is a server heavily inspired by The Walking Dead. Here, the main focus is teaming up with other players to survive the onslaught of zombie hordes. However, PVP is enabled, so you also need to worry about surviving or attacking other players to secure your loot. The server also has several equipment kits inspired by characters from the series, as well as directly copied locations such as Prison, Alexandria, Woodbury, etc.

For the more competitive, there is a general leaderboard that can be accessed on the official server page, showing the scores of all active players. 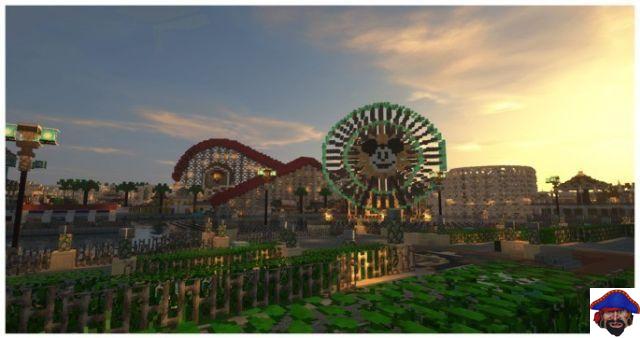 Although not one of the most accessed servers on this list, MCParks is one of the most original, without a doubt. It offers a number of amusement parks inspired by real world parks like Disneyland, Disney World, Universal, etc, and is full of mechanics inserted through mods and plug-ins. The server also has custom amusement parks created by the owners, as well as allowing players to build their own. 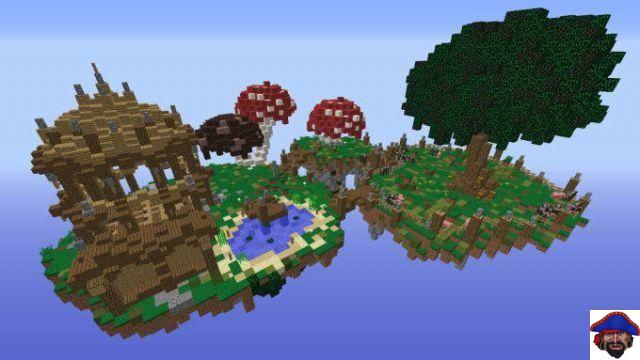 SkyBlock is the biggest and best option for fans of SkyBlock mode. For those who don't know, in this mode you appear on a small floating island and need to survive with very few resources. With thousands of active players every day, SkyBlock has a custom plugin that adds many island options for you to play alone or with friends. 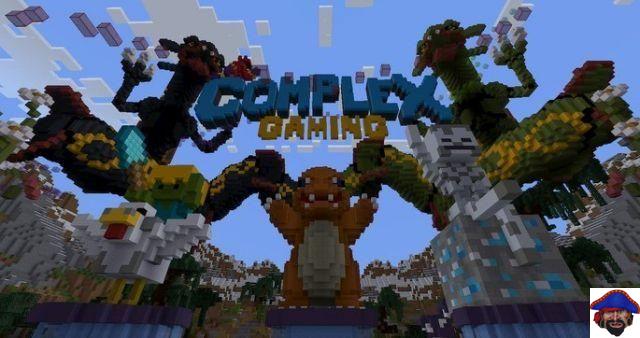 Complex Gaming is a server full of worlds that use different mod packs, each one dedicated to different gameplay. Among several good options, the server stands out with the famous Pixelmon, a mod totally inspired by the Pokémon franchise that adds to the game several mechanics for you to capture the little monsters, duel, teach attacks, level up, etc. Despite requiring you to download and run the different mod packs for each game mode, the server shows you how to do this in the simplest way. 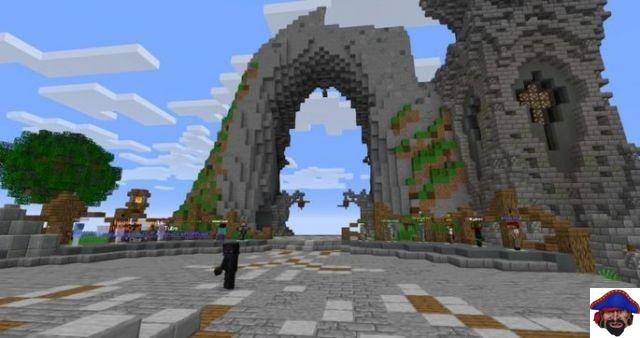 Extreme Craft is one of the biggest Minecrat servers today and it also has several game modes, from simple multiplayer to Skyblock, Prison, Eggwars, Hide and Seek, etc. The big difference here is the events and competitions organized by the community, including building competitions between players. The server also has an "Anarchy Mode", in which players can do whatever they want. 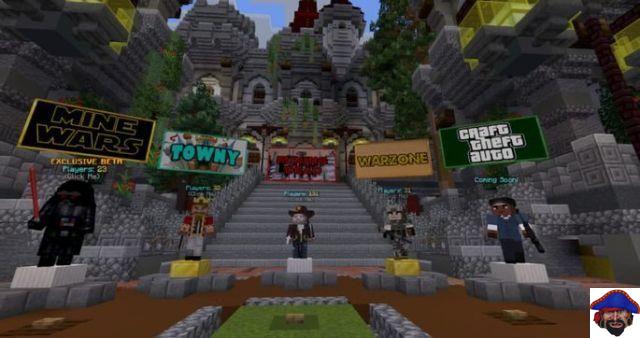 Havoc MC is a server with a collection of modes based on other franchises. At the moment, the most complete mode is Mining Dead, inspired by The Walking Dead series, which involves PvP, PvE and various survival elements. The server also has other modes based on Star Wars, Warzone and GTA, but these are still in development. 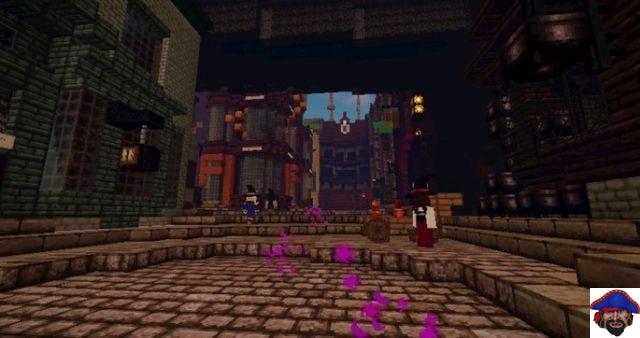 As you can imagine, Potterworld is a server entirely based on Harry Potter. Here it is possible to enter one of the four houses of Hogwarts, duel, play Quidditch, attend classes, visit many places known from the books and movies and participate in various community events. 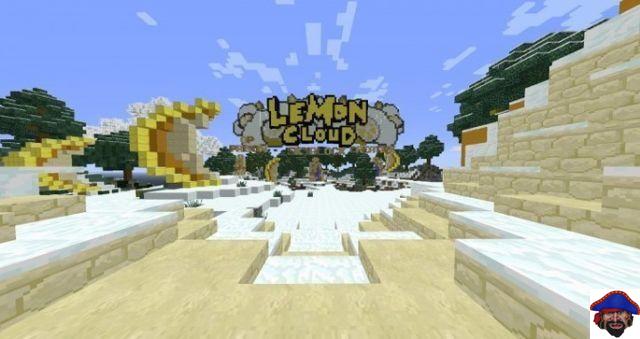 LemonCloud is a very popular server with thousands of active players every day. The server has numerous modes such as Survival, PVP, PVE, RPG, Prison, Factions, The Hunger Games, etc. Among all available, the Skyblock mode is the one that stands out the most. 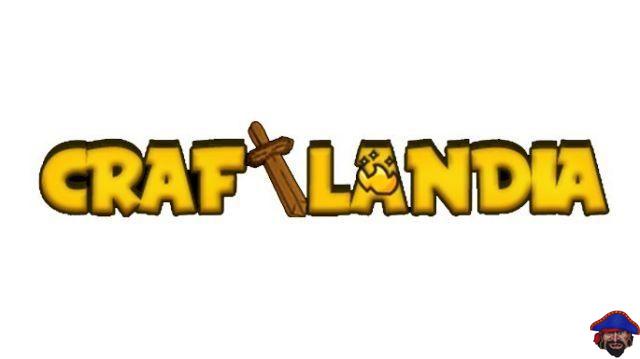 Craftlandia is our country's largest Minecraft server. On the air for 9 years, the server has a great focus on Survival mode, with its own economy system, skills that are not in the traditional version of the game and daily events to encourage interaction between players. Craftlandia also has a system of PvP clans, skins and arenas.

Audio Video The 14 Best Minecraft Servers for PC in 2022!
The 15 best Rise of Kingdoms Commanders and their talents! ❯