The 12 best city seeds for Minecraft!

Seeds are Minecraft map templates that you can use to access ready-made or at least very advanced worlds. As with any scenario in the game, you can still edit them however you want. In this article, we decided to bring you 12 different seeds from very original cities for you to explore and admire how much the game has to offer in terms of complexity.

For those who don't know, to use the seeds, just access the "Create new world" menu and, in the "Seed for the World Generator" field, paste the codes you'll find below. Enjoy!

This seed offers a giant metropolis with skyscrapers, paved streets, bridges, squares, green areas, a huge central park and several other buildings. Everything a big city can offer. 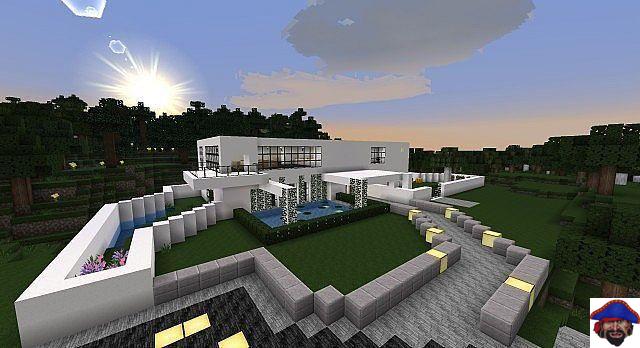 Unlike the previous seed, this one consists of a very planned and spacious modern city. With big houses, wide lanes and lots of green areas, this city seems more like a huge gated community. 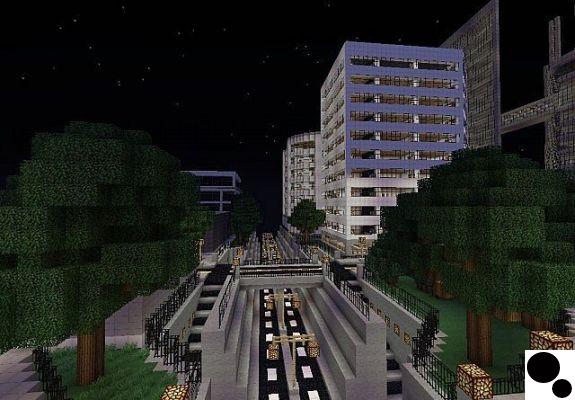 Another metropolis with lots of buildings and tracks. Here you will also find skyscrapers and some green areas, but the big difference is that this seed even has a well-built subway system. 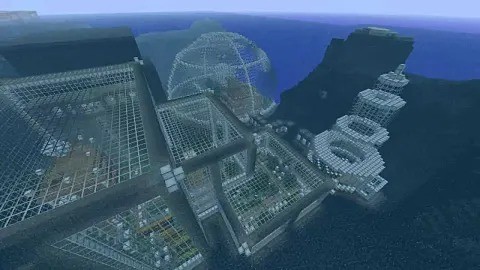 An underwater city with many futuristic elements. Certainly one of the hardest seeds to build, as the ocean around the city is 2000 blocks wide. 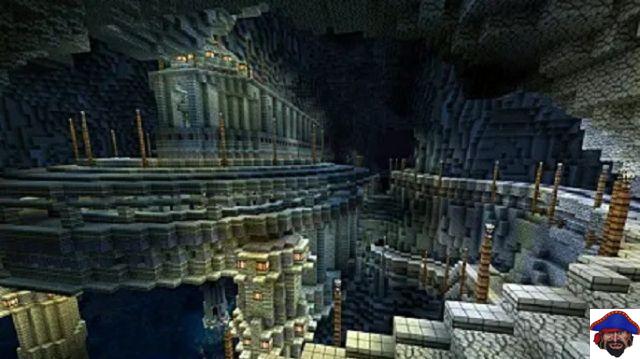 Similar to the one above, but underground. This seed creates a vast underground city filled with tunnels and fire lighting. Contrary to what you might expect, here you will still find LOTS of space to build whatever you want. 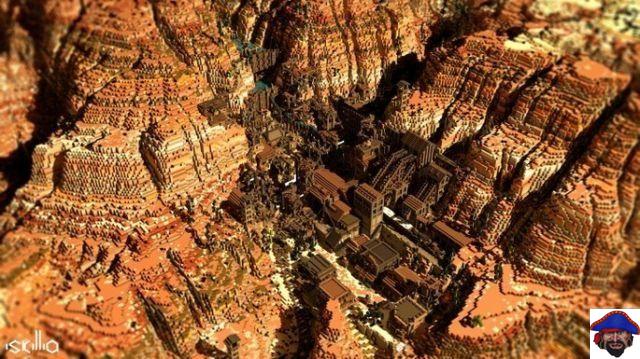 For fans of bang bang, this seed offers a city in the middle of the orange mountains of the old west. The map also has a river and a forest, but most of the scenery is desert, as in the image above. 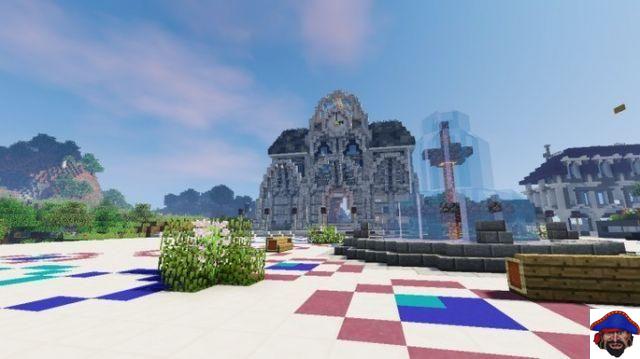 This one will be familiar to any RPG fan. In this seed you will find a city with all the typical elements of the genre such as churches, castles, taverns, shipyards, common houses, rivers, etc. The style chosen can be described as "medieval but not so much". 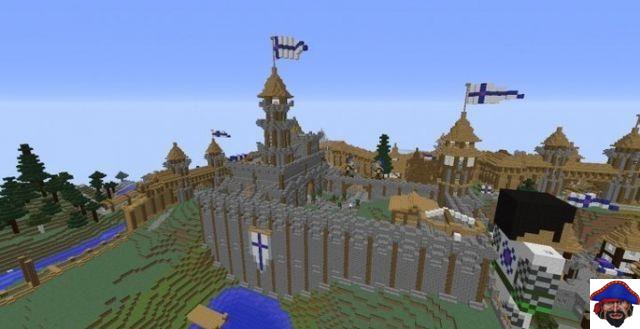 Now yes, totally medieval. This seed offers a landscape full of stone and wooden buildings, castles with walls and gigantic moats, a harbor with ancient ships and the main thing: countless secret rooms that you can only discover by exploring. 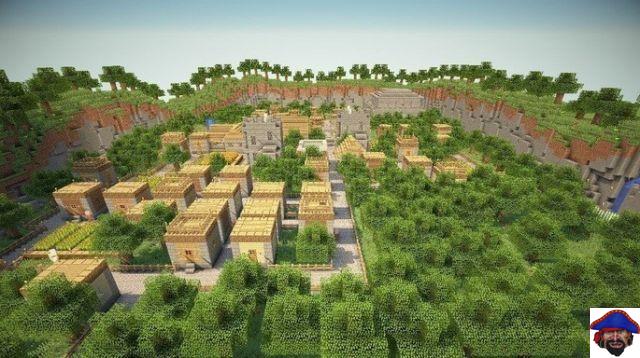 A simple town in the middle of the forest. This village has narrow streets and almost identical houses, for the most part. Here you can find just a few attractions such as fountains and waterfalls, as well as animals roaming the streets. 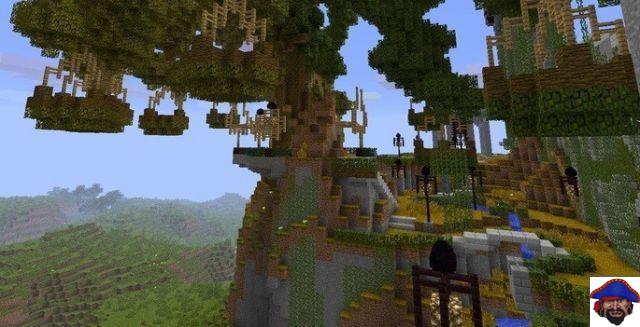 A setting inspired by mythological elements, this seed offers a city on top of a mountain in a kind of wooded Olympus. Obviously, the seed doesn't have elements that resemble real-world cities, but it's still an amazing idea and full of details to explore.

This seed is not intended to be a replica of New York, but it was certainly inspired by the city. Skyscrapers, paved streets, bridges, river, trees and, of course, the Statue of Liberty.

12. The abandoned city of Portsmith 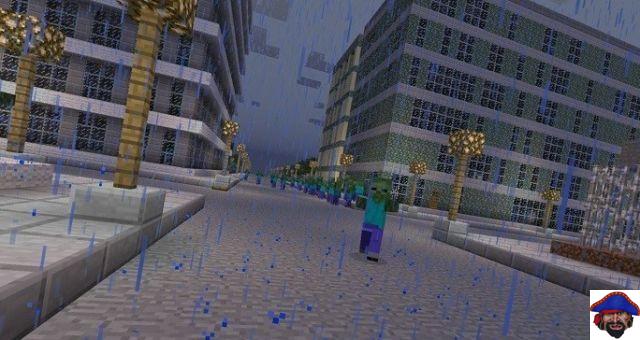 This seed consists of a gigantic city with schools, restaurants, markets, gas stations, subway, boats, ocean, and everything in between. In addition to all that, just one more detail: waves and waves of zombies scattered everywhere. 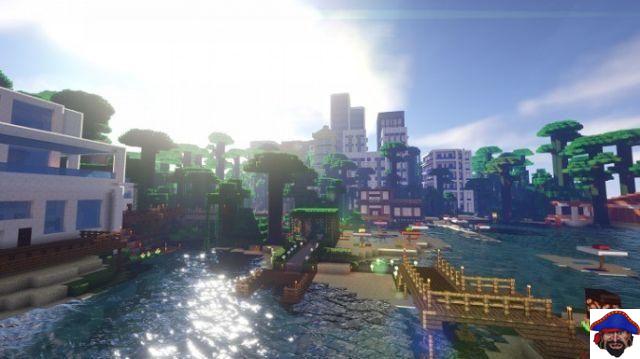 The name says it all. This city has sun, cool shade, clear water, beautiful houses, beach tables and everything you would expect from a tropical setting.

Audio Video The 12 best city seeds for Minecraft!
Have 15 skins but raras from Fortnite! ❯

Learn how to easily make fireworks in Minecraft

Minecraft: how to get Name Tags to put names in the game!

How to tame Fox, Llama, Horse and other animals in Minecraft!

Learn how to make Archery in Minecraft!

add a comment of The 12 best city seeds for Minecraft!