The 11 Best Pokemon Games for PC!

Anyone who is a fan of Pokémon but only has a PC suffers from the lack of games for the platform. In all, there is a total of 1 (ONE!) official little monster game for PC, while all others are fan-made or "alternatives". Even so, these games are very well done and offer a worthy experience for those who want to capture some animals and land some super effective blows. So, check out our list of the 11 best Pokémon games for PC below! 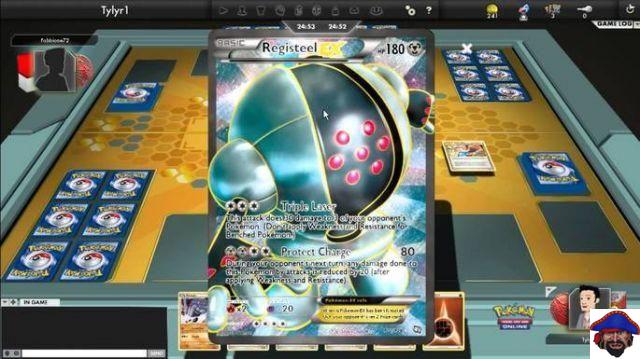 Pokémon Trading Card Game Online is the virtual and updated version of the classic Pokémon card game and also the only official game in the franchise that exists for PC. The game is 100% free so you really get access to all possible decks just by playing. The game allows matches against players from all over the world and progress is relatively easy: you don't lose anything by being defeated, but you earn points and money whenever you win a match. That way, you're always closer to acquiring new cards or even complete decks.

In addition to the pure nostalgia caused by the classic card design, Pokémon TCGO has great graphics and several battle modes to choose from, which makes multiple decks relevant. In addition, the game has an offline mode where you don't have to play against other people, and that also gives you several prizes. 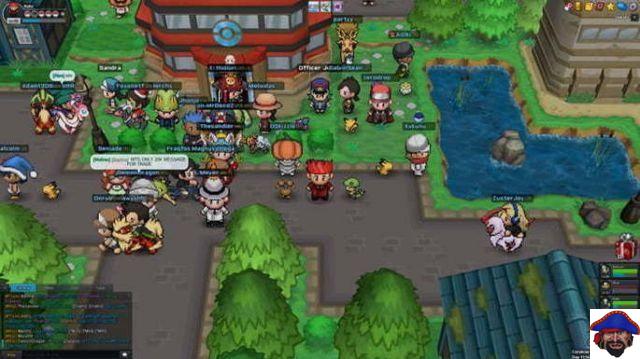 Probably the most complete Pokemon game for PC, PokéOne is an MMORPG with everything you can expect: level system, daily quests, mounts, guilds, PvP (player vs player), pokemon trading system, character customization, emojis to insert into conversations and much more.

As for pokemons, PokéOne offers everything that official games offer. You need to catch pokemons, power them up, level up, battle, etc. The game's graphics somewhat follow the style of gameboy games, but much more colorful and well designed, especially during combat.

PokéOne also lets you set whether you want to play in 2D or 3D, and the controls in the WASD + mouse scheme make gameplay very comfortable. 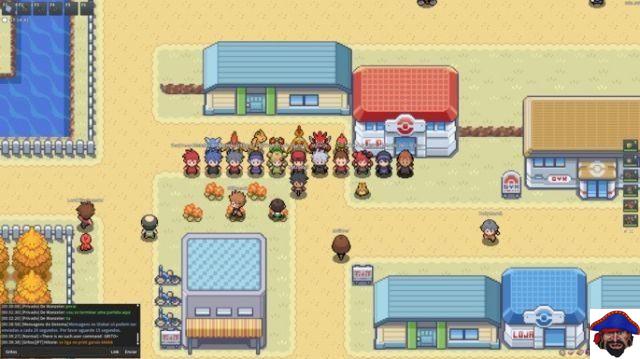 As the name suggests, PokeMMO is an MMORPG and, with that, it also has all the classic elements of the genre. Visually, the game is very similar to the Gameboy Pokémon games, but here the focus is much greater on the multiplayer aspect.

PokeMMO has been around since 2022 and continues to be regularly updated. In addition to new maps and pokémons, the game has several activities that encourage interaction between players such as group battles and even dungeons that can only be completed by more than one person. The game has a few microtransactions available, but all are for purely cosmetic items. 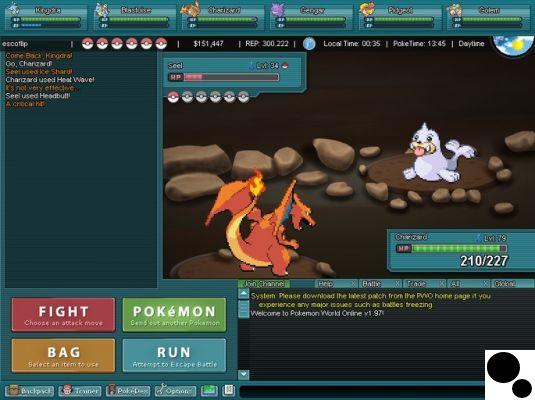 Yet another MMORPG, Pokemon World Online (PWO) is a little more “humble” than PokéOne and PokeMMO. The game has the same graphics as the Gameboy Advance and is limited to two regions: Kanto and Johto, that is, there are a little more than 300 pokemons to be caught in PWO. 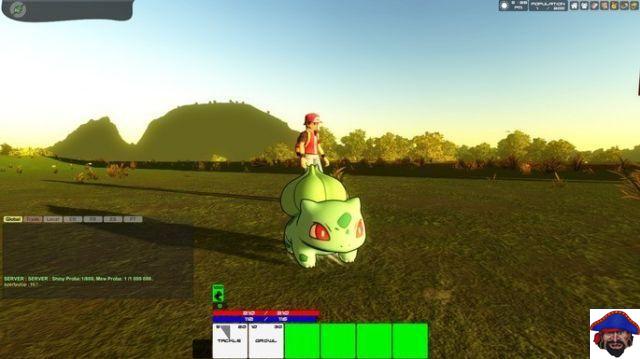 With that name you may already know: Pokémon MMO 3D is a fully 3D open world MMORPG. Although the animations are pretty limited, the game's graphics are pretty decent and the game gets constant content updates and enhancements.

Despite giving the impression of an unfinished game, Pokémon MMO 3D already has some innovative elements such as a day and night cycle that influences which Pokémon appear. In addition, the biggest difference of the game is, without a doubt, the combats in real time instead of turns. Here, you actively control your Pokemon in fights and need to attack, defend and dodge manually. Very interesting! 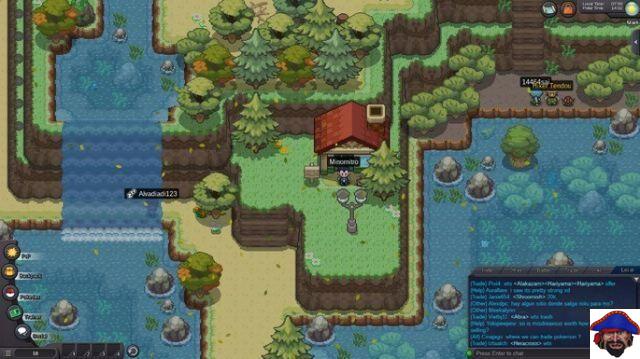 Another game extremely inspired by the Gameboy Advance games. Pokémon Revolution Online has over 10.000 active players, split into various guilds. The game also has a greater focus on the competitive aspect as it has a ranked PvP in which players compete to enter the top 25 monthly and thus receive exclusive prizes and invitations to events.

Pokémon Revolution Online also has several well-crafted “raid bosses” in which players need to cooperate to win and collect great prizes. Currently, the game is updated to the 7th generation of pokémons. 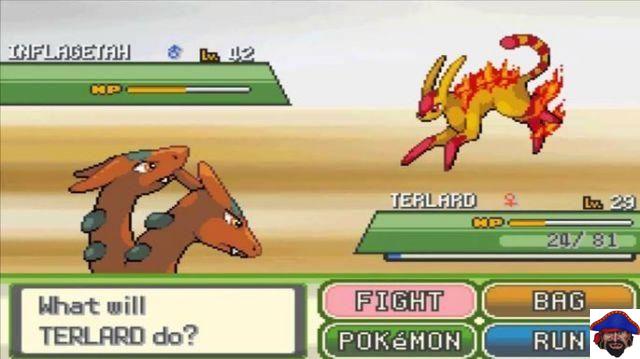 Pokémon Uranium is a fan-created offline game that has been notified several times by Nintendo about copyright. Although the game developer has already taken the game offline, fans have created new servers and continue to update the game.

Pokémon Uranium is inspired by the Nintendo DS games and features a completely original campaign, with regions, characters and even fan-created Pokémon. In all, there are more than 150 creatures that no Pokémon fan knows yet. 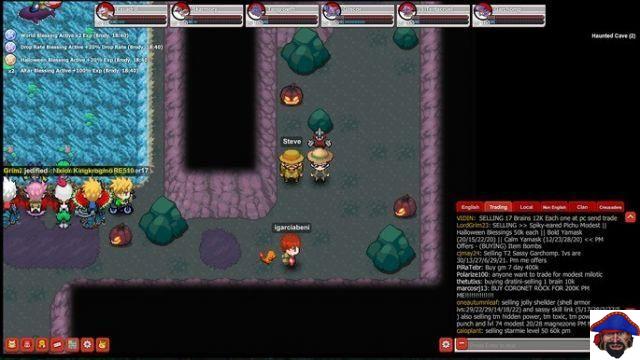 Pokémon Planet is an extremely light game that runs directly from the browser, that is, just register and play. Also with graphics similar to the Gameboy, the game is similar to the others mentioned in this list, but much more limited. The combats are identical to the old games and there is no animation in the blows, you just choose the attacks and the damage happens.

Even with so many limitations, Pokémon Planet still delivers the basic elements you'd expect from a Pokémon MMORPG and goes a little further. The game has an item and pokemon auction tool where you can buy or sell to everyone on the server. In addition, the game still has a Minecraft-style item crafting system. 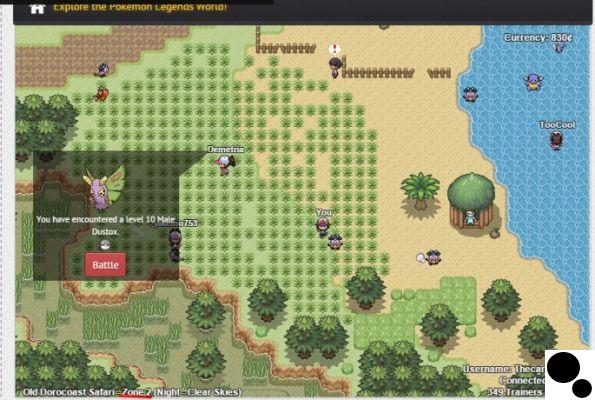 Another game to run directly in the browser. Pokémon Legends has a much more elaborate story than usual, but other than that, the game does not innovate at all in relation to the others on this list. Combat also lacks animations and sound effects, and the graphics are a little more minimalistic than most games on this list. 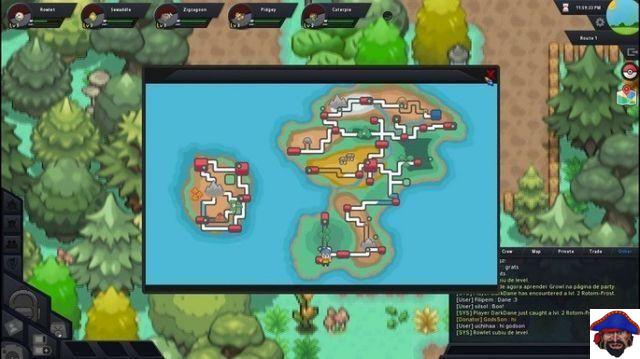 Pokémon Blaze Online has a different story from the anime and, with it, new regions. The game has slightly more detailed graphics than most titles on this list, but the combat lacks attack animations and not even visual effects.

Pokémon Blaze Online also has a clan system with daily battles between players, a level system where you can evolve very specific attributes of your pokemons and gym battles. 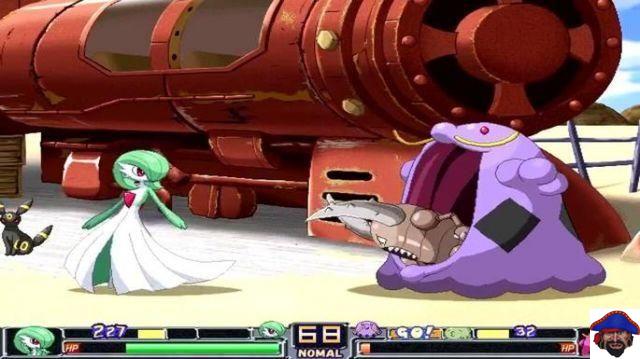 Pokémon: Type Wild is an extremely lightweight Pokémon fighting game. In all, there are only 9 playable characters: Gengar, Snorlax, Blaziken, Gardevoir, Breloom, Combusken, Lucario, Lopunny, and Swalot. Although it has few fighters, the game has very complete Street Fighter-style commands, as well as allowing customization of controls and even support for joysticks.

add a comment of The 11 Best Pokemon Games for PC!