Year after year, MOBA (multiplayer online battle arena) remains one of the most sought after games around the world. With several titles of great renown, the genre receives very little news in terms of new titles or new mechanics. Even so, there are always those who innovate in some way, whether by changing the perspective or even going 2D!

If you're looking to jump into the MOBA life or just switch games, check out our list of the best MOBA games for 2022 below! 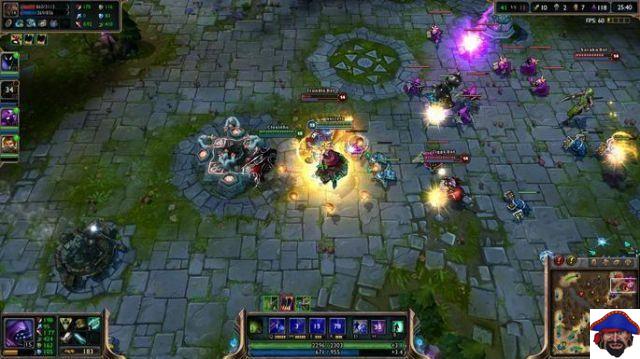 It had to be him. League of Legends is, without a doubt, the biggest MOBA phenomenon in the world. The game far surpassed its rival Dota in terms of popularity with its slightly simpler mechanics and more PC-friendly graphics.

Currently, LoL is the MOBA with the largest community of active players in the world. The game receives periodic balance and content updates that always revitalize the gameplay and metagame. In terms of eSports, LoL is also the most popular, with numerous global and local competitions around the planet. 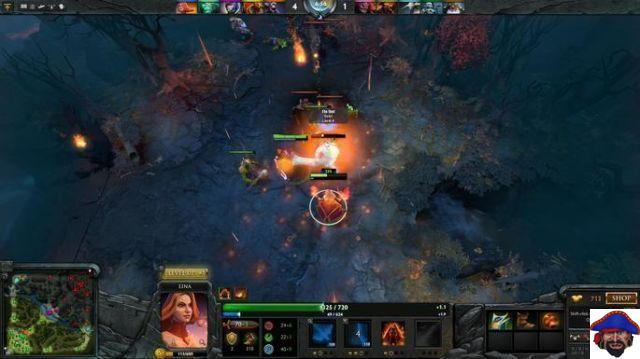 The franchise that put the MOBA genre on the map, Dota established the model used in basically every MOBA that came after. Its second version was released in 2022 and keeps loyal players active to this day. With better graphics and a slightly more complicated learning curve, Dota 2 caters to a different niche of players than those who prefer LoL.

Dota 2 also receives periodic updates, albeit more sparsely than League of Legends. The game is also the MOBA that offers the biggest cash prize in world championships.

3. Heroes of the Storm 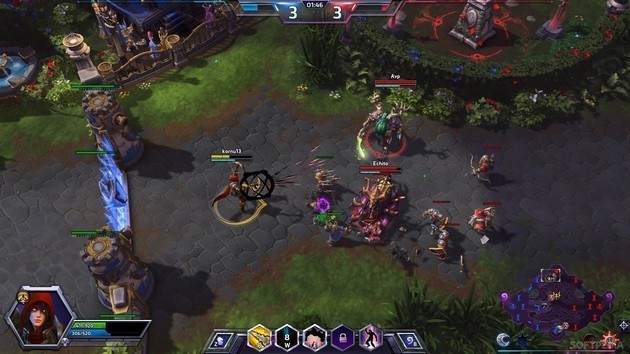 Heroes of the Storm is a MOBA by Blizzard that brings together heroes from several of its titles: Warcraft, Starcraft, Diablo, Overwatch and Nexus.

In terms of gameplay, HotS is simpler and easier than League of Legends, mainly because there is no money, no store, and no items. In addition, a great differential of the game is the fact that all the experience received by one of the players is shared between the team. This makes the game, as a whole, have a much greater focus on the team, making it very difficult for just one player to stand out.

Unlike other MOBAs, matches in HotS take place on more than one map, each with its own objectives. 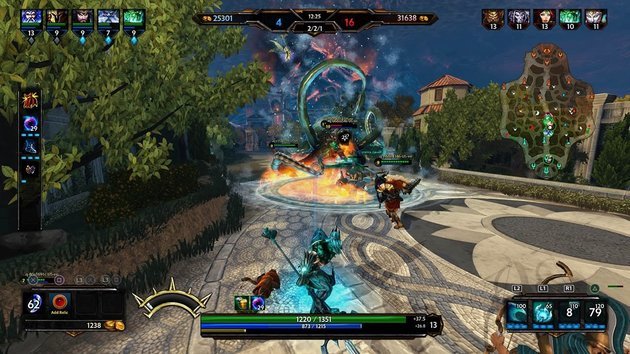 Smite is a MOBA whose theme focuses on different mythologies around the world. All characters are gods or fantastic creatures taken from Roman, Greek, Hindu and even Slavic or Polynesian mythology. In all, the game has more than 100 playable characters.

Smite is one of the most different MOBAs out there as it departs from the standard model in many ways. For starters, the perspective is in third person, that is, the player has much less vision of what is happening around him, which greatly increases the importance of communication between the team (matches are fought between teams 5x5). In addition, skills need to be manually targeted, which opens up a range of possible interactions that are not common in other games of the genre. 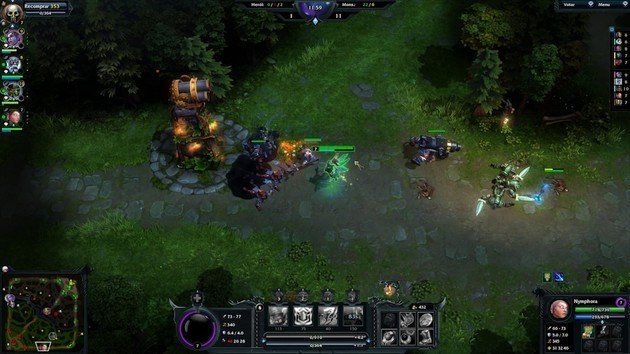 Heroes of Newerth, better known as HoN, is a MOBA released in 2010 that, despite having been very successful, never managed to surpass bigger names like LoL or Dota. That's not to say the game is bad, just that it doesn't innovate in any way.

HoN has a visual identity more similar to Dota 2, with a darker feel and a more “serious” air. The game also has more than 130 characters, a number higher than the playable heroes in Dota 2 and League of Legends. Other than that, Heroes of Newerth is just an alternative for those who want to experience a different MOBA on PC. 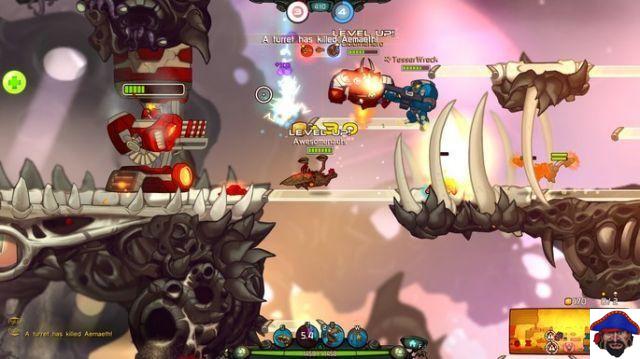 Awesomenauts is a very different MOBA from the others, mainly because it's in 2D! Despite seeming strange at first glance, the game has successfully managed to translate the basic mechanics of the genre into a 2D platforming scenario.

Even in 2D, Awesomenauts maintains all the essential elements for a MOBA: team matches, division into lanes, minions, items, skins, classes (tanks, DPS and support), etc. In addition, the objective here remains the same: advance on the map, dominate territory and destroy the enemy base while protecting your own. Undoubtedly a very original game that runs well on a weak PC. 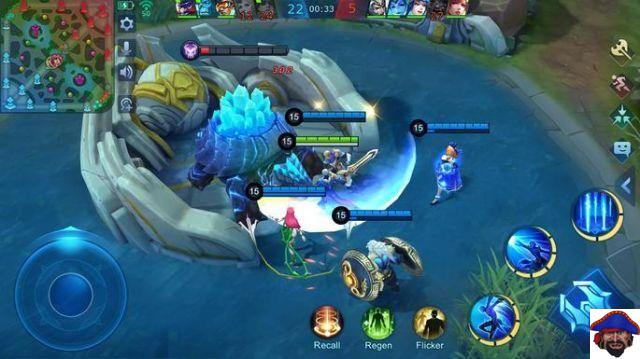 For years Mobile Legends has been the most popular MOBA for mobile phones. With simple gameplay and average graphics, the game is very accessible to novice players and still runs on most average devices. The game has more than 80 characters and several game modes, achievement system, skins, and much more. 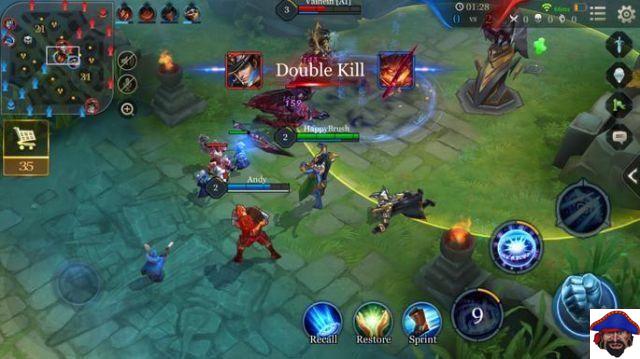 Arena of Valor is a MOBA that, in addition to having its own characters, includes some famous names from the DC universe such as Superman, Batman, Joker and Wonder Woman. Apart from that, the truth is that there is not much difference between Arena of Valor and Mobile Legends. The games have great similarities with each other ranging from the interface, talents, star ratings, identical commands, etc.

Perhaps the only difference worth mentioning is that in Arena of Valor it is possible to earn free skins by winning matches, which, let's face it, can be quite attractive. 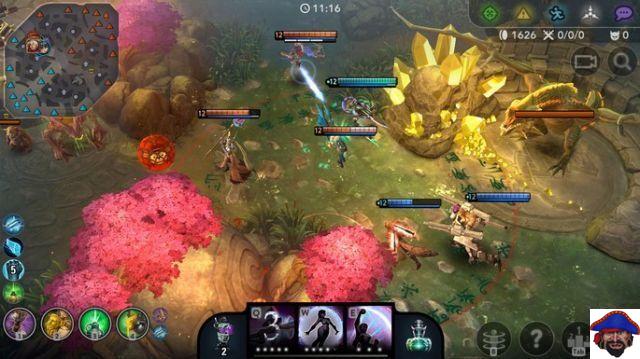 Undoubtedly one of the best MOBAs for mobile phones. Vainglory has top-notch graphics and gameplay and allows cross-platform crossplay, meaning PC players can compete with Android and iOS players, which greatly increases the game's active community. With that, the game is also great to be played on a weak PC.

Vainglory is also the most balanced MOBA for mobile phones so far and with very well-crafted heroes. Perhaps the only negative point is the number of heroes below the average of other games. In all, there are only 43 playable characters. 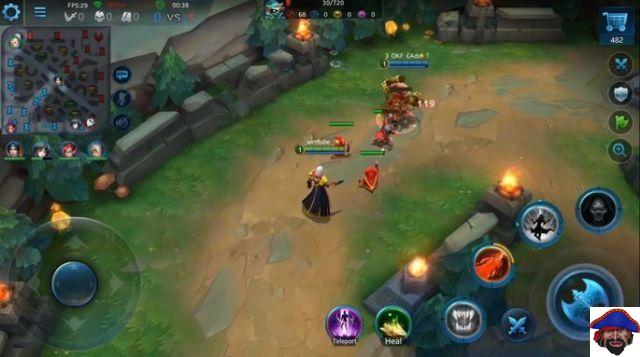 Another MOBA that deserves your attention. Although Heroes Evolved is not innovative in any way, the game delivers everything a fan of the genre can expect. In all, the game has more than 50 playable characters and several modes ranging from the most serious to the most relaxed.

Heroes Evolved Mobile's main focus is to offer shorter matches than the average for other games. Until December 2022 the game also had a PC version, but this was canceled, keeping only the mobile version.

The newest addition to the mobile MOBA world, Wild Rift is the adaptation of League of Legends for mobile devices. The game has the same visual identity as Lolzinho, but much less content so far, especially in the number of champions available. Even so, fans of the most powerful MOBA in the world can look forward to future updates to bring the game closer and closer to its original version. We'll see!

Audio Video The 11 best MOBA games of 2022 on all platforms!
The 11 Best Friday Night Funkin' Mods for PC and Android ❯