The 10 best PSP games for those who love the laptop!

The PSP was the first handheld created by Sony. Despite never having the same success as its cousins ​​consoles, such as the PlayStation 1 and 2, it has won a good number of players worldwide. After all, it received games from major franchises, such as God of War and Final Fantasy.

In this article, we've rounded up the top 10 PSP games that you definitely need to play if you still have the laptop or plan to buy one! See below! 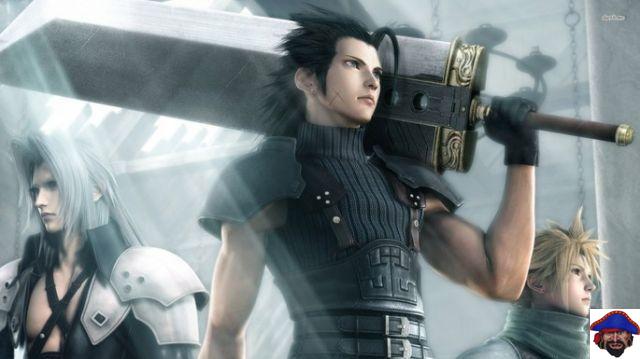 This is probably the best game on the PSP. Crisis Core: Final Fantasy VII is a prequel to FFVII. He is wonderful for many reasons. First, because it maintains the quality of the gameplay. As an action RPG, there is no title that beats Crisis Core on the PSP. All FFVII fighting mechanics have been perfected and they look amazing!

And, of course, the story. In this game we get to know Cloud and Sephiroth's past, in a deep plot, with super interesting dialogues. It's an essential game for anyone who has played FFVII and even for those who haven't played it yet. Especially now that Final Fantasy VII Remake is coming.

2. God of War: Ghost of Sparta 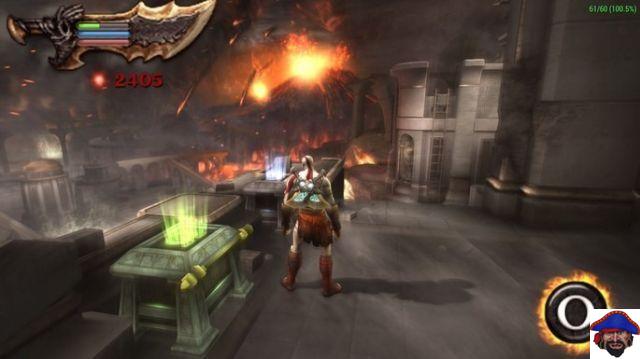 God of War: Ghost of Sparta is almost a spin-off of the franchise, which, unfortunately, only PSP owners could play. It sits between the first and second GoWs of the first trilogy. Kratos is already God of War, and now we've learned some interesting information about his past.

We find out how he earns his mark, we meet the Spartan's brother, Deimos, as well as his mother. It is a very important game in Kratos' mythology, as many mysteries from the first and even the second games are revealed. Mainly about the relationship between the Ghost of Sparta and Ares.

The game mechanics follow the success of the first title, in hack n' slash style, being, therefore, a super simple game to be zeroed. It's really worth it for those who like Greek mythology and for those who followed the Spartan's adventures in the first game.

3. God of War: Chains of Olympus 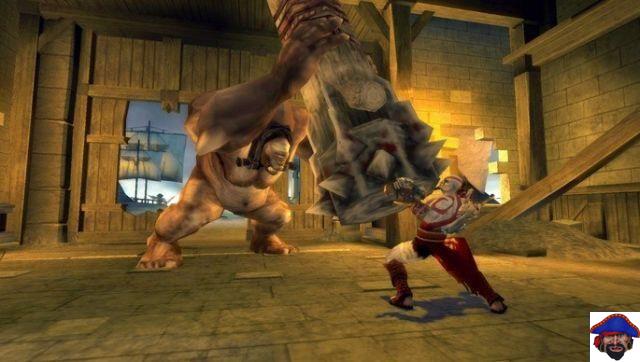 Chains of Olympus takes place between God of War: Ascension and God of War. It's a very dramatic game and it's the first in the franchise for PSP. In it, Kratos fights on behalf of the Olympian gods, still regretting the fact that he killed his family. He needs to find the god Helios, the sun, who has been kidnapped by the titan Atlas.

In terms of gameplay, it's the success we're used to. Throwing hits, using spells and exploring mythical scenarios is what you'll be doing throughout the title. There are new mythological creatures, such as a basilisk, and new gods appear before the deity slayer. It's a simple game, but that obviously conquers for its narrative. 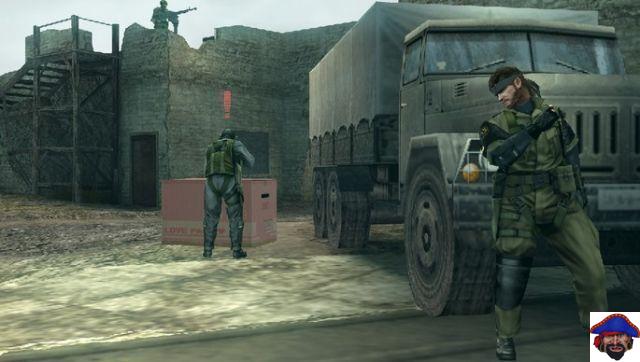 There is no such thing as a bad Metal Gear. And Peace Walker is a great highlight of the franchise for being one of the best stealth games on the PSP. The game is so good that it won a PS3 version and entered a remastered collection, the Metal Gear Solid HD Collection.

This title allows for cooperative missions, including gameplay tactics that favor teamwork. The movement and combat mechanics were adapted from several previous titles in the franchise. There is over-the-shoulder shot vision, you can move while crouching, but not while lying down.


Plot-wise, it takes place 10 years after the events of Metal Gear Solid 3, focusing again on Naked Snake, aka Big Boss. 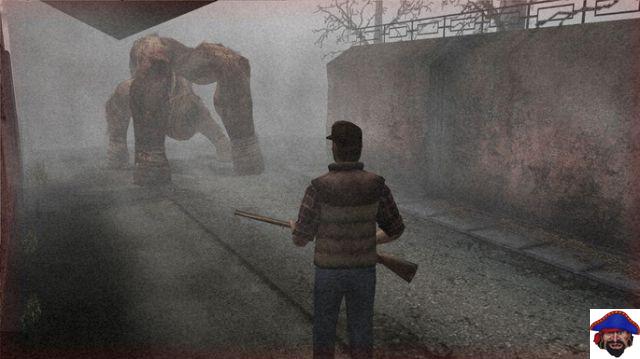 Silent Hill Origins is one of the games that every PSP owner needs to play. It's in third person, with those typical series angle changes. Controls are in 2D, to optimize performance. The combat system has been improved, and all weapons are finite. That is: they break after a few uses.

Despite not being able to run away from enemies, the protagonist Travis can dodge himself if he is grabbed. The presence of the Alternate World is another strong point of the game. Mainly because your actions in one world are reflected in the other.

Overall, the horror experience remains firm and strong, mainly due to the dark setting and the soundtrack focused only on the details. 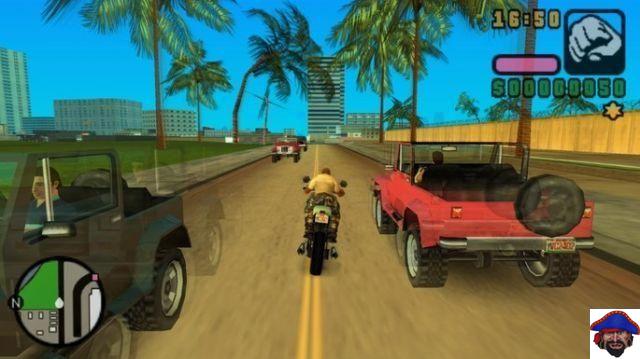 Vice City Stories follows the same idea as Liberty City Stories, which is to tell an alternate story in a setting already known to players. Instead of Lance Vance we now control Victor Vance, his brother. The plot takes place 2 years before GTA: Vice City, in a slightly different city, with several buildings under construction.

Vic Vance is straight, even being part of the Army. One of his supervisors, however, corrupt, forces him to run a drug trafficking business. Then you can imagine that things go wrong and that Vance gets into dozens of missions to survive it all.


Of course, with the right to car chases, a lot of shooting and those beautiful walks around the city that only GTA can provide. 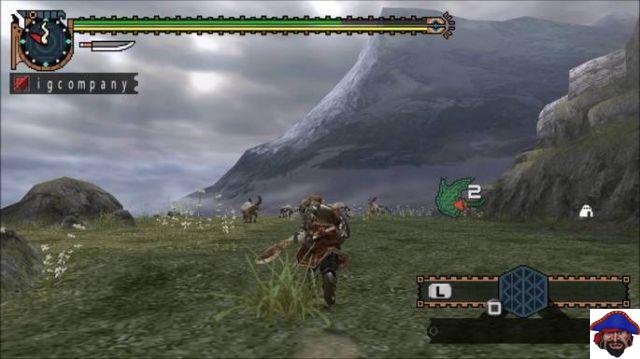 Monster Hunter Freedom Unite is part of one of the coolest franchises in video games. In this portable version, the player obviously embodies a monster hunter. He was attacked by a Tigrex, having fallen off a mountain and lost part of his memory.

This is how the game begins, with the player having to recover their skills and relearn some of them. From then on it is possible to choose between single or multiplayer mode. The single mode follows 4 different mission types. The more missions you carry out, the closer you are to facing the Boss of a certain power level, being able to move on to the other.

This game is quite challenging and is considered one of the most difficult in the franchise. It's really worth it, because, in addition to the fantastic gameplay, it brings very good graphics to the PSP. 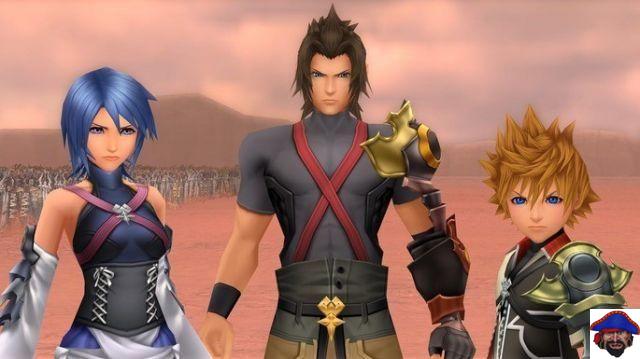 Of course, our Top 10 couldn't fail to mention Kingdom Hearts: Birth by Sleep. It serves as a prequel to the entire franchise, taking place 10 years before the first KH. The game focuses on Terra, Aqua and Ventus, characters who are on a mission to protect the animated worlds from evil creatures.

In terms of gameplay, it's one of the most different titles in the franchise. Each character has a specific helper, in addition to having their own techniques and spells. Something very different from what we see in other games, in which Sora masters several different powers.

Each character has their own "path" to be explored, which makes the narrative quite broad. Mainly because each game world has its own minigame after all the world's objectives are accomplished. This minigame serves to give extra items and abilities. 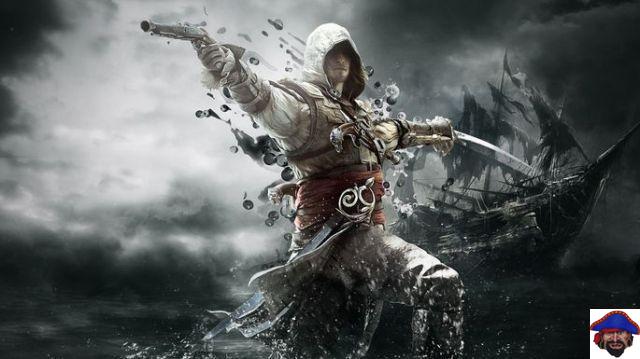 Another exceptional franchise that is present on the PSP. Assassin's Creed: Bloodlines takes place between the first two games in the series. It brings the same dynamics of the main games, with an open world to be explored by the player. The narrative is not linear, with several side missions to be accomplished.

Altair is back, now on the island of Cyprus. He left the Holy Land to continue his mission to assassinate the Knights Templar. However, the main focus of the game is to explain the relationship between Altair, Desmond and Ezio, both descendants of the first assassin shown in the franchise.

As for the gameplay, expect the success of the other games: stealth, parkour and several different ways to kill your enemies. 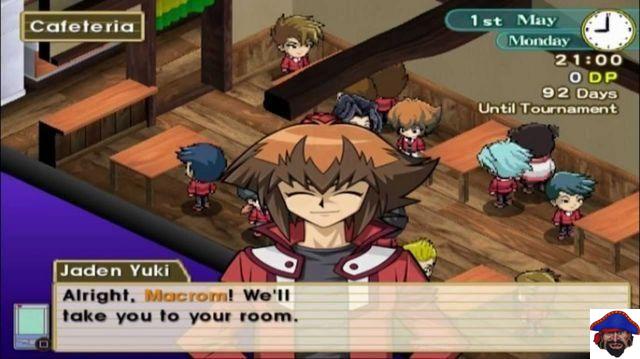 The third title in the Tag Force series is the fourth with the most cards in the entire franchise. There are exactly 3501 playable cards, which is a lot. It is based on the fourth season of the anime, in the GX saga, but does not exactly follow the main story of the cartoon. In fact, in terms of narrative it is quite confusing, which did not please the fans very much.

Still, it's well worth it for having crowned the Tag Force series, which started on the PSP. It is the first game in the franchise to allow players to choose a female character to control. The highlight, in the opinion of players, is being able to use non-GX cards, such as Synchros.

Audio Video The 10 best PSP games for those who love the laptop!
Top 10 Roblox Games to Play in Boredom! ❯

add a comment of The 10 best PSP games for those who love the laptop!