Terraria: 10 mods to get weapons, new Bosses and quests!

Terraria mods are made to make the game even bigger! In this article we list 10 of them, which will make you have even more reasons to play this sandbox. Weapons, quests and new Bosses will be added to your adventure! See below!

The mod in question adds tons of new content to the game. There are more than 20 new Bosses, more than a hundred new common enemies. There are new items to collect and craft, giving the game an even longer life.

Another cool thing the mod adds is new game modes. You can make gameplay difficult by allowing Bosses to kill you in one hit. Do you find it tense? So how about starting the game with super special abilities?

Thorium is the name given by the creator to the mod. But no, it has nothing to do with Thor! What's new are two new classes: Bard and Healer. Both are ideal for cooperative play, as well as giving the game a more RPG feel.

There are more Bosses, events, and even biomes in the game, which, added to the above mod, makes Terraria gigantic in terms of things to do. 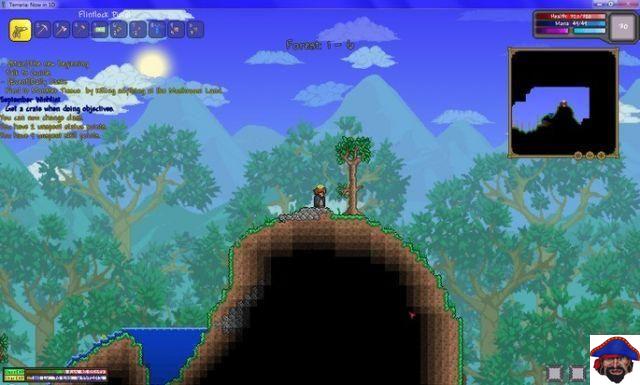 If Thorium hasn't added enough RPG elements for you, no problem! This one makes the adventure in Terraria a perfect role playing. It is an indispensable mod for those who don't like very "free" games.

There are a lot of new quests and that sense of direction, that you have a beginning, middle and an end to go. All with new classes and even races to choose from and meet.

Antiaris is a near-legendary mod among experienced Terraria players. It makes the game much bigger, adding 418 items, 24 mobs, city NPCs, Bosses, structures, soundtracks and the possibility to continue the game after the last mission.

It already starts by modifying the beginning of the game. When you build a world, you find a house in ruins, with an NPC inside it. This avatar will give you a guide to new quests and provide you with items for free, which are inside the structure.

Terraria Overhaul is not a mod that adds new features. It will basically modify what already exists in the game. More specifically, it makes gameplay more responsive and intuitive by improving battle and movement mechanics.

Nothing new, but it's still valid for making the experience more fun and simple. 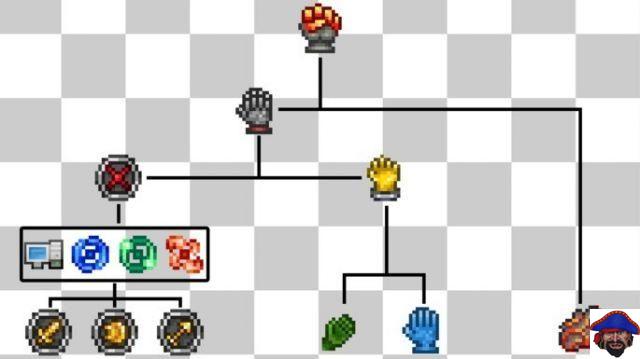 Crafting is one of the fundamental aspects of the Terraria experience. Without it, most of the gameplay doesn't make sense. But let's face it, it's not very complete. This mod aims to circumvent limitations of this experience.

By installing it, you can literally create whatever you want, wherever you want. Almost like Minecraft in that sense... 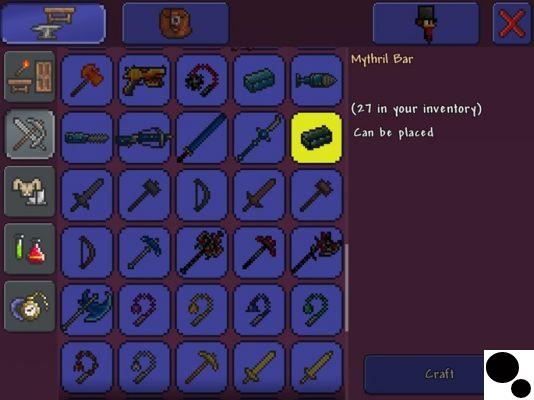 A complement to the previous mod. This modification will make crafting items even more spectacular. You will have a recipe organizer at your disposal. It lets you see everything you can build and will tell you which items to use.

But do you know which is better? With this mod you will know which creatures drop the items you need. Basically, it's like a Wikipedia of crafting inside Terraria. 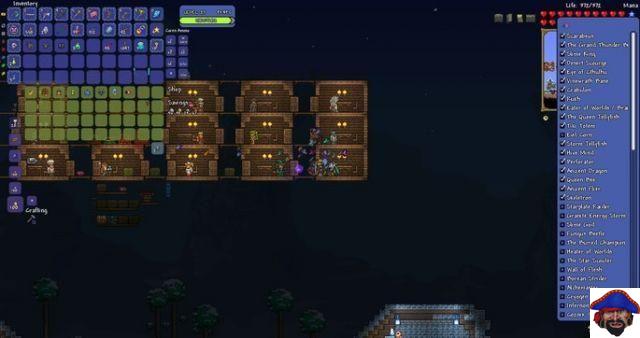 Simple mod and without much mystery: basically it's having a list with all the Bosses in the game. You can check each one you've already defeated. It makes it easy to have control over your evolution in gameplay. 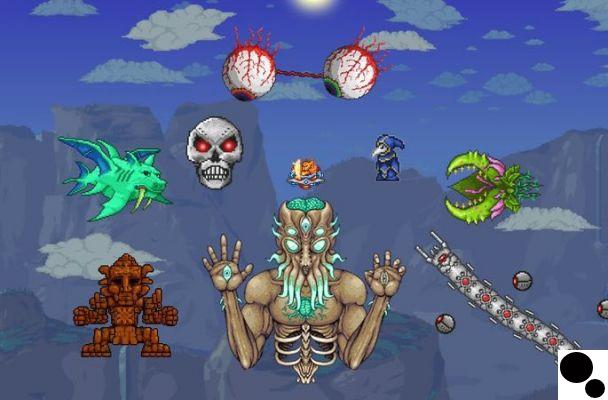 Can't find a Boss and now you're having trouble continuing the game? Not anymore! This mod adds NPCs who sell items to summon a boss. Or even several Bosses at the same time.

Find out what all the official Terraria Bosses are 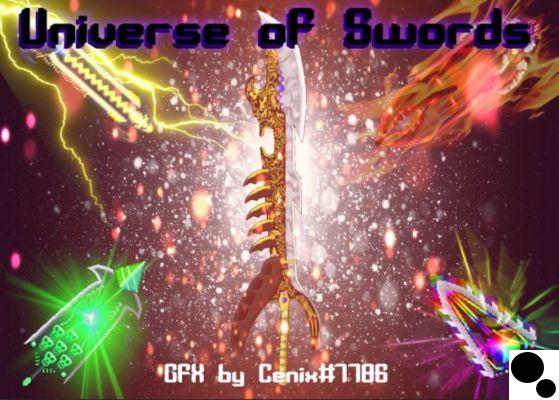 Those who like RPGs and a more medieval feel can't help but use swords, at least once in a while. But if you want "differentiated" swords, this mod solves your problem.

There are dozens of new swords in the game. We highlight a giant sword that literally blows up enemies as it throws grenades at them. Something that can really make your fights against Bosses a lot easier...

Installing Terraria mods will depend on which mod you download. The important thing is that you read VERY carefully the instructions for each file, which are available on the pages where you will download.

Make sure you have backed up your original files, especially the save game. Unfortunately, in some cases you may lose your data when making this type of modification.

Also see all Terraria NPCs and how to get them!

Get Wings in Terraria and make your characters fly!

Audio Video Terraria: 10 mods to get weapons, new Bosses and quests!
Terraria: learn how to get all the Wings and make your characters fly! ❯

add a comment of Terraria: 10 mods to get weapons, new Bosses and quests!