Super Mario: the 12 best games of the famous plumber!

Mario is, without a doubt, the protagonist of the most famous and successful franchise in video games. With dozens of games to his name across multiple platforms, Plumber has games old, new, remakes, racing games, sports, adventures, RPGs, and more. In a series full of so many gems, we have selected below a list of the 12 best Mario games for you who are a fan of the mustachioed! 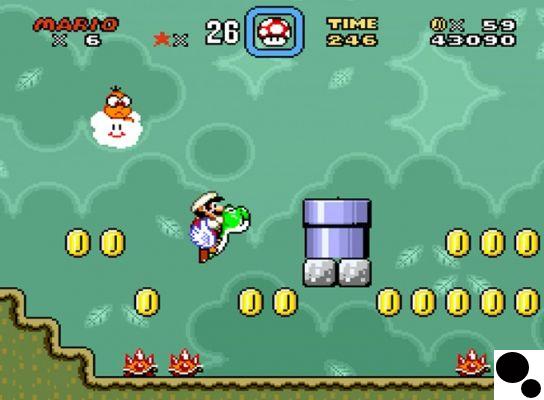 Undoubtedly the biggest success of the 90's, Super Mario World was the famous plumber's debut on a system that allowed more than 8-bit. The game was also responsible for introducing dear Yoshi, who since then has been sacrificed for Mario to jump higher...

With over 90 levels, Super Mario World was a vast game full of secrets. If you've played it, you might remember several secret passages and alternate exits for some stages (remember Star World?). Definitely one of the best Mario games and also one of the best games of all time. 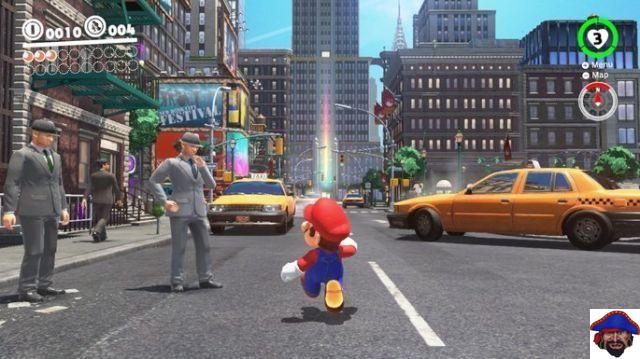 By far the richest and most ambitious Mario game, Mario Odyssey broke all boundaries by presenting 17 realms with breathtaking graphics and an unprecedented level of freedom of exploration. This time, Mario's hat itself is a character called Cappy, and it can be used in different ways, whether to attack, jump on top or even OWN enemies. That's right!

Mario Odyssey has numerous minigames and very varied styles of stages, some even in 2D. The possibility of gaining control of enemies and other beings also helps to keep the gameplay always fresh and fun. The game even features a real-world realm where Mario explores a city heavily inspired by New York. In our opinion, the best Mario game ever made, but for reasons of nostalgia and "historical relevance", we put Mario World ahead. 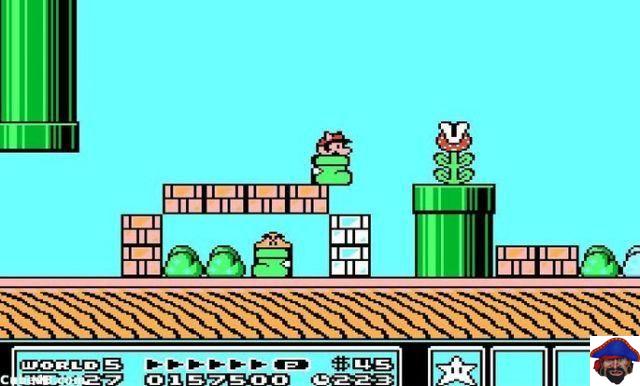 Super Mario Bros. 3 was a game before Mario World, but it offered the same level of depth. Even with inferior graphics to its successor, Mario Bros. 3 featured 8 themed Realms, each with different stages and different obstacles. Some stages also had secret exits that gave access to new levels or gave power-ups.

Speaking of power-ups, Mario Bros. 3 offered even greater variety than that found in Mario World. Here you had access to various outfits that gave Mario special abilities. In addition to the Fire Flower and Cloak, here you could find a frog outfit to swim faster, a giant boot to jump higher, and the famous raccoon outfit that allowed him to...fly. Things we didn't question in the 90's... 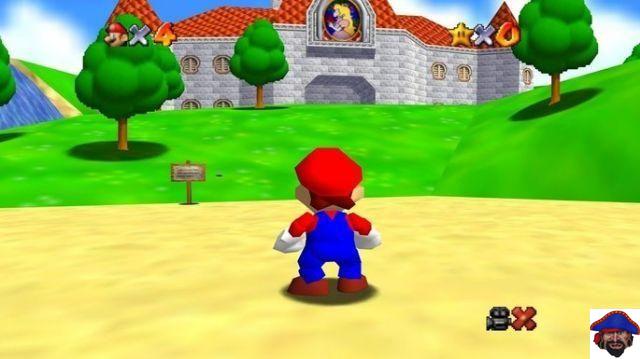 Super Mario 64 is another game of extreme importance in the history of the mustachioed plumber. The title was where Mario appeared in 3D for the very first time, and the transition was very successful, as the game managed to translate all the classic elements of the franchise into three dimensions, giving the Mario universe a new face and a level of depth. unprecedented.

In addition to its importance to the history of Nintendo games, Mario 64 is a masterpiece in itself. With a much wider range of actions, jumping on enemies' heads was no longer enough, as you would also need to crouch, crawl, climb, kick, punch, swim and even double or triple jump. Super Mario 64 is so good that it even got a remake for Nintendo DS in 2004. 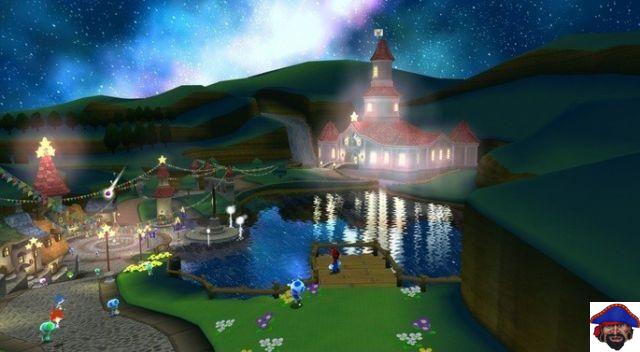 When the World got too small for Mario, it was time to explore different Galaxy. Super Mario Galaxy followed the same formula as the other 3D Mario games, with the difference of having absurdly beautiful scenarios and sound effects of a quality never seen before. Being able to literally jump from planet to planet while defeating new or familiar enemies is one of the most fun things about the entire franchise.

Super Mario Galaxy 2 is extremely similar to the first title, but with new power-ups, dynamic scenarios and also the presence of the great Yoshi. Undoubtedly an uninnovative sequel, but when it comes to such a GOOD game, the more the better. 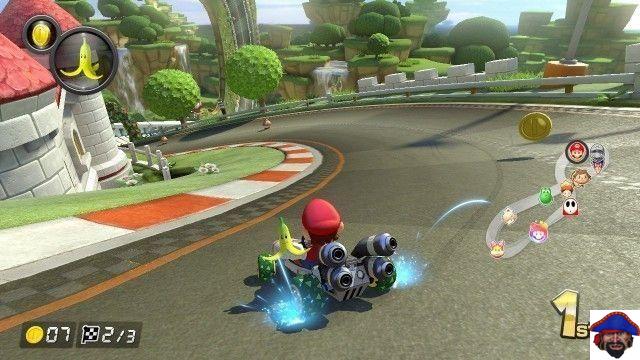 I leave here our recognition to the entire Mario Kart franchise, but the last game released is, without a doubt, the best. Mario Kart 8 Deluxe is an enhanced version of Mario Kart 8, originally released for the Wii U. The game features many new mechanics, items and characters, offering a richer experience than ever before in the Mario racing series.

Mario Kart 8 Deluxe has all the characters that were DLC (downloadable content) in the original version of the game, totaling 42 playable characters. The game also has about 50 tracks and 12 cups, 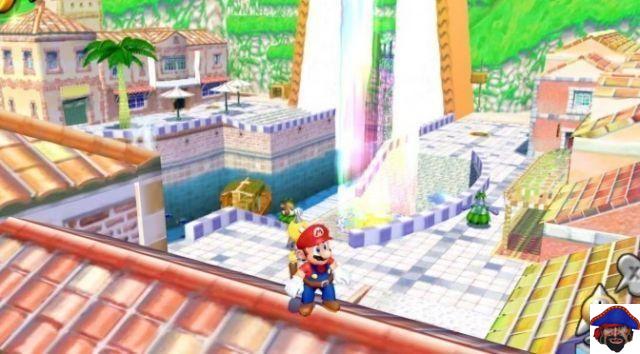 Super Mario Sunshine was Mario's second 3D game, so expectations were high for this title. Of course, Nintendo did. With a very different theme from the ones seen so far, here, the adventures take place during Mario and his friends' vacation on a tropical island called Delfino. The game's plot is already fun: a villain named Shadow Mario vandalized the whole place and Mario took the blame. Now, as punishment, Mario is forced to clean the island with a kind of water jet. Ah, he also needs to save Princess Peach from Shadow Mario's hands...

Most of Mario Sunshine's gameplay revolves around FLUDD, the water jet. Mario has access to different ways to use it, whether it's attacking enemies, cleaning up enemy dirt, jumping off cliffs, being launched VERY high in the air or increasing your speed. 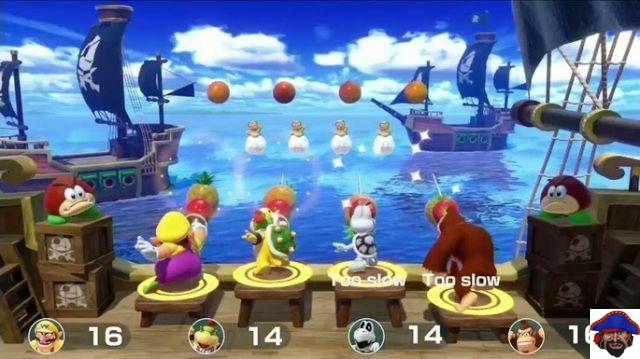 Super Mario Party is the 11th title in the Mario Party franchise. If you've never played one of them, it's time to rethink your choices. For those who don't know, Mario Party is a board game where multiple players can choose their favorite characters, roll dice and advance. In addition to the board itself, the game involves more than 80 extremely fun and varied minigames that players must participate in to earn power-ups and coins.

The biggest differentiator of Super Mario Party in relation to previous titles in the franchise is the online multiplayer support. Although board games are not available in this mode, it is possible to play the minigames (which are the best part of the game) with players from all over the world. 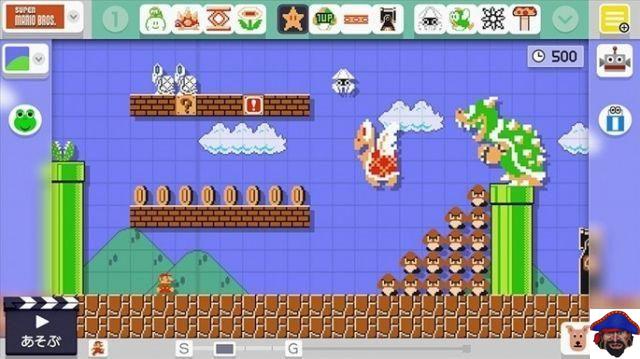 Super Mario Maker is possibly the most innovative game on this list. Although it does not have a plot (the Princess was not kidnapped!!), the game allows players to build their own levels using various tools and elements present in several titles in the franchise. In all, players can choose between layouts from Super Mario Bros. Super Mario Bros. 3, Super Mario World and New Super Mario Bros U. After choosing the style of the level, you can build your own level, with all the elements and the desired difficulty level.

After you finish creating a level, you can upload it so that all players in the world can play it. However, the game requires you to be able to pass the level yourself before you can publish it. That's why Mario Maker is a game for those who like challenges, as the limits here are the imagination of millions of players around the world. 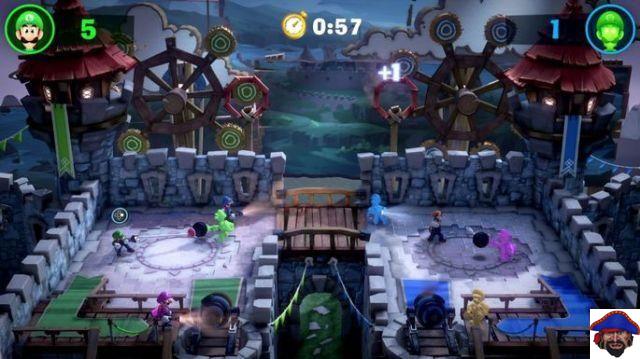 Okay, okay, it's not a MARIO game, but you know it deserves to be on this list. Luigi's Mansion 3 is the third game in the franchise that has Luigi as the protagonist. Just like the previous two games, in this one you also have to explore a haunted hotel while catching ghosts with your Poltergust device.

Luigi's Mansion 3 features a single-player story mode with 17 themed levels and a multiplayer mode that allows up to 8 players to play cooperatively or against each other. The game was extremely well received and was even awarded the "Best Family Game" in 2022. 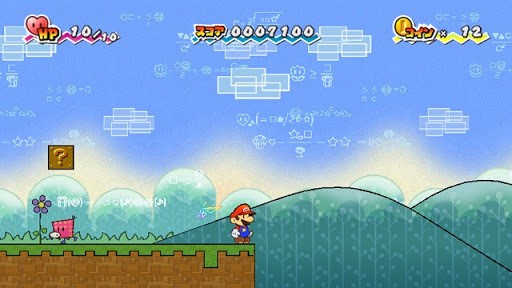 The Paper Mario franchise has always deserved recognition due to its innovative mechanics, fun and, above all, pure charisma. But it was in Super Paper Mario that the series offered, so far, its best version. For those who have never played it, it's a platform game mixed with RPG where Mario can travel between 2D and 3D dimensions. The game has several elements that are not present in other games in the series, such as an experience point system, NPCs, primary and secondary quests, etc.

One of the main graces of Super Paper Mario is the secrets hidden by the dimensions. At various times you'll need to switch between 2D and 3D to be able to move forward and discover hidden paths that weren't visible otherwise. The game also makes great use of the Wii Remote's motion controls, especially within minigames. 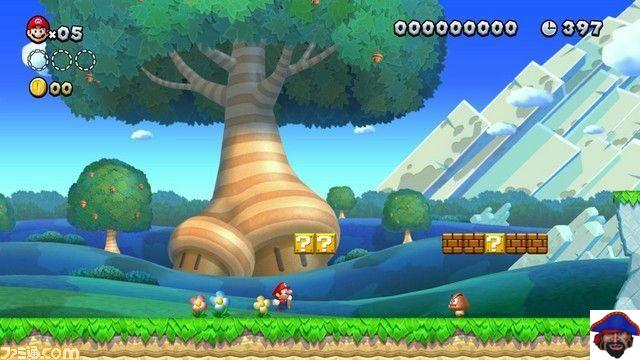 New Super Mario Bros. It was the first game in a new series of games within the Mario franchise. The game returned to the 2D platform model, but with 3D characters and objects. He also "imported" several mechanics that were only present in 3D Mario games and, for the first time, we can triple-jump, wall-jump and perform the famous "ground pound" in two dimensions.

Just like the first Mario games, the objective here is simply to reach the end of the levels and grab a flag. Although the game was somewhat criticized for its simplicity, the immense sales success led to the start of a new series of games marked "New" in the titles.

add a comment of Super Mario: the 12 best games of the famous plumber!