Stardew Valley: how to play multiplayer mode and see the rules!

Stardew Valley's multiplayer mode allows up to 4 players to team up in the same world to advance cooperatively through the Campaign. While the objectives and most of the mechanics are the same, there are some important differences that are applied to adapt the gameplay. Check out everything you need to know about Stardew Valley's multiplayer below!

Attention: Stardew Valley multiplayer is only available for PC, PlayStation 4, Xbox One and Nintendo Switch, meaning you cannot play with other players on Android or iOS.

How to create a multiplayer world

From the main menu, select “Coop”. On the next screen, click on the “Host” tab and then “Create New Farm”:

In the next menu on the left side you need to decide the number of starting spaces (1 to 4). This number will define how many players will be able to join the world. Right below you can choose the layout of the houses (together or apart) and define the profit margin, which we will talk about below. 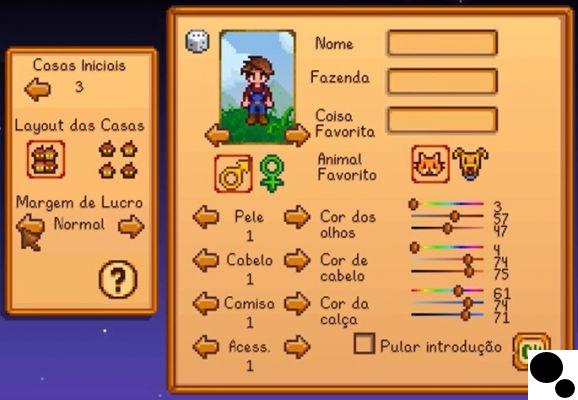 After these settings, choose a name for the character and for the farm and press “OK”. There, your multiplayer world is created.

It is also possible to convert a single-player world to multiplayer just by building more houses on the Farm. To do this, just pay the amount of 100 Gold to carpenter Robin, for each desired house. After building, save the game, and when you return to the main menu, it will be available in the “Coop” menu.

Reminder: you can only play in a multiplayer world when the host is online!

How to invite friends in Stardew Valley multiplayer 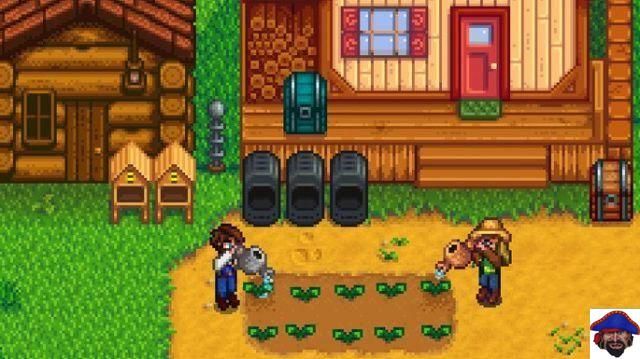 To invite friends to your Stardew Valley world, just follow the steps on your online platform:

Alternatively, if you want to join a world created by someone else, simply request an invite on their respective platform or access the “Coop>Join” menu, where you can see the worlds created by your friends.

Differences between single-player and multiplayer mode 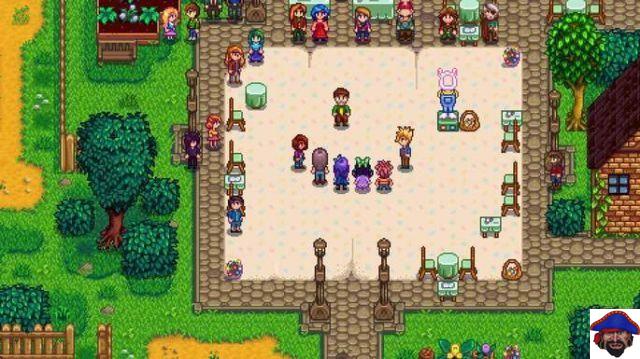 As stated earlier, Stardew Valley's multiplayer mode is basically identical to single-player, with some major adaptations:

The profit margin defined at the time of creation of the multiplayer world serves to balance the game's economy, since productivity will be much higher with more players. Thus, it is possible to vary the margin between 25%, 50%, 75% and 100% to reduce the money received on the sale and increase the price when purchasing items.

If you want to keep the economy identical to the single-player mode, you will have to reduce the rate in proportion to the number of players, but it is also possible to make things easier by keeping the profit rate the same, even with more players producing and selling items.

Nothing changes regarding Experience Points in multiplayer, as each player receives Points according to the actions they perform. However, it is important to remember that only the player who completes the action will earn Experience Points, no matter who started it, that is:

The difficulty level of missions is always adapted to the highest level player. All of them must be completed individually, but players can help each other out. Thus, only the player who completes a quest will receive the rewards and progress, but nothing prevents other players from helping him find the items, for example.

Quests that have effects on the map (such as repairing the bridge) will apply to all players.

Players can marry each other the same way they can marry NPCs: by offering a Wedding Ring. NPCs, in turn, can only marry one of the players (of course).

In order to have children, you need to meet certain requirements:

Audio Video Stardew Valley: how to play multiplayer mode and see the rules!
Stardew Valley: Complete Guide on How to Use and Unlock the Greenhouse! ❯

Stardew Valley: Complete list of Gifts for each character!

Check out the 8 best Stardew Valley mods and how to install!

Stardew Valley: Complete Guide on How to Use and Unlock the Greenhouse!

Stardew Valley: Complete Guide to All Fish and Where to Find Them!

add a comment of Stardew Valley: how to play multiplayer mode and see the rules!