In Rainbow Six, it's vital to know your operators' skills. In a game that relies so much on teamwork and tactics, knowing the best operators for the mission is the best way to win. There are more than 40 operators, both attackers and defenders. Choosing an operator will always depend on the map, the mission and your personal preference. There are more stealthy operators, better used by players who prefer surprise and there are others more dynamic, which serve to detonate everything and everyone. 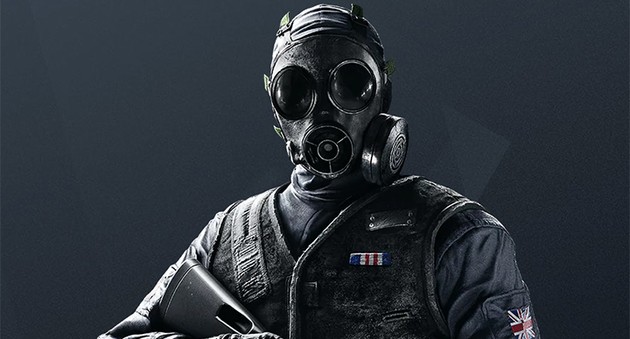 Trained by the SAS, Thatcher is always a good addition to any team. he is an operator balanced, with good weaponry, ideal for starters. Her use of EMP grenades makes Thatcher a nightmare for opposing teams who rely too much on electronic devices.

Exclusive Gadget: EG MKO-EMP grenades. These grenades will fry any electronic device. If the defending team is using any, your unlucky day has come.

Tip: Thatcher always has a place on any team for her versatility. 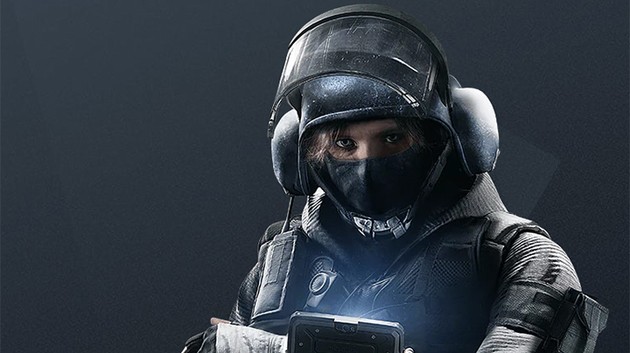 In a game like Rainbow Six Siege, finding information about enemies in real time is vital. IQ is the best operator for discovering electronic surveillance devices, but it's up to you to warn your team in time of threats. It's important to know how to communicate with your team verbally or else you won't be able to get the most out of IQ.

Exclusive Gadget: RED MK III “Spectrum” Electronics Detector. This detector allows IQ to detect any electrical appliances that appear as circular waves on the device's screen, whether on the floor, ceiling or wall. IQ is the perfect operator to counter the Pulse operator.

Tip: If your playstyle is more calculating and you appreciate organized team tactics, IQ is a sublime operator. If you prefer a more aggressive role, you're not taking advantage of the best IQ skills. 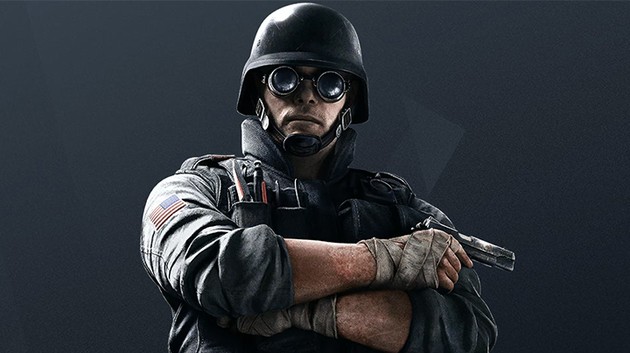 Thermite is virtually irreplaceable on any attacking team, for its use of high-impact explosive charges. These can breach any wall and Thermite can use her powerful weapons and stun grenades right away. It is a good operator for the beginner.

Exclusive Gadget: Exothermic Explosive Charge Brimstone BC3. Place the charge on any surface that needs to detonate and activate your remote, away from the preferred location. BC3 is more powerful than normal breach explosives and takes a few seconds to activate. A good tactic is to immediately throw a stun grenade after the breach opens.

Tip: Thermite is always useful, on any team. Its wall-blasting ability and high-damage weaponry make it a solid, if predictable, choice. 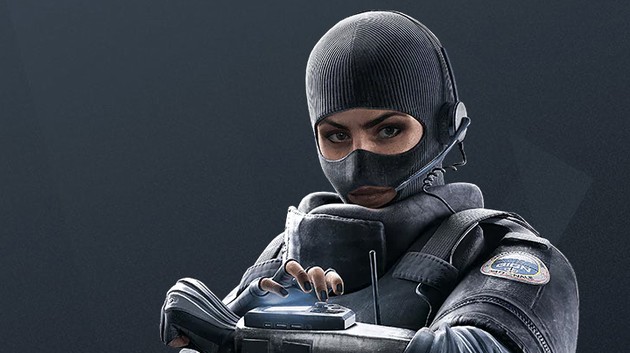 Difficult to master for a beginner, this GIGN-trained operator is an expert at detonating surveillance devices using her ground-based drones. These amazing gadgets use electric shocks to knock out any type of electronic device that is detected. Additionally, Twicth's varied weaponry is a nice addition to any team.

Exclusive Gadget: Drones with wheels, armed with tasers. By controlling them, Twitch manages to eliminate cameras or other surveillance devices, leaving the enemy blind to their movements. Drones are slow and big, but they can withstand several shots before they break.

Tip: Enemies will try to quickly eliminate Twitch's drones, due to their size and weight, but using them well, Twitch is a real nightmare. Her varied weaponry, from shotgun to sniper rifle, makes her a versatile operator. 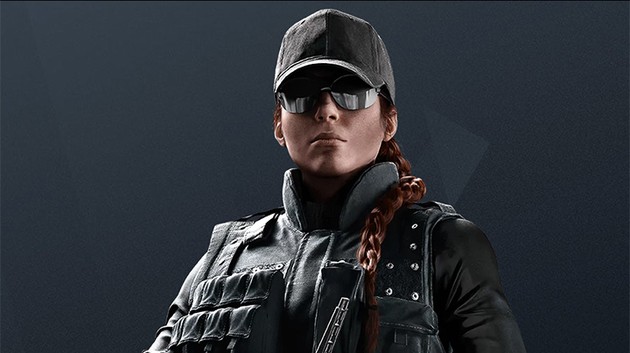 This FBI-trained dynamic entry specialist is for aggressive players. Highly mobile, difficult to hit for his small stature, and capable of breaching walls and ceilings using his M120 shotgun, Ash is made to be fast and lethal.

Exclusive Gadget: M120 CREM Shotgun with two incendiary rounds. Need an opening? A bullet like that makes a nice hole in normal walls or ceilings. But remember you only have two of these bullets.


Tip: Ash is valuable for blasting through enemy defenses and creating openings. She is a fast and efficient operator, but needs to be well coordinated with the rest of the team to take full advantage of her speed and aggression. 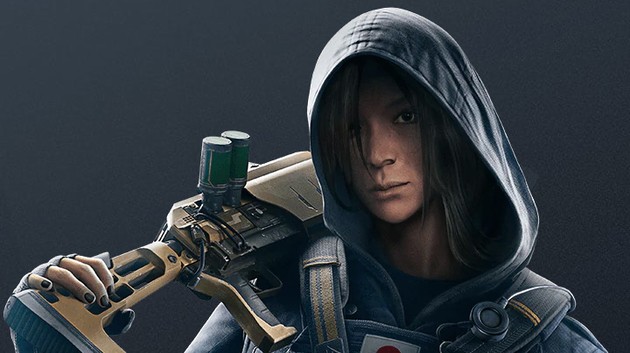 An expert in Martial Arts and armed combat, Hibana is an attacker who needs to be used with tactical intelligence and good team coordination. Its 40mm X-Kairos grenade launcher allows you to launch and detonate small loads on reinforced or normal walls from a distance, without putting it at risk. However, the gaps are small and Hibana's weaponry is not very strong, needing the rest of the team to assist her in the continuation of the mission.

Exclusive Gadget: Launches Kairos 40 mm Grenades. This powerful weapon allows Hibana to detonate normal or reinforced walls with well-aimed shots or open gaps to observe/shoot. Grenades don't do as much damage as Thermite's explosives or Ash's special shots, for example, but they are more flexible and in greater quantity.

Tip: Hibana is a good addition to the team if used to create opportunities and gaps quickly. Its weaponry doesn't allow for a good defense so it needs a strong team to be more effective. 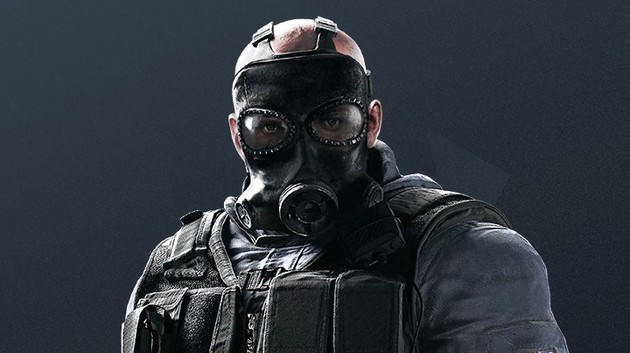 Armed with a massive sledgehammer, Sledge is anything but subtle. On maps with wooden walls and floors, Sledge manages to break everything and attack without fear or mercy and complement it with his weaponry. He is a simple operator to understand, perfect for a beginner who appreciates direct action and aggression.

Exclusive Gadget: Tactical Sledgehammer known as "The Log". Despite its rough appearance, Sledge is relatively quiet when breaking through walls, doors, and ceilings, compared to operators who prefer explosives.

Tip: Sledge is a solid, balanced and robust operator that pays to have on the team. On the right maps, with fragile construction, your sledgehammer can do more destruction faster than using explosives. 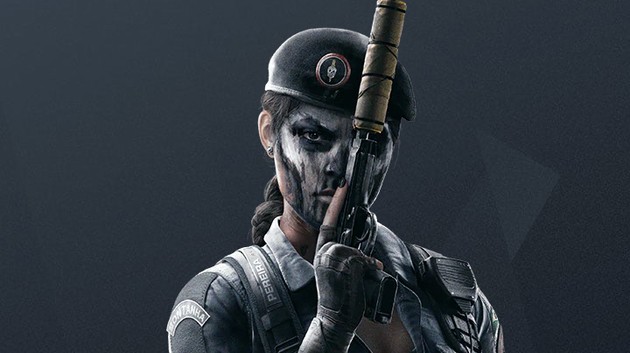 Skull is a difficult operator to master that needs extensive knowledge of each map. Her weaponry is relatively weak compared to other operators, but Caveira was created to silently eliminate opponents, not firefights. If you like to move silently in the shadows and take out the enemy team before they realize what hit them, then this is a good choice, but be prepared for a long apprenticeship. Either you're a Skull or you're a kid.

Exclusive Gadget/Skill: Skull can move silently using Silent Step. This ability recharges itself during the game. Additionally, Caveira can eliminate or KO his opponents with Luison, silently. In this knockout state, she can interrogate and report the position of the remaining enemy team within a few seconds.

Tip: Skull is a nightmare for the enemy team. Used well, it can silently eliminate the attacking team or delay their advance. If you are a patient player with nerves of steel, she is a good option. 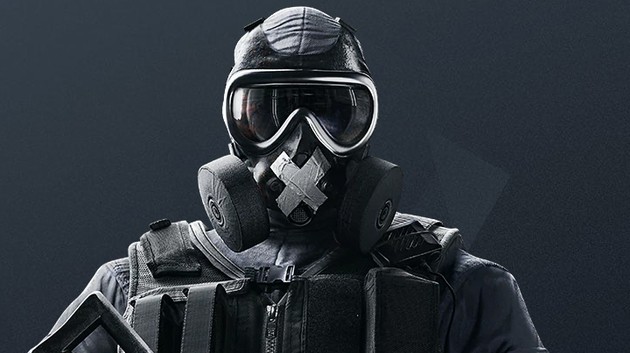 When defending, it is important to deny the enemy access to important zones. After reinforcing walls, it is important to block electronic signals from explosive charges or other devices such as drones. Mute specializes in this type of electronic defense, using his GC90 "Moni" jamming devices. Good use of the ultra-fast MP5K also makes it a real hazard.

Exclusive Gadget: Signal Disruptor GC90 "Moni". Using this system, Mute is able to block electrical charges from exploding and prevent drones from working. If the enemy team doesn't bring a Thatcher, the match will go very badly for them.

Tip: Mute is faster than Bandit at setting up his switch and this one is effective on all surfaces. It is the best anti-drone remedy. 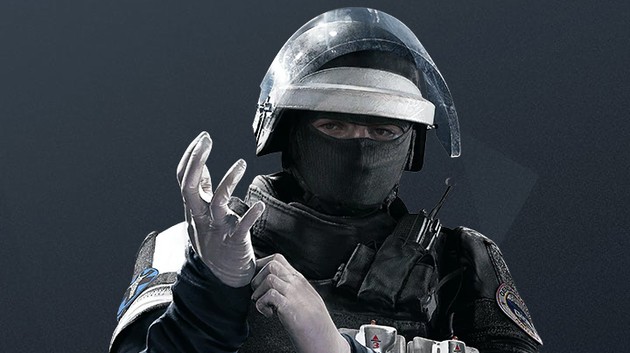 Doc manages to keep the team alive using his hypodermic darts. It is best used by patient players, who keep the team in full swing while keeping the objective under constant watch. If you prefer a more aggressive type of game, you're not a good operator, but in the right hands it's pure gold.

Exclusive Gadget: MPD-0 Stimulant Dose Gun. Doc can use his darts to heal comrades from a distance or himself.

Tip: Keep Doc close to a teammate to revive or heal him whenever needed, or keep the team under surveillance. Doc is a waste of the team if used by individual players. 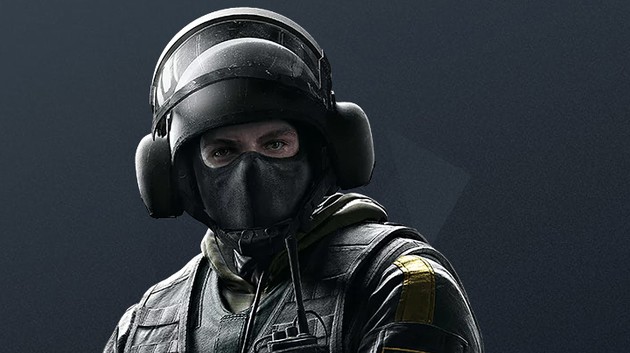 A specialist in dirty tricks, Bandit is a defender who works well in a small area, preferably with a lot of metal. Your Shock Wire gadget can electrify any metallic surface, disabling explosive charges from running into a wall, for example, or seriously injuring an enemy if it touches electrified barbed wire.

Exclusive Gadget: Shock Wire CED-1. Place near a metal surface to electrify it. Great for defense, especially when combined with barbed wire: if your enemies aren't electrocuted, they'll try to detonate the CED with shots, warning of your presence.

Tip: To best use Bandit, you need to know the maps relatively well and know where to place your Shock Wire. So you can lure your enemies into an ambush or slow them down quite effectively. 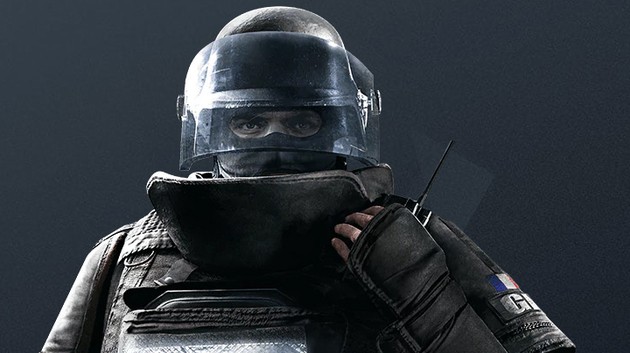 This former GIGN operative is slow, but with very strong armor. His unique gadget is to equip his teammates with bulletproof vests. making them more difficult to eliminate. It's a simple but effective skill: more armor, more chances to survive.

Exclusive Gadget: Bulletproof plate bag RN1: Rhino. Protect your teammates by placing the bag at your disposal right at the start of the match.

Tip: Rook doesn't have the most amazing ability of all, but it works. Other than that, he's a well-armed and tough operator for players who don't fear attackers. 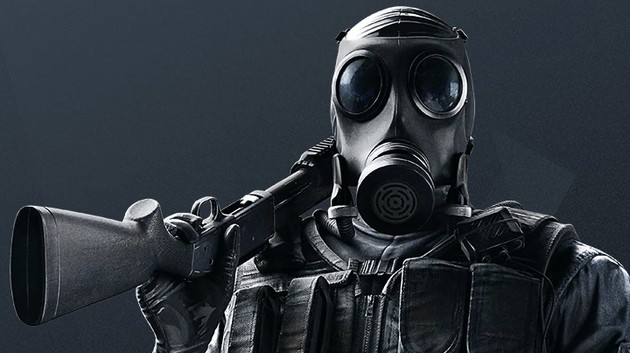 Smoke is one of the best defenders in Rainbow Six Siege, especially in the last moments of the game. Using his toxic gas grenades that explode remotely, he is able to deny movement to the enemy team, as well as disorient them for a few precious seconds. And that's all he needs.

Exclusive Gadget: Z8 gas grenades. They can be detonated from a distance to surprise your enemies and glued to the wall or ceiling. They are best used in the final moments of the game. This way, you force your enemies forward into a gas-filled zone that takes health and disorients (the gas is too thick) while filling them with gunfire.

Tip: A great defender for beginners, Smoke is very useful as long as he uses his gas grenades at the right time. With a duration of just 10 seconds, the surprise factor doesn't last long.

Fast, hard to hit, and well-armed, she is a defender for aggressive players who like to surprise the enemy team. Her sticky bombs are one of the best traps in the game, making her very effective as a defender and a literal headache if you're close to one.

Exclusive Gadget: GRZMOT sticky mines. These proximity mines can be placed in different locations and are relatively easy to camouflage. They emit a loud flash and sound that disorients all players within their range. They can be detonated with shots.

Tip: Your mines are extremely versatile. They can be used to interrupt the assembly of devices or explosive charges and serve to disorient even enemies behind a shield.

add a comment of Rainbow Six Siege: The 14 Best Offense and Defense Operators