PUBG: know where to loot on the Erangel map

to win in PlayerUnknown's Battlegrounds (PUBG), you need to know the map well to do the best loot. With such a large map, searching for gear is a pretty daunting task, but this simple guide will increase your chances. Knowledge is power and to know better the map of Erangel and the best loot locations are a big plus.

PUBG is known for the unpredictability of each scenario. Supplies drop in random locations all over the map. You can drop in one place and quickly get powerful weapons, bulletproof vests and other valuable supplies or find nothing at all. However, we have put together in this list some places where you will get useful loot with a high probability of success.

Basically, locations with more buildings and dwellings have better chances of valuable loot, although nothing is certain. Unfortunately, where there is loot, there are also other players. The more valuable the location, the more likely you are to find other friendly players, who at the slightest chance will fill you with lead. 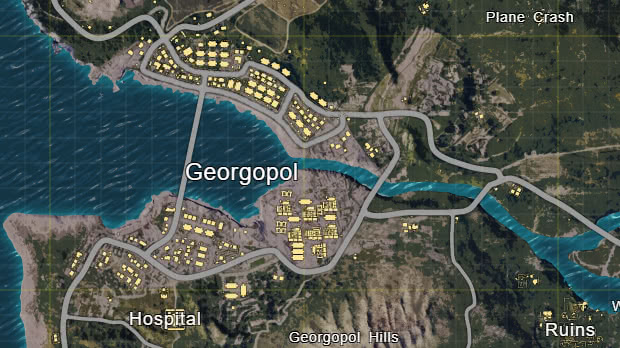 Located in the northeast of the map, Georgopole It is one of the best places to get varied loot, both in quantity and quality. You can get assorted weapons, bulletproof vests and much more. The city's greatest wealth is the vehicles that appear in the many garages scattered around the area. Of course, a vehicle allows you to quickly move to other zones. Georgopol's main flaw is the amount of players it gathers, all wanting the best loot and the best vehicles. If you decide to enter the piece, get ready for a real battle.

North Georgopol has many buildings and apartments to loot. Always try to start with the upper floors and gradually work your way down to the lower floors. Roofs and high areas are ideal for achieving good visibility of the area. The southern shore of Georgopol is less risky, but usually has less loot. Particularly valuable, the Hospital it is further south, with a roof that allows good visibility and a nearby vehicle spawn. The containers on the southeastern side of the city are simple to access and loot, but be prepared for relentless fighting. 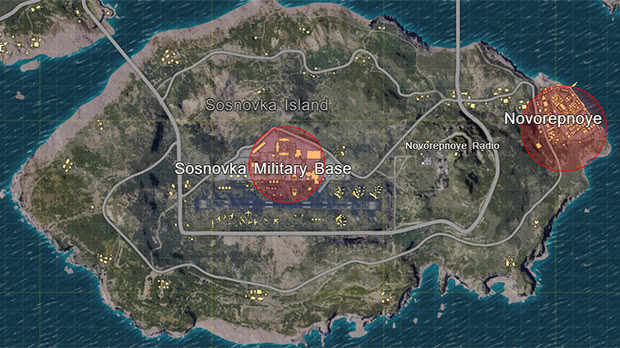 All players want to reach the island of Sosnovka they barely jump out of the plane as it is one of the most valuable locations in terms of loot. You are almost certain to find effective weaponry like assault rifles, helmets and bulletproof vests at the abandoned military base. In the central part of the base, there are some buildings where from the roof it is possible to safely observe the surrounding places.

The main disadvantage of the island is that it is located at the southern tip of the map and has only two accesses by land. Using a boat it is easy to be detected while trying to moor. Another negative point is that if the plane leaves you far away it will be very difficult to reach that place safely.

The port of Novorepnoye is less risky than the military base, but it has many zones with blind angles, and the containers are too close together to make orientation difficult. However, there are three guaranteed car spawns and most likely boat spawns (it is a coastal zone after all). These attributes draw many players to this location. 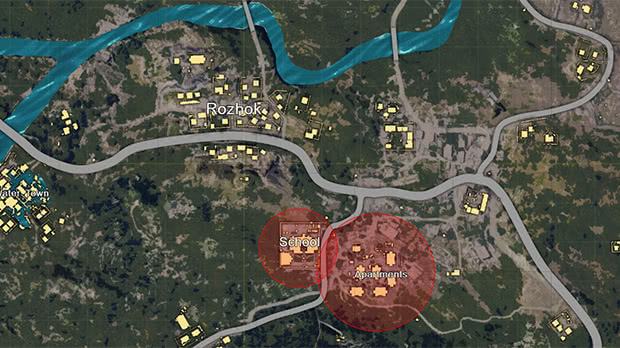 Central zone on the PUBG map, with easy access and varied loot. The School is an extreme risk zone and for experienced players only. Many players prefer to start in Rozhok, a small village nearby that is far more peaceful. If you're quick, you'll find a vehicle in the garage south of Rozhok as well as a tower. It's a good place for snipers. Apartments take a while to check out, but offer good loot.


As it is a central zone, it allows you to quickly escape to a radiation-free zone or pick up supply boxes dropped by plane.

Bunkers are underground military locations, so it's quite easy to find high-quality weapons and supplies in these locations. However, as they are tight places and with many blind spots, it is very easy to be ambushed. Be extremely careful when making progress in this terrain. 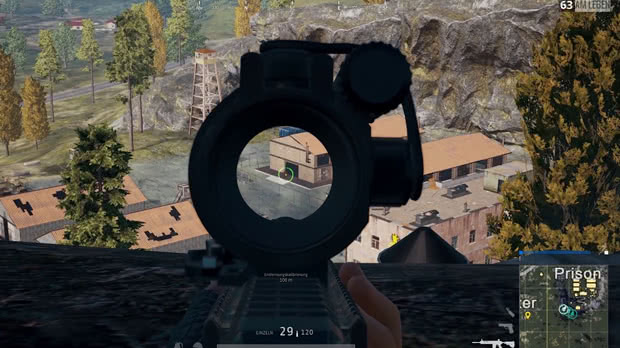 The Prison, also called the Crater of Doom, is a place in a well-closed valley, near an entrance to the Bunkers. It has some buildings with high loot probability in quantity, but it is a natural spot for ambushes. Try to get to the central house (the tallest) quickly to guarantee entry. Get ready for snipers. 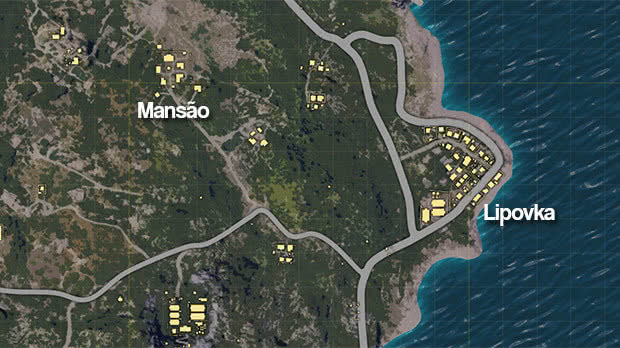 A Mansion or Villa, is in the southwest corner of the map. There are 8 buildings that can provide you or your team with some equipment and supplies. Get ready to defend the position once you get there. The main advantages are a guaranteed vehicle spawn on the right side and 200 meters to the west a great high defense position. If you're good at aiming, get ready to take out some guys.

The more you play PUBG, the easier it will be to choose the right zones to start your game. The marked locations are the ones with the highest chances of finding valuable equipment, but they also attract a lot of players, so the confrontation will be inevitable. If you're just starting out or prefer to be more tactical, using stealth and speed, use this guide to avoid these zones. Try to get to know the map better to not be surprised.

Discover the Miramar map and the best places to loot!

Do you already do well in the wild? Know where to loot on the Sanhok map!

Audio Video PUBG: know where to loot on the Erangel map
Ragnarok Mobile: discover the best places to level up to level 100! ❯

add a comment of PUBG: know where to loot on the Erangel map