Pokémon GO: Complete List of Mega Evolutions and How They Work!

Mega Evolutions in Pokémon GO are temporary evolutions available to some Pokémon. To get them, you need to farm a resource called Mega Energy, which, like the Candies, is unique to each pokémon. Below you will find the complete list of all pokemons that already have mega evolutions available, the ones that will still have them and other information such as cost, how to gain mega energy and more!

The Mega Evolutions below are now available in Pokémon GO and cost 200 Mega Energy to be carried out for the first time, with the duration 8 hours. After this period, the Pokémon returns to its previous form and the cost to be Mega Evolved again decreases and is fixed at 40 Mega Energy, with the exception of Mega Beedrill and Mega Pidgeot, which cost 100 Mega Energy and now only cost 20 Mega Energy.

List of mega evolutions that will be released in the future

The mega evolutions in the table below are not yet available in Pokémon GO, but they have already been identified through data mining. This means that this information has not yet been officially released, but is already in the game's code. It is worth mentioning that all information collected by data mining regarding mega evolutions has been confirmed so far, so it is safe to assume that the pokémons below will be the next to be released in the game.

Attention: the information found in the game's code points out that Primal Kyogre and Primal Groudon will follow the same mechanics of mega evolutions, so these pokémons are listed in the table below. There is still no information on the cost to perform each of them.

How to gain Mega Energy in Pokemon GO 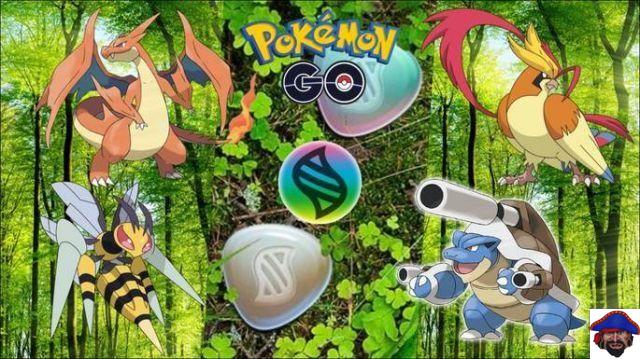 As stated above, Mega Energy works like Candies, that is, it is specific to each pokémon. The resource can be obtained in two ways:

Mega Raids are raids in which you fight a mega evolution and their difficulty level is equivalent to a raid level 5. The faster the team defeats the boss, the more Mega Energy will be offered as a reward, with the value varying between 50 to 90 Mega Energies. Normal rewards like Rare Candy, Potions, Fruits, etc are still offered.

When defeated, the Mega Raid boss returns to its previous form and you can capture it, that is, you do not capture the mega evolution, but the original form (Beedrill, Blastoise, Houndoom, etc).

Mega Raids are identified on the map and on the radar with eggs that look like this: 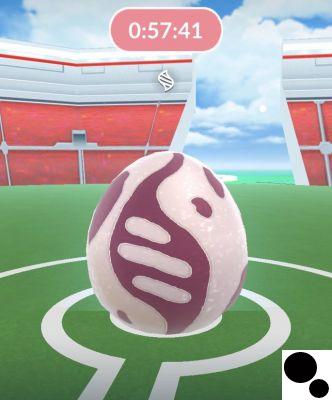 Since Mega Evolutions were released in Pokémon GO, some Special Researches offer Mega Energy, both as a final reward and as a stage and task reward: 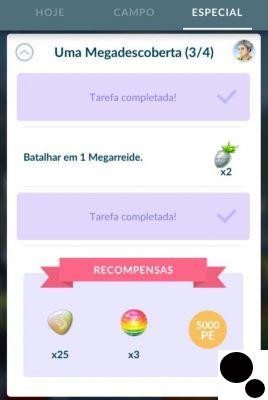 The maximum amount of Mega Energy you can have is 2000 for each pokemon. If you reach this amount and make a Mega Raid, you will not be rewarded with more.

Where to use mega evolutions

Therefore, mega evolutions you can not be used for: