PES 2020 has arrived and everyone is in an uproar testing Konami's new football simulator. With changes and news in the gameplay and in some game mechanics, it is normal for you to take a while to put on a show on the lawns. To help you be a better player, we've put together 10 basic tips for those just starting out!

1. Don't give carts to steal the ball 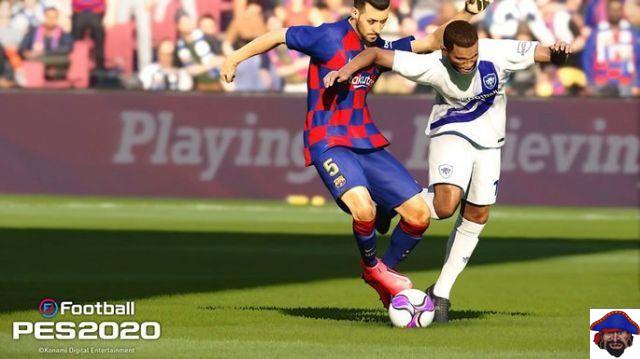 Stealing the ball while standing is still the safest

PES has always been criticized for having too many automatic defenders. In the 2020 version, the artificial intelligence of defenders, sides and midfielders has been improved. This means that now it is not enough to run towards the opponent and leave the dispute with the ball. Now you need to effectively dispute the ball!

And this is only possible if it is done in the manual. So the tip here is to take the assistance out of the AI. Control your players yourself. Learn to have perfect timing to switch from one defender to the next.

But not only that! In PES 2020 the referees are impatient and want to immediately call fouls and give yellow cards. So try to avoid collisions and carts. If this is your last option, it's because you've already made too many mistakes and you're close to conceding a goal.

Use the button to call help from a companion. Go around whoever has the ball and choose to intercept a pass. In fact, there are tactics that can force your team to always try to intercept opposing passes. Learn to use this to your advantage.

A really cool thing about PES 2020, which already existed in previous versions, is the existence of colored arrows that indicate the physical predisposition of players before the game. When it is down or diagonally down it means that the athlete will lose Stamina quickly throughout the match.

This is more serious in the Master League, but even in friendly matches it's good to keep an eye on it. In these cases it is likely that throughout the game you will have to make some substitutions. That's why it's best not to put players with low resistance on the field from the beginning of the match.

3. Be patient in the attack

In previous editions you could take a defender and go dribbling or running to the opponent's goal. In PES 2020 this is impossible. Forget about taking CR7 and dribbling until you enter the other team's area. Messi is fast, but he alone won't get past all of the opponent's players.

The right strategy now is Guardiola's Tik-Taka or the Dutch Carousel: turning the ball from side to side, back and forth, until you open up a good space in the back.

This is largely due to the fact that the speed in this PES has dropped. The game is more cadenced, slower, which rewards players with a patient play style. By the way, if you like to play with crosses, you also have an advantage.

4. Wait for your player to be balanced before passing or shooting

Player physics in PES 2020 is super real! Players do not pass or shoot in the same way. It takes into account the skills, the size of the athlete, the atmosphere of the game, everything. But the main thing is the way the player is positioned.

If you are controlling a player and he is off balance, the chance of the pass or shot going off crooked is high. So once again, the advice of patience is worth it: wait for him to balance out so he can take action.

5. Know your team above all else 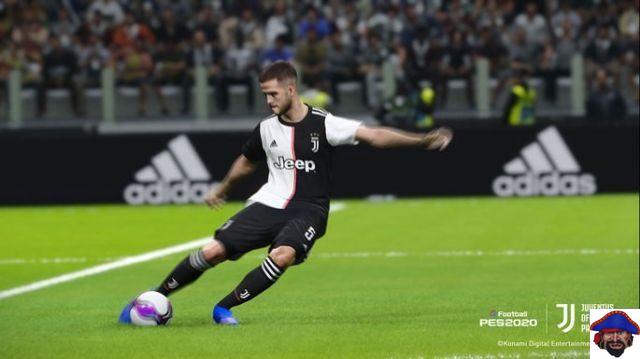 Know the skills and weaknesses of your top players

Cristiano Ronaldo kicks with both legs, but Messi doesn't always. The secret is to know very well the weaknesses and strengths of each player on your team. This goes for all game modes in the game. This can be obtained in the Teams edit real quick, so there's no excuse.

Or you can go out on the field and test each of your favorite teams. This is a cool idea, especially in relation to more established names, which were placed in the game with all fidelity to their real versions.

Dribbling hasn't always been PES' strong point. But Konami has incorporated the finesse dribbling system technology into the 2020. Initially it's a bit complex to master, but with practice you can do it. It's all in the way you use the right analog stick while the player is moving.

Of course Messi, CR7 and Neymar are the best dribblers in the game, so train hard using these players. Then you can replicate what you've learned using less skilled players. Dribbling in PES 2020 is particularly effective in 1v1 matches.

If you use R1/RB and R2/RT at the same time, your player will stop whatever they are doing. This feature, called Super Cancel, is a great way for you to have more efficient control of the game.

You can avoid a disastrous kick or even give up going to a lost ball. It's that kind of tool that allows players to make quick decisions and that certainly interfere with the final result of a match.

8. Know when to use the hand kick 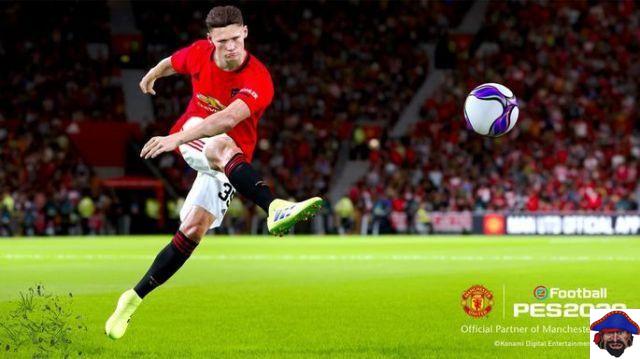 There are many players complaining about shots in PES 2020. In fact, shooting on goal is more difficult and manual. You need to analyze the frame of the shot, the position of your player and the direction you put on the analog. Apart from the force used on the button.

Something players may not know is that pressing the L2/LT button while kicking will force a manual kick. This is effective when you are face to face with the goalkeeper and he takes the angle off your attacker.

However, use this only when necessary. Several PES 2020 players were unaware of this feature and ended up pressing the button thinking it would produce a special effect on the ball. And indeed they did, sending her out of the stadium!

9. Use the new camera to your advantage

One of the highlights already in the PES 2020 demo is the new camera that simulates a television broadcast. It is great for revealing unprotected areas of the field, providing opportunities to mount effective and deadly attacks. At the same time, it harms you when it comes to defending against a very fast counterattack.

So try to master this camera in the first few games you play. Know your flaws and advantages, because especially in online games you can have better results.

If you're a new PES player, you'll notice that the game's tactical options are many. There are many changes you can make to the team. Whether as a whole or focusing on one or another individual player, you can manipulate the team's behavior at various levels.

The first step to mastering tactics is knowing your style of play. Knowing this, you will be able to choose a team that has players who perform the roles you value most.

If you want to play on the counterattack, make sure your wingers, for example, or your most attacking midfielders don't come back to help the defense. Just steal a ball, launch the attack and that's it: it's celebrating the goal.

Also find out who are our fastest country players in the game!