MMR in LoL: understand what it is and how to improve in ranked in 2022 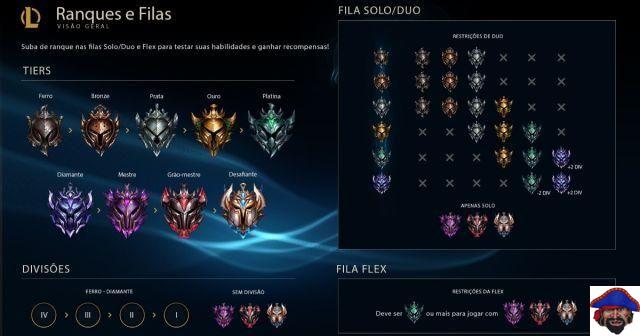 Prior to Season 11, Riot Games changed MMR metrics. New and old accounts are now also performing in unranked matches as assessed by the system to avoid "Smurfs", new accounts created by experienced players that unbalance matches at lower Elos. This made the value of MMR much more difficult to estimate, there are even calculators and guides promising to calculate the value based on what we knew about it, but this is no longer possible.

The League of Legends MMR (Matchmaking Ranking) determines the formation of teams in both ranked and normal matches. He seeks to maintain balance, gathering players according to their skill in the game. The way the value is calculated stopped being public in Season 3 with the idea of ​​making LoL more accessible to new players.

4 tips to estimate and improve your MMR

How much do you earn in PdL?

If you get less than 15 League Points for every win, it's good to worry, this is a sign that your MMR is way below the average for your category. Your Matchmaking Rank will be on average when you earn between 18 and 25 NPs and will be way above if you earn more than 25 NPs for each win.

Pay attention to the rankings of allies and opponents

You can also look at the level of your team and opponents, based on the last ten ranked solo matches (when teaming up with friends, the MMR is rebalanced based on the team).

If the rankings are much lower than yours and the PdL return is low, your index is below average. Now, if other players rank higher and you get a lot of LP per win, it's a sign that your MMR value is way above.

Keeping up with the game's meta is the best way to win more consistently. Often, playing a champion in a specific role can be the best way to earn victories and rank up quickly — even if the character or role isn't your favorite. It's easier to always win if you're using an OP champion in his best position.

Do you know people that rank higher than you? So team up with them to increase your average MMR and, as a result, face off against better-placed players earning more League Points than you normally would. But be sure to think about the meta even with help, look for champions that work together and are well evaluated.

Audio Video MMR in LoL: understand what it is and how to improve in ranked in 2022
Coin Master's Ghost Mode: 2 Methods to Go Invisible! ❯

add a comment of MMR in LoL: understand what it is and how to improve in ranked in 2022