PlayerUnknown's Battlegrounds (PUBG) has been updated! In addition to some optimizations, a new map, Casas Particulares Miramar, Havana. This one is largely desert, with some mountains and hills.

Despite the arid environment, the villages are large and very concentrated, with many houses and other buildings. As always in PUBG, loot is dropped randomly and there is no way to guarantee the success of your quests. However, by following this simple guide, your chances of surviving and winning the match will increase. 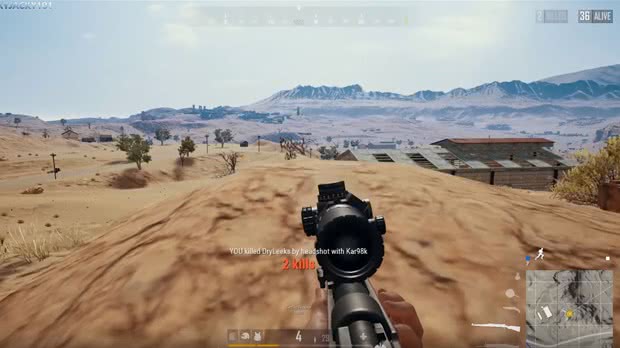 Miramar is the same size as the first PUBG map, Erangel. However, as it is a desert environment, it has little vegetation and, therefore, it's easier to spot enemies and get detected. What little cover there is outside of cities needs to be used effectively if you want to survive. Naturally, on a map with fewer places to hide, buildings have even more strategic importance. 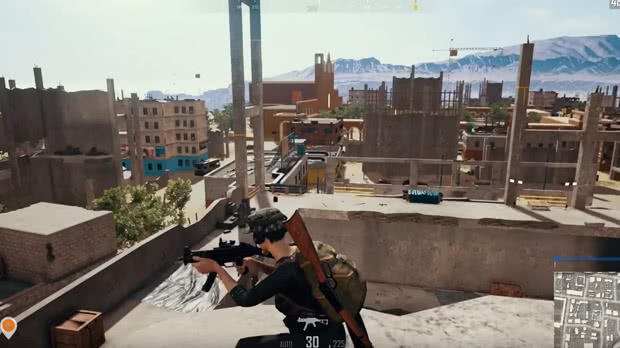 Cities are densely populated with buildings, warehouses and houses, of different heights and with different divisions, with hundreds of places where you can ambush and be ambushed. This is big difference to Erangel map. In Miramar, you're as much melee fighting in the city as you're shooting at long range in the desert. 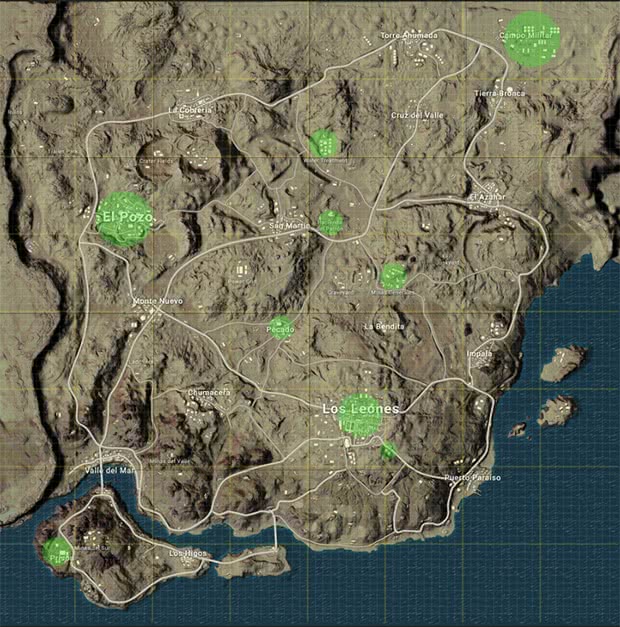 As you might expect, cities or other places with lots of buildings often have better loot. Unfortunately, there are also many players with the same idea in these places. If you believe in your ability, try parachuting into the most enemy locations and try your luck.

If you prefer a more discreet game, try less populated locations. Miramar has some surprises at this point. Sometimes, places that at first glance seem quite modest, can have many rooms full of supplies and weapons of great quality. 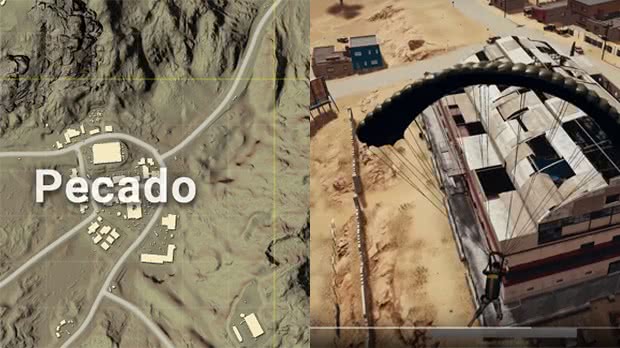 Miramar has big cities with many buildings. However, many players have been getting loot in quality and quantity in Sin, a much smaller site in what appears to be an old college, northwest of the city of Los Leones.

One of the biggest buildings in Sin is the old boxing gym, where there is a high probability of picking up valuable loot. The building is large and expansive, with several levels and many different entrances. Be quick to get the loot, or you might be in for a nasty surprise. 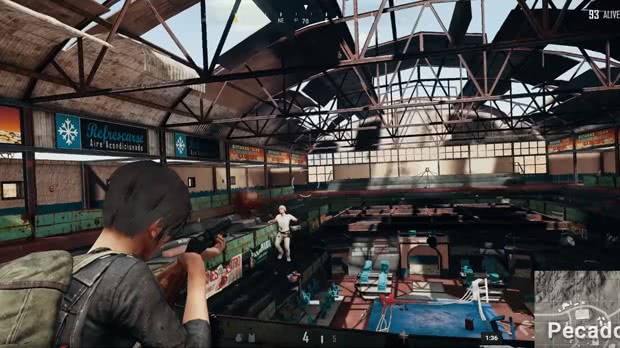 In addition to loot, Sin is located in the center of the map, which makes its position very advantageous, as it is certainly located within the first circle. Sin is likely to start to get a lot more popular with players and become a very dangerous place. 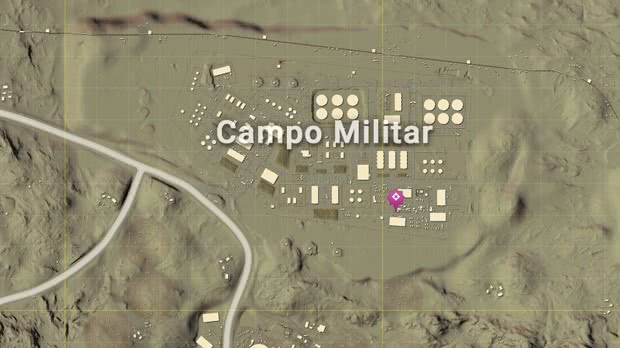 Just like the military base on the Erangel map, this location has a lot of quality loot, especially heavy weaponry. Rifles, snipers, machine guns and also vests and protective helmets await you. Unfortunately, it is very likely that many players will have the same idea and it is almost certain that you will have to fight to survive.

However, the military field is in the upper right corner of the map, right on the edge, which may put some players off due to the distance. So if you're going to risk this location, try to get a vehicle quickly. 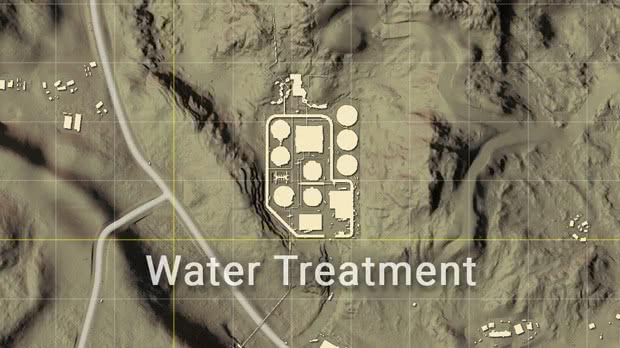 Located northwest of San Martin, this water station has a lot of loot, which most of the time is on top of the water tanks and inside the decanters. Save the rectangular buildings for last. 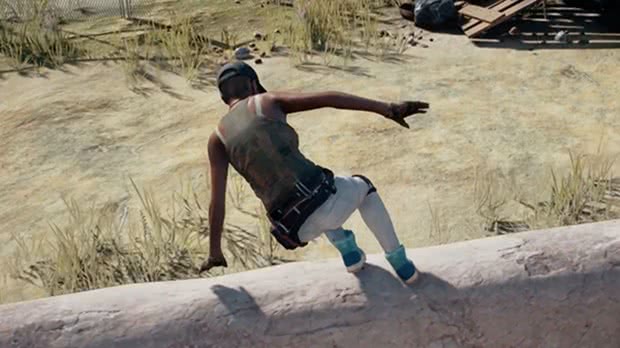 Here, the new ability to climb walls will be of great advantage to avoid wasting time on pipes and other obstacles. In addition to this location being centrally located on the map, it also has the road passing close by, with a high probability of getting a vehicle easily. 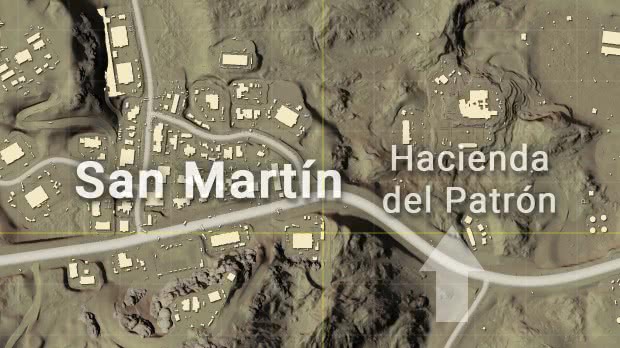 Situated east of San Martín and very close to the Water Treatment Plant, this elegant mansion typically has a lot of loot. Several players have already obtained tier 3 gear and weaponry at this location by searching the two main buildings. The mansion is located away from San Martín, but even so, keep an eye out for other players. There is a high probability of vehicles spawning in the surrounding area. 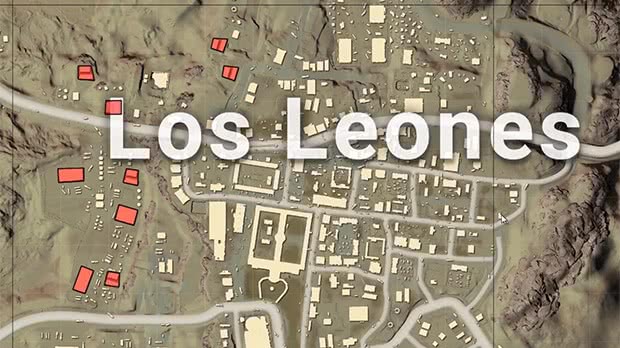 The largest city on the Miramar map, Los Leones is a double-edged sword. It is possible to find loot in large quantities, but dozens of other players with the same idea are to be expected. If you have an aggressive and dynamic playstyle, you may be able to survive.

Those nine buildings marked in red on the west side of the city, they have gained a reputation for having good loot, especially in terms of weaponry. Try to check them all quickly, starting at one end and ending at the other. They are very large places, without doors, which makes them very easy to loot. The main difficulty is that the sites are far apart from each other. Keep an eye out and move really fast if you don't want to go back to the lobby. 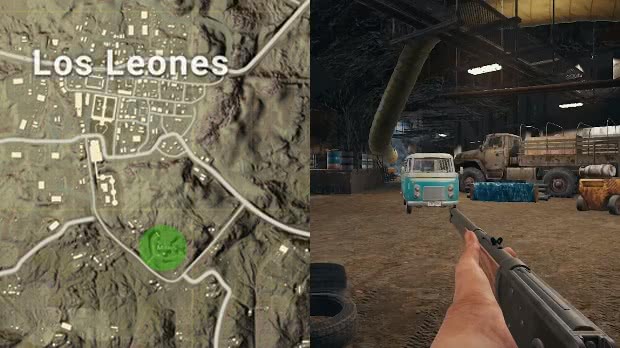 Located southwest of Los Leones, these underground mines are a treasure yet to be discovered. There is a high probability of finding level 2 weaponry and lots of bandages. Inside the military truck in the center of the gallery, there is a high probability of loot. As was said, these mines are still little known, so you can manage to equip yourself without great danger. The mines are close to a main road, so it won't be difficult to pick up a vehicle before or after entering. 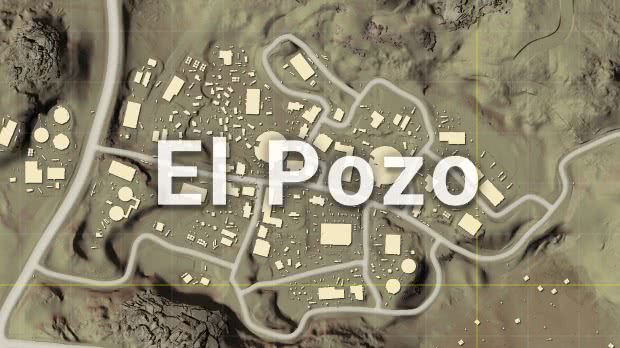 Located in the northwest of Miramar, El Pozo is the second largest city on the map. It has this name because it is situated in a valley, surrounded by high hills.

El Pozo's main attraction is the wrestling gym. As in Sin, it is highly likely that you will find useful loot there without putting yourself in great danger, as many players prefer to stay in the center of the map. Don't forget to grab a vehicle quickly so you can escape El Pozo if necessary. 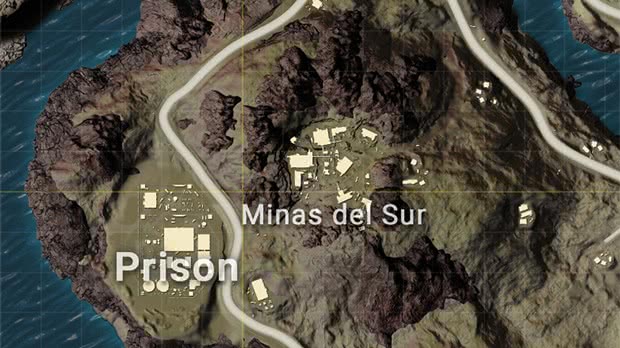 The Prison is located in the southwest corner of the Miramar map, on the largest island on the map. It is the place that serves as the lobby before each match, so take the opportunity to get to know the space better while you wait. The Prison has a high probability of good loot, lots of cells to investigate, and buildings that can have a lot of valuable supplies. 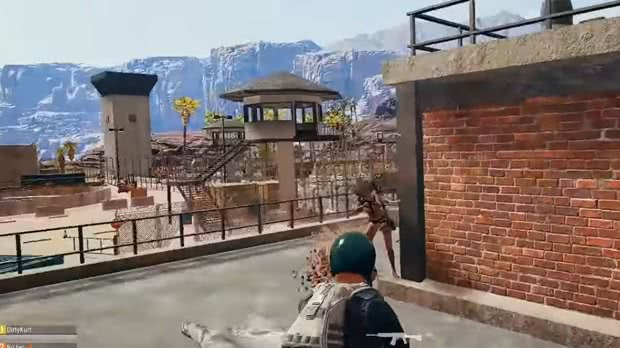 If you manage to catch a sniper, you can use the guard towers to eliminate other players with some ease. However, don't forget that you are on an island. If the starting circle is far away, it won't be easy to escape the prison, even with a water vehicle.

Casas Particulares Miramar, Havana it's a recent map and new information is always coming. Learn to orient yourself on this huge map using the guidelines of this guide and create your strategy to achieve a good result. Don't forget to adapt your game type to the situation and dangers you encounter.

If you like the first map, know where to loot in Erangel!

Are you familiar with the jungle map? Know where to loot on the Sanhok map!

PUBG: know where to loot on the Erangel map

add a comment of Miramar PUBG map: discover the best places to loot