Shooting Minecraft is a type of FPS (First Person Shooter) with pixelated graphics. It is ideal for those who like the look of Minecraft blocks and at the same time want an intense and quality shooting experience. In this article we bring you the 10 best games of the genre. Check out! 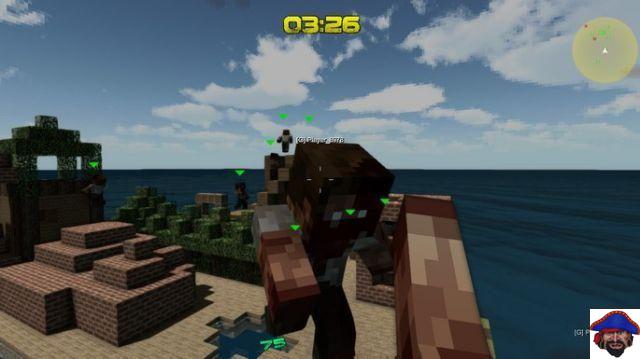 Pixel Warfare features several game modes, including a Deathmatch mode in which two teams face each other for the domination of a territory. You can play solo too, which is quite fun if you choose to face zombies. There are dozens of weapons, including snipers, shotgun, pistols and grenades.

The PRO version, obtainable from Steam, features more players per match, improved graphics and visual effects, and a map editor. It is programmed in the future character editing modes, weapons and also vehicles, to make the game more and more complete. 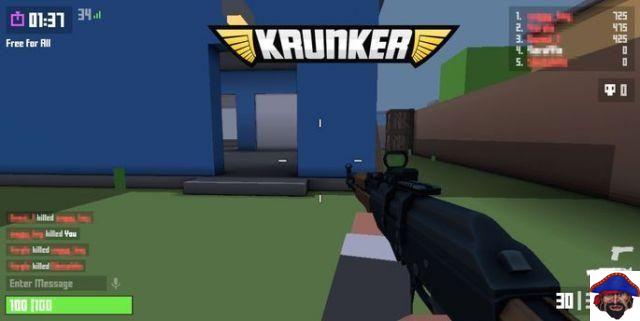 Krunker is a furious game full of speed and rhythm. It's a mix of Call of Duty, Minecraft and Roblox, but with over 1000 maps available for you to engage in intense battles with your friends and strangers. It brings the famous zombie mode, in addition to an exclusive Parkour mode.

The game features cosmetics, such as skins and clothing, so you can stand out among the thousands of online players that populate Krunker. As it is a browser game, it is free and accessible to virtually any player. It is light, although optimized, so it will hardly suffer from annoying crashes. 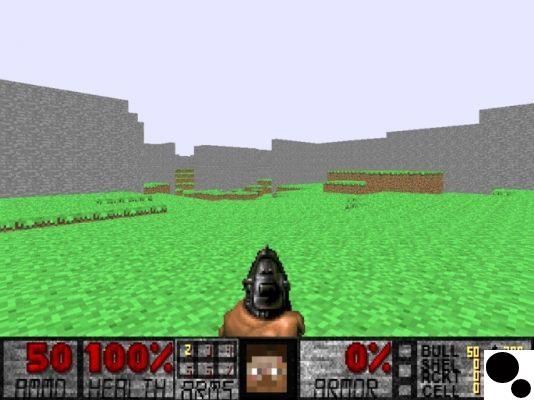 DoomCraft is exactly what the name suggests: Doom, but with pixelated graphics similar to Minecraft. You start with a small pistol, in a dark corridor, and you must follow the path until you find the exit. Of course, on this journey dozens of demons will appear, which you'll need to eliminate to fulfill the objective.

Best of all is the absence of music and the long, silent hallways. Anything can happen and come out of nowhere in your path, which gives a huge sense of fear and quite fun, even if you like horror games. 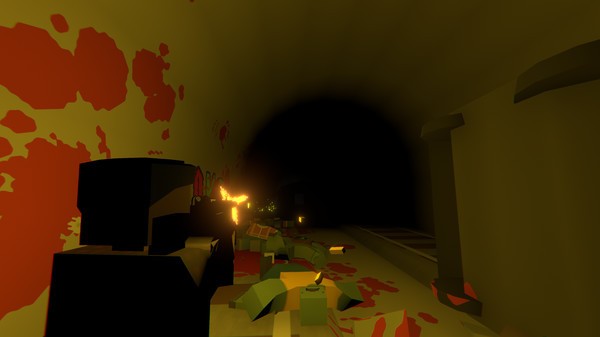 Unturned is a classic of pixelated games, but focused 100% on the fight against zombies. Your mission is to survive the zombies and not become one of them. For this you can take the violent approach, shooting all enemies, or you can be more stealthy. We even have special abilities, such as invisibility.

Another very good point of Unturned is that it is really a survival. Therefore, the collection of resources such as meat, vegetables and fruits is indispensable to not starve to death. Take shelter from storms and snow. Make a fire so you don't freeze to death. And, of course, keep the buzz from finding you. 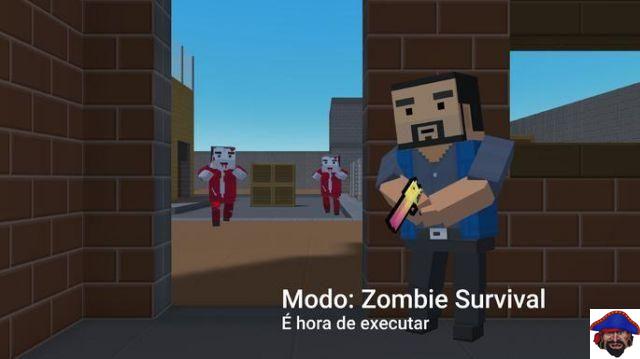 Block Strike has excellent graphics for a pixelated game. In addition to visual excellence, it features at least 24 game modes. You can play the famous Deathmatch, but there is an Escort mode, Survival, in addition to being able to fight zombies or even defuse bombs ahead of time.

This game features 70 maps, 40 different weapons and the option of character customization. This occurs through skins, exactly the same as what we find in Fortnite. 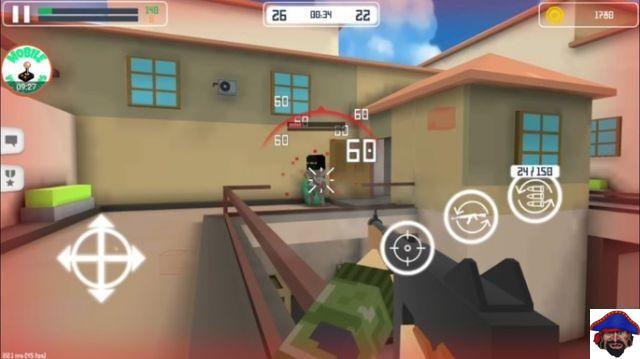 Block Gun: FPS PvP War brings a war theme and a lot of focus on PvP battles. Both single and multiplayer modes try to bring an experience close to that of larger games in mechanics and gameplay, such as Call of Duty. This can be seen in the setting, which is even well made for a pixelated game, and in the weapons, which are all copies of real weapons.

Just like other "Shooting Minecraft", Block Gun has a zombie mode. In this case, the zombies could be your teammates turned undead, bringing something unexpected to the game. 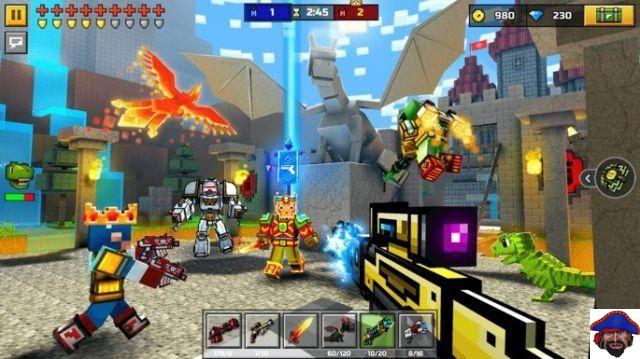 Couldn't miss a Battle Royale! Pixel Gun 3D has its great differential in the Battle Royale mode, since in the rest it is quite similar to the other games presented so far. It still has 800 weapons and 100 unique and exclusive maps for you to play.

Altogether there are 10 game modes, minigames and weekly battle challenges. Create clans and earn points for your group in the team war. If you want to have a look of your own, Pixel Gun 3D has a look editor and several different outfits and skins to apply to your avatar.


And if you have a VR headset, you can use it to play games. The cell phone becomes the weapon, taking the experience to a much more fun level. 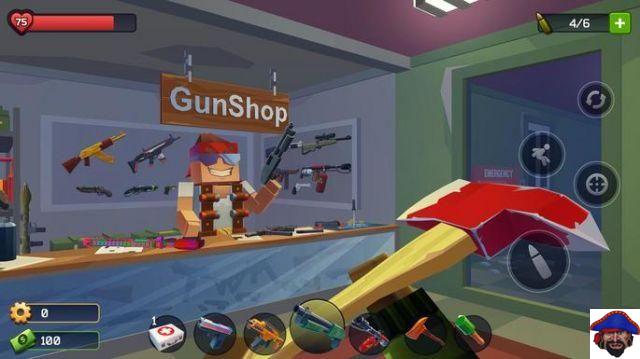 We'll give you an entire franchise. The Pixel Combat series has the editions:

Zombies Strike is insane: you have to keep the defense in a house, preventing the zombies from invading. Meanwhile, build a time machine to avoid the zombie crisis and save everyone. World of Guns is the continuation of Zombies Strike, with new weapons and dozens of locations to explore. 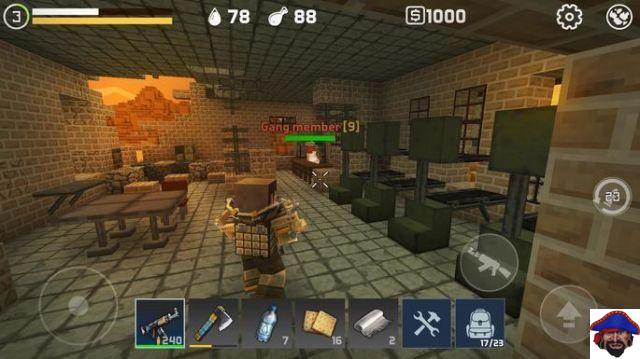 LasCraft Survival is more of an MMO than an FPS, but it deserves its spot on the list. It takes place in an apocalyptic world, where your enemies are zombies or simply everything that comes your way. The highlight of the game is its giant open world, which only expands as you complete quests.

As it's a survival, you have the part of managing resources and building a shelter. This part is essential for your survival, so there's no point in shooting without taking care of your defense. Of all on the list, LastCraft is one of the most complete, as it brings gameplay for dozens of hours.

Other "Shooting Minecraft" Games for Android

In our review, we found that there are dozens of Minecraft-style shooter games out there. The games shown above are the most different and unique there are at the moment.

The others, however, bring the same proposal: the same game modes, similar graphics and similar gameplay. That's why we're going to list these other options below, if you want more games of this genre for Android. All are available for free on the Play Store:

Practical guide on how to make all potions in Minecraft