Minecraft: how to use the "keep inventory" command! 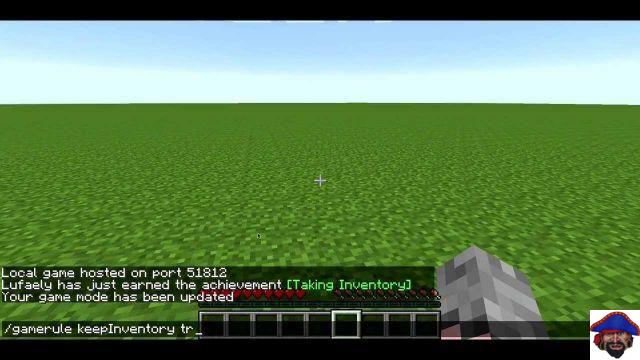 Minecraft's keep inventory command is a cheat that allows you to keep all items in your inventory when you die. But the question is: is using this command worth it?

In this article we teach you how to use it and explain if this code should actually be used or if it is better to avoid it in your Minecraft!

How to keep your inventory intact in Minecraft?

Nobody likes to die in Minecraft and lose a lot of what they had in their inventory. To avoid having to go back to the point where you died to get your items or even not having a way to recover them, the ideal is to use the keep inventory command.

Using it is very simple and it's really quick to get the code up and running. First, see which versions allow the use of the code and what is the code in each version:

If your version allows using the command, follow these steps:

Is it worth using the keep inventory command?

Certainly! This command is one of the most useful in Minecraft. The game can be quite challenging, which can cause near-constant deaths depending on how you play. In that sense, this cheat is quite useful to prevent you from losing an inventory that took a long time to assemble.

And you don't have to worry about getting banned or anything like that. As we well know, Minecraft developers support this type of code. So much so that its use was added to the game as something that is part of the base of the game. So use it without fear!

add a comment of Minecraft: how to use the "keep inventory" command!