Meet the most promising young players in FIFA 18

To build a team with a future, you need to sign the most talented young players. In FIFA 18 there are a lot of very cheap young players that can be very important in Career Mode.

Meet the players with the highest evolution rate and who can reach the world's top stars. There's nothing better than seeing a player grow in our hands and reach their full potential!

If you're already into the next game, check out the most promising players in FIFA 19! 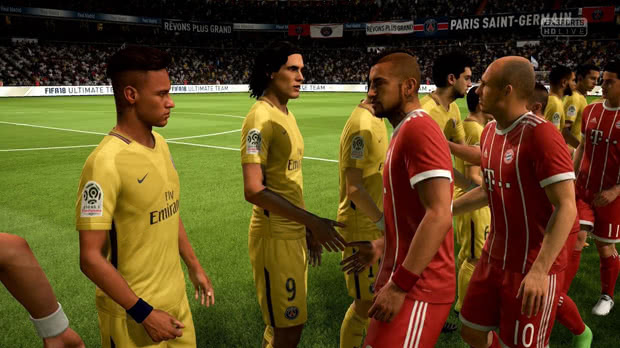 We found players under the age of 20 and with an overall rating potential greater than 85. In fact, there are 7 players who can pass the overall 90!

You'll find famous players and other talent hiding in lesser-known clubs. Check out the stars in the different positions!

The highlight among the goalkeepers goes to Donnarumma, with a potential of 94! The AC Milan goalkeeper has a bright future ahead of him, but the transfer fee is high. Venezuelan goalkeeper Wuilker Faríñez is without a doubt an opportunity you cannot miss as he is without a club.

Ajax defender Matthijs de Ligt is a huge promise in Dutch football. At just 18 years old, he already has very developed physical and defensive attributes. Vallejo and Diop, in addition to having a great margin of progress, are already good players.

Mensah is a very fast right back with an acceleration of 82 and a sprint of 85. Henrichs is a very valuable full back as he can play both right and left sides.

Malang Sarr is the highlight of the left-backs. The 18-year-old French player can evolve a lot and become one of the best full-backs in FIFA 18.

Ceballos is a midfielder with a great future, but with little room to play in Real Madrid's all-star team. Give him a chance on your team and see how he can be a very valuable player in midfield.

Among the midfielders there are two huge talents: the great Argentine promise, Ezequiel Barco, who can reach the potential of 91, and Youri Tielemans, a Belgian player who can evolve from 80 to 90.

Dembélé needs no introduction. He is a very promising player who was left with the difficult mission of replacing Neymar at Barcelona. Angel Gomes is the youngest talent on this list, at just 16 years old. The young can grow from 64 to 90! There is a lot of expectation to know how far this boy can go.

The "Golden Boy" Kylian Mbappé is the highlight among the young strikers. At just 18 years old, he has the potential to reach 94, which is the same overall score as Cristiano Ronaldo! Our young countryman Gabriel Jesus can also become a huge star, reaching the mark of 92. Among the center forwards, there is a young North Korean, Han Kwang Song, who can evolve from 68 to 87.

FIFA 18: good and cheap players for all positions