Meet the 10 most addictive games for Android!

You know those mobile games that if you try it once it's hard to stop? So it is. In this article we have collected several of them. Puzzle, strategy, arcade and etc. The only thing these games have in common is the ability to make you spend hours and hours on end.

Check out the 10 most addictive games for Android below! 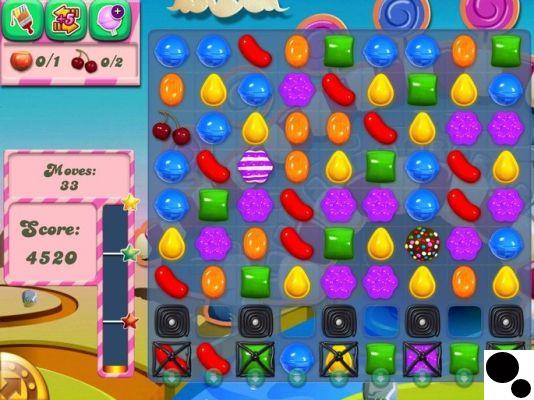 Candy Crush is possibly the most addictive game series ever made for mobile. The Match 3-style puzzle, in which you have to put three of the same pieces together to destroy them, is so successful that it's hard to find someone who has a smartphone and doesn't know the game.

In all, Candy Crush already has 4 titles: Candy Crush Saga, Soda Saga, Jelly Saga and Friends Saga, each with thousands of levels and periodic content updates.

In addition to being extremely fun, Candy Crush is a simple game that can (and is) played by people of all ages. That, added to the rewards system that rewards your progress and your daily accesses, makes the game a perfect pastime. 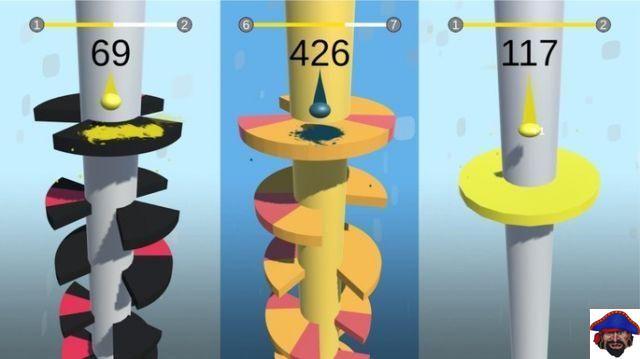 Helix Jump is a super simple arcade game where you just need to control the trajectory of a ball so that it passes between the platforms. That's it. You just move left and right.

Despite the simple graphics and gameplay, Helix Jump holds players back with its interesting physics and the challenge of getting through the stages. A progress bar at the top of the screen shows you exactly how far you are from completing a stage, so you always know when you fail with 1 or 2 obstacles to victory.

Although the initial levels are easy, as you progress through Helix Jump the levels become quite challenging, which only increases the level of satisfaction when you manage to pass. Perhaps the only downside of the game is the amount of advertising that appears between levels. 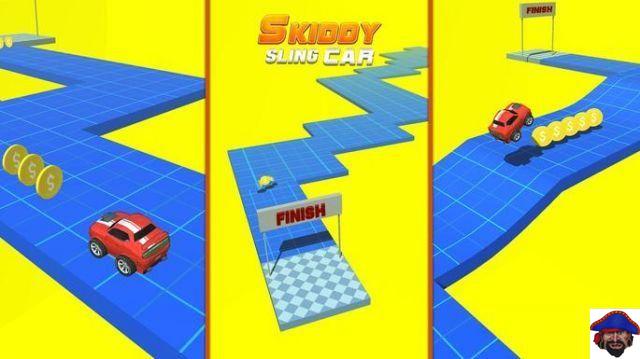 Another extremely simple game. Here you take control of a cart that just needs to reach the end of the course without falling into the abyss. The controls couldn't be easier: you just have to tap the screen to turn the car. When you let go, the car goes straight.

Undoubtedly, Skiddy Car's great differential is the cart's physics. Even with the simple controls you feel that all the turns, skids and jumps make sense. Over time you learn to balance the weight and speed of the car and discover that in the more advanced levels, everything is decided in the smallest possible detail.

Regarding the content, it is not known for sure how many stages there are in Skiddy Car (there is no news of anyone who has completed the game), but there are at least 250. There are also dozens of cars to be unlocked, but they are all purely cosmetics and their attributes remain the same. 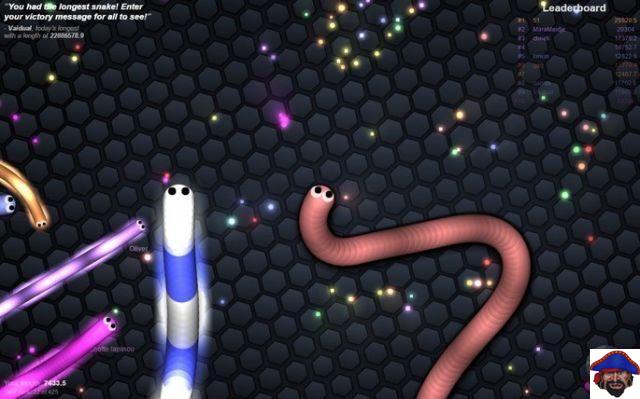 Slither.io is the famous snake game of the smartphone era. In it you control a snake that needs to eat dots of light to grow. It turns out that you need to share the scenario with other players' snakes, and whoever touches the opponent dies.


Slither.io is a simple game, but not as simple as it sounds. There is a mechanic where you trade your snake's length for speed. This strategy is essential for getting out of cornering situations, or for forcing opponents to crash into you.

Despite having the option to play against bots, Slither.io is much more fun in multiplayer mode, as while you compete with other players, you also aim to beat your record in length. 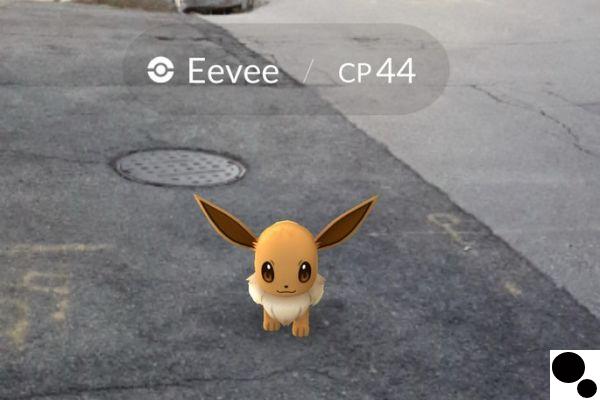 Pokémon's groundbreaking augmented reality phenomenon couldn't be missing from this list. With its mechanics that require the player to leave the house to play, there's no way to spend little time in this game.

With Pokémon GO, players need to leave the house to hunt pokémons and purchase items from pokéstops. Even these stops have a cooldown until they can be used again, which makes players wait in place or come back in a short time.

Pokémon GO was a wild success at its launch and continues to receive updates to this day. Since then, the game has several new mechanics, as well as new generations of Pokemon, items, etc. 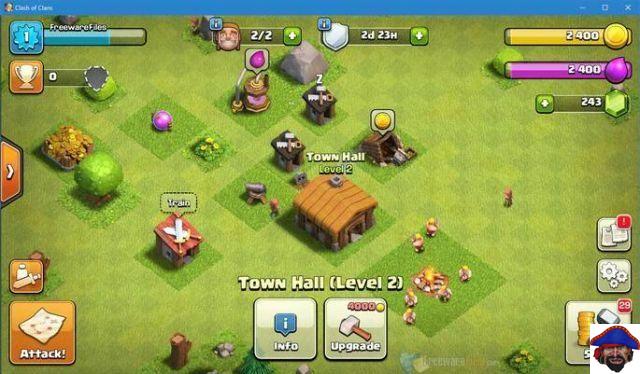 Another Supercell game. Clash of Clans has many elements similar to Clash Royale, but it is a strategy game of building and managing villages, and the objective is to evolve your units and buildings to attack and defend against other players' villages.


Just like in Clash Royale, Clash of Clans has the perfect formula to get addicted. There are many rewards and achievements that can be gained by playing hard. Another point in common between the games is that Clash of Clans also already has professional championships around the world. 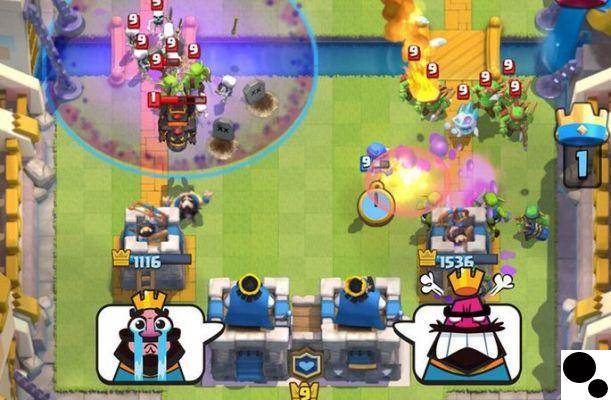 Clash Royale is one of the phenomena created by Supercell, an expert in producing addictive games. From this, the company has not only created something that grips the player, but also a totally innovative title.

Clash Royale is an innovative strategy card game that mixes MOBA and Tower Defense elements. The game is so well made that there are even professional championships with prizes of thousands of dollars.

Being from Supercell, Clash Royale has a perfect rhythm to keep players stuck. It is, at the same time, challenging to progress through the ranks, but it also distributes prizes, rewards and achievements in the right measure to keep players logging in every day. 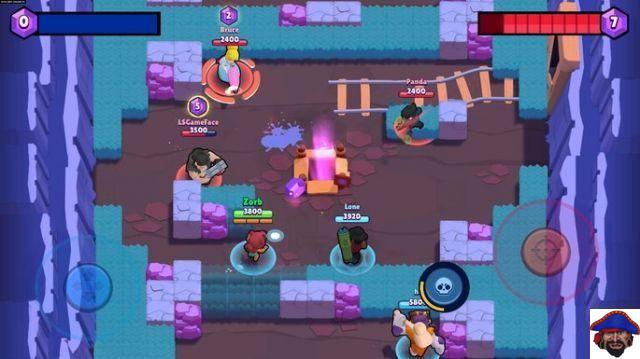 That's it, another Supercell game. IT'S. Brawl Stars is the lightest and most casual battle royale of the moment. Unlike other games in the genre, Brawl Stars has super short matches (about 2 minutes), so while you don't feel stuck in a long match that you may or may not win, you can't stop playing. one after another.

Brawl Stars has many mechanics to keep players active. First, there are a lot of Brawlers (characters) to unlock, and it takes quite a while. Second, every Brawler you have needs to be leveled, so you'll want to max level with each one. Third, during the day new battle options pop up to reward players, so you'll want to access the game a few times a day.

Brawl Stars is one of the most successful games at the moment due to the attention it receives from developers. Content and balance updates are constant, which keeps the community very active and engaged. 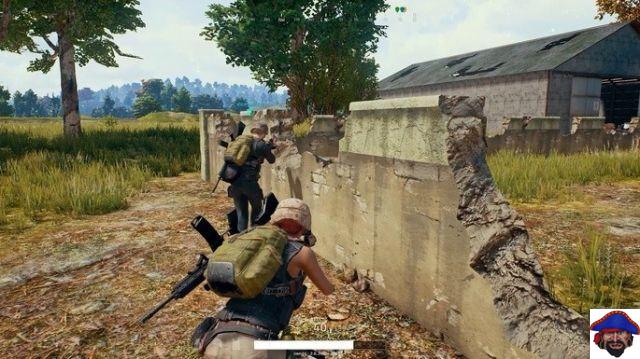 Playerunknown's Battlegrounds Mobile is the mobile version of one of the biggest battle royales hits in the world. Despite not being as popular as Free Fire in our country, the title is widely recognized in the world and has an absurdly large community.

Just like every battle royale, PUBG Mobile matches take place on an island where the player has to eliminate others until he is the last one alive. Unlike Free Fire, for example, PUBG has longer matches (with 100 players), and is usually much more tactical.

PUBG Mobile receives constant updates that try to keep the game as close to the PC version as possible. Despite always being behind the original version, the game offers the entire PUBG experience and leaves nothing to be desired. 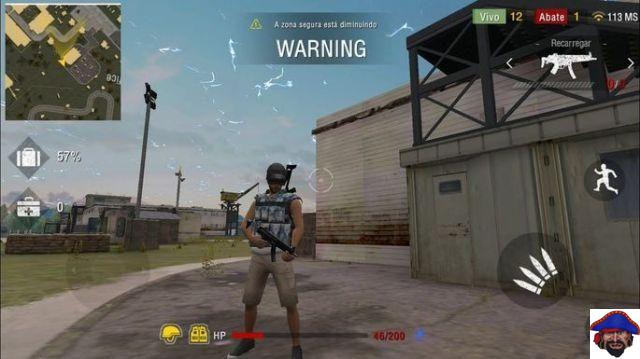 How to talk about addiction and not talk about Free Fire? The most successful battle royale in our country seems to only increase in popularity since its launch. With all the classic mechanics of the genre and with lighter graphics, the game is able to serve a larger audience than other simulation games.

In addition to the possibility of being run on weaker devices, Free Fire differs from other battle royales due to its shorter matches. That way, players feel like they can take more risks (and have more fun) rather than adopting defensive strategies to try and win a long game.

Free Fire also has constant balance and content updates. New modes are added with some frequency, even if temporarily.

add a comment of Meet the 10 most addictive games for Android!