Find out which are the 10 best survival games for PC! If you're a survival fan, you can't miss the games we've separated below! See what your strengths are and prepare your wallet to buy the one or those that interest you the most! 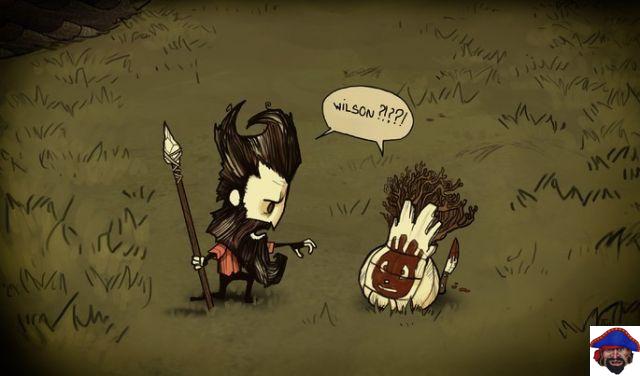 Don't Starve Together is actually an expansion of the game Don't Starve, which adds the multiplayer component to survival. Anyway, whether online or not, your mission is to survive the various dangers that each game brings to the player.

The game features a day and night cycle. By day you hunt, gather food, discover recipes to combine items, build shelters and scavenge for resources such as wood. At night you should have a fire or any other source of light. If not, Charlie, a mysterious creature, kills the player.

In addition to Charlie, there are beasts and creatures that can kill him. Hunger, disease and loss of sanity can lead to death. So he is very attentive to all his actions, as they interfere with his survival.

In addition to the sandbox mode, there is the Adventure mode, which consists of 5 survival missions. There are several characters to unlock, which become available as you earn survival points. 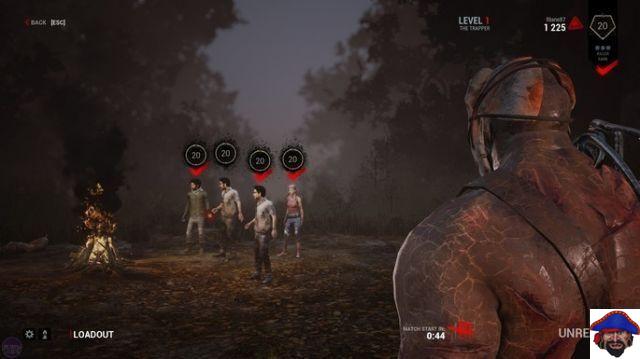 Dead by Daylight is an asymmetrical multiplayer inspired by the horror movies of the 90s. In other words, there is a group of teenagers and a murderer in a very restricted physical space. The survivors must escape this space, while the assassin must kill EVERYONE.

There are at least a dozen assassins, some based on figures like Jason and Scream. Each assassin has their own unique powers and weapons, which is pretty cool. Both killers and survivors can evolve and have perks added, to have more chances to complete missions within the stages.

Basically the matches are generated randomly. They end when all survivors are killed or when at least one manages to escape, even though the other 3 have died.

Check out our Dead by Daylight review 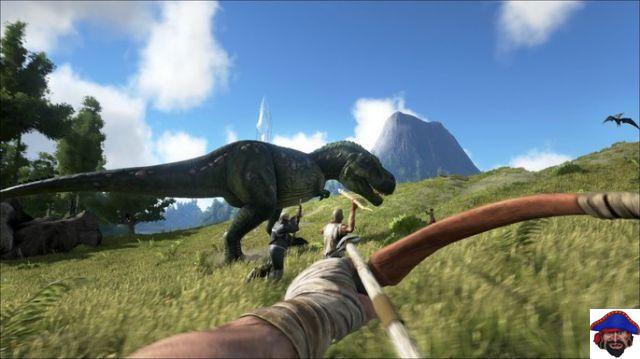 ARK: Survival Evolved is an interesting game because it brings the player to an unusual theme lately, which is that of dinosaurs. There are dozens of prehistoric creatures on an island, which can be killed or tamed by you. Or, of course, kill him.

You start out practically naked, without any kind of resources, having to assemble a tribe and dominate everything on the island. The highlight of the game is the multiplayer experience, precisely because you create tribes with your friends or with other random players. And that increases the tension even more.

It's important to get clothes to protect yourself from the cold, grow crops for food, build shelters and fight the beasts of this open world. A game that is very worthwhile for those who like something more Jurrassic Park. 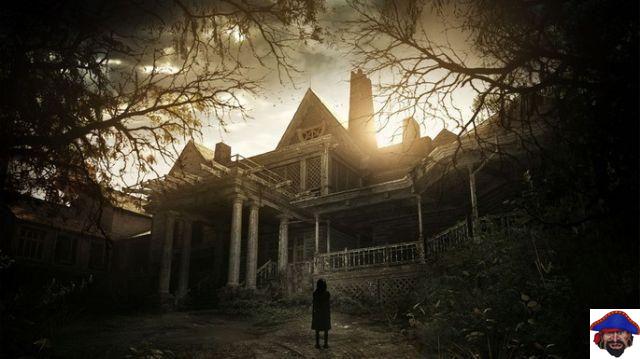 
The Resident Evil 7 brings a mixture of several elements of the franchise itself. There are zombies, there are monsters, terror, scare and a survival feel that was very good with the set. It's not quite in the style of the other games on this list, but still TRE7 deserves to be here.

Mainly because their enemies are the Baker family. A bunch of crazy, sick people who want to kill you at any cost. Sneaking around the mansion unseen, trying to decipher puzzles and getting to the end of the story alive is not easy.

We strongly recommend that the experience be performed in VR. It's one of the most intense games you'll ever have! 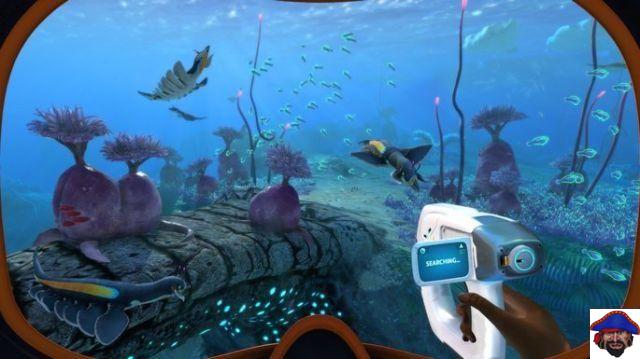 Subnautica will take you to the depths of the ocean. Your spaceship has crashed on an alien planet, and your mission is now to explore the ocean of that planet in search of resources that will allow you to survive. It's a first-person game with VR support, which makes it even cooler.

There are 4 difficulties, Survival being the most common. You must deal with hunger, thirst, oxygen, tiredness. If he dies, he loses some items, but returns to the checkpoint. If you choose Hardcore mode, the savegame is deleted when you die. If you want something lighter, play the Freedom or Creative difficulties.


You will interact with marine life, always looking for materials to build bases, tools and vehicles. There are two islands to explore and mythological creatures to discover. A simple but very good game! 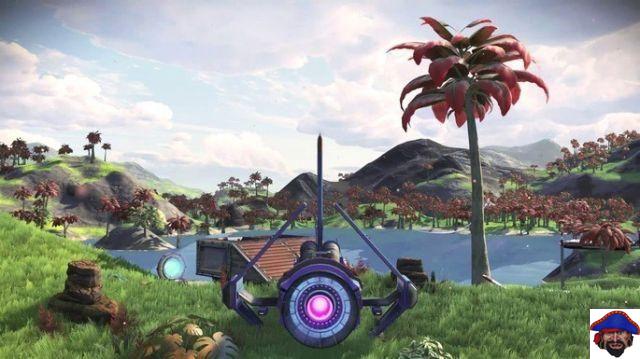 No Man's Sky has been through a lot of controversy since it was released. But with the constant updates since then it has become a very complete and high level game. Exploring the far reaches of the Universe in a spaceship is an amazing experience. Mainly because each galaxy and each planet brings unique dangers.

Whether it's a toxic storm, extreme cold or heat, you will face many obstacles. You'll have to build devices to protect yourself from hostile atmospheres, survive wild creatures and launch into space battles with pirate aircraft.

You can build shelters of the most varied styles and colors on a planet of your choice, which alone takes up many hours of gameplay. It's literally an endless game where you have to be aware of every move around you so you don't die. 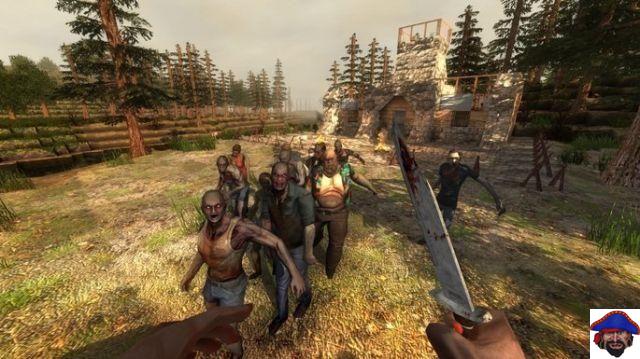 The theme is zombie, but the game is very original. You are on an Earth infected by a virus that kills people in 7 days and revives them as zombies. Your mission is to survive as many days as you can, with each day the undead getting stronger and more resilient.

You can build, change places and destroy shelters and other buildings. If a building is poorly made, it can fall and kill you if you are inside it. You need food and water from time to time, which means exploring the game's open world.

The zombies are strong and aggressive at night, but during the day they retreat more. Just pointing out that they can destroy entire buildings to get to players. In other words, it is not enough to hide. You will have to create traps and attack whenever necessary. 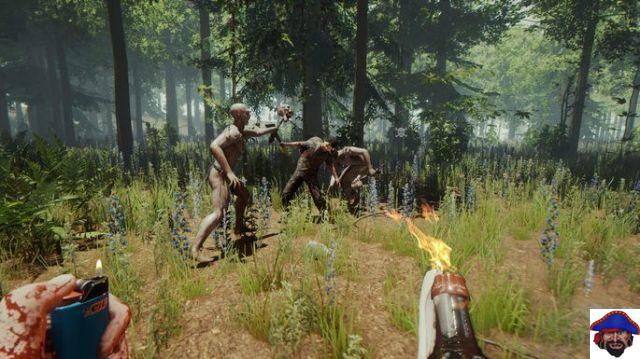 You are supposed to be the only survivor of a plane crash, which crashed in a forest. You are surrounded by cannibals, so you know: survival is going to be constant. At the same time, if you're smart, your relationship with this tribe might not be so bad and they'll just be watching from afar.

The game doesn't exactly have a set of missions. You simply survive, hunt, scavenge, build shelters, and live from day to day. Searching for the bodies or even survivors of the crash is an option, though it's unclear if you can actually find them. 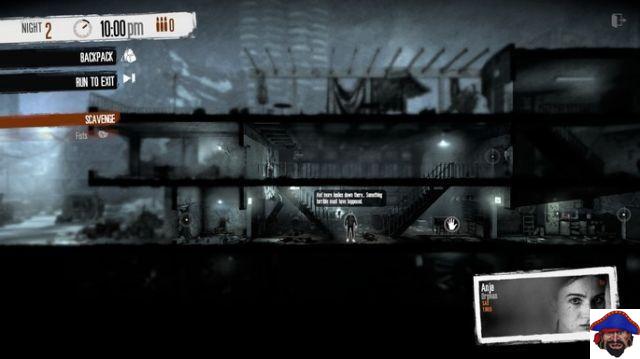 A game of very high quality narrative and an absurd difficulty. You and other individuals are in a house, in the midst of a war. The mission is to survive as long as possible, facing lack of resources, cold, hunger, fatigue and invasions of the place.

For this, it is necessary to transform the house into a real shelter, which requires going on exploration missions to other residences. You'll have to kill, steal and make other rather complex moral decisions. Every choice affects the characters for better or worse, so be careful. 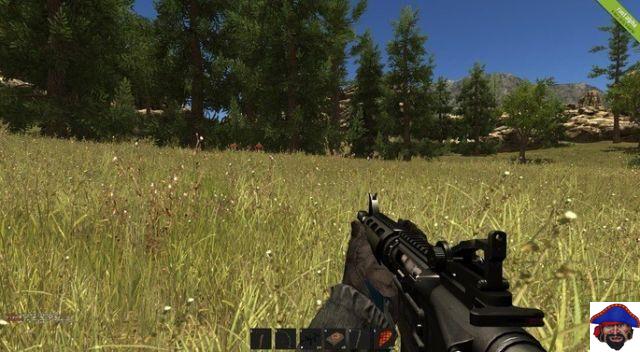 Rust will put you in a great deal of strain. The game starts with the avatar naked and with only one tool. From then on it's you against yourself. Find food, clothes, water and create shelter in a huge open world full of dangers. Some are hazards from the game itself, others are hazards created by other players.

That's right: Rust is online and puts you and other players to interact. The point is: you can either receive help or be killed by these players. And the tension is really there: who to trust to stay alive?

add a comment of Meet the 10 best survival games for PC!