FIFA 18 has several very strong teams that we see putting on a show in the Champions League with the best players in the world. In the midst of the European elite, you have to know well which are the best teams to beat without giving your friends the slightest chance.

These 10 teams are all very strong, but it's important to know the characteristics of each one to adapt to your way of playing. After seeing this list, there is no longer the excuse that "your team is stronger than mine". 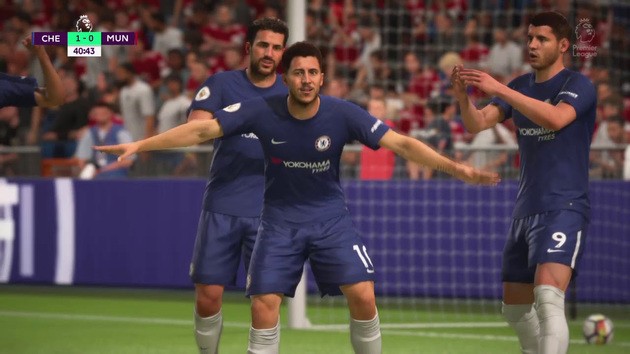 Chelsea are always candidates to win the Premier League and have a very strong squad. The midfield is the strongest sector with players like Cesc Fàbregas (85) and N'Golo Kanté (88). There is also a lot of creativity in the attack with the star Eden Hazard (91) and the international our countryman Willian (84).

If you like solid teams that play in an organized attack, Chelsea is a good option. However, the defense is slow, which can cause some difficulties against teams that play on the counterattack. 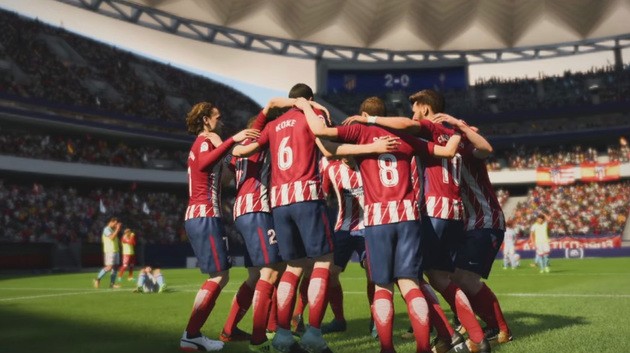 For those who like patient teams, who look for the distractions of opponents to score, Atlético Madrid is the ideal team. The midfield is slow, but the players have a lot of technique to make up for it. 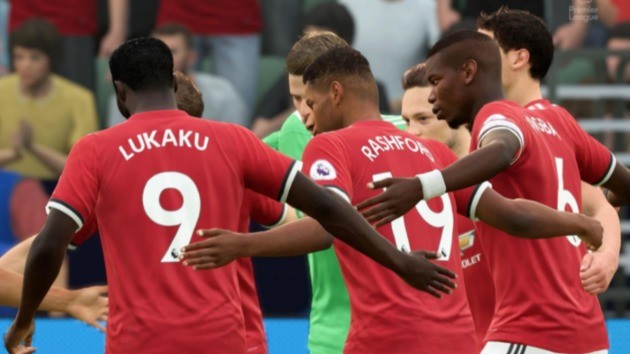 Manchester United is a team that has invested a lot in recent years and has several world-class stars. The team of coach José Mourinho has one of the best goalkeepers in the world De Gea (91), with the super midfielder Pogba (88) and the powerful striker Lukaku (86).

Manchester United's attack is strong and very fast with players like Rashford (81) and Martial (83). If you like to attack with a lot of speed, this team has what it takes to win.

However, defense is the Spurs' weak point. If you face very fast teams, you will experience some difficulties in defense. This team has a lot of potential and, if you exploit the attack well, you can score a lot of goals. 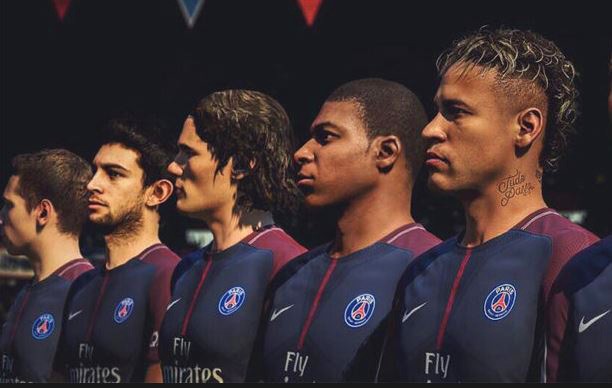 They have everything to go well with the Paris SG attack, but it is necessary for the ball to reach the attackers and that is the problem. The midfield is not very good, with the exception of the Italian Verratti (87). 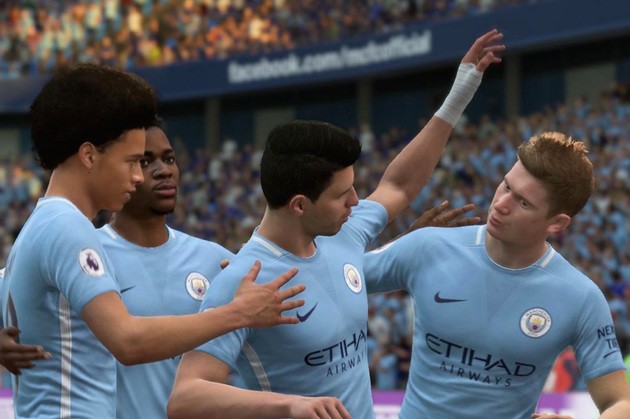 Guardiola's squad is clearly one of the strongest in FIFA 18. The midfield led by Kevin De Bruyne (91) and David Silva (89) is probably the deadliest of them all. In attack, there is the super fast trio, composed of Sané (85), Sterling (85) and Aguero (89) – capable of destroying any defense.

The 2022/2022 Premier League champions are a team with enormous attacking power. In defense, the pair of defenders Kompany (85) and Otamendi (85) are very efficient. 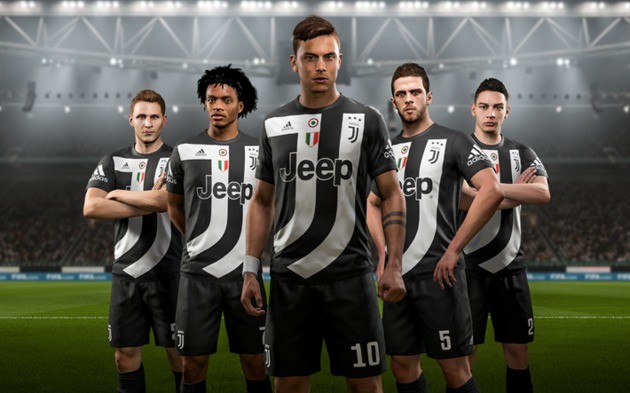 Juventus are the only Italian team on this list, but they are a true match-winning machine. The losing finalists of the Champions League 2022 are deadly in attack with the Argentine duo Paulo Dybala (89) and the goalscorer Gonzalo Higuaín (90).

The wingers Juan Cudrado (83) and our countryman Douglas Costa (84) are fast and perfect to play with the attacking duo. Midfield and defense are very solid sectors, despite not being fast. 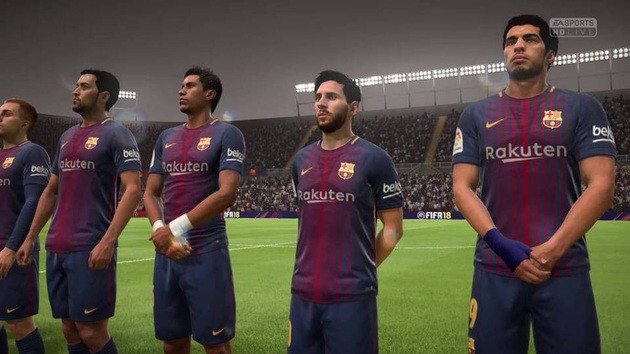 It is customary for Barcelona to be FIFA's deadliest attack and this year is no exception. Lionel Messi (94), along with his attacking partners Suaréz (92) and our countryman Coutinho (87), makes any defense in the world tremble.

The defense is not perfect, but it does its job very well where defender Pique (87) is the main protagonist. Barcelona is full of stars and nobody has a problem playing with this team. 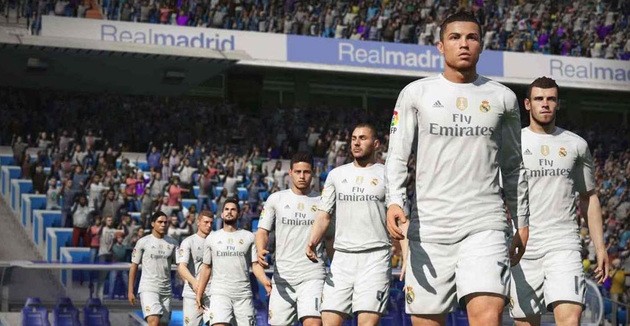 Real Madrid have won three Champions Leagues in a row and are almost a perfect team, with a lot of experience. Cristiano Ronaldo (94) is the superstar and is surrounded by other stars such as Luka Modric (89), Toni Kroos (90) and Gareth Bale (88). Sergio Ramos (90) is the captain of the team and probably the best defender in FIFA 18.

Real Madrid are very fast on the counterattack and an excellent option for those who like to play fast. If Cristiano Ronaldo gets some space, he is certainly a big threat to his rivals. 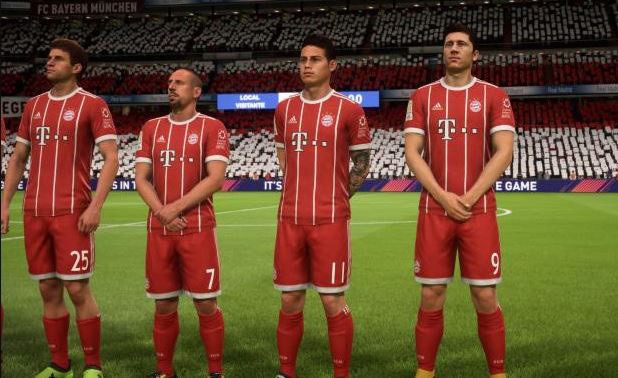 The strongest team in FIFA 18 is the German team FC Bayern Munich. It is the most balanced team in all sectors and is made up of great stars such as scorer Lewandowski (91), James Rodriguez (87), Thomas Muller (86) and experienced wingers Robben (87) and Ribery (85).

In defense, there is a lot of security with the duo of defenders Hummels (90) and Jérôme Boateng (87) and the full-backs David Alaba (85) and Kimmich (84). Not forgetting the goalkeeper, the German giant Manuel Neuer (92).

If you choose FC Bayern, you won't be afraid of any FIFA 18 team!

Now that you know the best teams, meet the top 10 players by position!

Check out the best teams from our country in FIFA 18!

FIFA 18: good and cheap players for all positions

Meet the most promising young players in FIFA 18