There are twenty-one different troops in Clash of Clans in the traditional game mode. In the Builder's House mode, you have eleven. Together with Heroes, spells, and siege machines, these troops form the army you'll use in Campaign and online multipayer. So knowing what you have at your disposal is very useful.

In this sense, we bring in this article a list of all troops available in all Clash of Clans modes. Plus, we'll teach you the best tactics to assemble a furious and nearly unbeatable army for successful raids!

What you need to know about troops 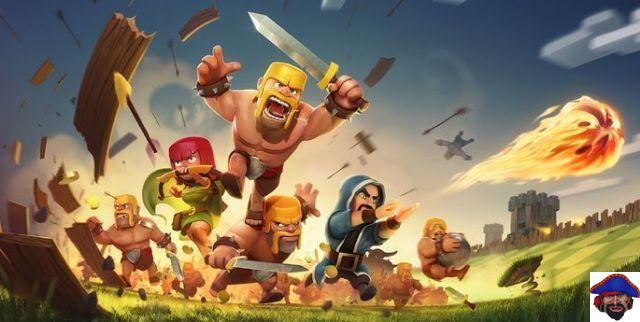 For the beginners out there, an army is not just made up of troops. There are also spells and Heroes. Some players would even include siege machines or weapons in this group. Each unit type is produced in a certain building, requiring a specific resource type for its production.

Troops, for example, are created in Barracks, and are later stored in camps. Of the twenty-one troops in their home village, thirteen use Elixir to craft. The rest need Dark Elixir, in addition to being trained in the Black Barracks. In the alternate mode of Clash of Clans, the eleven troops are created and trained in the Builder's Barracks.

Though few in number, Clash of Clans Heroes are quite useful both defensively and offensively. In her home village there are the Barbarian King, the Archer Queen and the Grand Guardian. Each supports its own form, making the King ideal for assisting archers and other light units, for example. In the Builder's House, we have the War Machine, which is controlled by the Master Builder himself.

Heroes only need to be summoned once, which is when their respective altar is built. Even though they are immortal, they need to sleep and regenerate whenever they take a lot of damage in a battle. They can be taken in a raid or they can be left at the base to defend it from enemy raids.

These machines have a very particular function: they transport your troops into battle. Each type of siege machine has a different way of carrying out this transport. Remembering that they are destroyed automatically as soon as you release your troops. If they are attacked, they can also be destroyed, although in this case they release the troops at the place of their destruction.

It is in the spell factory that you will produce and manage these spells. They are very useful and can save you in a tricky raid. In your home village, you can craft eleven spells, five of them in the dark spell factory. We remind you that in Builder's House mode there are no spells.

Troops available in the home village and in the Builder's House

Now that you know everything about all the components of an army in Clash of Clans, you need to know what your troop members are. Also, it is important to know the best combinations of offensive units to execute the best attacks online.

In the two tables below you will have all the troops available in the original Clash of Clans mode and in the Builder's House mode, respectively. Soon after, we give tips on how to assemble troops to carry out successful attacks.

Armies of the Builder's House 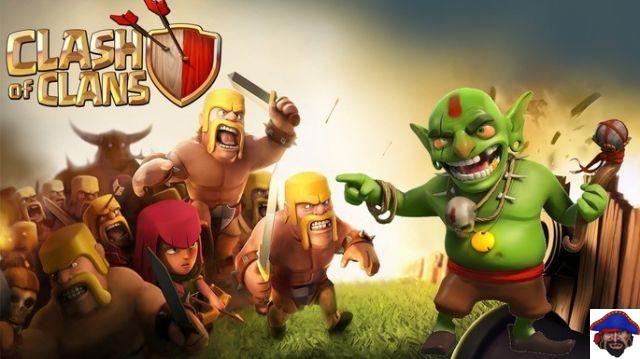 It is possible to assemble a great troop only with archers and barbarians. It costs little, but it has a fast, ferocious attack that does a good amount of damage to enemies. However, this combination of troops does not guarantee the total destruction of the other people's village, which makes it impossible to obtain three stars.


One of the most used combinations by professional players is the one known as Hogibarch. It encompasses five different troops: Barbarians, Archers, Wallbreakers, Giants and Runners. It is ideal for all situations, whether to obtain three stars or to farm in Clash of Clans.

This is due to the fact that this mix of troops guarantees tank units, which would be the giants, and two high-speed units, which are the barbarians and the archers. Wallbreakers and corridors are powerful against defenses, making room for the rest of your army to destroy everything.

You can also alternate some members of this group. Giants can be replaced by Dragons, for example, as these winged creatures form a tough troop that deals a lot of damage to enemies. Valkyries, on the other hand, are units that attack by area and can damage two defensive buildings at the same time.

Learn all about the Town Hall in Clash of Clans!

Check out precious tips to do well in the game!

Audio Video Meet all the Clash of Clans troops and assemble an unbeatable army!
Meet all Terraria bosses and their drops! ❯

add a comment of Meet all the Clash of Clans troops and assemble an unbeatable army!