GoWiPe has been the most popular attack formation in Clash of Clans for years. Although some players believe that the strategy is no longer as effective, the truth is that it is still used successfully even at TH10.

Check below what is GoWiPe in Clash of Clans and how to run it! 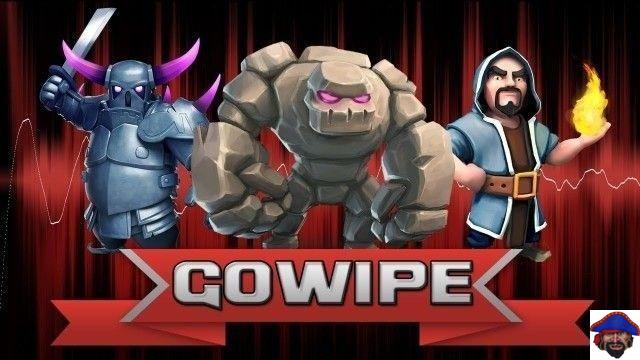 GoWiPe is an attack formation formed essentially by Golems, Mages (Wizards) and PEKKA It is considered the most effective and propitious strategy to give PT (total loss) to opponents.

The reasons GoWiPe is so good are:

GoWiPe is very efficient in securing 2 stars on offense. However, the strategy uses a lot of resources and is therefore little used when the objective is just farming. Normally, you will only do GoWiPe in clan wars or to raise trophies.

The rest of the training is open to debates but, depending on the level of the Town Hall, some good suggestions are:

See the different types of layouts in Clash of Clans!

Watch out for spells!

Pay attention to the spells you use and adapt accordingly. For example, if you are attacking a TH9 with low level walls, the Leap spell may not be necessary.

Likewise, if you're attacking a TH10 with Inferno Towers, Healing spells won't do any good. In this case, it is preferable to choose the Ice spell.

How to run GoWiPe in Clash of Clans 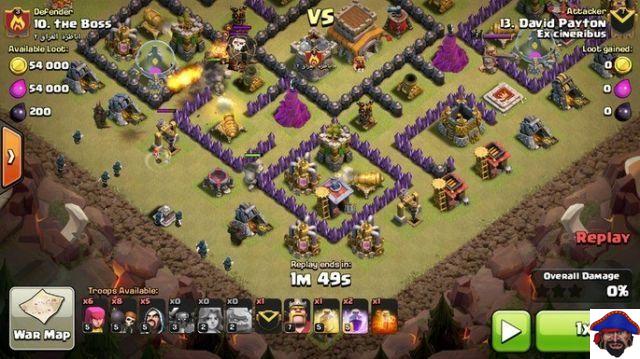 First, know that there is no fixed timing for you to release your troops, nor is there a fixed point at which you should launch the attack. Obviously, when to drop your units depends on the flow of the battle and the starting point will depend on the opponent's layout. However, the basic rules of GoWiPe are as follows:


1. Identify the side of the base that has the most heroes, mortars, or the most dangerous buildings. You will always want to get rid of the hardest thing first. Then do this step by step:

2. Drop the Golems. Make sure they are spaced far enough apart that a single defense cannot attack both.

3. Start releasing the Mages to destroy the outer walls. Place them evenly spaced to ensure the entire base will be destroyed within 3 minutes.

4. Drop the Bombers in groups of 2 until the outer walls and more layers are destroyed.

5. Release the rest of the Mages.

6. When the path to the center is relatively clear, drop the PEKKA. Distribute them evenly across the group of Mages. The objective is that each PEKKA can protect several Mages in the final moments of combat.

7. Be aware of the need to use spells. As units approach the center, cast Fury. Also be aware of when to heal units.

Audio Video Learn what GoWiPe is in Clash of Clans and how to do it!
Learn the best dribbles to do well in FIFA 19 ❯

add a comment of Learn what GoWiPe is in Clash of Clans and how to do it!