In football, dribbling is an art that can change the game and in FIFA 19, it is a fundamental technique. In addition to humiliating your opponent, you can make the difference 1 to 1 before the assist or even the shot on goal.

In FIFA 19 there are many dribbles, but we are going to teach you the ones that really matter. Those dribbles that are useful and practical, that can be done without losing the main objective: winning the match.

One of the great qualities of a football star is the way he receives the ball. In FIFA 19 there are several ways to dribble the opponent receiving the ball and, if he enters with a cousin, he will be humiliated. You can simulate, start at speed and even make a sheet. Watch the video for a closer look.

R1: the ball remains on the ground, but can simulate well with the body.

Right Analog: here the stop is to lift the ball. 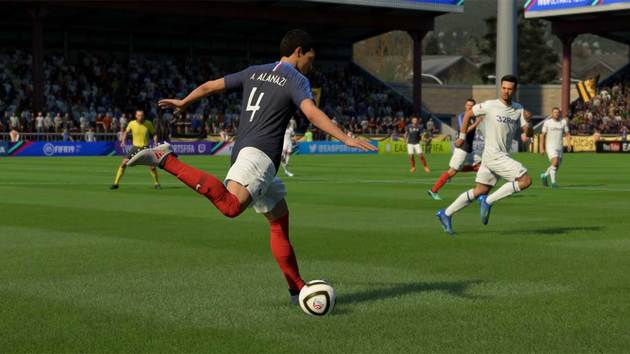 This is a move that has been around for many years in FIFA, but it remains one of the best. The idea here is to pretend to kick or pass the ball to trick your opponents. All players can perform this dribble, some better than others.

When the kick bar fills up, press to pass and the player will simulate a shot and surprise the defenders. This move is used a lot at the entrance of the area, when everyone thinks they're going to kick, and then you clear the way to enter. 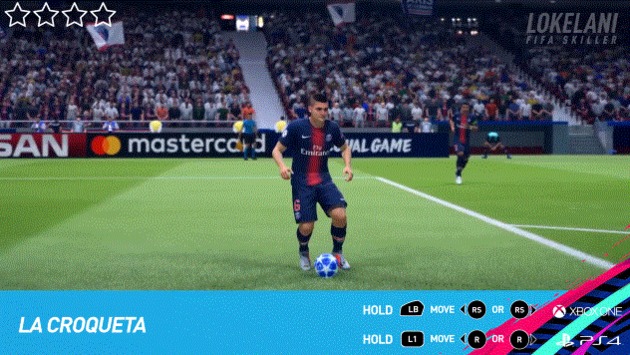 The world knew well this dribble at the feet of the magician Iniesta. This dribble by the former Barcelona midfielder can only be performed by players with four dribbling stars, but it is a very effective and fast move.

keep pressing L1 + right analog to the side that wants to perform this movement. Do the dribble when you are close to the opponents to come out perfectly. 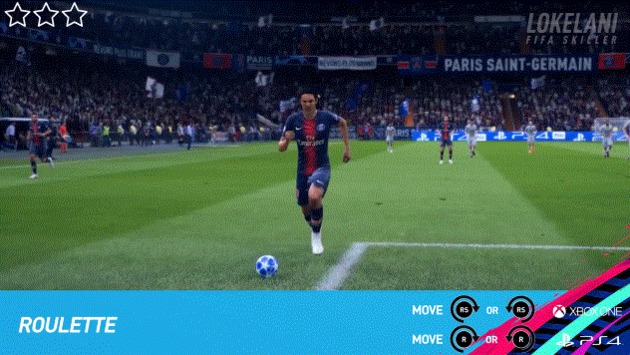 This dribble became very famous with the French star Zidane. In FIFA, it's a dribble that works very well to get past defenders. To execute Zidane's dribble, you have to give one turn on the right analog to the side you want. To perform this dribble, your player needs to have three stars in the dribbling attribute. 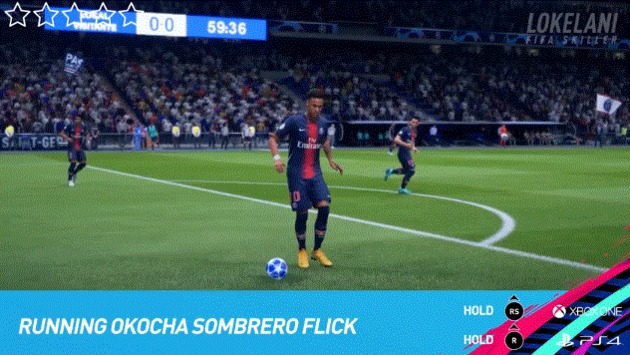 There are countless players who have already taken a sheet from Neymar. Learn how to do this humiliating dribble and pass your opponents in style. Only players with five dribbling stars can execute this highly technical move.

When approaching your opponent with right analog, press a second in the direction you intend to dribble.

There are many dribbles in FIFA 19, some very useful and others to show off the ball. In this video by YouTuber Porridge Gamer, you will learn all the dribbles to know everything you can do in FIFA.

Remember that not all players can do all dribbles, always check your dribbling attributes. And then it's training a lot, because there are dribbles that are more difficult to execute.

Meet the best players by position in FIFA 19

Check out the most promising players in FIFA 19

Audio Video Learn the best dribbles to do well in FIFA 19
Learn all the slang and expressions used in Mobile Legends! ❯